Nicolás Escobar had lived in his uncle's former apartment for five years before he says a vision led him to open up the wall. 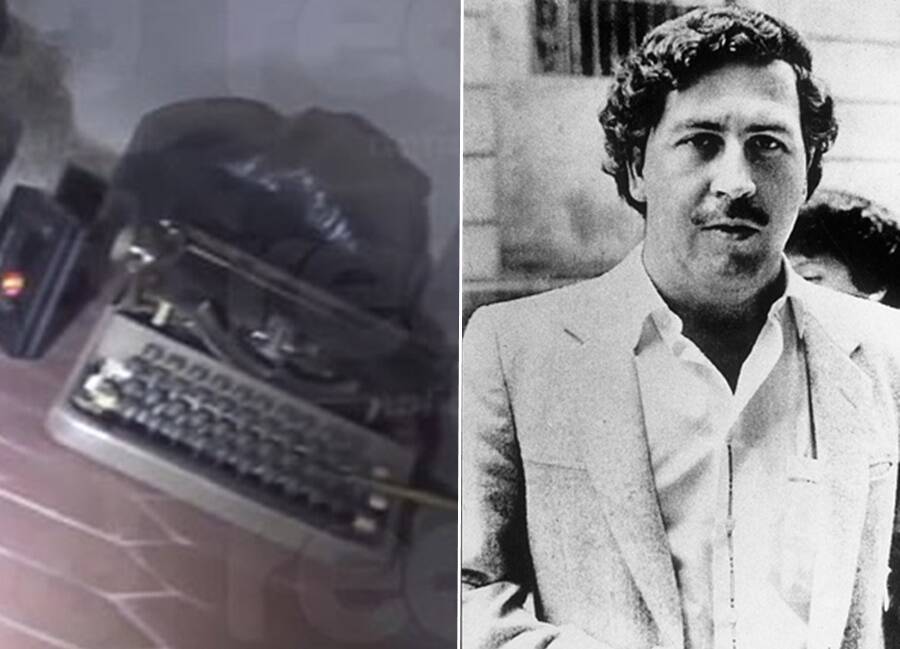 Red+Noticias/SIPA Press/ShutterstockPablo Escobar’s nephew shared his discovery of his drug lord uncle’s hidden stash in one of his old homes.

After the death of the infamous drug lord Pablo Escobar during a police shootout in 1993, rumors that he hid millions of his drug money at his numerous properties have remained alive. But now it seems these stories may not be myths after all.

One of his nephews, Nicolás, found a hidden stash inside the walls of one of his uncle’s apartments. The hidden loot included several valuable items — including $18 million in cash.

According to The Independent, Nicolás was pretty close with his uncle, who was one of the richest and most wanted men alive during the height of his cartel’s drug operations. He has been living in an apartment that belonged to his uncle for the last five years.

During his residency at his uncle’s former place, however, strange things happened. Nicolás says he received bizarre ‘visions’ which led him to look inside the walls of the apartment.

“Every time I sat in the dining room and looked towards the car park, I saw a man entering the place and disappearing,” he said.

Sure enough, inside the apartment’s walls, Nicolás found a number of items that once belonged to his uncle. Most notably, the hidden stash included a bag full of cash worth $18 million. “The smell [inside] was astonishing. A smell 100 times worse than something that had died.” He said.

In addition, he also discovered a typewriter, gold pen, satellite phones, several deteriorated banknotes, and an undeveloped roll of film. Nicolás shared footage from his discovery with Colombian TV station Red+ Noticias and spoke to the news outlet about his uncle.

In the video, it looks like Escobar’s nephew managed to break a sizable hole through one of the walls that he claimed the ‘vision’ had led him to. Behind the hole was a hidden room where he said the discovered items had been secretly stored.

While this discovery would perhaps shock any other family, Nicolás admitted it wasn’t the first time he had found large sums of cash hidden inside his kingpin uncle’s hideouts from authorities.

Nothing surprises the drug lord’s nephew anymore, who accompanied his uncle on many occasions, meaning he probably saw a few hair-raising things. Once, he said, he was kidnapped by people looking for Pablo Escobar’s whereabouts. When they couldn’t find him, they turned on his nephew instead.

“I was tortured for seven hours. Two of my workers were attacked with a chainsaw,” Nicolás said. 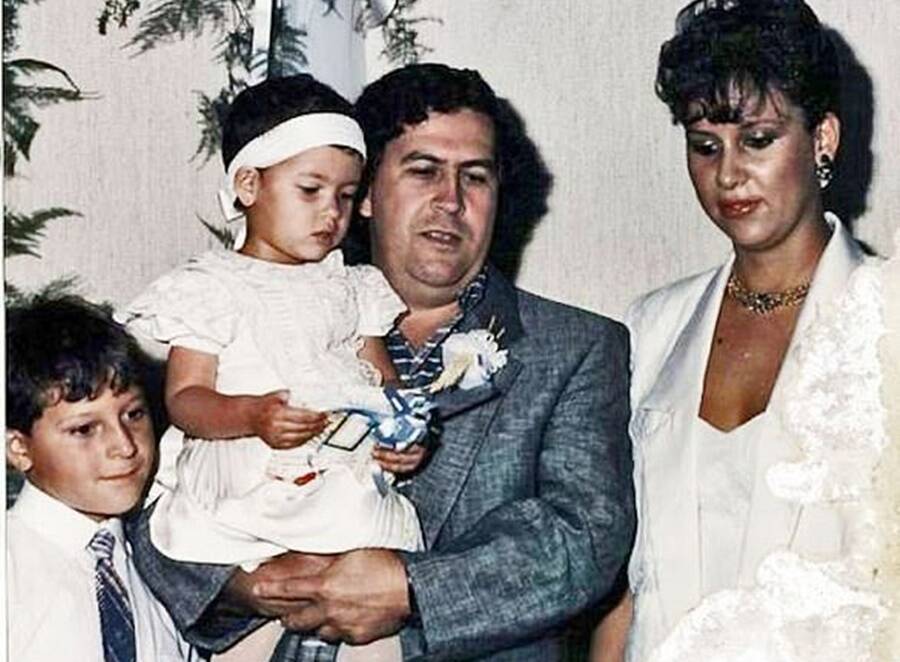 Daily MailPablo Escobar’s net worth was estimated at $30 billion.

Pablo Escobar, nicknamed the “King of Cocaine,” was the boss of the ruling drug cartel in Medellín, Colombia, which he first formed in the 1970s. At the height of the cartel’s business, roughly 80 percent of the cocaine smuggled into the U.S. was believed to be supplied through Escobar’s crew.

Escobar became one of the most wanted me in the world after the U.S. government issued an extradition order over the drug boss. But Escobar wasn’t going to go down that easy. He targeted politicians, police, and journalists who tried to go after his business and is allegedly responsible for some 4,000 deaths.

He was finally arrested in 1991 but, strangely, detained inside a prison he designed himself dubbed ‘La Catedral.’ However, his imprisonment did nothing to stop his drug business and Escobar continued to run his illegal operations from the special prison.

Pablo Escobar was also one of the richest men in the world. His cartel’s drug operations were estimated to generate a revenue of $420 million every week. The total worth of his fortune is difficult to calculate exactly but it’s suspected to be as high as $30 billion.

The kingpin regularly made the annual list of international billionaires curated by Forbes magazine. He ranked seven years straight between 1987 until 1993.

Yet, Pablo Escobar’s legacy is complicated by his humble roots and his reputation for handing out large sums of money and investing in the poor neighborhoods of the cartel’s territory, making him a popular figure to some Colombians.

And though the drug king has been dead for years, more of his obscene wealth, as evident by his nephew’s discoveries, could still be hidden away somewhere.

Next, go inside Pablo Escobar’s Death and the shootout that took him down. Then, read about Don Berna, the calculating drug lord and heir to Pablo Escobar’s empire who no one saw coming.