These rare photos of Pablo Escobar's family, including his wife and children, provide a seldom seen glimpse at the man behind the myth. 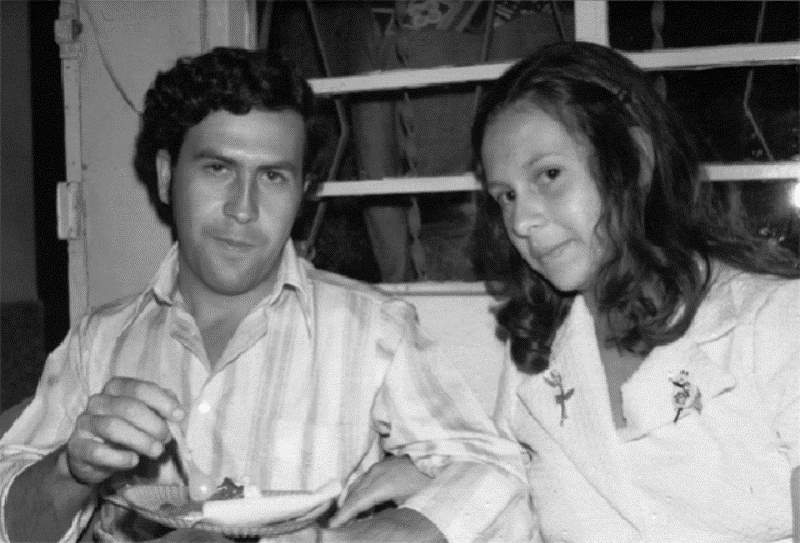 Pablo Escobar met his future wife, Maria Victoria, when he was 24 and she was 13. Though her family didn't approve of their relationship, the pair would remain together until Escobar's death.Vintage Everyday 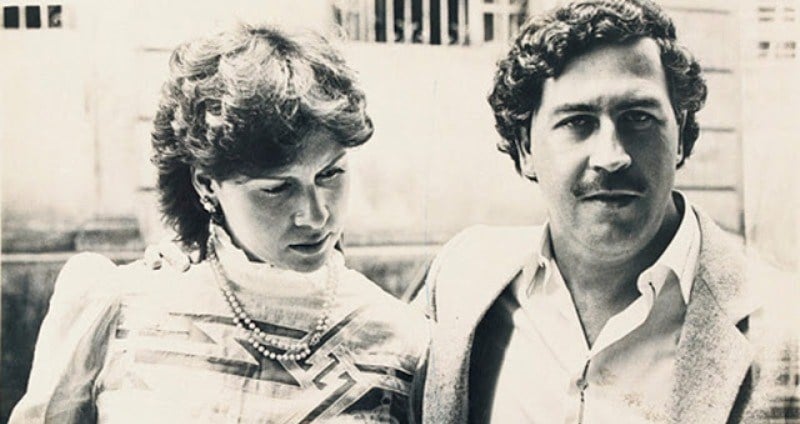 In March 1976, Escobar married Maria Victoria after dating for two years. She was 15 on their wedding day.Wikimedia Commons 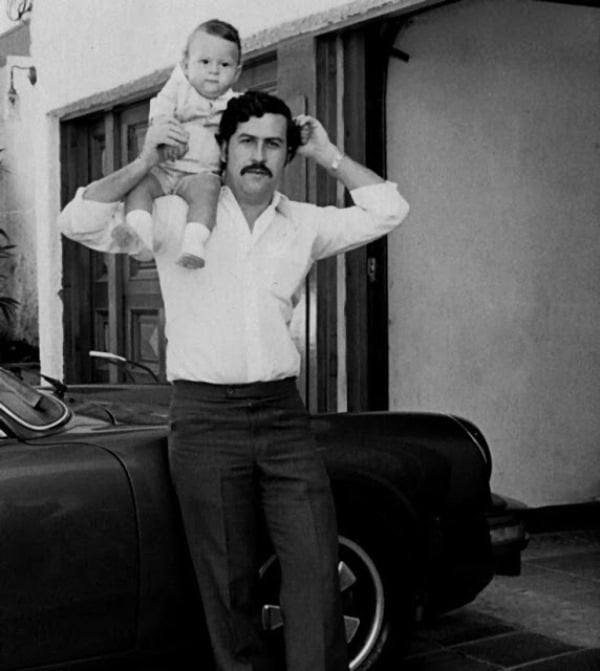 Soon after, they had their first child, Juan Pablo, who was born in 1977. 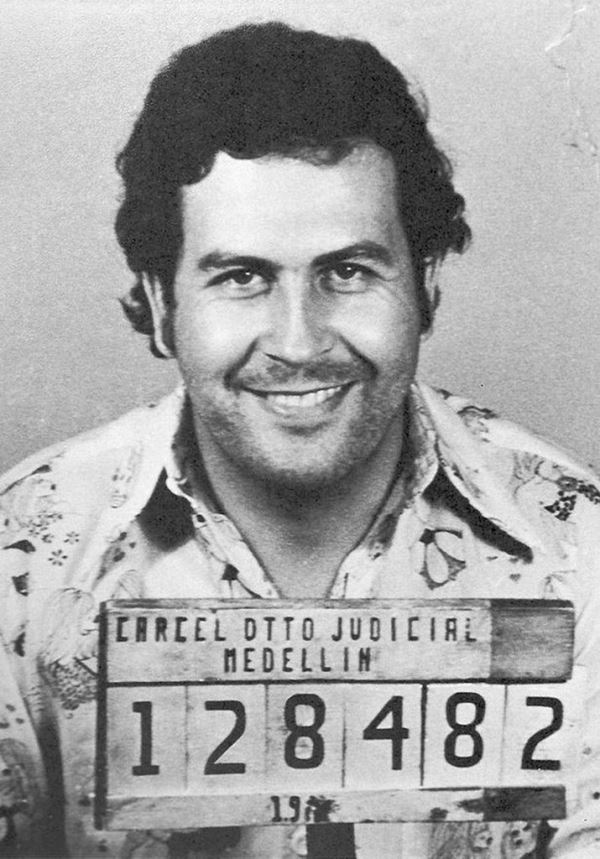 That same year, Escobar was briefly arrested, at which time the mugshot above was taken by the Medellín Control Agency. He would continue to elude law enforcement for the next decade.Wikimedia Commons 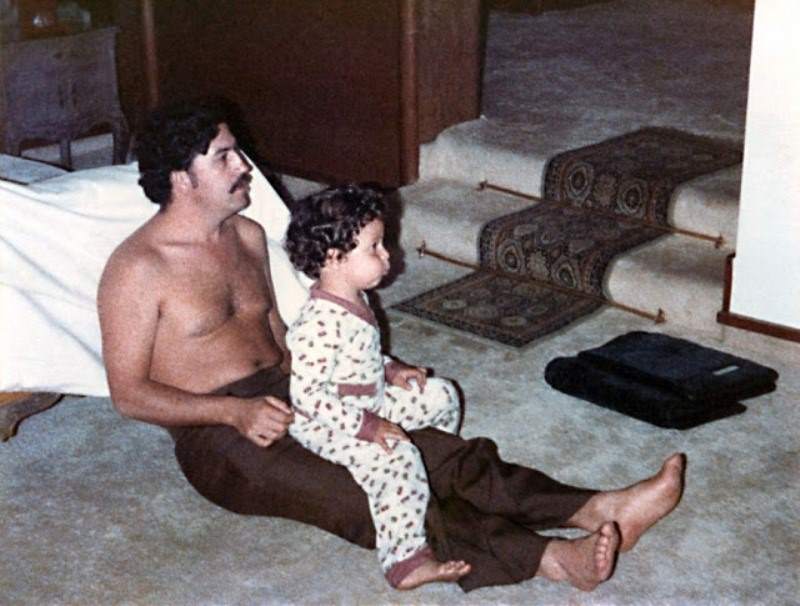 Escobar and his son watch television in the early 1980s in their newly constructed house, Hacienda Nápoles, the Escobar's estate 100 miles east of Medellín, Colombia. The eight square mile estate included a Spanish colonial house, a sculpture park, a private airport, and a zoo.Vintage Everyday 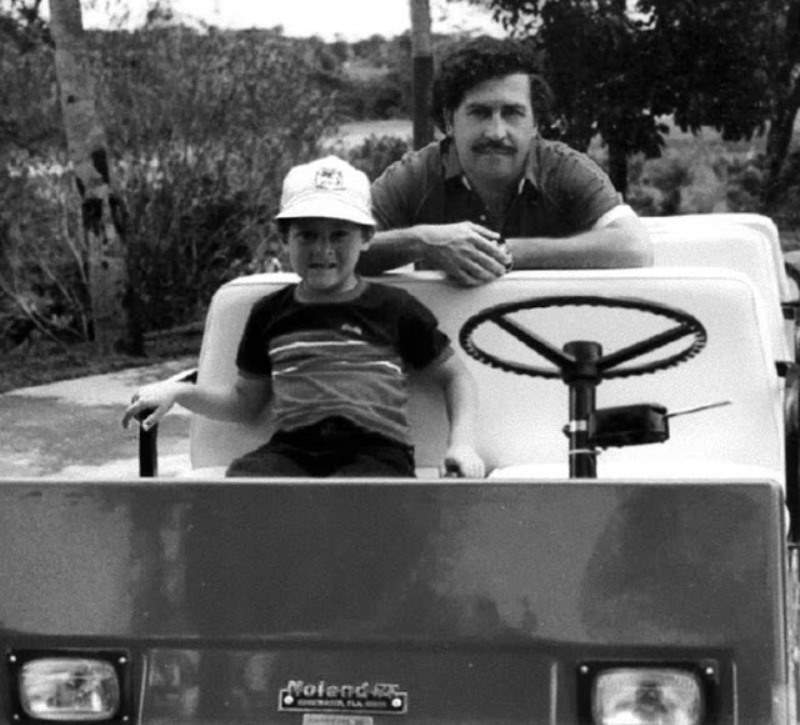 Hacienda Nápoles' private zoo included antelope, elephants, giraffes, and hippopotami. Due to the size of the estate, the Escobars typically toured their zoo in a cart.Vintage Everyday 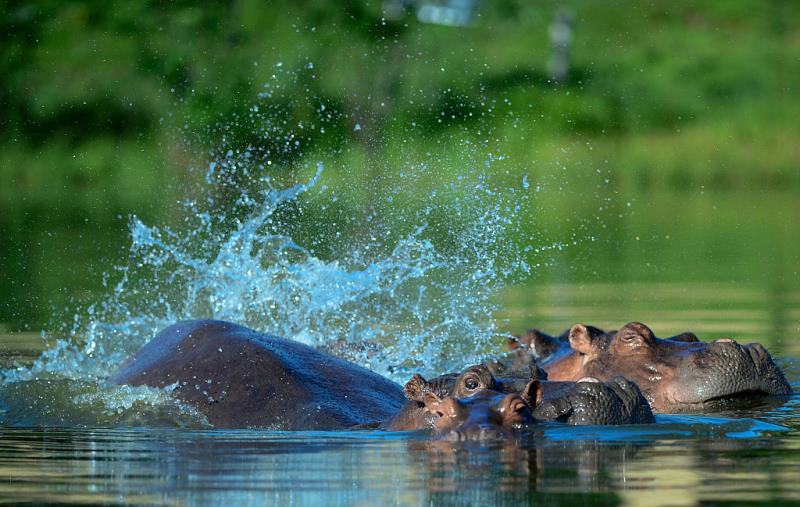 One of the more bizarre imprints of Escobar's life was the smuggling of four hippos for his private zoo in 1980s. After his death, the zoo went into disrepair and the hippos were forgotten about. But they managed to thrive and multiply, and in the process, have started to proliferate throughout Colombia.RAUL ARBOLEDA/AFP/Getty Images 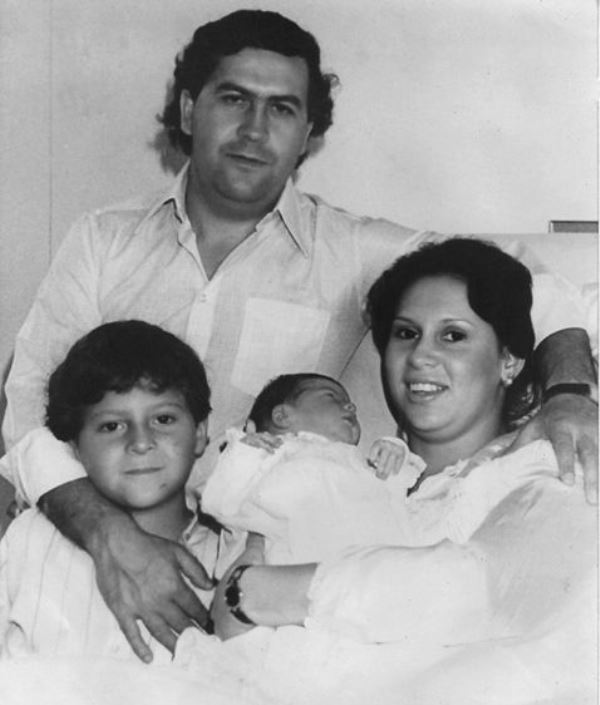 The Escobars welcomed a second child, Manuela, in 1984. 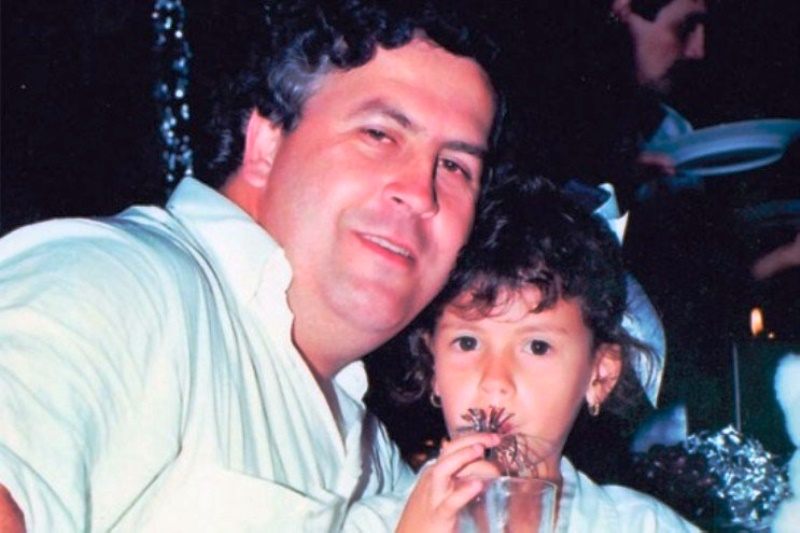 Manuela became Escobar's princess. When she asked for a unicorn for her birthday, Escobar bought her a horse and stapled a cone to its head and wings to its back. 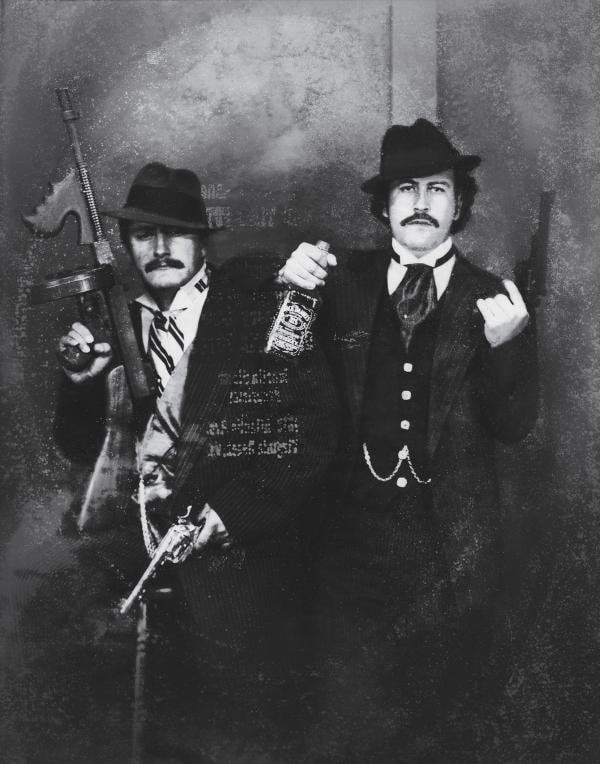 Escobar's cousin, Gustavo Gaviria, was his most trusted confidant and the financial head of the Medellín cartel. During a trip to Las Vegas in the 1980s, the pair posed as Old West gangsters in a staged photograph. 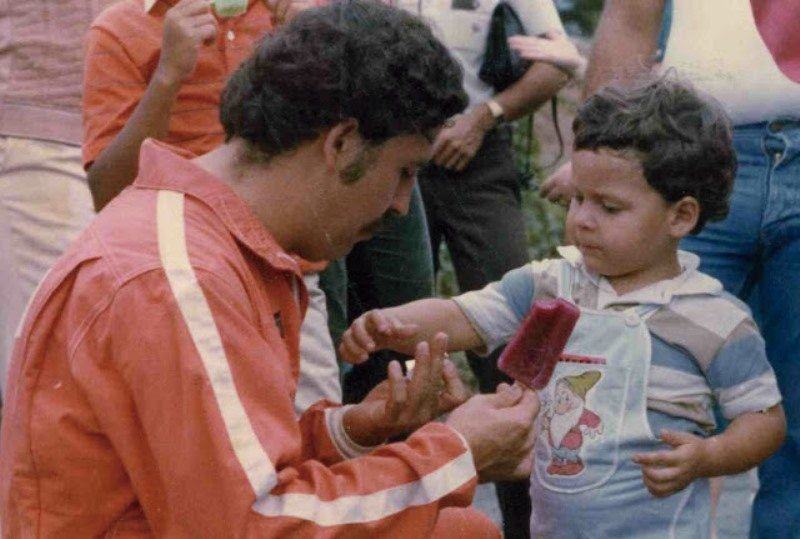 Escobar helps his son with a popsicle during a family outing.Vintage Everyday 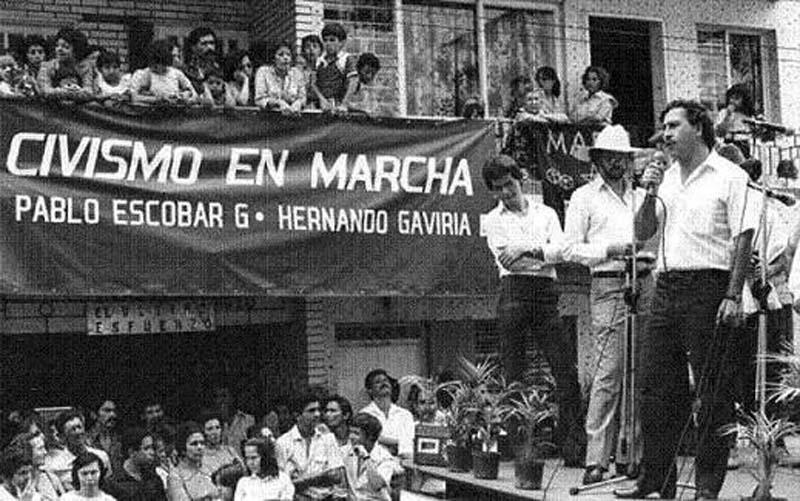 In 1982, Escobar successfully ran for Congress in Colombia as part of a larger strategy to prevent extradition to the United States. But the election victory turned out to be Pyrrhic: the heightened scrutiny brought to light Escobar's criminal activities and his history of murdering police, judges, and politicians.Wikimedia Commons 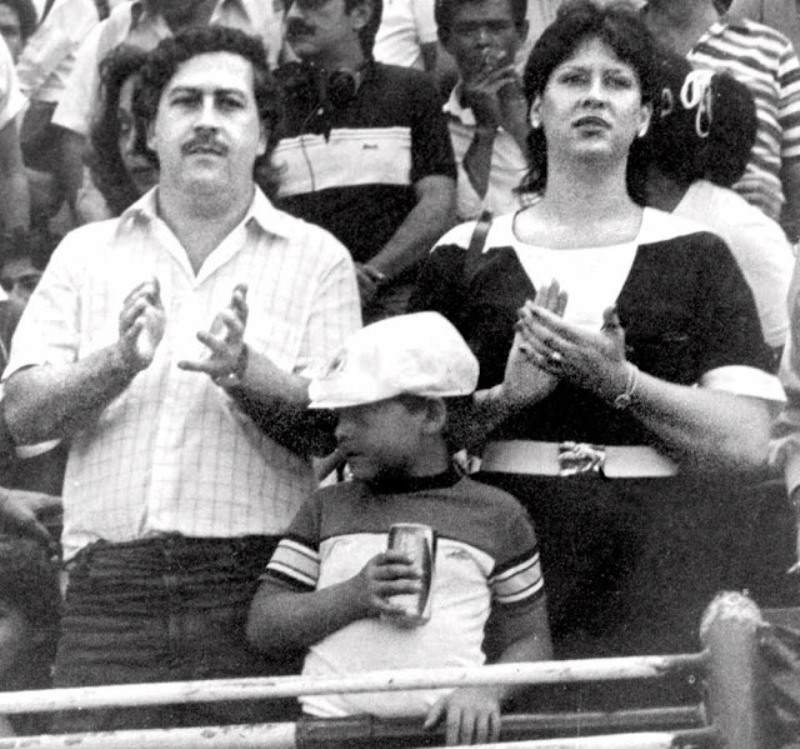 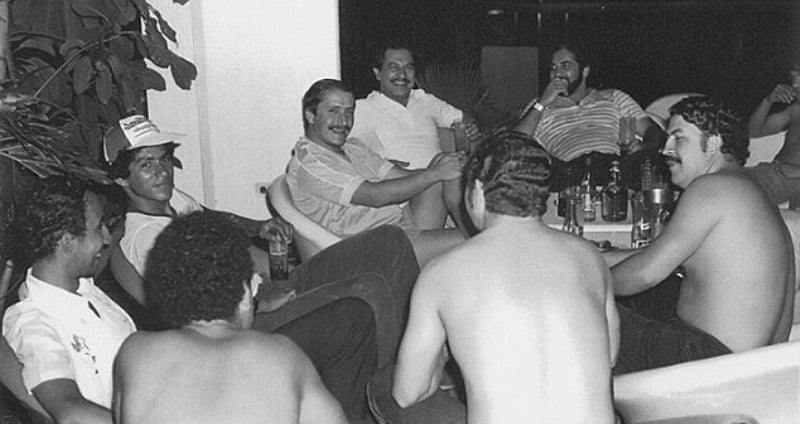 The leaders of the Medellín cartel were frequent visitors and adopted members of the Escobar family. At the height of their power, they controlled 80 percent of the global cocaine supply, which netted them upwards of $60 million a day. Getty Images 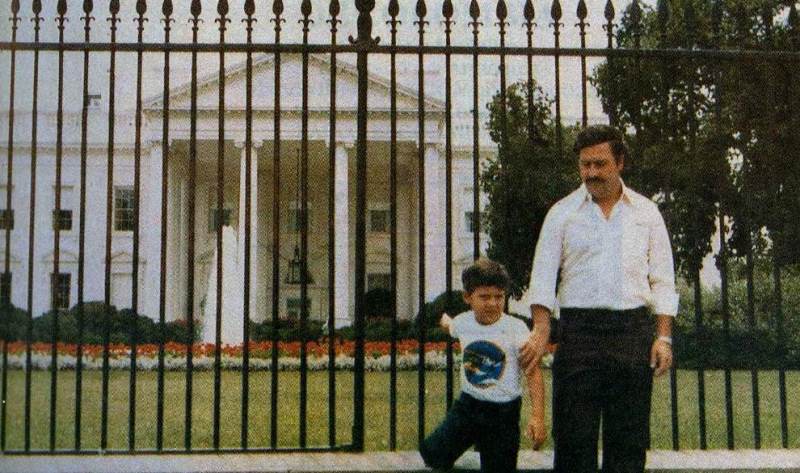 In the early 1980s, Escobar frequently visited the United States with his family. Above, Escobar and his son pose for a photo in front of the White House.Wikimedia Commons 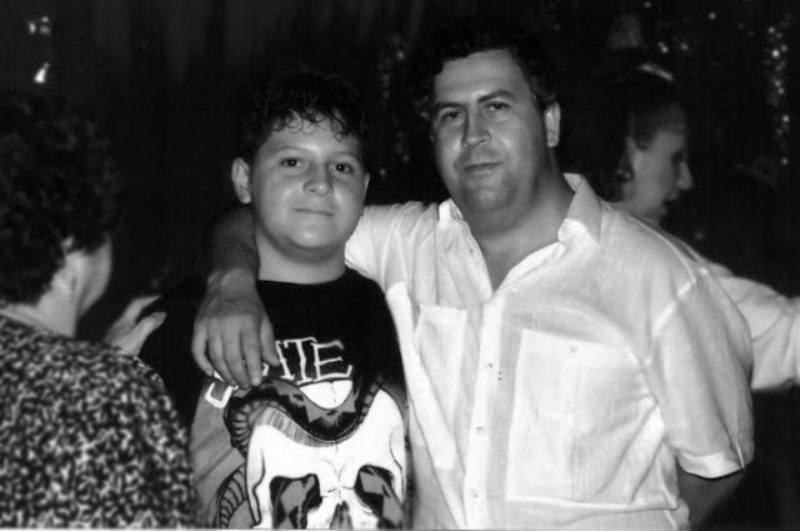 As the law caught up to Escobar, he was unable to spend much time with his family. In the last years of his life, he was shuttled from safe house to safe house, where he was restricted to three-minute phone calls with his family in fear of being located by Colombian authorities.Vintage Everyday 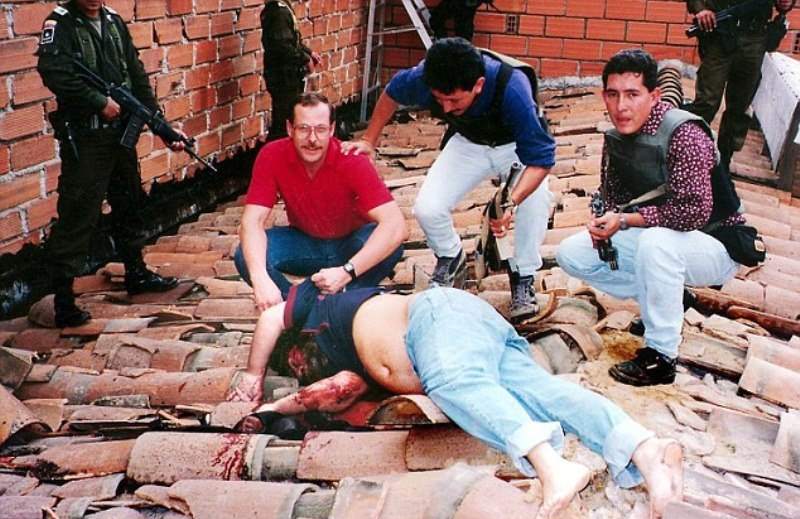 Using radio triangulation technology, Colombian special forces located Escobar after a cellular phone call was placed to his son on December 2, 1993. Within minutes, forces mobilized on the ground to capture Escobar that culminated in his death by the Colombian National Police.Wikimedia Commons 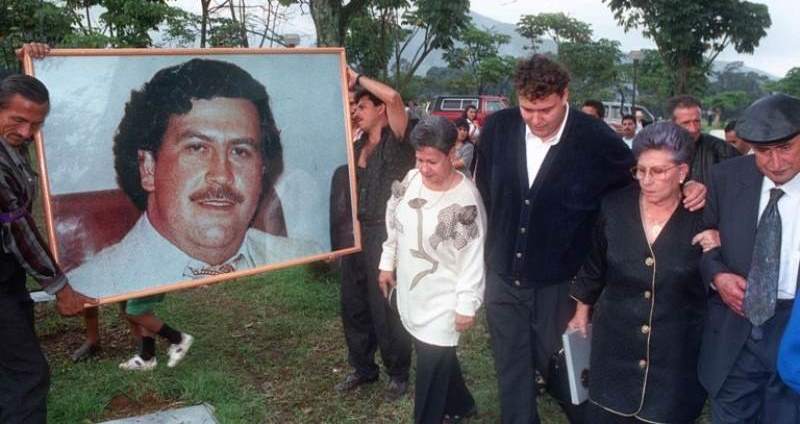 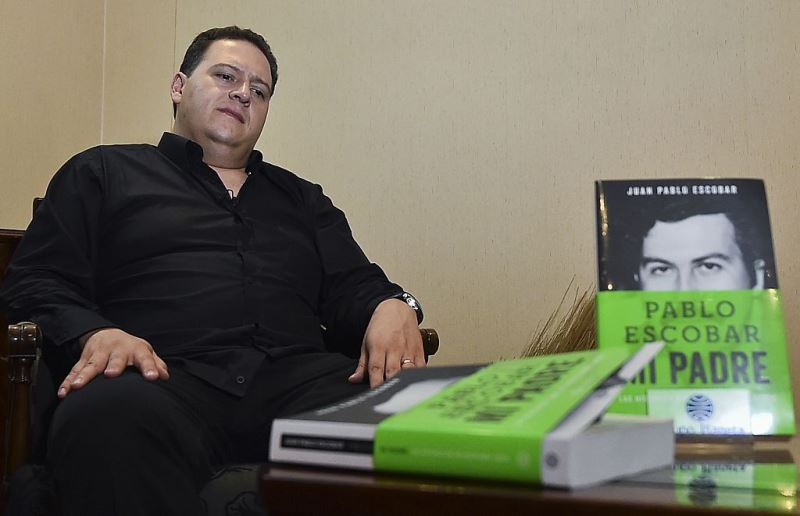 Juan Pablo Escobar came to denounce the actions of his father and subsequently changed his name to Sebastián Marroquín, He wrote a book entitled Pablo Escobar: My Father and pledged to donate some of the proceeds to his father's victims.LUIS ACOSTA/AFP/Getty Images 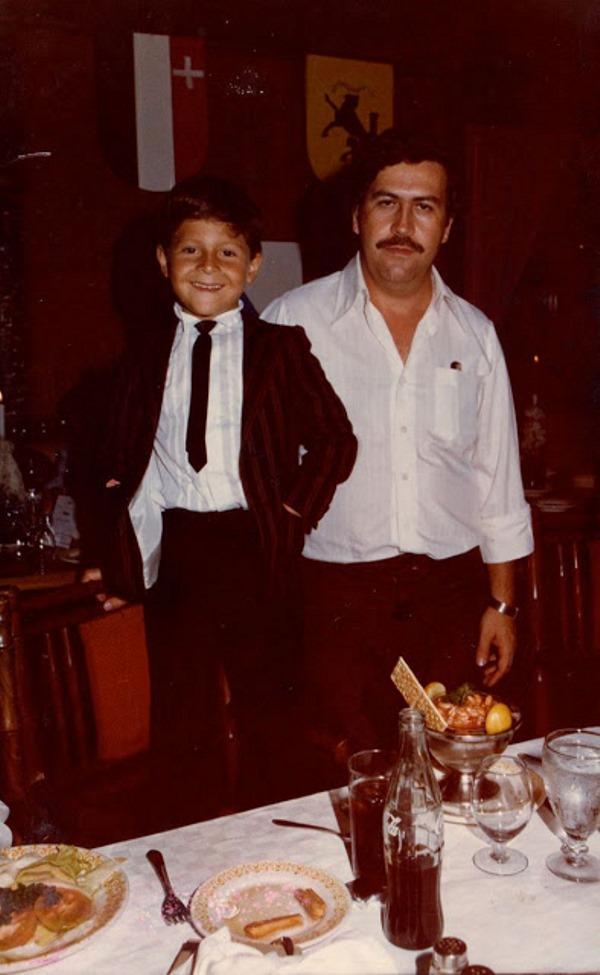 Juan Pablo also released a documentary entitled Sins Of My Father, which chronicles his attempts at reconciliation with the sons of Colombian politicians that were assassinated by Pablo Escobar.Vintage Everyday 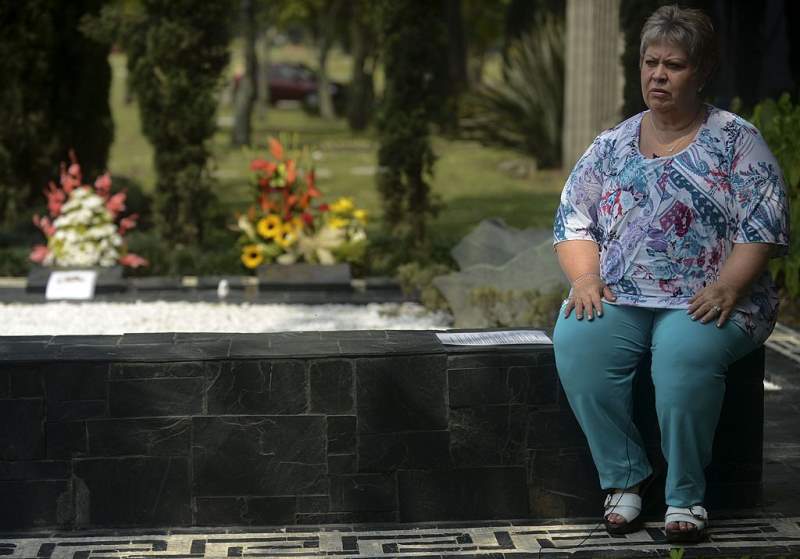 Escobar's sister, Luz Maria, sits on her brother's grave while visiting his burial place on the 20th anniversary of his death.RAUL ARBOLEDA/AFP/Getty Images 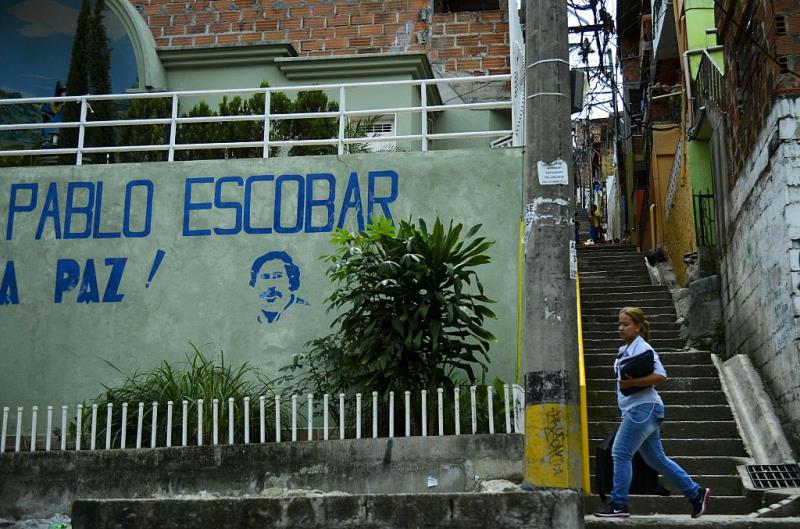 Regarded by some as a hero and by most as a villain, Escobar continues to cast a long shadow upon Colombia. In the above photograph, a woman walks past graffiti celebrating Escobar in his hometown of Medellín .RAUL ARBOLEDA/AFP/Getty Images 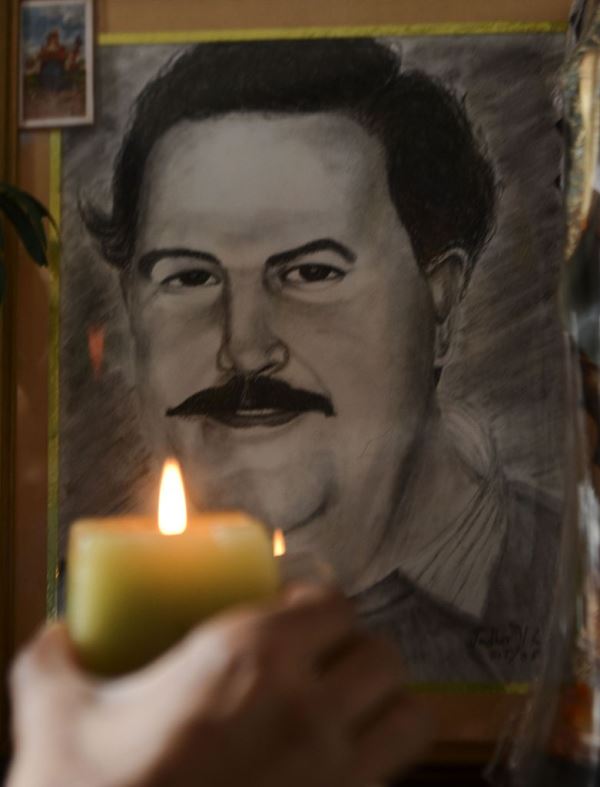 For many in the working class of Colombia especially, Escobar remains a hero. Above, a resident of Medellín lights a candle in prayer on the 20th anniversary of Escobar's death.RAUL ARBOLEDA/AFP/Getty Images

There are many facts about Pablo Escobar that confirm his mythological status. At the height of his power, Escobar was making $40 million a week. He bought a Lear jet just to fly his money. And he once burned a barrel of 2 million dollars just to keep his daughter warm.

His public and private personas exist in stark contrast to one another. Escobar is rightfully regarded as a butcher who would do anything to attain and maintain power: it's estimated that his organization was responsible for at least 4,000 deaths during his reign as the head of the Medellin cartel.

In private, Escobar was a man who put his family first to the point that his affection for his family allowed the Colombian government to track and kill him. Today, we explore the family photos of a man who was both a devoted father and the most ruthless drug kingpin in history:

If you're fascinated by all things Pablo Escobar, check out this video taken by a Colombian journalist at La Catedral, the prison that housed -- and was built by -- Pablo Escobar in the early 1990s:

Enjoy this gallery of Pablo Escobar's family life behind the drugs and crime? Then check out our other posts on Pablo Escobar facts and the crazy Instagram pictures of drug cartels.