After Pablo Escobar, There Was Don Berna — The Calculating Drug Lord No One Saw Coming

Pablo Escobar was vicious, but Don Berna was strategic and calculating — maybe that's why he survived and Escobar didn't. 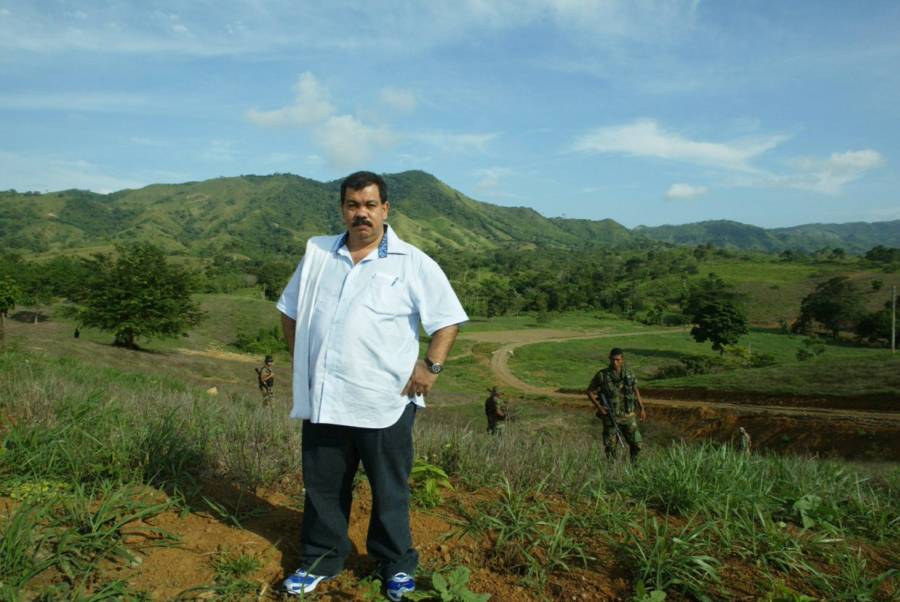 The official version of Pablo Escobar’s death states that Search Bloc, a Colombian special operations unit, shot him as he tried to escape across a rooftop on Dec. 2, 1993. But according to Diego Murillo Bejarano, the former Medellín Cartel enforcer alias “Don Berna,” it was none other than his own brother who shot Escobar in the head.

With Escobar out of the picture, Berna effectively became the unlikely heir to Escobar’s Medellín Cartel. Because he had been such an important asset for Colombia’s hunt for Escobar, Berna managed to develop a mutually beneficial collaboration between his criminal organization and the operations of the state.

As a result, he would become one of the most powerful crime lords Colombia has ever seen.

Don Berna was born Diego Fernando Murillo Bejarano in Tulua, in the Valle del Cauca along the Pacific Coast of Colombia. Early on, he joined the EPL or Ejército Popular de Liberación, a left-wing militant group also known as the Popular Liberation Army. But by the mid-1980s, he gave up on communism.

While Escobar was riding high as the “King of Cocaine,” Murillo Bejarano was washing cars for an elite Medellín businessman named Fernando Galeano in Itagui. Galeano was a close friend of Escobar’s and a member of his cartel. He soon employed Murillo Bejarano as one of his foot soldiers.

This job was in stark contradiction to the communist ties Murillo Bejarano had earlier pledged loyalty to. Berna’s past was at odds with Galeano’s anti-communist stance, and even worse, his life was at risk when Galeno went to war with his former comrades at the EPL.

But this wasn’t a setback for Berna. Instead, Berna saw this as an opportunity and used his knowledge of the group to kill a local EPL leader and win Galeano’s favor and trust. It didn’t come without a price, however. The EPL almost killed Berna after shooting him 17 times.

As it turns out, he survived and received a prosthetic leg as a permanent reminder of his betrayal. But moreover, he had made a powerful ally in Galeano who ran his own sub-clan in Escobar’s cartel. 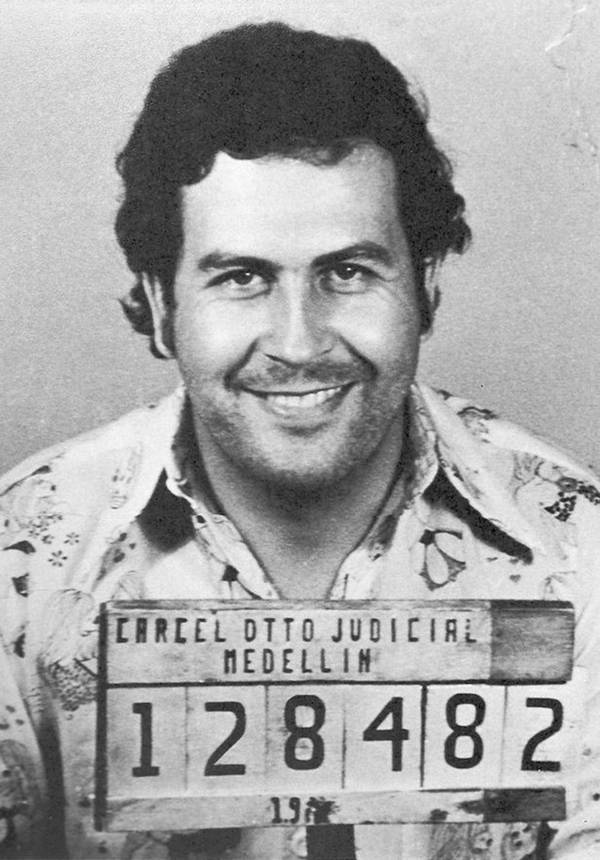 Berna was initially a fairly insignificant member in the Medellín Cartel. He drove Galeano’s car while Escobar spent the rest of the 1980s going to war with the police, battling the state over extradition, assassinating politicians and finally being incarcerated in his own self-constructed prison, La Catedral, in the early 1990s.

Because the Colombian government was lax in their punishment of Escobar, he was able to continue his drug-running from “prison.” La Catedral was more of a luxury resort than a holding cell.

While imprisoned, Escobar needed liquidity. For this, he turned to Berna’s boss Galeano, and Galeano’s close associate, Gerardo Moncada. Escobar handed over control of some of his most lucrative drug routes and as a result, Galeano and Moncado quickly became the prime drug traffickers within the cartel. They shipped tens of millions of dollars of cocaine throughout these routes every month.

By now, Don Berna was head of security for Galeano, a powerful position which gave him control over much of the inner workings of the Medellín Cartel and a powerful group known as La Terraza, which was a collection of Medellín sicarios or “assassins.” 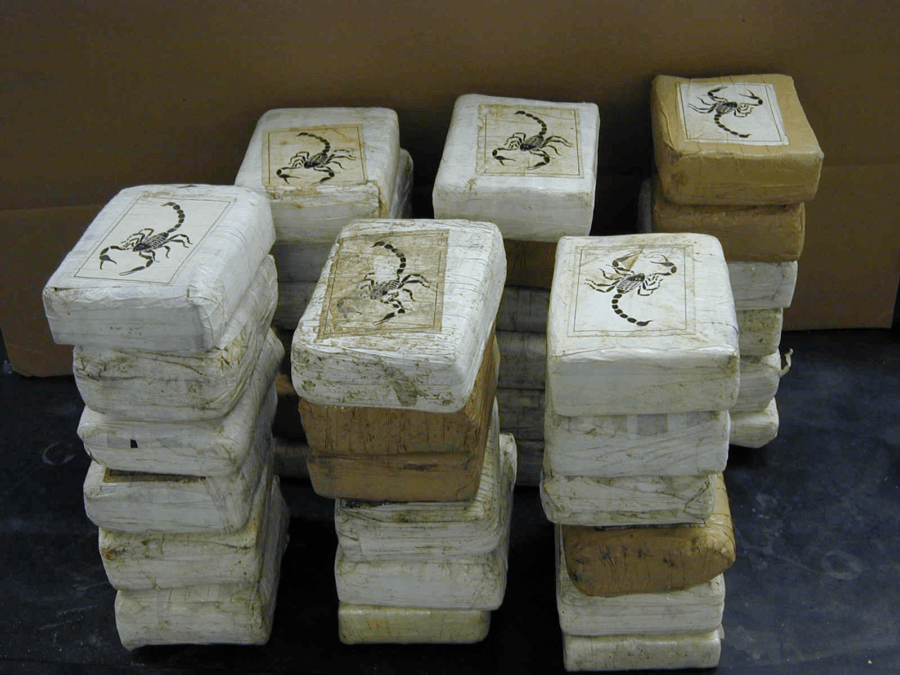 Berna was in a strong position and at the same time, problems arose between Galeano’s clan and Escobar. The drug lord had raised his monthly cut from $500,000 to $1 million. Obviously, his drug traffickers, including Galeano and Moncado, were not happy. To make matters worse, Escobar was convinced that the pair were stealing from him.

In July 1992, $20 million was found on one of Galeano’s properties. A a result, the pair were summoned to La Catedral. Berna warned his boss not to go, but Galeano didn’t listen. Later, top sicario John Jairo Velasquez confirmed that he and another hitman had killed Galeano and Moncado.

“We chopped them up and later set fire to what remained of them,” Velasquez said. “This was the beginning of the end, the trigger for all the war that in the end would send many to the grave.” On that point, he would prove correct.

To avoid retaliation, Escobar had Galeano and Moncado’s properties and money seized and a number of their family members and allies murdered.

But through a stroke of good fortune, Don Berna escaped. He went underground and Escobar tried to cut a deal with him that he would spare Berna’s life in return for Galeano’s brother, Rafaelito Galeano. Berna refused. Meanwhile, Berna found an ally in the Castaño brothers, two men whose thuggish influence in Medelliín was quickly on the rise. 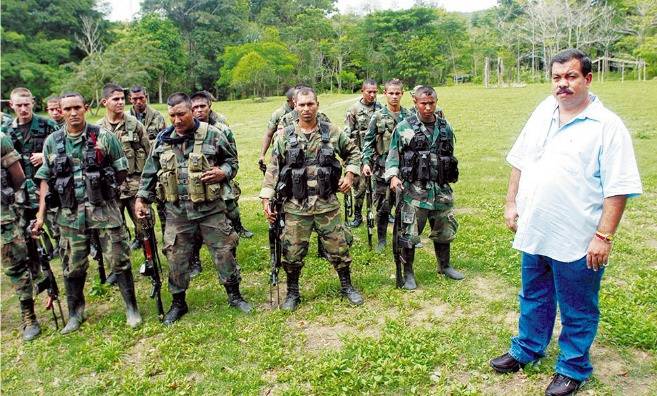 thedruglords.comDon Berna with the United Self-Defense Forces of Colombia.

While Escobar’s actions from La Catedral ignited a civil war within his cartel, he scored a load of enemies. He did eventually break out of La Catedral but was in quick pursuit by a group of men he’d betrayed known as Los Pepes.

Los Pepes, or People Persecuted by Pablo Escobar, was a creation of both Berna and the Castaño brothers. In essence, it was a vigilante group made up entirely of Escobar’s enemies, and this meant that Berna now had a strong power base derived from two powerful Medellín families: Galeano and Moncado. Berna was gradually and efficiently filling the power void left by Escobar in his imprisonment and escape.

Motivations for Berna’s ascension in the Medellín Cartel may have been more opportunistic than revenge for his boss’s murder. Through Los Pepes, Berna strengthened his hold on the Colombian drug market and fortunately enough, his vigilante group also had contacts within DAS, the Colombian armed forces.

Ultimately, Don Berna would join forces with the Police Search Bloc that would officially take credit for Escobar’s assassination. He was, in essence, the instigator behind his capture. Los Pepes used some $50 million from another cartel to hunt down and kill Escobar’s family and business associates.

In his book, Don Berna wrote that the police major leading the operation, “Congratulated us…There were shots in the air and shouts of ‘Viva Colombia!’ He asked me to leave because the press was coming and it would not be convenient if they saw me there.” 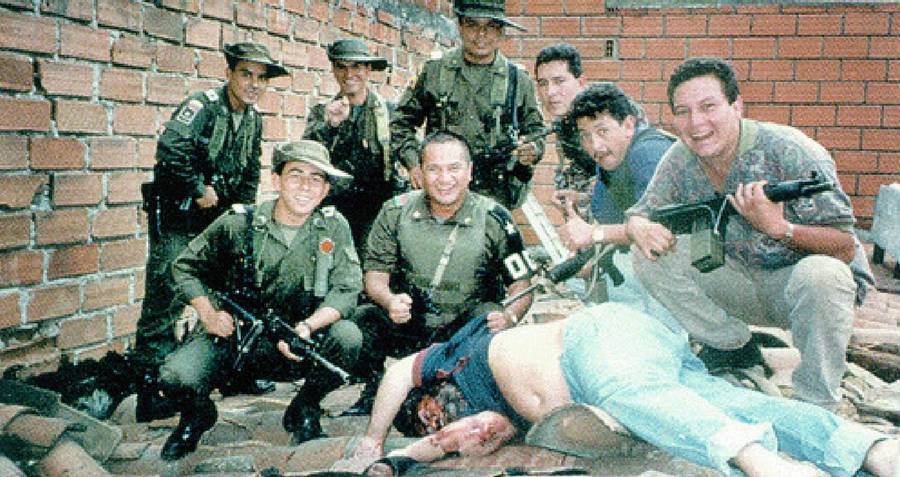 Wikimedia CommonsDon Berna was key in the fall of cartel leader Pablo Escobar.

In the aftermath of Escobar’s death in 1993, Berna found himself at the epicenter of police contacts, remnants of the Medellín Cartel, the Castaño brothers, and the drug traffickers from the Pacific Coast which become known as the Notre Del Valle Cartel (NBVC).

Berna took charge of a group of hitmen known as La Terraza, or “The Terrace,” which became the foundation for his new organization.

Many Medellín sicarios formed their own small bands after Escobar’s death, but Berna sought to consolidate them. He quickly gained control over these small groups by threatening to punish any who did not pay debts, drug taxes or obey his new set of underworld “laws.” His organization consequently became a sort of criminal police force.

Towards the end of 1994, Berna had also taken control of Oficina de Envigado, another group of sicarios leftover from the days of Escobar. This group began to run as a sort of police station for underground crime in Medellín and oversaw a campaign to rid the city of undesirables and guerrilla fights who got in the way of “urban redevelopment.”

Berna understood the use of mutual benefit in expanding his empire and was good at building relationships. For instance, he had a former contact in the Attorney General’s Office who ensured no cases were brought against him and his organization. He also managed payments to corrupt police officers, soldiers, and politicians. He had even earned the support of state security forces, businessmen, and the Catholic Church.

By 2004, Berna had control over all criminal activity in Medellín. He had turned Oficina de Envigado into a highly-organized machine which acted as an umbrella company for smaller, semi-autonomous collection offices that regulated the criminal underworld.

Services included extortion, assassinations, and private security, as well as collections on drugs and gambling. Berna’s group even used lawyers to seize properties which was a better option to the alternative — killing and cutting off fingers. 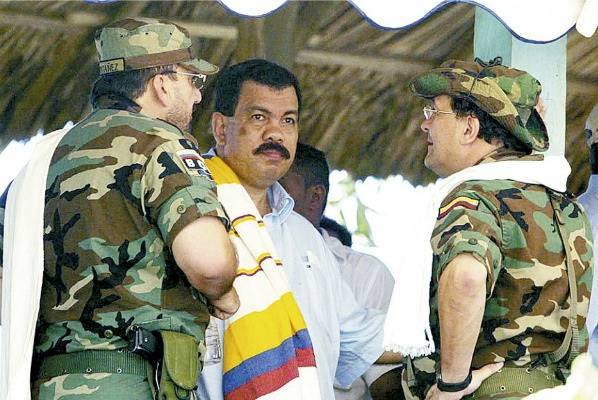 thedruglords.comDon Berna remained at the helm of the Medelliín Cartel until his arrest.

By 2006 have become the network through which cocaine was distributed. Don Berna had effectively built the most powerful organized criminal organization in Colombia’s history — and his methods were totally opposite Escobar’s.

Where Escobar had started a war with the State, Berna turned them into an ally. He learned through his hunt for Escobar that being at the apex of a criminal-bureaucratic alliance was far more powerful than heading a bloody opposition.

However, the criminal reign would not last for Berna. In June 2008, he was arrested and extradited to the United States where he pleaded guilty in a District Court of New York to “conspiring to import multi-ton quantities of cocaine into the United States.” He was sentenced to 31 years in prison.

His criminal business ventures have since fallen into disarray.

After this look at Diego Murillo Bejarano, a.k.a. Don Berna, learn more about the conspiracy surrounding Pablo Escobar’s Death, and while you’re at it, delve deeper into the detrimental impacts of the war on drugs and the Mexican drug war through these photos. Finally, learn all about Pablo Escobar’s cousin and business partner, Gustavo Gaviria.