New Mexico recently joined the dozen states and several dozen cities and counties around the U.S. that have abolished Columbus Day and adopted Indigenous Peoples' Day instead. 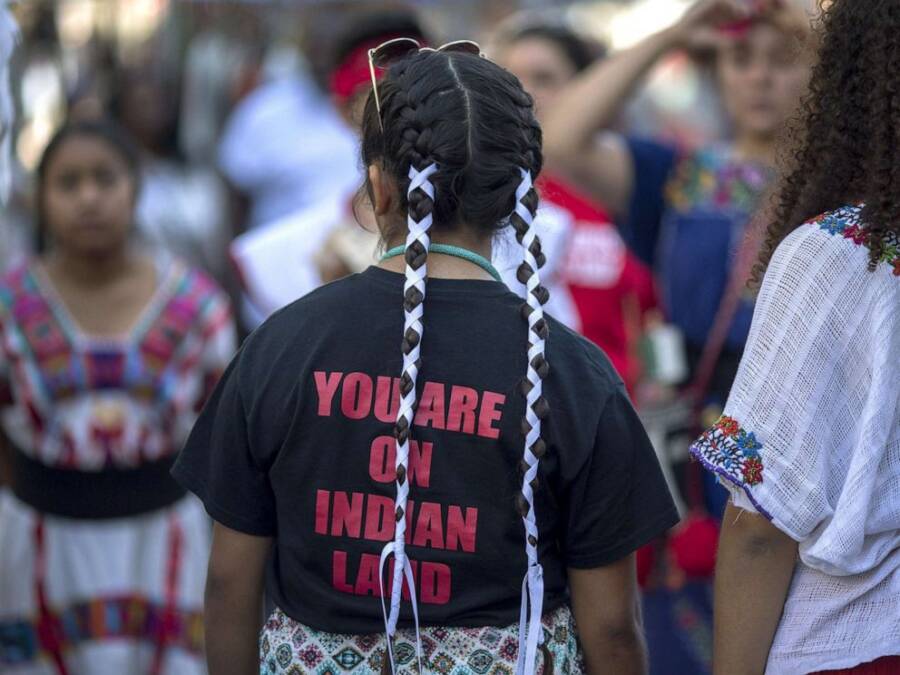 David McNew/Getty ImagesDancers prepare to begin their demonstration during an Indigenous Peoples’ Day celebration in Los Angeles in 2017.

After Governor Michelle Lujan Grisham signed the bill into law, New Mexico joined several other U.S. states in adopting Indigenous Peoples’ Day in place of a celebration of explorer Christopher Columbus, widely yet inaccurately touted as the man who “discovered” America in 1492. Opponents of Columbus Day argue that celebrating the Italian explorer represents a glorification of the oppression and genocide of Indigenous peoples in the Americas.

New Mexico’s Indigenous Peoples’ Day bill, technically known as House Bill 100, was approved by the New Mexico State Legislature in March 2019. But before the law even made the holiday legitimate, the state’s native tribes had already begun to act on reclaiming Columbus Day. For example, Jonathan Nez signed off on a proclamation to establish Indigenous Peoples’ Day for his people in 2017.

Navajo tribe leaders said that they hope that the new holiday will inspire people throughout New Mexico and beyond, especially the Navajo youth, to think about the country’s true history and appreciate Indigenous culture.

“It is a time to reflect on our understanding of our country’s history, both the good and the bad,” said state Rep. Derrick Lente after the bill passed the legislature in March. 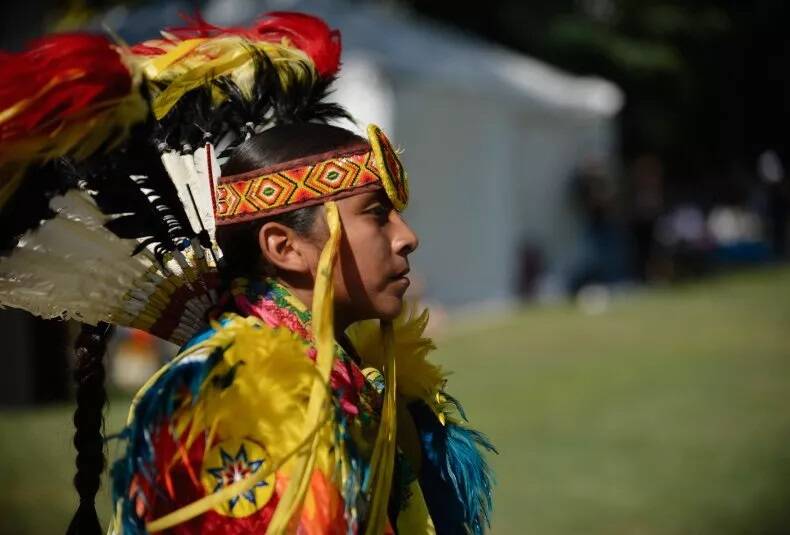 Chelsea Guglielmino/Getty ImagesAn attendee at the Indigenous Peoples’ Day celebration in California in 2018.

The movement to replace Columbus Day has been gaining steam in recent years as writers, lawmakers, historians, Native American advocates, and the public at large reckon with the extreme brutality inflicted upon Indigenous people by Columbus and the European explorers who came to America in his wake. Now, increasingly more cities and states like New Mexico have begun to abolish Columbus Day.

In all, about 130 combined state and local governments across the U.S. now have either abolished Columbus Day, adopted Indigenous Peoples’ Day in its place, or established another alternative celebration of some kind. According to CNN, states that do not observe Columbus Day as of 2019 include Vermont, Maine, New Mexico, Alaska, South Dakota, Oregon, Hawaii, Louisiana, Michigan, Wisconsin, North Carolina, and Iowa as well as Washington, D.C.

Major cities that have done the same include Phoenix, Denver, Minneapolis, Nashville, Dallas, Cincinnati, and Salt Lake City. Meanwhile, however, Columbus Day of course remains a holiday at the federal level.

Nevertheless, opposition to Columbus Day appears to be growing, especially among young Americans. A 2019 poll of college students found that more than 70 percent were against Columbus Day. 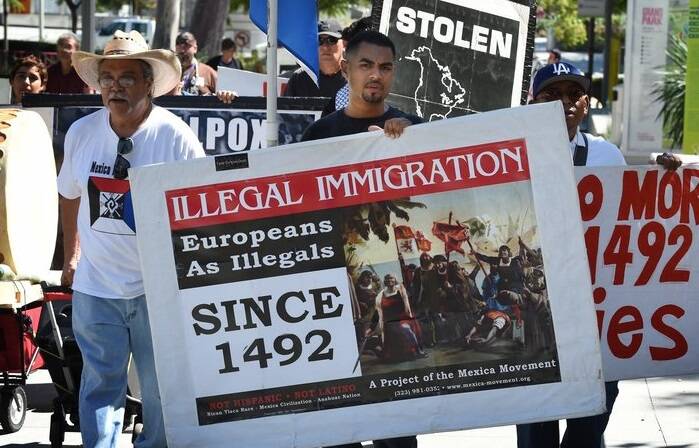 Opposition to Columbus Day had long been particularly strong in New Mexico, where Indigenous peoples coming from 23 different tribes make up about 11 percent of the state population. The adoption of Indigenous Peoples’ Day is a part of a larger effort statewide for Indigenous activists seeking to raise awareness of the genocides committed against Native Americans and protect their rights.

For example, according to the El Paso Times, activists in Santa Fe recently lobbied the city to discontinue the annual re-enactment of a 17th-century Spanish conquistador reclaiming the city.

But most of all, activists sought to do away with Columbus Day and cease its honoring of colonialism’s violent and oppressive legacy.

“The shift to Indigenous Peoples’ Day sends a strong message to the descendants of the people who once were sought to be extinguished that there’s a renewed appreciation for their resiliency and contribution to our great state,” said Rep. Lente. “It is a time to reflect on our understanding of our country’s history, both the good and the bad.”

After this look at Indigenous Peoples’ Day, read up on some fascinating facts about Christopher Columbus that everyone gets wrong. Then, learn more about the truth behind who discovered America.