How Historically Accurate Is “Downton Abbey?”

The wildly popular period piece is on its way out. How much of history did it get right - and wrong? 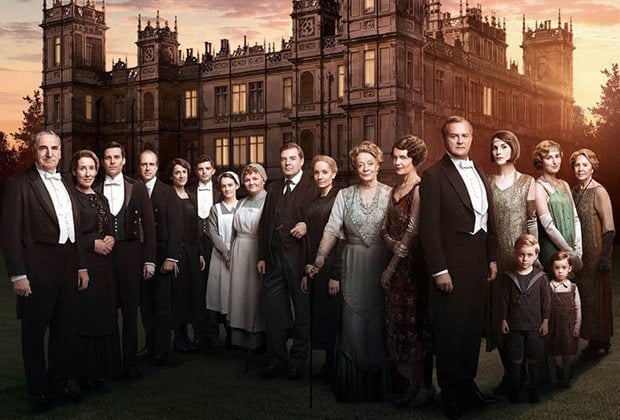 Downton Abbey has come to an end. The sixth and final season of the wildly successful costume drama finished taping last week, and a major (and perhaps surprising) motivation behind the show’s unpopular end is history itself.

Though the period drama is bidding us adieu, online and at-the-table discussions about the show continue, ranging from the accuracy of Downton table settings to the series’ costumes and corsets. In keeping with that spirit, here are four Downton plots that we think might have deserved some deeper digging:

The pilot episode takes place in 1912, just after the sinking of the RMS Titanic, which carried the heir apparent to Downton’s estate. The Crawley family, who owns the estate, has only managed to produce daughters, which is problematic since the daughters cannot inherit Downton. This is because of “the entail”— a phrase uttered expositionally throughout the first few episodes by practically every character.

The Crawley daughters’ inability to inherit has to do with primogeniture, which guided the British monarchy for centuries. In short, titles could be passed through men, not women. In some iterations, the title couldn’t even pass through a daughter to a legitimate son – primogeniture dictated, quite strictly, that titles belonged to male heirs and could not be tainted by a woman’s genteel touch.

The inheritance of the title brings with it the inheritance of real estate – referred to as the entail. The Crawley family’s strict adherence to the primogeniture means that cousin Matthew – not a Crawley daughter – gets the title, and the entail gets him everything else.

The eldest Crawley daughter – who is understandably miffed about all this – ends up marrying distant Cousin Matthew and they have a son. Spoiler alert: Matthew dies in Season 3. That means that his son with Mary becomes the heir. Phew.

However, the final series of Downton (which will air this fall in the UK) takes place in 1925, the same year that England abolished the entail. The primogeniture for titles remained, but as for inheriting real estate? It’s no more! That means that, technically speaking, the Robert Crawley could leave the whole kit and kaboodle to his eldest daughter, “solving” one of the show’s major problems for once and for all.

But here’s the kicker: he could have done that anyway, before 1925. By executing something called a disentailing deed, Crawley could have barred the entail and left Downton and all its trappings to his daughter. That, of course, would have meant no show – so we’re happy that Dad didn’t disentail.