New findings in western Idaho provide evidence that North America's ancestors arrived much earlier than was previously believed. But not everyone is convinced. 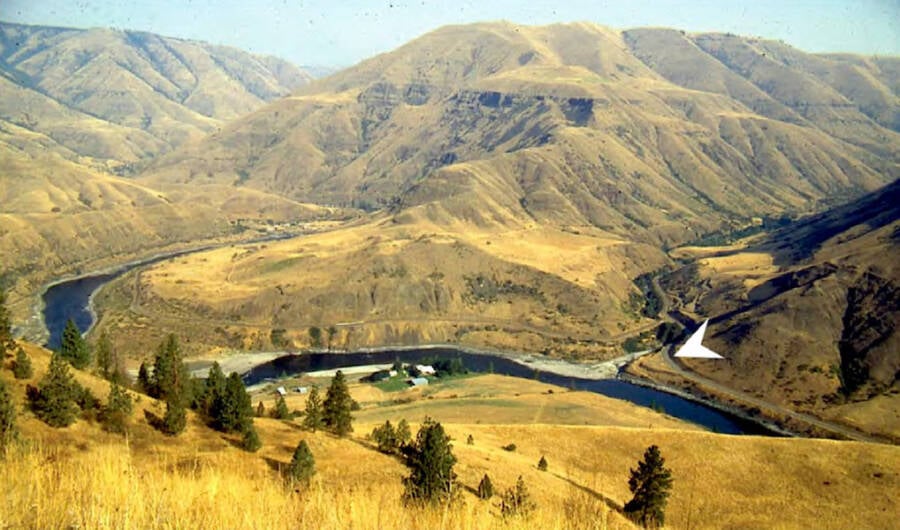 It’s widely believed that the first human settlers of North America reached the continent through the Bering Land Bridge, an ice-free landscape that connected Asia and North America after the last Ice Age around 14,800 years ago. However, new evidence suggests that the arrival of these first humans may have been much earlier than previously believed.

LiveScience reports that a team of researchers analyzed ancient remains found at the Cooper’s Ferry archaeological site located in western Idaho and found biological samples between 16,560 and 15,280 years old.

The discovery refutes the long-held theory that North America’s first humans stepped arrived some 13,000 years ago and that they did so by walking the ice-free land bridge between North America and Asia.

The excavation site has spanned 23 feet by 43 feet between 2009 and 2018. The team uncovered 189 artifacts in total, including 27 stone tools and 161 pieces of debris from the production of stone tools and weapons.

The team also found bone fragments from an extinct horse. The horse’s remains were found encircled by numerous stone tools not too far from what is believed to have once been a fire pit. This placement suggests that the early humans had killed, cooked, and ate the horse, and could be “the earliest radiocarbon-dated evidence of people interacting with extinct animals in North America.”

These finds all together, which were published in the journal Science, suggest that humans existed in Idaho around 16,000 years ago — over a thousand years earlier than when the Bering Land Bridge would have opened up. 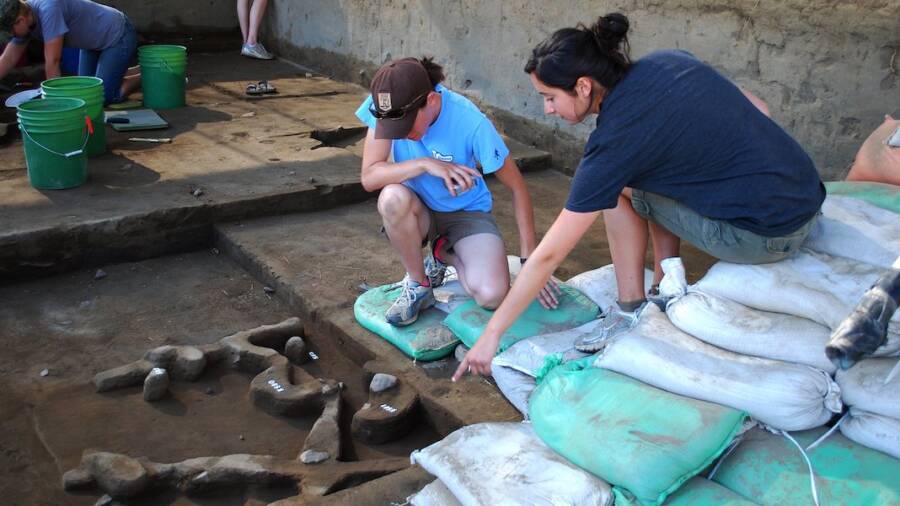 Bureau of Land Management/FlickrThe new findings at Cooper’s Ferry have renewed debate over the migration pattern of the first human settlers.

Lead study author Loren Davis, a professor of anthropology at Oregon State University, told LiveScience that his team’s findings have “refuted the hypothesis of the ice-free corridor,” and that they lend “great support to the idea that people came down the Pacific Coast instead.”

What’s even more intriguing is that the researchers suggest some of the tools found at Cooper’s Ferry appear similar to those found in northern Japan during a similar time period.

“So one hypothesis is simply that you’re looking at the extension culturally of people that are bringing these ideas with them from northern Japan,” Davis said.

Scientists first believed that the ancient human settlers of North America and South America were the Clovis people, who arrived in the Americas about 13,000 years ago.

Cooper’s Ferry, which sits between the Rock Creek and the Lower Salmon River in western Idaho, was first excavated in the 1960s. According to oral histories from the local Nez Perce or Niimíipuu tribe, the site was once an ancient village called Nipéhe.

But later excavations across North and South America showed evidence of settlements that predated the Clovis people. One example is the archaeological site of Monte Verde in Chile which holds artifacts that date to between 14,000 and 19,000 years ago.

Scientists thus already knew that the early humans of America had arrived much earlier than what was previously believed. Now, they’re trying to figure out how much earlier it was.

This may prove more difficult than expected. Although the new study pegs the arrival of the ancient settlers in North America to be at least 3,000 years earlier than the original hypothesis, there are some who have their doubts about the latest findings.

John Hoffecker, for one, a fellow at the Institute of Arctic and Alpine Research at the University of Colorado and who was not part of the new study, believes that the paper’s authors have “exaggerated the results of the dating,” estimating that the earliest occupation of Cooper’s Ferry was likely much closer to 15,000 years ago.

Hoffecker also argues against the study’s implication that the settlement could likely have come from northern Japan since “both genetics and dental anthropology indicate unequivocally that Native Americans are not derived from northern Japan.”

Ben Potter, the department chair and a professor of archeology at the University of Alaska Fairbanks who also did not partake in the study, agreed with Hoffecker’s assessment, going so far as to call the findings “superficial and unconvincing.”

He further added that the findings did not provide any credible evidence to disprove the theory that an ice corridor was the main passageway into North America for ancient settlers.

“My perspective is that Cooper’s Ferry is intriguing, but not paradigm-shifting,” Potter concluded.

On this point Hoffecker disagreed, saying that the study gave credence to the startling theory that the first humans of North America traveled by boat along the Pacific coast, the route by which Native Americans arrived in mid-latitude North America.

Nevertheless, Davis and his team plan to further explore the possible connection between North America’s ancient inhabitants and the ancient people of Japan and perform more analysis of these artifacts.

Now that you’ve caught up on the latest hypothesis about one of the largest mass migrations in the world’s history, read about research suggesting Leonardo Da Vince’s talent came from his wonky eye. Next, take a look inside Tristan da Cunha, the most remote human settlement on earth.