Reminding us of our own mortality, these last-known photographs of the world's most iconic figures are not to be missed. 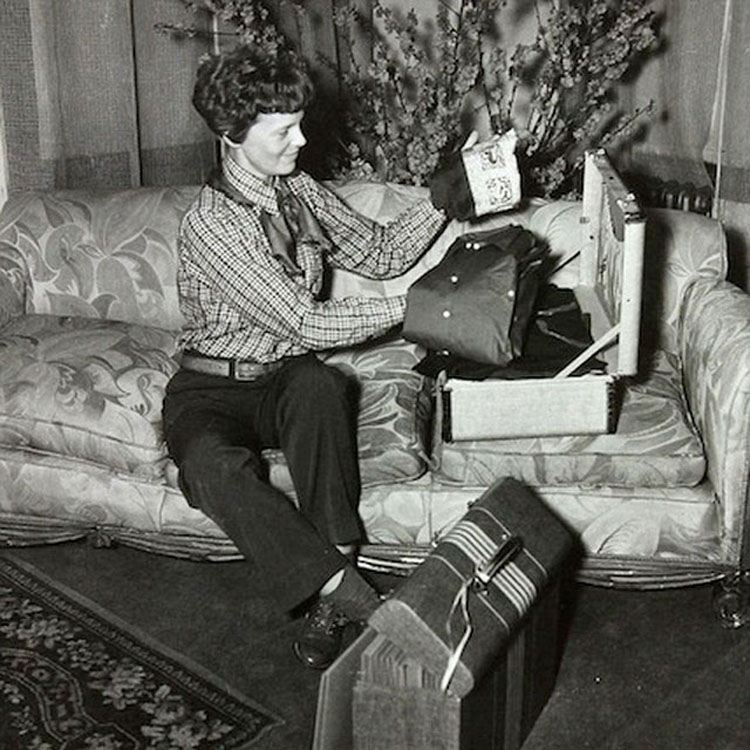 Before her final flight, Amelia Earhart posed for photos in 1937.

Earhart disappeared on July 2 of the same year, when she attempted to fly around the world.Imgur 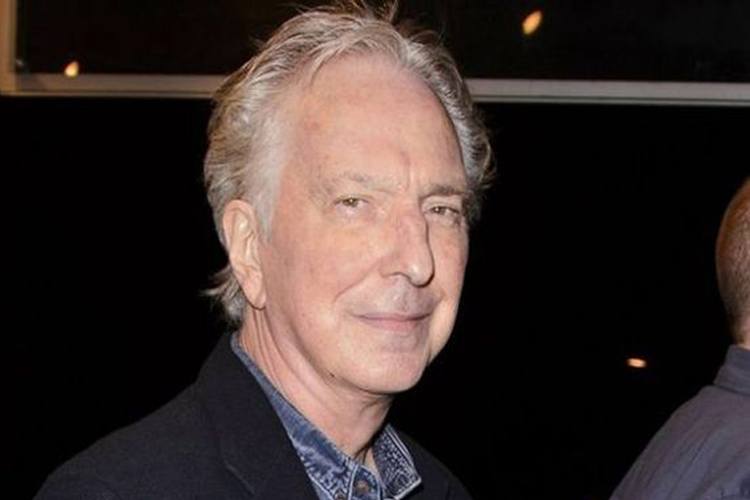 Alan Rickman appeared healthy on December 7th, 2015 as he attended the Hangmen play press night at Wyndham's Theatre in London. Rickman was secretly fighting cancer and had mere weeks to live.Pinterest 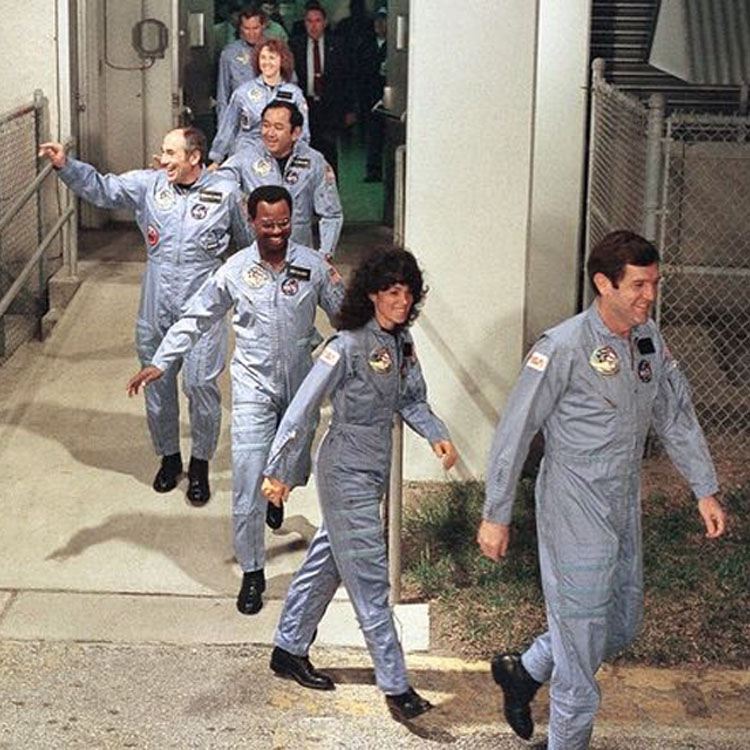 January 28, 1986: the crew of the Challenger on their way to board the shuttle.

Tragedy would strike 73 seconds into launch as the O-ring on the shuttle’s right booster failed, leading to the deaths of everyone on board the spacecraft. Imgur 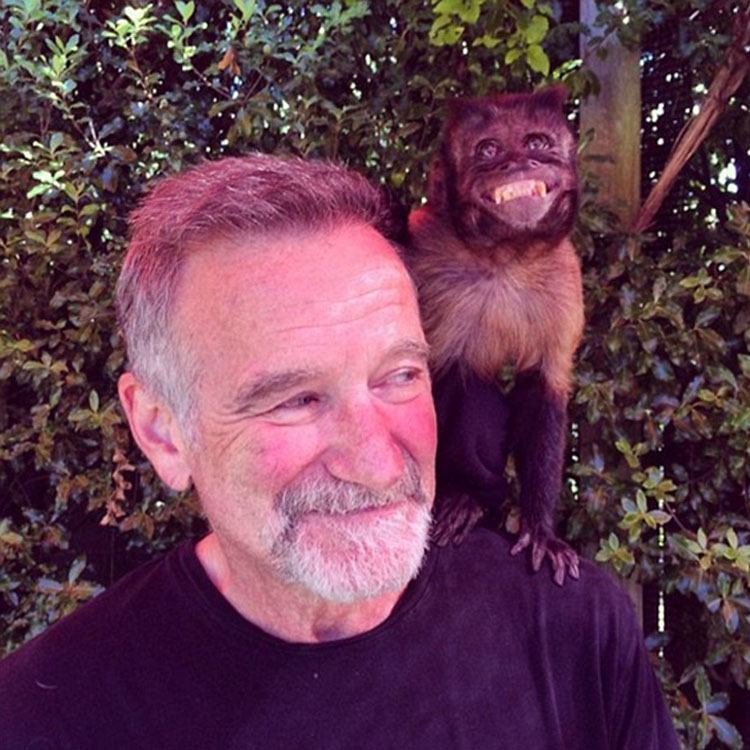 In one of his last public photos, Robin Williams is pictured days before his death with monkey Crystal.

Williams committed suicide on August 11, 2014. It's suggested that he knew he was losing his mind, as a result of his rare brain disease, Lewy body dementia. Instagram 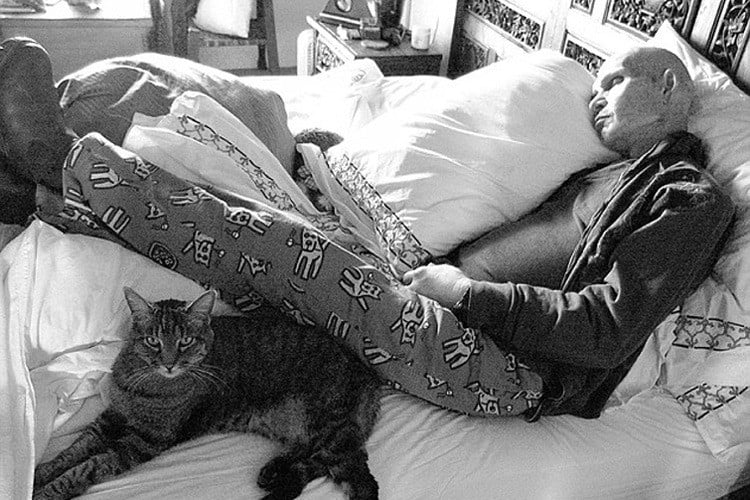 Patrick Swayze resting with his cat in the final stages of his battle with cancer. This photo was released by his wife after his death in 2009. Pinterest 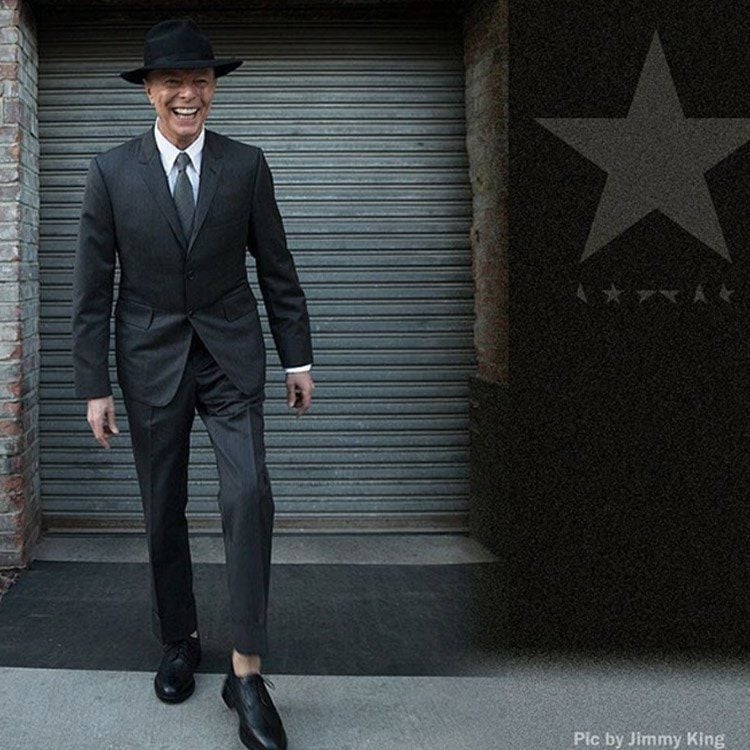 Part of the caption reads: “..Why is this man so happy? Is it because it's his 69th birthday or that he has released his 28th studio album today…”Instagram 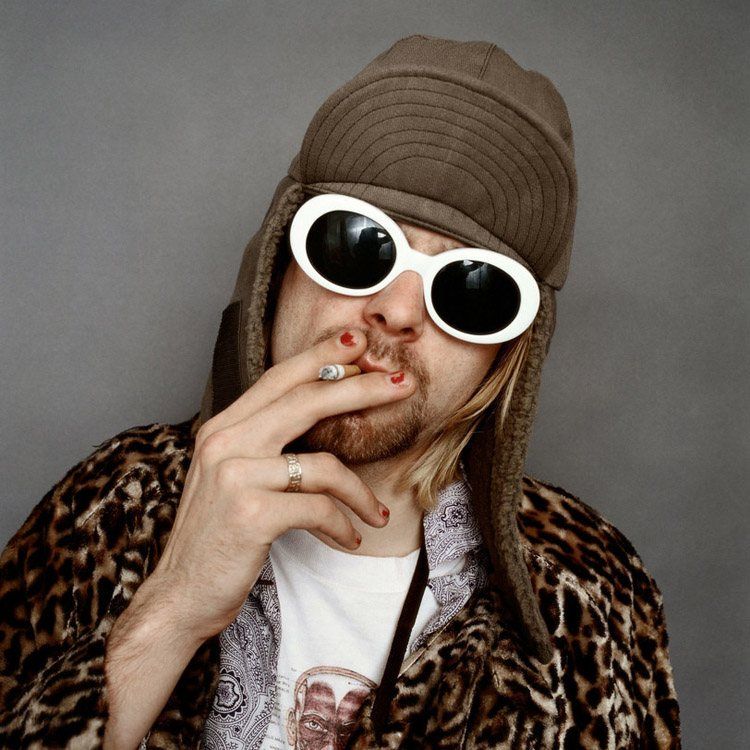 This photo is from Kurt Cobain’s last photoshoot, photographed by Jesse Frohman for the London Observer in 1993.

The shoot was to promote Nirvana’s newest album, In Utero. Kurt committed suicide in 1994. Imgur 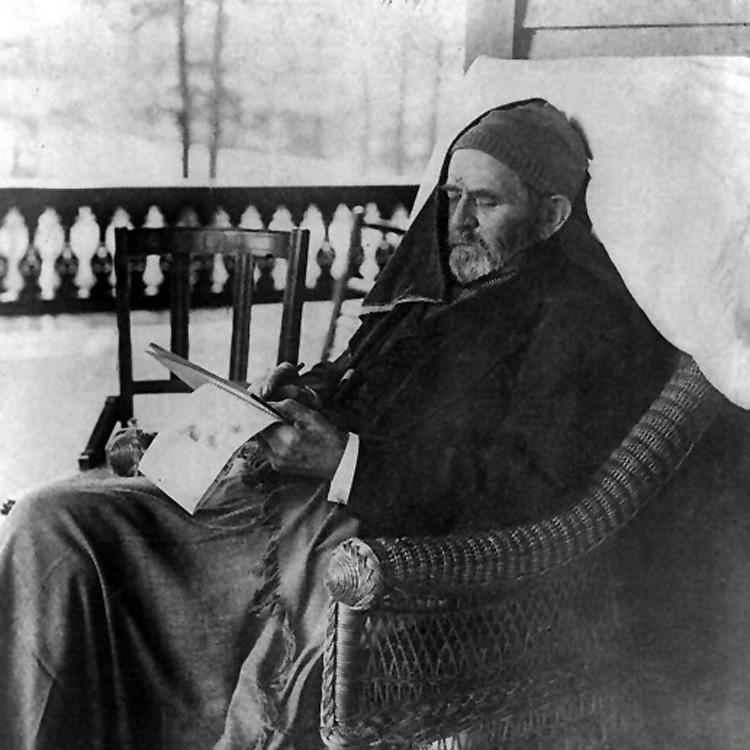 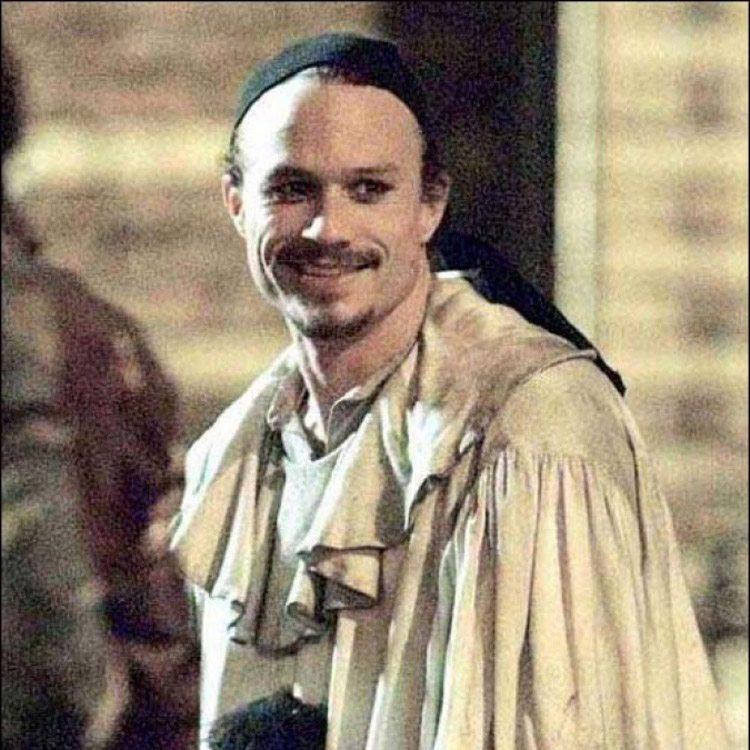 Heath Ledger on the set of "The Imaginarium of Doctor Parnassus. "

He would never finish filming the movie, as he overdosed on painkillers on January 22, 2008. Imgur 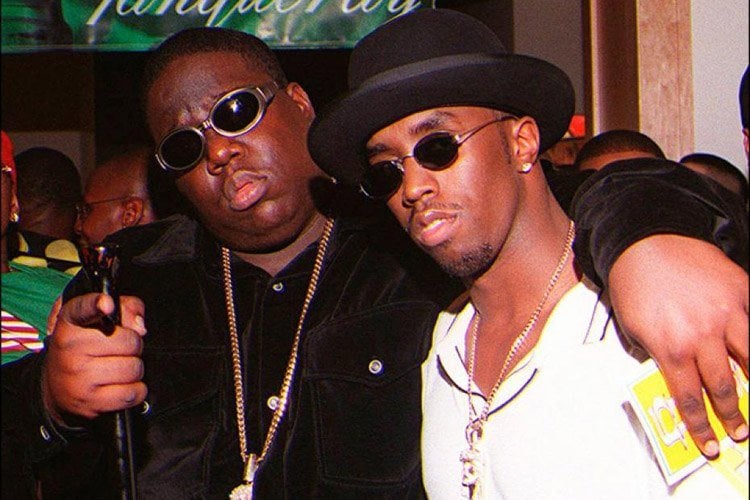 Biggie Smalls in a photo with Sean “P. Diddy” Combs, before he was killed by an unknown assailant in a drive-by shooting death after the Soul Train Music Awards in 1997.Imgur 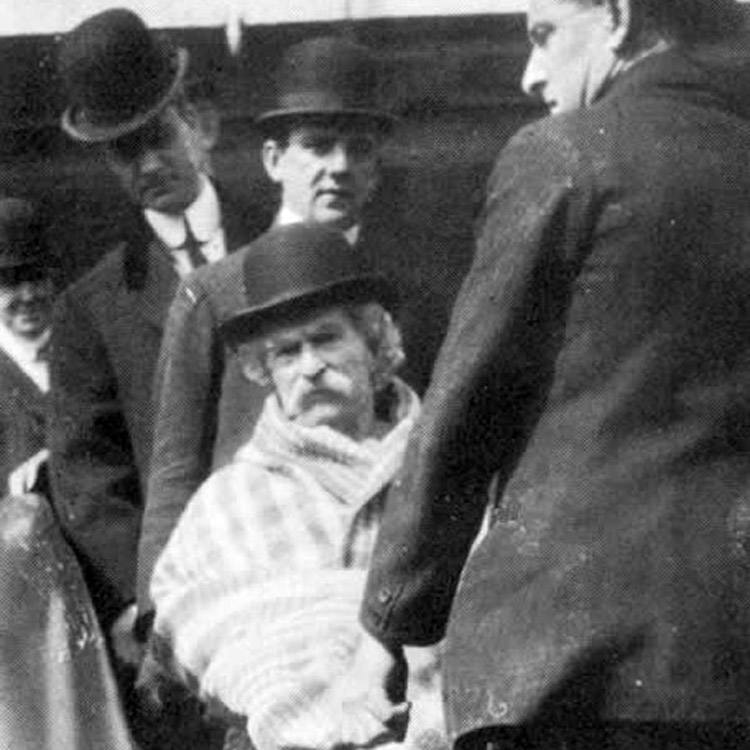 Mark Twain, whose last words (written on a note by his death bed) read "Death, the only immortal who treats us all alike, whose pity and whose peace and whose refuge are for all -- the soiled and the pure, the rich and the poor, the loved and the unloved." 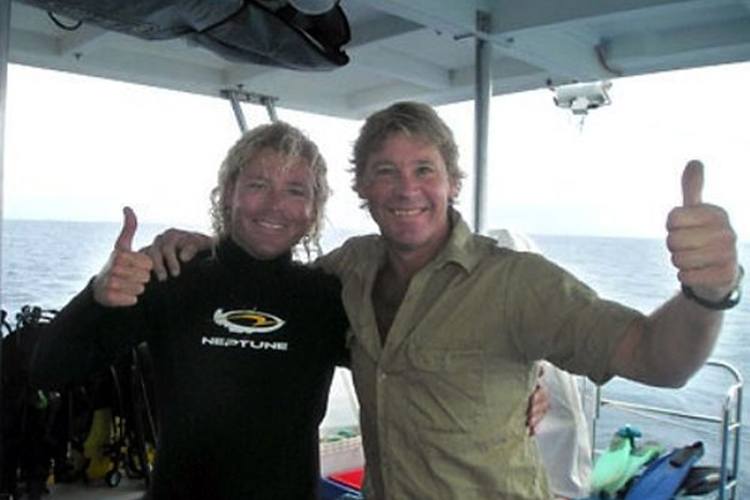 Steve Irwin poses with marine biologist Chris Jones on his boat. This photo was taken two days before his death in September 2006, after being pierced in the chest by a stingray barb. Imgur 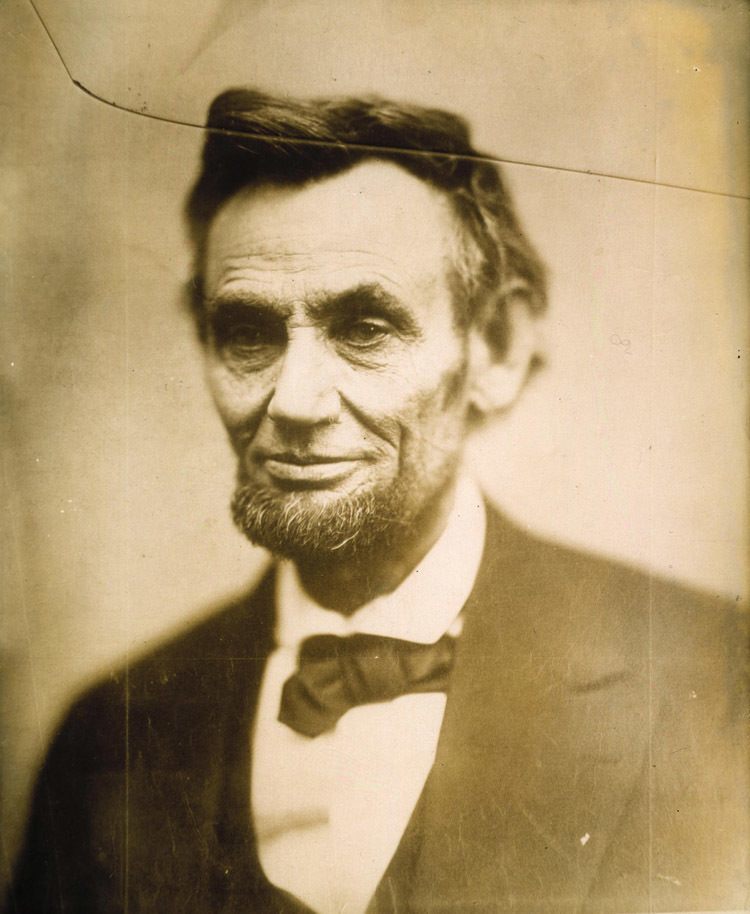 Though there are numerous blurry photos claiming to be the official final picture taken of President Abraham Lincoln, this is without question the final official portrait taken of the nation’s 16th President.

It was taken on February 5th, 1865, a little more than two months before the infamous assassination at the hands of John Wilkes Booth.Wordpress 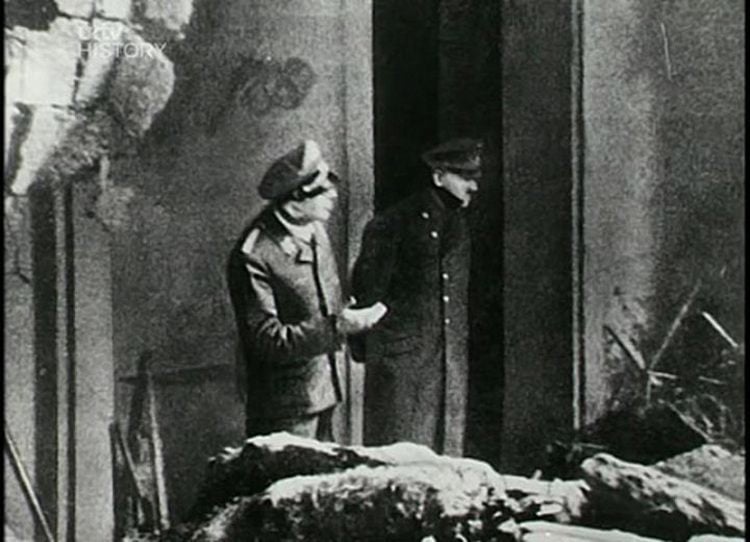 With Germany in ruins and defeat to the Allied forces looming, Hitler married his girlfriend Eva Braun and the couple then committed suicide.Stunning Bird 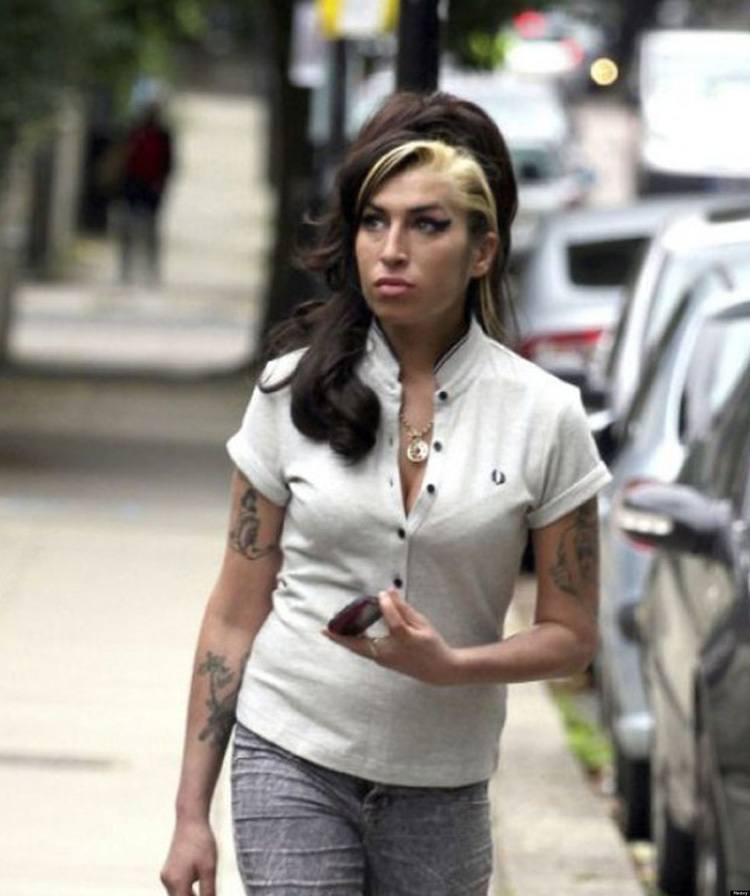 Amy Winehouse shown walking near her home in London just over a week before her death on July 23rd, 2011. 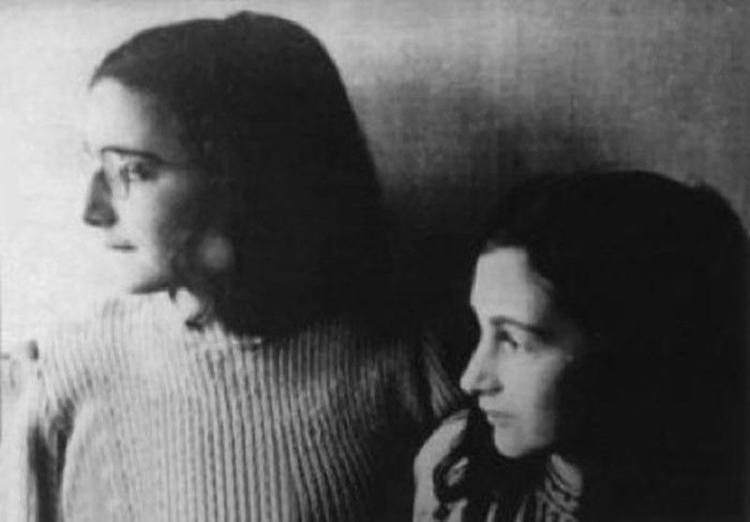 After hiding with their family from Nazi police, they were eventually captured and sent to punishment barracks for hard labor.Photo Vide 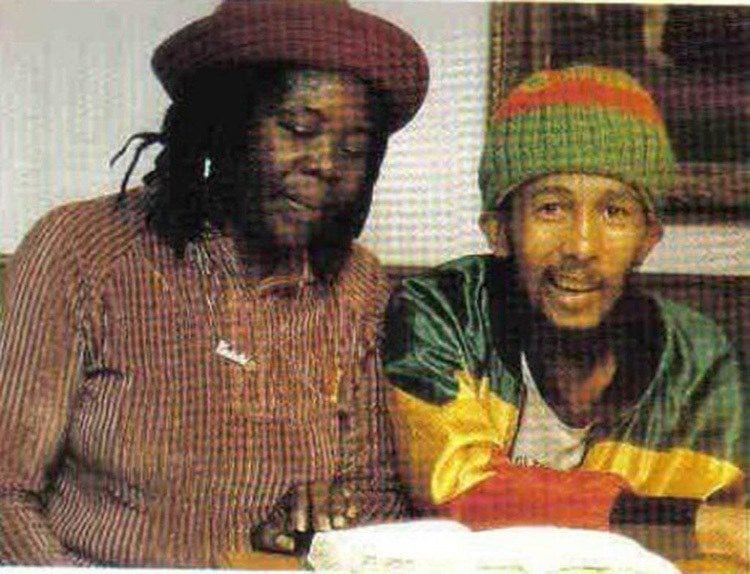 An emaciated Bob Marley spends time with family in Munich, Germany, at the end of his long battle with cancer.

Weighing a mere 77 pounds, Marley would succumb to cancer on May 11th, 1981.Mogul 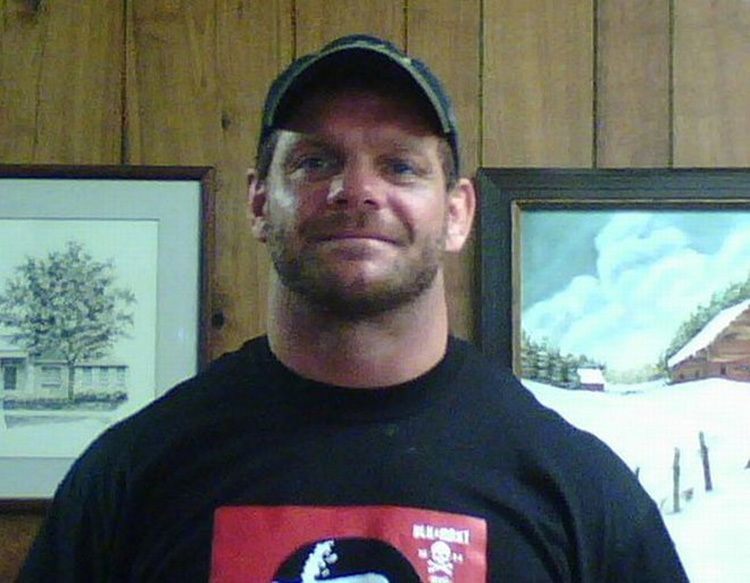 In what is surely the most disturbing entry in this list, troubled WWE Superstar Chris Benoit is seen posing in a picture for a fan in the office of Dr. Phil Astin on June 22nd, 2007.

It was later determined that Benoit had already murdered his wife as well as his seven-year-old son Daniel at the time this photo was taken. Chris would later hang himself, concluding the grisly murder suicide scenario. Sports News 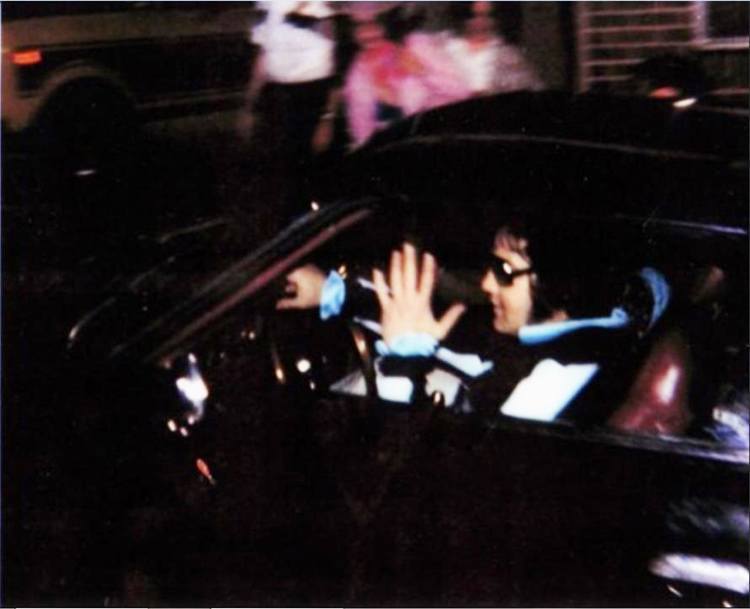 Elvis Presley shown pulling into Graceland with girlfriend Ginger Alden on August 16, 1977, upon returning from a dental appointment.

Later that evening Presley would die from a massive heart attack while sitting on the toilet in his home.Getty Images 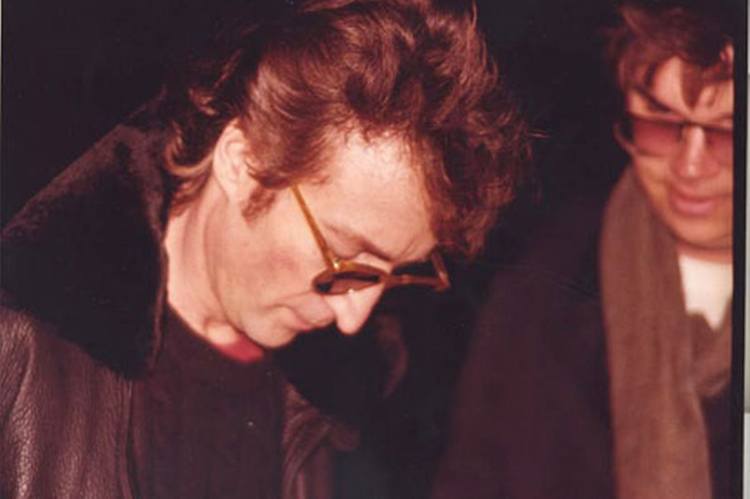 The final photograph of John Lennon captures the former Beatles front-man signing an autograph for his soon to be killer, Mark David Chapman.

Soon after, Hoffman would be found dead in his apartment with 70 bags of heroin and 20 used needles. Sundance 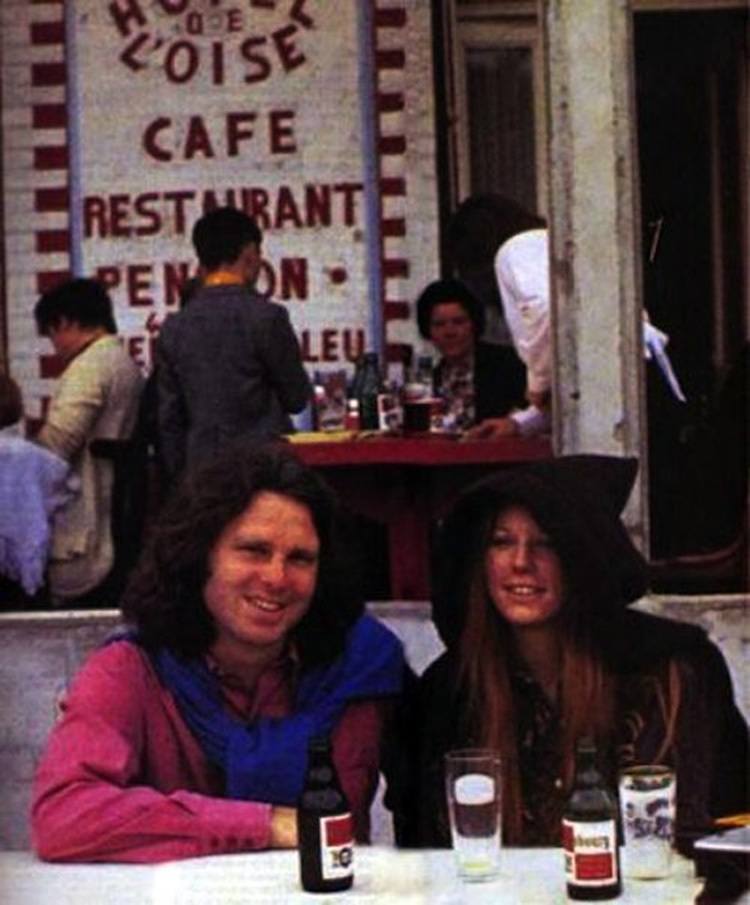 This photo was taken by a friend in the small village of Saint-Leud’Esserent.Getty Images 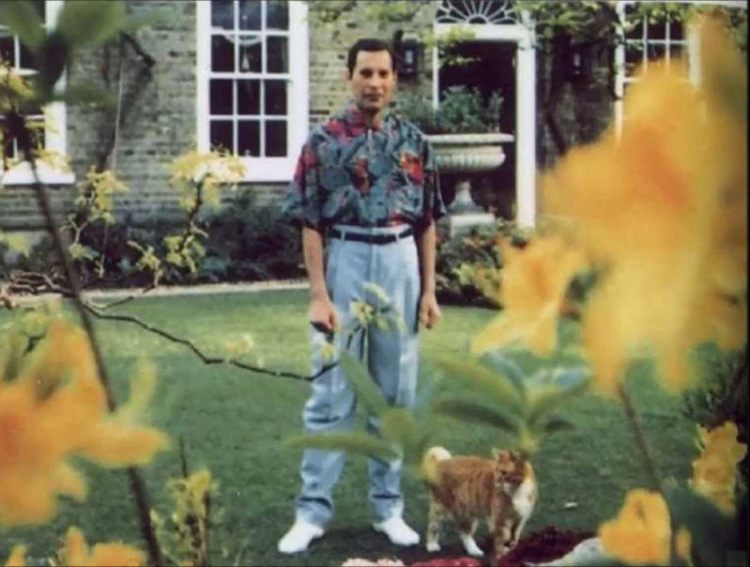 Freddie Mercury, front-man for the band Queen, standing outside his home in 1991, before dying of bronchial pneumonia resulting from AIDS.YouTube 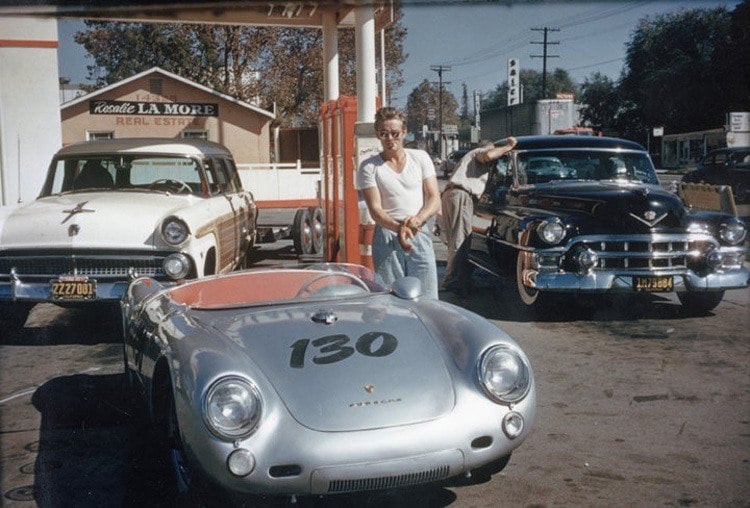 James Dean always had a love of speed and living life on the edge. Dean had only owned the Porsche he is pictured with for nine days when he crashed it, losing his life in the process.Getty Images 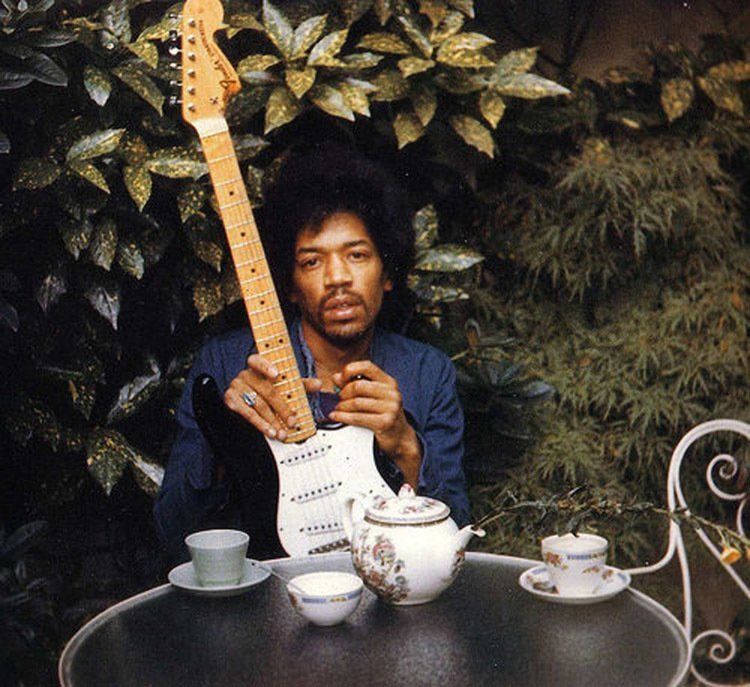 Jimi Hendrix poses with his guitar.Tumblr 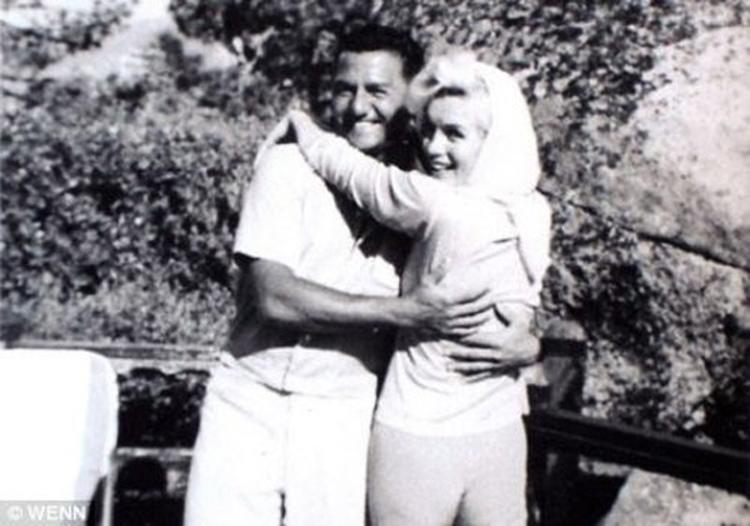 This is the final known photograph of Marilyn Monroe, taken during a visit with Frank Sinatra and jazz pianist Buddy Greco the weekend before her death, August 5, 1962. Getty Images 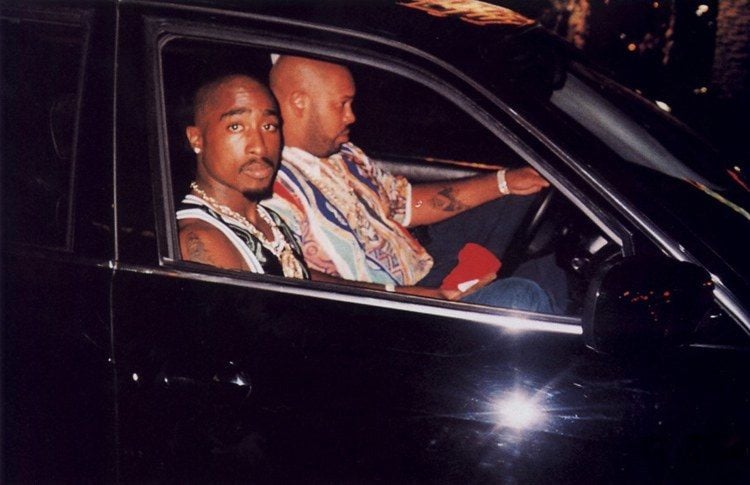 Just after attending the Mike Tyson vs. Bruce Sheldon fight -- and moments before being gunned down in this BMW belonging to manager Suge Knight -- Tupac Shakur turns to have his final photograph taken.

Knight would survive the shooting, but Tupac would not. Getty Images

The adage goes that pictures are worth a thousand words -- but could it be that last-known photographs are worth even more?

Even if you consider seeking out these kinds of photos to be a morbid pastime, these last-known photos serve as an apt reminder that even the best and brightest of us are not immune to the inevitable -- and that even perpetrators of unspeakable crimes will see their end.

Listen above to the History Uncovered podcast, episode 26: The Death Of Amy Winehouse, also available on iTunes and Spotify.

Enjoy these photos? Then be sure to check out our story on how photojournalism destroyed Kevin Carter and haunting photographs of people the moment before they died. Finally, read the famous last words of important historical figures.