How Did Audrey Hepburn Die? Inside The Hollywood Icon’s Heartbreaking Final Weeks

One of the world's most glamorous movie stars, Audrey Hepburn died on January 20, 1993, just three months after she was diagnosed with cancer. 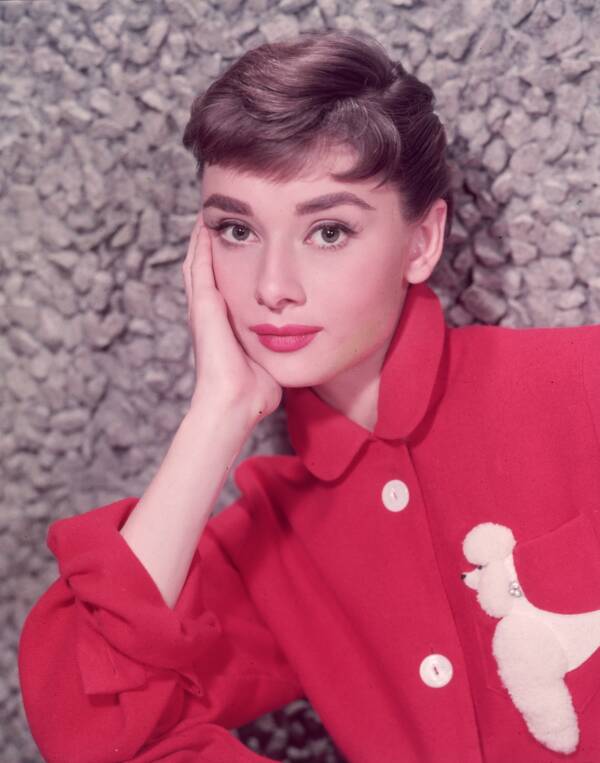 Hulton Archive/Getty ImagesBefore Audrey Hepburn retired from acting in the 1960s, she was one of Hollywood’s most in-demand stars.

One of the most talented actresses of Hollywood’s Golden Age, Audrey Hepburn starred in iconic films like Roman Holiday, Breakfast at Tiffany’s, and Charade before mostly retiring from acting in the late 1960s.

Afterward, she spent time with her family and gave back as much as possible, working with UNICEF until just months before she died. Then, in November 1992, doctors diagnosed her with terminal abdominal cancer. They gave her just three months to live.

And after Audrey Hepburn died, she left behind a legacy that will stand the test of time.

The Early Life Of A Future Hollywood Star 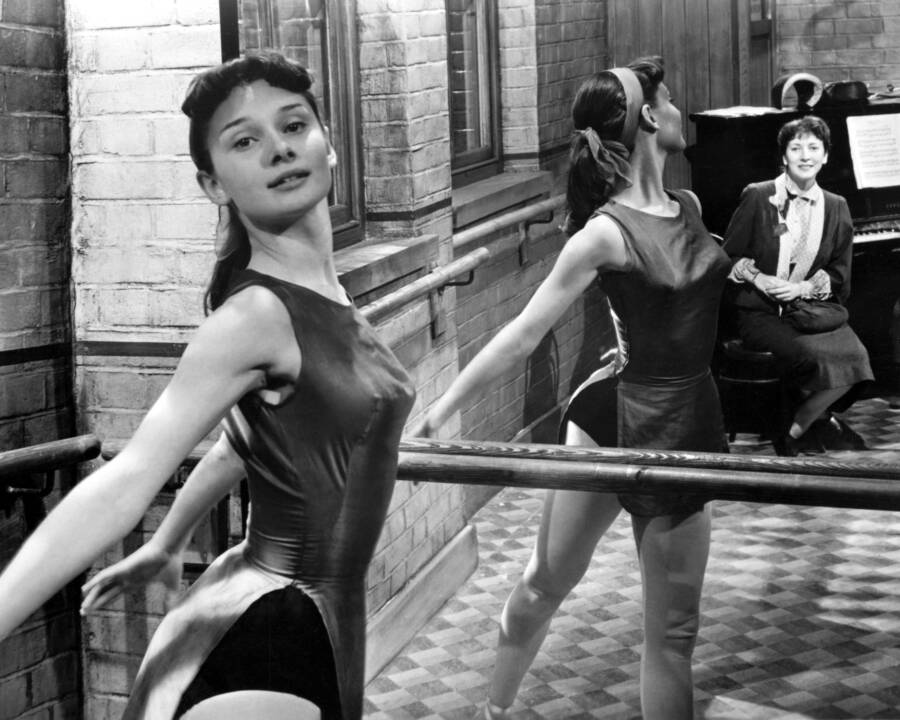 Silver Screen Collection/Getty ImagesAudrey Hepburn rehearsing at the barre, circa 1950, before she became a household name.

Born Audrey Kathleen Ruston on May 4, 1929, in Ixelles, Belgium, Audrey Hepburn attended boarding school and studied ballet in England. During World War II, her mother thought she would be safer in the Netherlands, so they moved to the city of Arnhem. After the Nazis invaded, however, Hepburn’s family struggled to survive because food was hard to come by. But Hepburn was still able to help the Dutch Resistance.

According to The New York Post, she used her dance skills in performances that raised funds for the Resistance. Hepburn also delivered Resistance newspapers. She was an ideal choice because, as a teenager, she was young enough that the police didn’t stop her.

Before Audrey Hepburn’s death, she described the process, saying, “I stuffed them in my woolen socks in my wooden shoes, got on my bike, and delivered them,” according to The New York Post. Arnhem was finally liberated in 1945.

Although Audrey Hepburn’s love of dance persisted, she soon realized she was too tall to make it as a ballerina, so she turned her sights to acting. When she came into the scene, she was different from many of the already established stars.

How A World War II Survivor Became An Actor 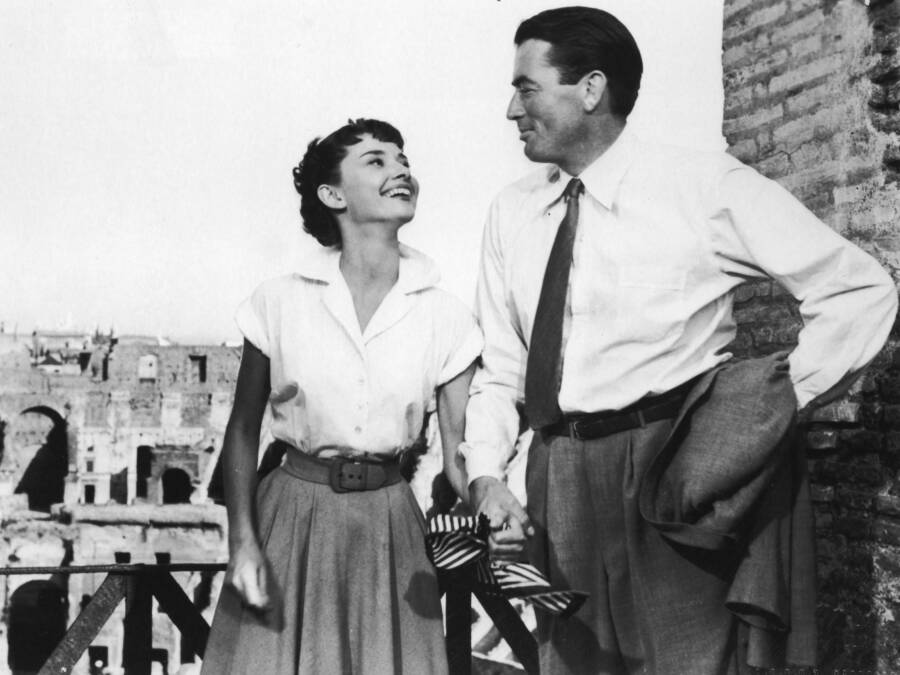 Paramount Pictures/Courtesy of Getty ImagesAudrey Hepburn and Gregory Peck in Roman Holiday, which garnered Hepburn her first Academy Award in 1954.

Audrey Hepburn wasn’t curvy like Marilyn Monroe or a big musical talent like Judy Garland, but she had something else. She was elegant, charming, and had a doe-eyed innocence that translated well into many of her films.

While filming a small role in Monte Carlo, she gained the interest of a French writer named Colette, who cast her in the Broadway production of Gigi in 1951, which earned her great reviews. Her big break happened with Roman Holiday in 1953, where she starred opposite Gregory Peck.

According to The Baltimore Sun, director William Wyler wanted a complete unknown for his leading lady in the film. And when he saw Hepburn in England, where she was working on the 1952 film Secret People, he said she was “very alert, very smart, very talented and very ambitious.”

Because he needed to return to Rome, he asked film director Throald Dickinson to let the cameras continue to roll without her knowledge to see her in a more relaxed state. Wyler was impressed and cast her. Roman Holiday and her performance were a huge success, earning her an Academy Award for Best Actress that year. Her stardom rose from there.

The following year she returned to Broadway to star in Ondine opposite Mel Ferrer, who became her husband just months later, as the two not only fell in love both on and off the stage. That performance also earned her a Tony Award. Her Hollywood career grew with films such as Sabrina, Funny Face, War and Peace, Breakfast at Tiffany’s, Charade, and My Fair Lady.

Although she only has about 20 roles to her name, many of the ones she played are iconic. As reported by The Washington Post, Billy Wilder, who directed Sabrina, described her allure:

“She’s like a salmon swimming upstream… She’s a wispy, thin little thing, but you’re really in the presence of somebody when you see that girl. Not since Garbo has there been anything like it, with the possible exception of Bergman.”

Billy Wilder’s film Sabrina was also where she began her friendship with designer Hubert de Givenchy, who would play a large part at the time of Audrey Hepburn’s death by helping grant her one final wish.

How Audrey Hepburn Gave Back Before She Died 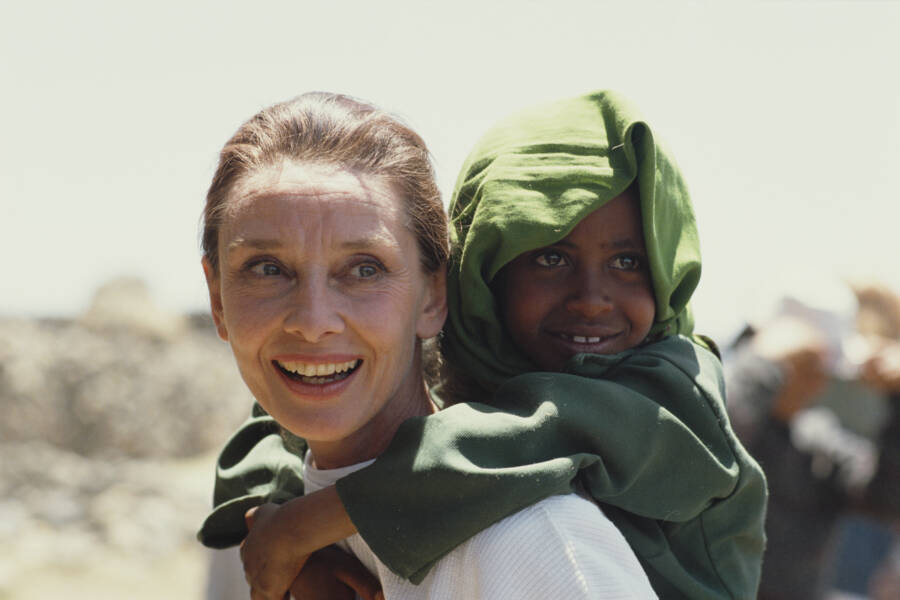 Derek Hudson/Getty ImagesAudrey Hepburn poses with a young girl on her first field mission for UNICEF in Ethiopia in March 1988.

Acting slowed down for Audrey Hepburn in the 1970s and 1980s, but she turned her focus to other things. Before Audrey Hepburn’s death, she wanted to give back and help children in need. Remembering her childhood, she knew what it felt like to go hungry, often not eating for days at a time.

In 1988, she became a UNICEF goodwill ambassador and went on more than 50 missions with the organization. Hepburn worked to raise awareness of children who needed help around the world.

She visited places in Africa, Asia, and South and Central America. Unfortunately, the early 1990s would bring about Audrey Hepburn’s death and cut off her mission at 63. Fortunately, her legacy lives on in the Audrey Hepburn Society at the US Fund for UNICEF.

Inside The Cause Of Audrey Hepburn’s Death 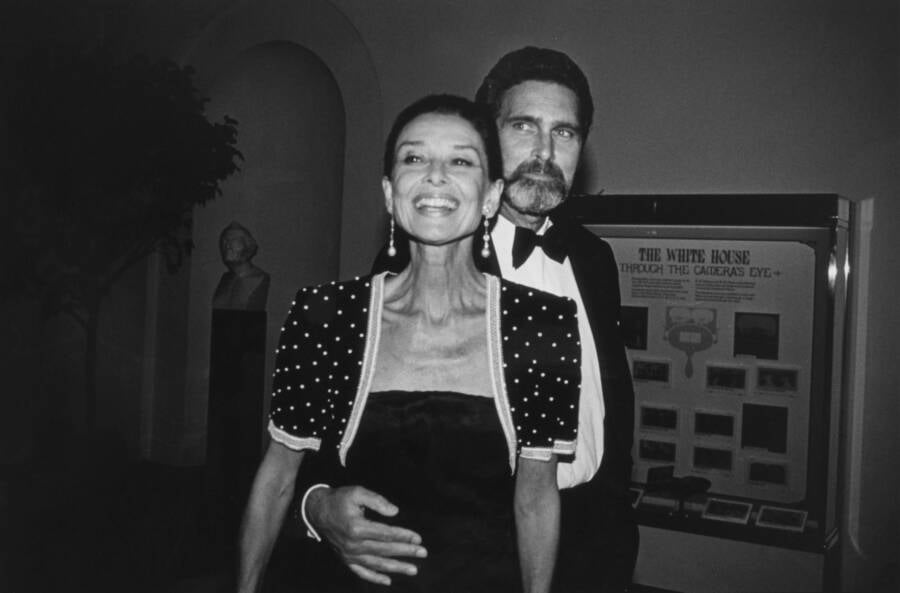 While an adverse health diagnosis is debilitating for many people, Audrey Hepburn kept a tight lid on her emotions and her public image. She worked hard up until the end. After a trip to Somalia in 1992, she returned home to Switzerland and experienced debilitating abdominal pains.

While she consulted with a Swiss doctor at that point, it wasn’t until the next month, while she was in Los Angeles, that American doctors discovered the cause of her pain.

The doctors there performed a laparoscopy and found that she was suffering from a rare form of cancer that had started in her appendix and then spread. Unfortunately, this type of cancer can exist for an extended time before being discovered, making treatment difficult.

She underwent surgery, but it was too late to save her. When there was nothing to help her, she simply looked out the window and said, “How disappointing,” according to Express.

They gave her three months to live, and she was desperate to return home for Christmas of 1992 and spend her final days in Switzerland. The problem was that, by this point, she was considered too sick to travel.

How Did Audrey Hepburn Die? 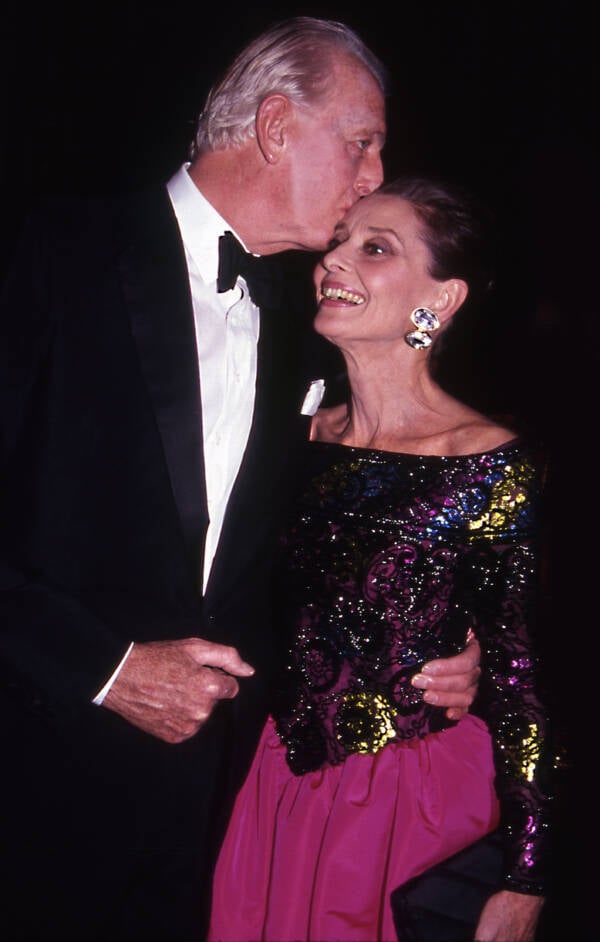 Before Audrey Hepburn died, her longtime friendship with fashion designer Hubert de Givenchy would prove to be helpful yet again. In addition to the beautiful clothing he dressed her in over the years that made her a fashion icon, he would be the one to help get her home. According to People, he loaned her a private jet to get back to Switzerland while she was effectively on life support.

A traditional flight probably would have been too much for her, but with the private jet, the pilots could take their time descending to reduce the pressure slowly, making the trip easier on her.

This trip let her have one last Christmas at home with her family, and she lived until January 20, 1993. She said, “It was the most beautiful Christmas I ever had.”

To help her son Sean, her longtime partner Robert Wolders, and Givenchy remember her, she gave them each a winter coat and told them to think of her whenever they wore them.

Many remembered her fondly not only because of her film work but also her compassion and concern for others. Longtime friend Michael Tilson Thomas talked to her on the phone two days before her death. He said that she was concerned over his well-being and that her grace remained up until her death.

He said, “She had this ability to make everyone who met her feel that she was really seeing them, and recognizing what was special about them. Even if it was just in the course of the few moments that it takes to sign an autograph and a program. There was a state of grace about her. Somebody who is seeing the best in a situation, seeing the best in people.”

While Audrey Hepburn died in her sleep, like so many others, her determination and presence make her unique and will be remembered forever.

After reading about Audrey Hepburn’s death from cancer at just 63, learn about the final, agonizing days of Steve McQueen after he sought cancer treatment in Mexico. Then, go inside the nine most famous death that shocked old Hollywood.