Inside The Murder Of Travis Alexander, The Man Who Was Slaughtered By His Jealous Ex Jodi Arias

On June 4, 2008, Jodi Arias butchered her ex-boyfriend Travis Alexander just after they had sex. His body was found days later with 27 stab wounds and a gunshot to the head.

When Travis Alexander first met Jodi Arias, he thought he’d met the love of his life. Instead, he’d met his killer. Less than two years later, Arias stabbed him at least two dozen times in the shower and shot him in the head.

How did their love story sour?

In Jodi Arias’ trial for murder that captivated the nation, she claimed that Alexander had abused her and that she’d been forced to kill him in self-defense. But Alexander’s friends told a different story, alleging that Arias had developed a deep obsession with Alexander, even eavesdropping on him and going through his emails. 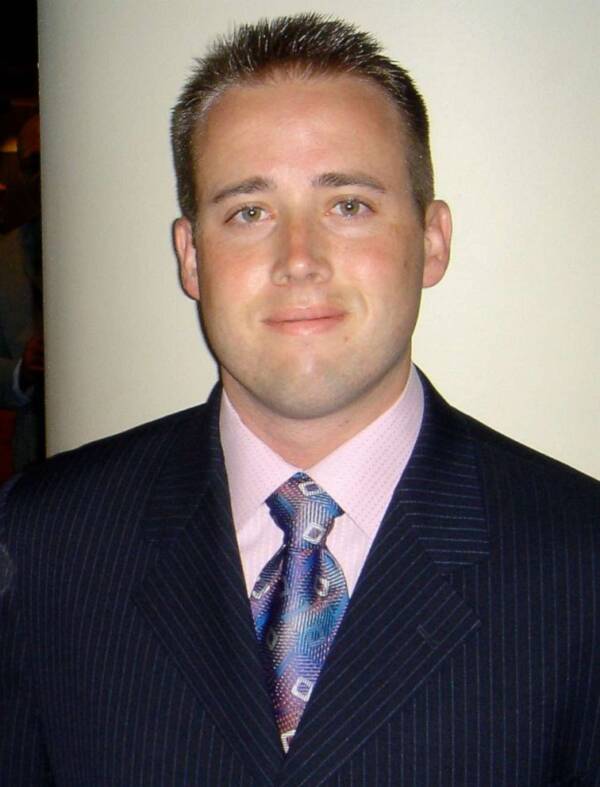 Chris Hughes and Sky LovingierTravis Alexander was 30 years old when he was killed by his ex-girlfriend, Jodi Arias.

Ultimately, disturbing crime scene photos that Arias took of Alexander both before and after murdering him would lead a jury to convict her in 2013. But what led to Jodi Arias’ murder of Travis Alexander on June 4, 2008, in the first place?

Born on July 28, 1977, Travis Alexander had a difficult early life. According to E! Online, he and his six siblings had parents who were addicted to drugs, and they suffered physical abuse at the hands of their mother. When Alexander was 10, he and his siblings went to live with their grandmother.

But by the time he reached adulthood, Alexander had built a stable life for himself. He’d converted to Mormonism and found a job as a salesman with Prepaid Legal Services. And it was at a company convention in Las Vegas in September 2006 that Alexander met Jodi Arias for the first time. 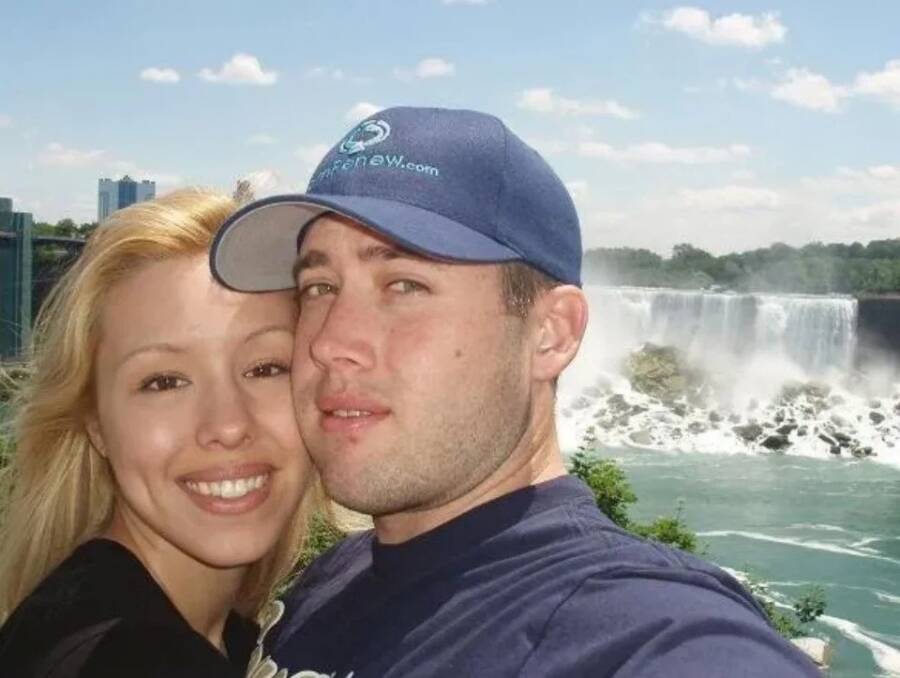 Jodi Arias/MyspaceJodi Arias and Travis Alexander in the early days of their relationship. Then, Alexander thought that Arias could be his future wife.

According to ABC, it was love at first sight. Alexander and Arias, a blonde freelance photographer, stayed up until 4 AM talking. And Alexander gushed to friends the next morning that he’d found his wife.

“I went from intrigued by her to interested in her to caring about her deeply to realizing how lucky I would be to have her as part of my life forever,” Alexander wrote to a friend once he and Arias had started dating. “She is amazing. It is not hard to see that whoever scores Jodi, whether it be me or someone else, is gonna win the wife lotto.”

Though Arias lived in Palm Desert, California, and Alexander in Mesa, Arizona, their relationship initially seemed strong. The couple traveled through the southwest together, and Arias even converted to Mormonism after just a couple of months of dating Alexander. But cracks soon appeared.

Travis Alexander’s joy at meeting Jodi Arias was tempered by guilt. He and Arias were having premarital sex, which the Mormon church forbids. E! Online additionally reported that he sometimes took out his guilt on Aria, calling her a “slut” in texts and emails. 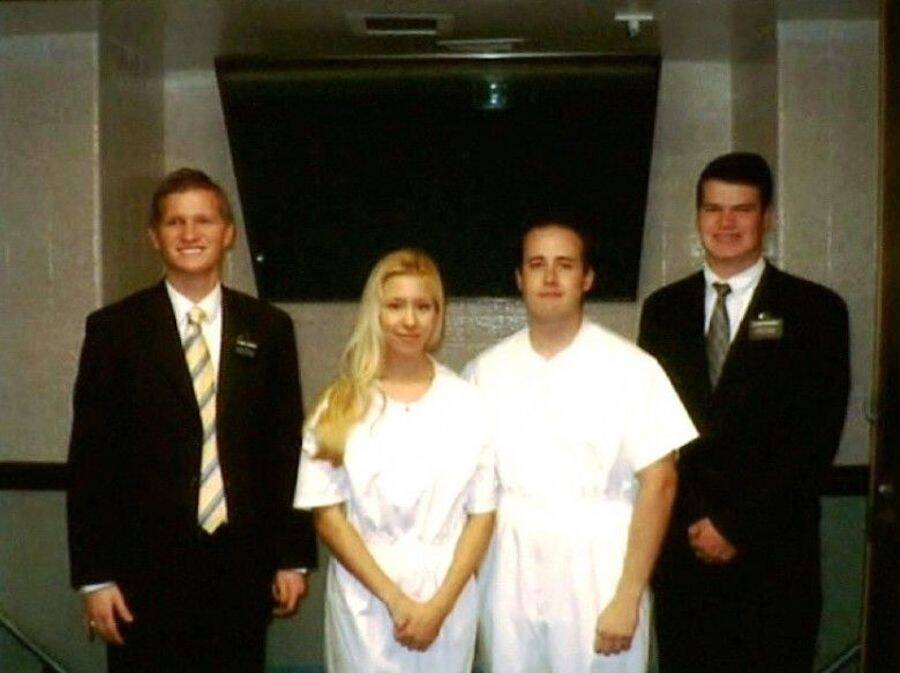 Moreover, many of Alexander’s friends began to think that Arias had an unhealthy obsession with Alexander. She eavesdropped on his conversations, looked through his emails and social media accounts, and even forwarded emails between Alexander and other women to herself.

“I started seeing things that were just disturbing. I said, ‘Travis, I’m afraid we’re gonna find you chopped up in her freezer,'” Sky Lovingier Hughes, one of Alexander’s friends, explained to ABC. “From very early on, she was completely obsessed with him.”

Though Alexander insisted that Jodi Arias was a good person and that he really liked her, he eventually decided to end things. According to The U.S. Sun, Alexander felt too guilty about having premarital sex to continue seeing Arias. But even after breaking up, they kept seeing each other.

This made Arias’s obsession with Alexander even worse. As he started seeing other women, Alexander told friends that Arias slashed his tires, hacked into his Facebook, and harassed the women he went out with. Sometimes, she even snuck into his house.

“Sometimes Travis would be angry,” Shanna Hogan, who wrote Picture Perfect: The Jodi Arias Story, told ABC, “And other times he would jump into bed right with her and they would have sex.”

Their relationship had become increasingly toxic. Texts and emails between the two from May 2008 suggest that Alexander and Arias had had a huge fight, with Alexander calling Arias a “sociopath.” Alexander even told his friends, “Don’t be surprised if you find me dead one day.” 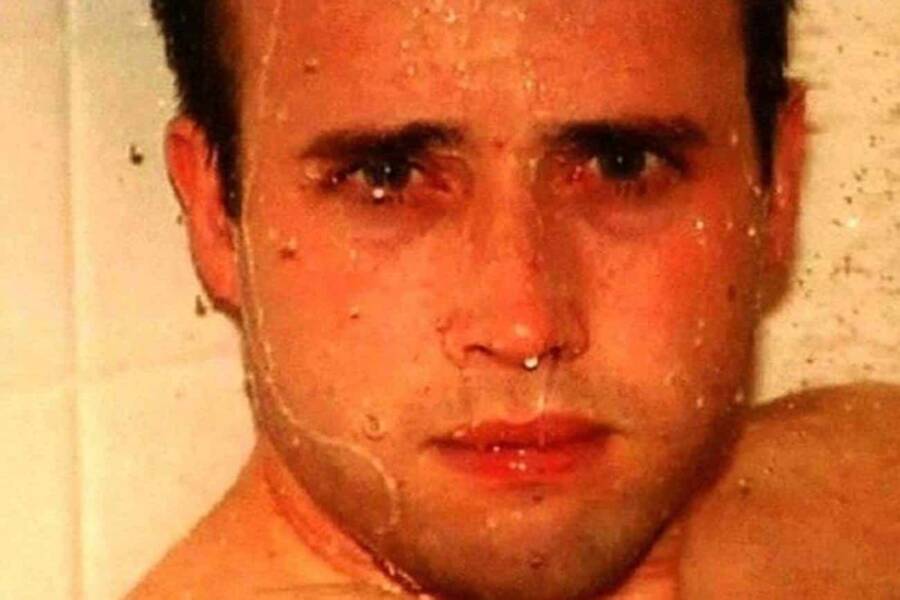 Justice4Travis/TwitterOne of the last photos of Travis Alexander, in the shower shortly before he was stabbed and shot to death.

By June 9, 2008, Travis Alexander’s friends had started getting worried. They hadn’t heard from him for five days, which was especially unusual because they were trying to coordinate activities for an upcoming trip to Cancun. A small group of them went to his house. There, they found Alexander’s crumpled, bloodied body in the shower.

The 30-year-old had been shot in the head, stabbed 27 times, and had his throat cut. Investigators also found long brown hairs, a digital camera in the washing machine, and a bloody handprint on the wall.

And as police started to investigate his murder, Alexander’s friends urged them to take a look at Jodi Arias. “She was a stalker,” one said. “She was an ex-girlfriend and she wouldn’t leave Travis alone.”

Arias, for her part, initially denied being at Alexander’s house. People reported that she even told investigators that she hadn’t seen Alexander for two months. But investigators were able to extract photos from the waterlogged camera they found — and the images revealed a very different story.

Investigators found time-stamped photos from June 4 that showed Alexander and Arias in bed together. One, from 5:29 p.m., showed Alexander in the shower. The next photos on the camera showed him bleeding on the floor.

Finally, Jodi Arias admitted that she had been with Travis Alexander that night. But she swore to the police that it hadn’t been her who had killed him. 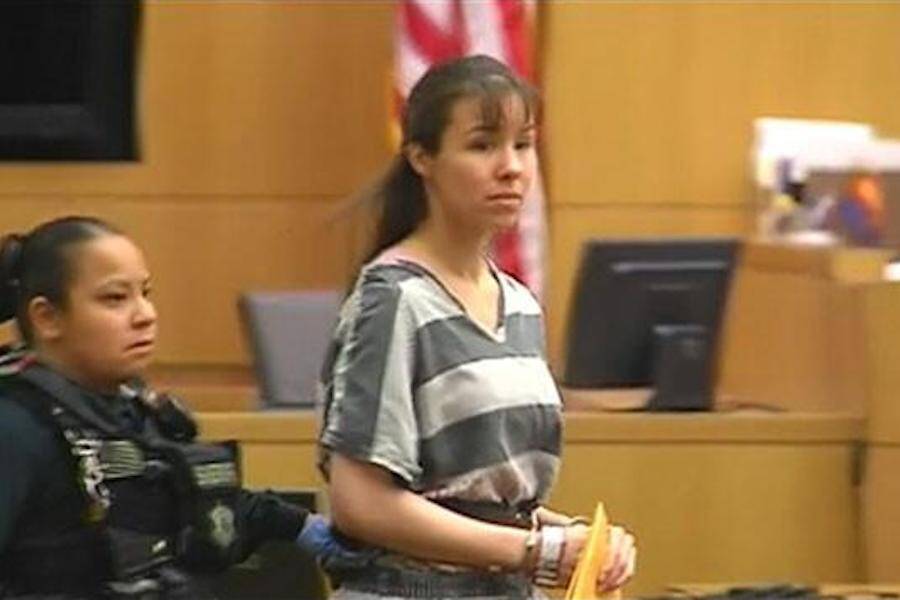 Justice4Travis/TwitterJodi Arias at trial. She was found guilty of murdering Travis Alexander and sentenced to life in prison.

When confronted with the photos of Travis Alexander in the shower, Jodi Arias offered an explanation. She admitted to the police that she had driven to Alexander’s house on June 4. Arias claimed that they had sex, and she’d started taking photos of him in the shower. But then, she said, two masked intruders appeared and murdered him.

According to ABC, Arias claimed that the intruders had threatened to kill her family if she told anyone about it. However, investigators didn’t buy it and charged Jodi Arias with first-degree murder.

At trial, the prosecution offered even more proof that Jodi Arias had killed Travis Alexander. According to People, they explained that Arias and Alexander’s DNA had been found in the bloody handprint on his wall and that Alexander had been killed with the same type of gun that had recently gone missing from Arias’s grandparent’s house.

They built a case based on jealousy. Alexander, they said, had invited Arias to go to Cancun with him — and then withdrawn the invitation. When she found out he’d invited another woman instead, the prosecution suggested that she’d flown into a jealous rage and murdered him.

But Jodi Arias and her lawyers told an entirely different story. According to them, Arias had killed Travis Alexander in self-defense. She claimed that he had become enraged when she dropped the camera and that she was forced to kill him to protect herself.

“Jodi’s life was in danger. He knocked her to the ground in the bathroom where there was a struggle,” her lawyer claimed, according to USA Today. “If she did not have to defend herself, she would not be here.” 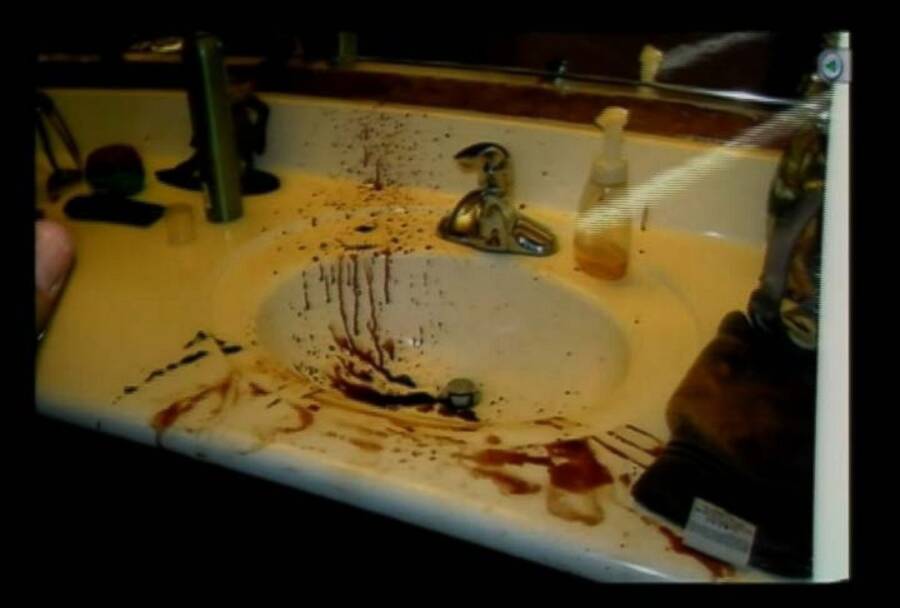 The defense went on to paint Alexander as someone addicted to sex and pornography who physically, verbally, and emotionally abused Arias.

“Her mission was basically to murder my brother again for a second time by destroying his reputation,” Alexander’s brother told ABC. “The self-defense story was just… a joke. My brother didn’t even own a gun.”

The trial, which captivated the nation with its potent mix of sex, betrayal, and murder, lasted four months. In the end, a jury sided with Alexander over Arias, finding her guilty of first-degree murder. Jodi Arias was sentenced to life in prison.

But though the Alexander family was pleased with the verdict, nothing can fully heal their loss. Travis, his brother told E! Online, had hoped to do great things with his life. “[But] he will never get to do that because he was so brutally ripped from this world.”

After reading about Jodi Arias’ murder of Travis Alexander, discover the story of Melanie McGuire, the “Suitcase Killer” who allegedly murdered and dismembered her husband. Or, see why police think convicted killer Stacey Castor murdered two of her husbands with antifreeze.