Melanie McGuire, The ‘Suitcase Killer’ Who Murdered And Dismembered Her Husband

When suitcases containing human body parts began washing ashore along the Chesapeake Bay in May 2004, police quickly followed the bloody trail of evidence to Melanie McGuire, who they believe killed her husband Bill to start a new life with her secret lover.

Over a period of 12 days in May 2004, three dark green suitcases were discovered in and near the Chesapeake Bay. One contained legs, another a pelvis, and the third a torso and head. The body parts belonged to a New Jersey father of two named Bill McGuire, and police soon suspected that his wife, Melanie McGuire, had killed him. The media soon dubbed the case the “Suitcase Murder.”

For her part, Melanie insisted that her husband had stormed out after a fight. But police soon found that the couple had a deeply unhappy marriage, that Melanie had begun an affair with a co-worker, and that someone in the McGuire’s home had searched for things like “how to commit murder” online. 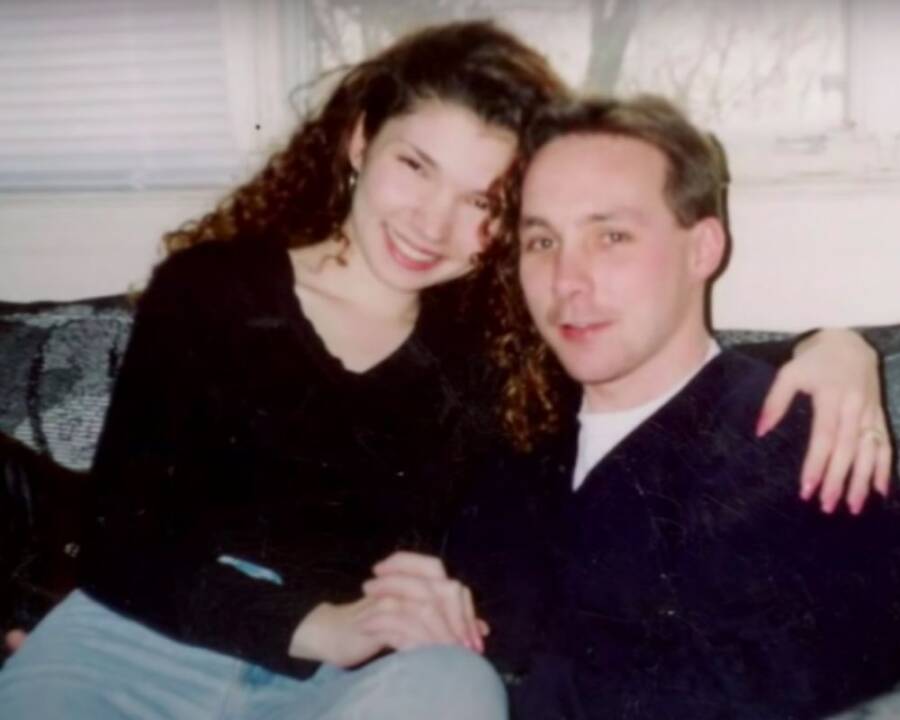 YouTubeMelanie McGuire married her husband in 1999 and later alleged that he had a gambling problem and a violent temper.

They surmised that Melanie had sedated Bill, shot him, and cut up his body. Though a jury agreed and sentenced Melanie McGuire to life in prison, the so-called “Suitcase Killer” has long insisted upon her innocence.

She claims that someone went after Bill because of his gambling debts — and that the real perpetrator of the Suitcase Murder is still out there.

The Breakdown Of Melanie McGuire’s Marriage

Nothing in Melanie McGuire’s early life suggested she’d turn to murder. Indeed, she spent most of her time bringing new life into the world.

Born on October 8, 1972, Melanie grew up in Ridgewood, New Jersey, majored in statistics at Rutgers University, and enrolled in nursing school, according to The New York Times.

In 1999, she started to work as a nurse at Reproductive Medicine Associates, one of the country’s largest fertility clinics. That same year, she married her husband, a U.S. Navy veteran named William “Bill” McGuire.

But though Bill and Melanie had two sons together, their marriage swiftly soured. According to PEOPLE, Melanie claimed that Bill had a gambling problem and a volatile temper. Sometimes, she said, he’d get violent with her.

That’s what happened the night of April 28, 2004, the day Bill McGuire disappeared, according to his wife. Melanie claims that Bill pushed her against the wall during a fight, hit her, and tried to choke her with a dryer sheet.

“He probably would have broken my cheek if it had been a closed fist,” Melanie McGuire told 20/20. “He said he was leaving and he wasn’t coming back and [that] I could tell my children they didn’t have a father.”

The very next day, Melanie spoke with divorce attorneys and attempted to file for a restraining order. But she didn’t report Bill missing. And about a week later, suitcases containing his body parts began to float to the surface in the Chesapeake Bay.

The Suitcase Murder had come to light.

The Investigation Into Bill McGuire’s Murder

On May 5, 2004, a couple of fishermen and their children noticed a dark green Kenneth Cole suitcase floating in the waters of the Chesapeake Bay. They opened it — and found a man’s dismembered legs, cut off at the knee.

On May 11, another suitcase was discovered. And on May 16, a third. One contained a torso and a head, the other a man’s thighs and pelvis, according to Oxygen. The victim, a coroner found, had been shot multiple times. 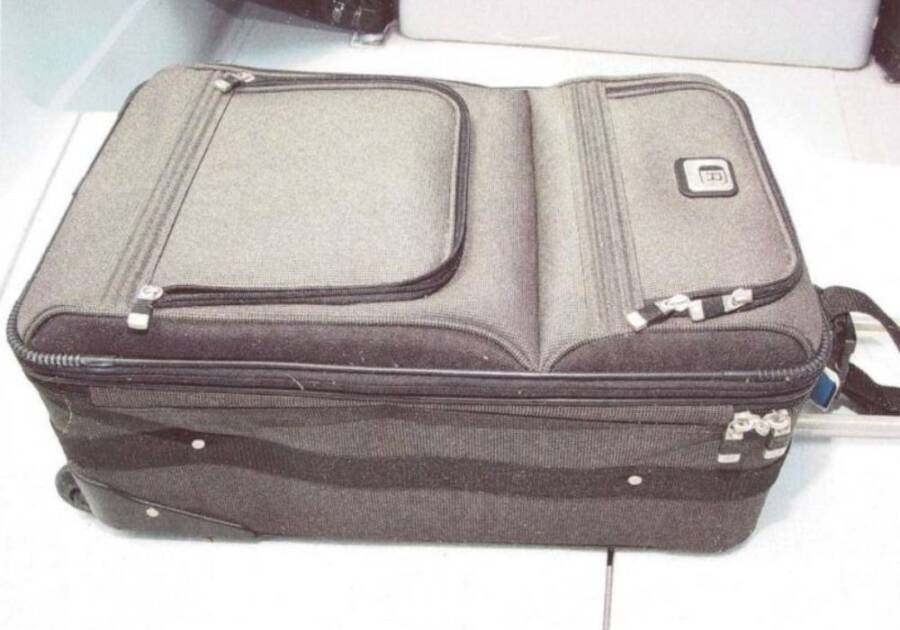 According to 20/20, the police were able to quickly identify the dismembered man. After they released a sketch to the public, one of Bill McGuire’s friends soon came forward.

“I just burst into tears,” Melanie said of learning about her husband’s death in a 2007 interview.

But despite her apparent grief, police soon began to suspect that Melanie McGuire had murdered her husband. They discovered that Melanie had bought a gun in Pennsylvania two days before Bill went missing and that she was having an affair with a doctor at her practice, Bradley Miller.

Investigators also found Bill’s car where Melanie suggested it would be — Atlantic City. But though she denied parking it there, Melanie later claimed that she had gone to Atlantic City and moved the car to “mess” with him.

Bill had a gambling problem, Melanie explained, and after their fight she knew he would be at the casino. So she drove around until she found his car and then moved it as a prank.

“It sounds beyond ridiculous sitting here saying it and I acknowledge that… It’s the truth,” she later told 20/20.

Investigators, however, found it highly suspicious that Melanie had then tried to have 90-cent EZ Pass toll charges, which proved she’d gone to Atlantic City, removed from her account.

“I panicked,” Melanie told 20/20. “I absolutely tried to have those charges taken off because I feared that people would look and think what they ultimately ended up thinking.”

Meanwhile, investigators found more and more evidence that suggested that Melanie McGuire had killed her husband. Bill’s car contained a bottle of chloral hydrate, a sedative, and two syringes, which had been prescribed by Bradley Miller. Miller, however, claimed that the prescription was written in Melanie’s handwriting.

Police also found a number of suspicious internet searches on the McGuires’ home computer, including questions like: “how to purchase guns illegally,” “how to commit murder,” and “undetectable poisons.” And they believed that the garbage bags in the McGuire home matched the bags wrapped around Bill McGuire’s dismembered body.

On June 5, 2005, investigators arrested Melanie McGuire and charged her with first-degree murder. Dubbed the “Suitcase Killer,” she was found guilty and sentenced to life in prison on July 19, 2007, at the age of 34.

But Melanie maintains that she did not commit the infamous Suitcase Murder. And she’s not the only one who thinks that police arrested the wrong suspect.

The “Suitcase Killer” And Her Fight For Freedom

In September 2020, Melanie McGuire sat down with 20/20 and gave her first interview in 13 years. During her conversation with ABC’s Amy Robach, Melanie continued to insist on her innocence.

“The killer is out there and it’s not me,” Melanie told Robach. She suggested that her husband had been killed over his gambling debts, claiming that he was the one who’d insisted that she buy a gun in the first place.

“After all these years, I still feel hurt,” Melanie said. “I still feel bothered. Like, how could somebody think that I did that?” 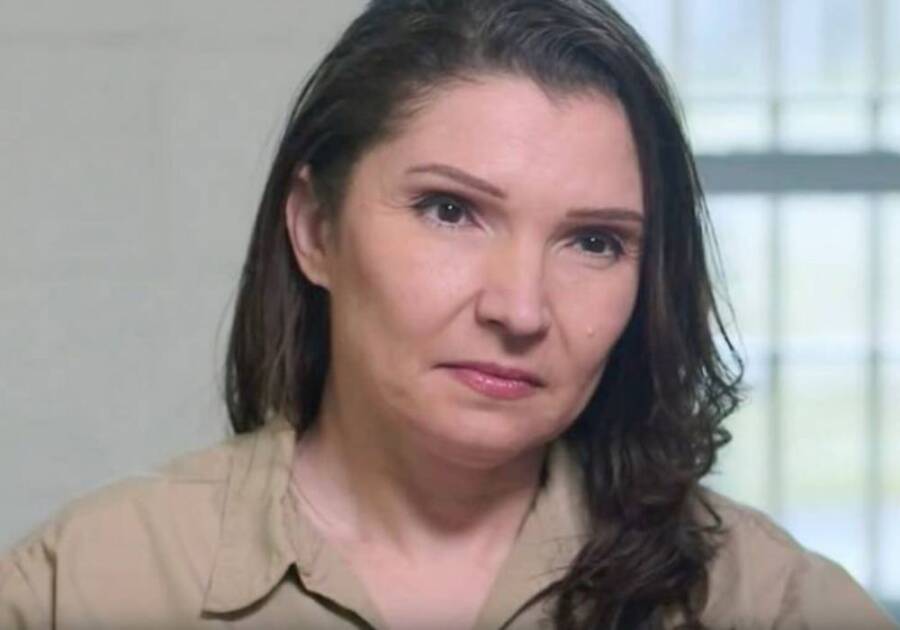 YouTubeMelanie McGuire says she’s innocent and that someone else killed her husband, Bill, in 2004.

Melanie’s not the only person who believes that the police got it wrong. Fairleigh Dickinson University criminology professors Meghan Sacks and Amy Shlosberg have an entire podcast called Direct Appeal dedicated to questioning Melanie’s conviction.

Sacks seconded her co-host, saying: “Melanie did not incapacitate, shoot [or] use a saw to dismember her husband. Do you know how hard it is to cut through bone? It is physically exhausting. Also if the crime scene didn’t happen [at the family home] and she’s home with her children all night, where is this happening? There are just too many holes in this story.”

But though both the podcast and the making of the movie have brought attention to the Suitcase Murder, it doesn’t change the fact that Melanie McGuire is behind bars. To this day, Melanie maintains that she did not kill her husband, dismember him, and dispose of his body parts in suitcases.

After reading about Melanie McGuire and the “Suitcase Murder,” discover the story of Nancy Brophy, the woman who wrote “How To Murder Your Husband” and may have indeed murdered her husband. Or, learn about Stacey Castor, the “Black Widow” who killed two of her husbands with antifreeze.