Known as the "holy grail of shipwrecks," Spain's San José held an estimated 200 tons of treasure, including gold coins and ingots, silver, emeralds, and Chinese porcelain. 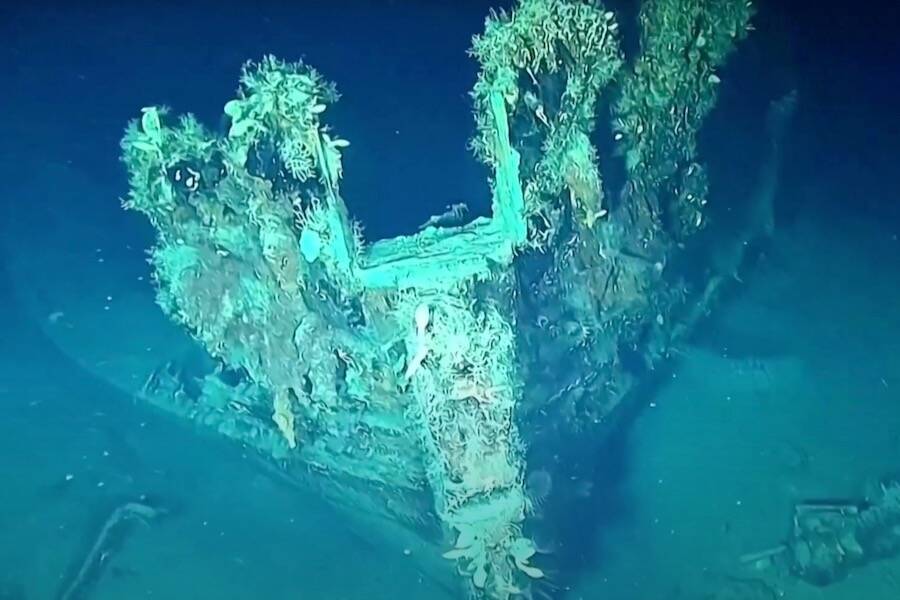 The galleon San José was a casualty of the War of the Spanish Succession. It held billions in stolen treasure and sank off Cartagena’s coast in Colombia in 1708, but its location remained mysterious until 2015. And now, officials just released the most precise images yet of the wreckage — and revealed the discovery of two other shipwrecks nearby.

Dubbed “the holy grail of shipwrecks” by historians and underwater archaeologists alike, the San José carried one of the largest cargos of valuables ever lost at sea. According to the BBC, Colombia’s Navy miraculously found it with remotely operated underwater vehicles more than three centuries later.

The site is riddled with millions of gold doubloons, silver coins, and emeralds that the Spanish plundered from South America. Archaeologists are currently studying the cargo, which is estimated to have a value of up to $17 billion. Meanwhile, the wrecks of at least two other ships have also caught their attention.

“We have already found two additional vessels: one vessel that is from the colonial period and another that, from the point of view of preliminary analysis, corresponds to the Republican period of our history,” said Colombia’s President Iván Duque, according to Heritage Daily. 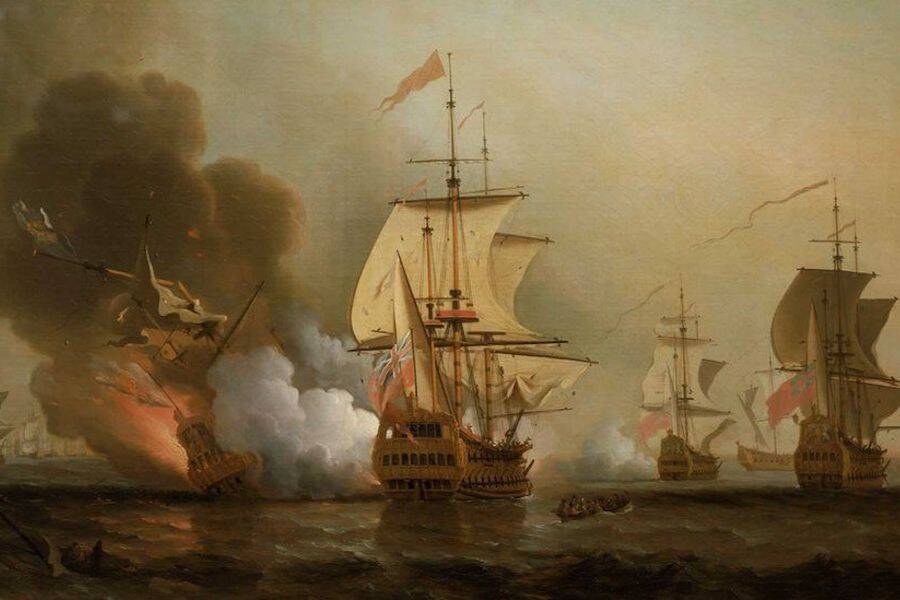 The colonial vessel is likely another Spanish boat from the late 18th or early 19th century, while the other shipwreck appears to be a Colombian schooner that dates to the country’s war for independence from Spain in 1819, according to Sky News.

Incredibly, the Colombian Navy wasn’t even looking for new shipwrecks when they made the discovery. Instead, they were conducting a survey of the san José wreckage and loot, which was intended for King Philip V of Spain to secure his treasury during the War of the Spanish Succession.

The War of the Spanish Succession began with the death of Charles II in 1700. He was the last of the Spanish Habsburgs and had no heir, sparking a struggle for power between their dynastic family and Philip’s House of Bourbon. Lasting until Philip V’s win in 1714, the conflict ultimately led to the rise of the British Empire, which took advantage of the chaos.

According to Newsweek, the San José was a three-masted, 64-gun galleon with 600 men aboard and filled with over 200 tons of looted gold, silver, and emeralds in addition to Chinese porcelain, pottery, and cannons before setting sail in the Caribbean at the height of the conflict — only for the British to sink the ship. 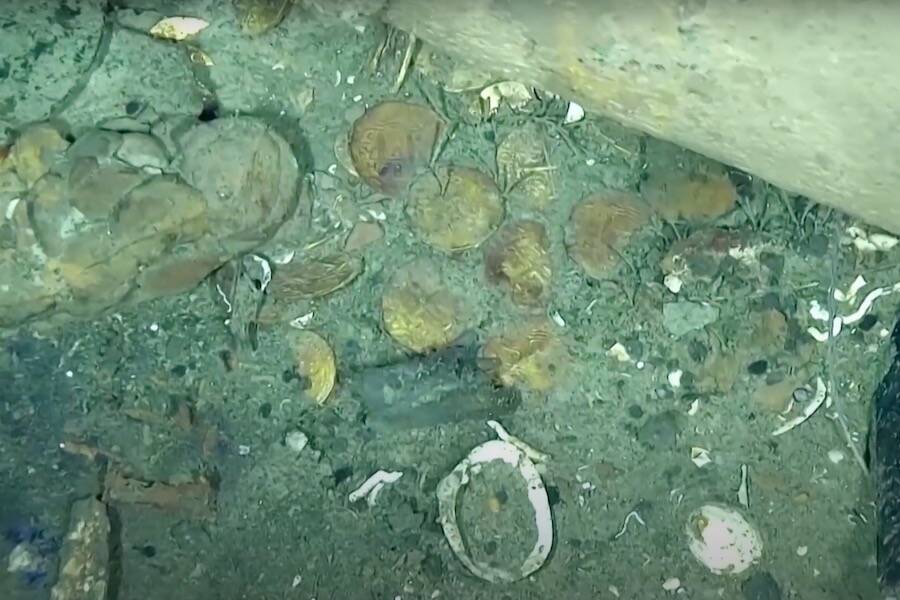 While it was clear that it sank off Cartagena’s coast, the galleon was only discovered in 2015. Officials have yet to disclose its location as salvage rights continue to be disputed by Colombia, Spain, and the Qhara Qhara nation of Bolivia — which argues that the treasure belongs to them because Spain illegally plundered it from their ancestors.

While litigations continue, President Duque believes the ship remains most intriguing — and lauded the Navy for capturing “images with a level of precision that’s never been seen before.”

Colombian naval officials used a remotely operated submersible fitted with high-definition cameras to locate the wreckage some 3,000 feet below the ocean surface.

The government footage showed its high-tech equipment being lowered into the ocean to capture this trove of artifacts. The cargo included swords formerly carried by the crew, teacups, clay vessels, and a linty of invaluable coins. According to a statement from the Colombian Armed Command, the ship was in remarkable condition. 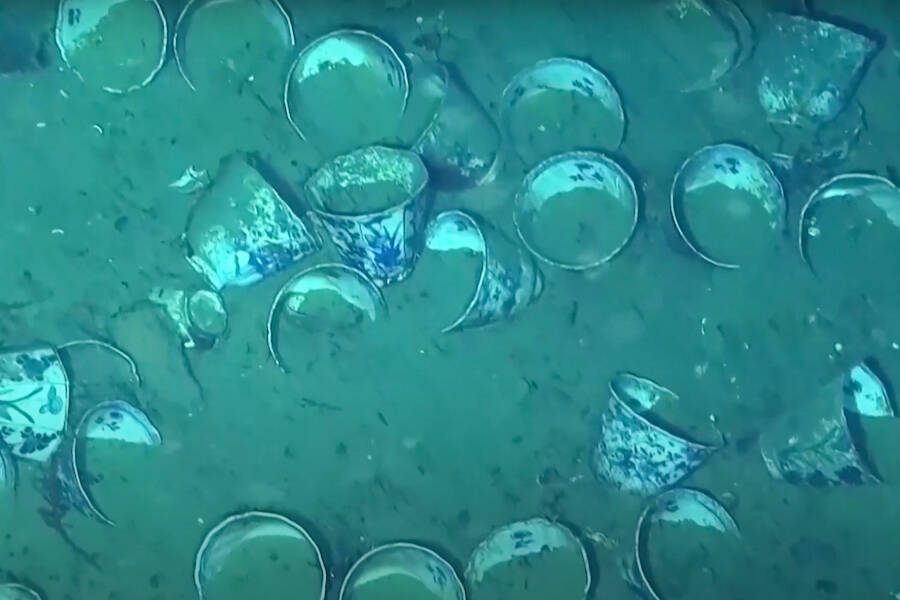 Armada de ColombiaCountless clay vessels and porcelain cups were unearthed from the site.

“Under the guidelines of the Presidency of the Republic during the last two years, the Colombian Navy and the General Maritime Directorate, in a non-intrusive observation work carried out at the site where the Galleon San Jose rests, has verified that it has not suffered intervention or alterations by human action,” the statement read.

While military archaeologists are analyzing the inscriptions to determine where exactly this cargo came from, President Duque stated firmly that the ship and its contents would stay in Colombia — and not be sold off to the highest bidder.

The same holds for the wreckage of the two other ships the Navy recently discovered as well, he said. These wrecks, according to Navy Commander Admiral Gabriel Perez, “show other options for archaeological exploration. So the work is just beginning.”

Indeed, perhaps most captivating of all is that President Duque revealed the Colombian Navy is now investigating at least 12 other vessels nearby.

After reading about the San José shipwreck, learn about the Ancient Greek military ship found in Ancient Egypt’s long-lost city. Then, read about the Roman shipwreck and ancient treasure found in Greece.