The carnivorous abelisaurid dinosaur, as of yet unnamed, roamed the Earth some 98 million years ago. 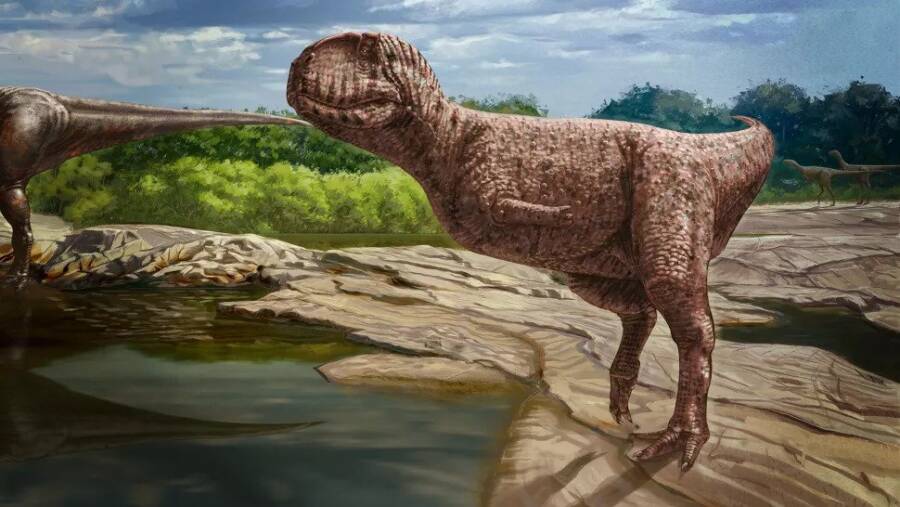 Andrew McAfee, Carnegie Museum of Natural HistoryPaleontologists were able to identify the type of dinosaur by a single bone.

A team of Egyptian and American paleontologists has discovered a dinosaur with a face only a mother could love. According to the scientists, the newly discovered dinosaur had a squashed, bulldog-like face, a huge body, and tiny, T. rex-like arms.

Paleontologists from Mansoura University Vertebrate Palaeontology Centre (MUVP) in Egypt and Ohio University in the United States first came across a hint of the new species in 2016, when they discovered a vertebrae bone in Egypt’s Bahariya Formation, in the Sahara Desert. Immediately, they identified the bone as belonging to an abelisaurid dinosaur.

“I’ve examined abelisaurid skeletons from Patagonia to Madagascar,” Patrick O’Connor of Ohio University told the Daily Mail. “My first glimpse of this specimen from field photos left no doubt about its identity. Abelisaurid neck bones are just so distinctive.”

According to Live Science, abelisaurid dinosaurs lived during the Cretaceous period, between 145 million and 66 million years ago, walked on two legs, and ate meat. Many of them had squashed faces, like the dinosaur just discovered in Egypt, as well as tiny arms like a T. rex.

But this dinosaur, which paleontologists haven’t yet named and lived about 98 million years ago, probably didn’t terrify its relatives.

“We’re about 99 percent sure that, unlike some of its relatives from other times and places, this particular abelisaurid was not at the top of its food chain,” Matthew Lamanna, a paleontologist at the Carnegie Museum of Natural History, who helped discover the dinosaur, told Live Science. 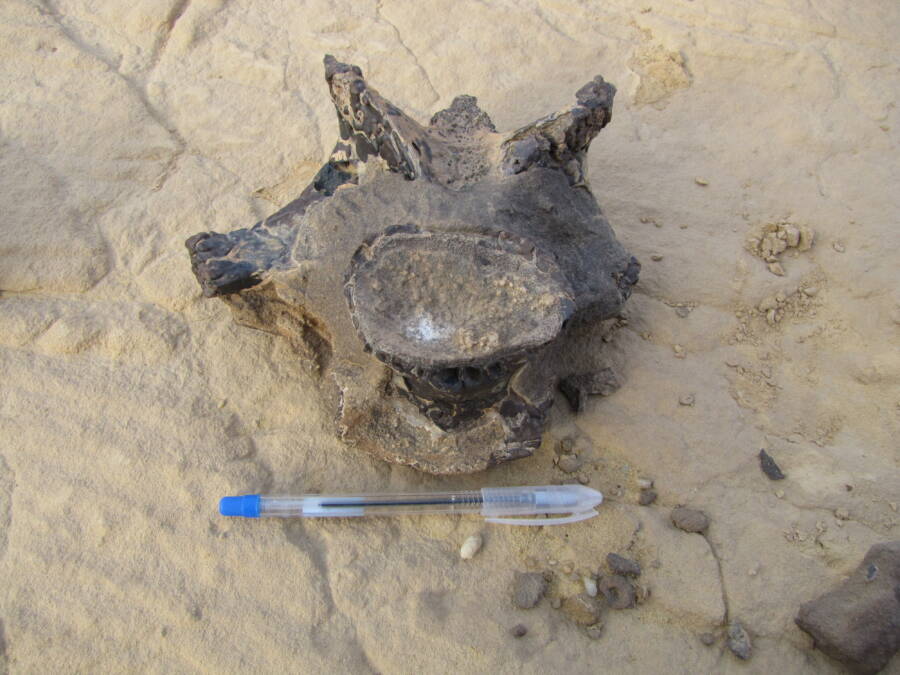 Sanaa El-Sayed/University of Michigan/The vertebrae bone discovered by paleontologists in Egypt in 2016.

Though the newly discovered dinosaur was probably between 16 and 20 feet long, it would have been dwarfed by other dinosaurs of its day. That’s because the Bahariya Formation, where paleontologists found its bone, was once home to monstrous dinosaurs like Carcharodontosaurus, Bahariasaurus, and Spinosaurus.

“During the mid-Cretaceous, the Bahariya Oasis would’ve been one of the most terrifying places on the planet,” Belal Salem of (MUVP), Ohio University, and Benha University, who led the study into the new dinosaur, told the Daily Mail.

“How all these huge predators managed to coexist remains a mystery, though it’s probably related to their having eaten different things, their having adapted to hunt different prey.”

Lamanna seconded him, telling Live Science, “How this 98-million-year-old environment managed to support not one but four massive predatory dinosaurs remains a puzzle.” 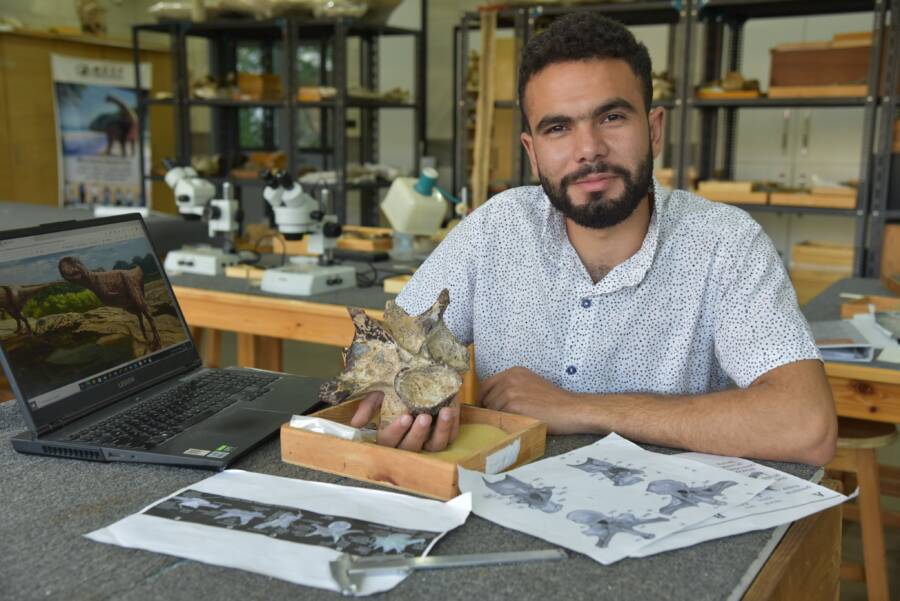 Hesham Sallam/American University in Cairo/Belal Salem with the bone belonging to the “bulldog” faced dinosaur that he and his team found in Egypt.

Indeed, the paleontologists hope to continue exploring the Bahariya Formation to better understand how the bulldog-faced dinosaur they found, as well as its neighbors, once lived. The area offered up a wealth of dinosaur fossils in the early 20th century but, according to the Daily Mail, many of these were destroyed during World War II bombings.

“The Bahariya Oasis has taken on near-legendary status among paleontologists for having produced the first-known fossils of some of the world’s most amazing dinosaurs,” Lamanna told the Daily Mail, adding, “But for more than three-quarters of a century, those fossils have existed only as pictures in old books.”

He and the others hope to keep scouring the area for dinosaur bones.

“Hopefully more of this Bahariya beast will turn up sooner or later,” Lamanna told Live Science.

Then, maybe he and the other paleontologists will finally be able to give this peculiar, bulldog-faced dinosaur a proper name.

After reading about the bulldog-faced dinosaur discovered in Egypt, discover the incredible story of Confractosuchus sauroktonos, the ancient crocodile skeleton with a dinosaur in its stomach. Or, see how a college student came across a triceratops skull in North Dakota.