‘A World First’: New Species Of Prehistoric Crocodile Discovered With A Dinosaur In Its Stomach

This prehistoric crocodile likely consumed the small ornithopod shortly before its own death at the hands of an even larger creature some 95 million years ago. 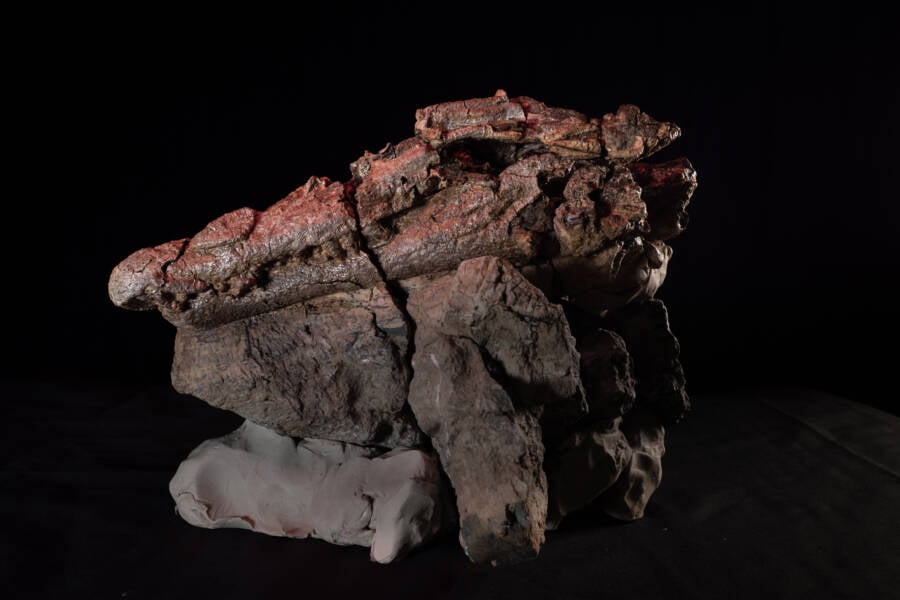 When paleontologists came across a 95-million-year-old crocodile skeleton in Queensland, Australia, they got more than they bargained for. Not only was the crocodile a previously unknown species, but it also had the remains of a dinosaur in its stomach.

“It’s just extraordinary,” raved Matt White, an associate at the Australian Age of Dinosaurs Museum, who led the research into the discovery.

“This is the first time that a crocodile has been discovered with dinosaur remains in its stomach. It’s a world first.”

White and a team of paleontologists and volunteers came across the crocodile fossil in 2010. They made the discovery at a geological rock formation called the Winton Formation, which has yielded dinosaur bones before.

They didn’t expect to make this stunning find — they were actually looking for sauropod bones — but came across the crocodile remains when a front loader started scraping excess dirt from the site.

“You make the best discoveries when you break something,” White said, noting that the front loader damaged the crocodile fossil.

As researchers examined the fossil, they made two exciting finds. One, the eight-foot crocodile appeared to be a previously undiscovered species. Two, it had the remains of a small dinosaur in its stomach. 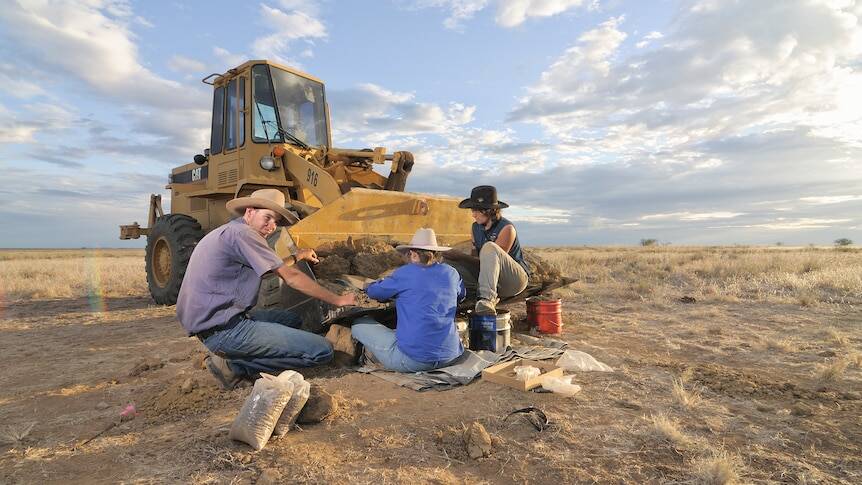 Australian Age of DinosaursThe crocodile fossil were discovered in the Winton Formation, a 95-million-year-old geological formation that has yielded dinosaur remains before.

Because the bones were tightly intertwined, researchers used X-rays, CT scans, and 3D computer modeling to examine them more closely.

“The technology that we’re using is drawing new life into what we can see within these fossils,” White said, noting that such technology may help discern the stomach contents of other fossils. “It’s going to change how things are done.”

He and his team determined that the dinosaur eaten by the crocodile was an ornithopod, a small, beaked plant-eater that lived 100 million years ago.

“Ornithopods were very cute little dinosaurs, probably a little bit bigger than a chicken at about 1.2 kilograms,” explained White.

“It would have looked something like Ducky from The Land Before Time. So you can imagine poor little Ducky crawling up onto the side of the bank and then a crocodile coming up and chomping it.”

And chomp the crocodile did. Researchers found that the crocodile “sheared” one of the ornithopod’s femurs in half. Its other femur bore the scar of a tooth mark.

“While Confractosuchus would not have specialized in eating dinosaurs, it would not have overlooked an easy meal, such as the young ornithopod remains found in its stomach,” White said.

The discovery offers a tantalizing peek into how the Australian ecosystem hummed and thrived tens of millions of years ago. It’s rare to find examples of dinosaur predation and even rarer to find stomach contents in extinct crocodiles.

“Given the lack of comparable global specimens, this prehistoric crocodile and its last meal will continue to provide clues to the relationships and behaviors of animals that inhabited Australia millions of years ago,” White said, adding that dinosaurs were an important part of the food web. 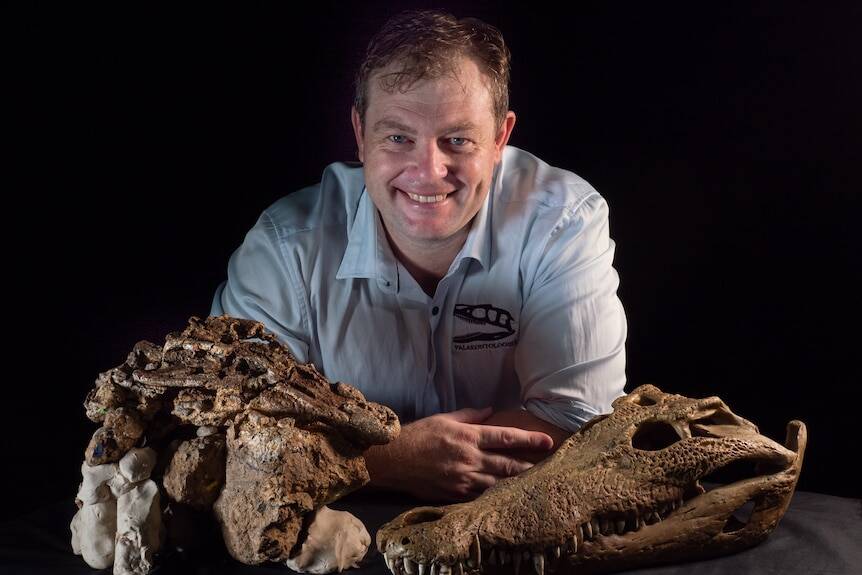 Australian Age of DinosaursMatt White led the research into the crocodile remains.

“Dinosaurs weren’t exactly top of the food chain but were part of an intricate web of mammals, pterosaurs, birds, and crocodiles,” White explained.

“What we’ve been able to demonstrate is the direct evidence of [crocodiles’] food source and that they were able to eat anything that came close enough.”

But one intriguing mystery remains. Though White and his team were able to extract most of the crocodile fossils from the rock, its tail is oddly missing. And the tail, White noted, is “the tastiest part of a crocodile.”

He and his team aren’t sure how the crocodile died. However, it seems possible that after it gobbled up the ornithopod, some creature higher up in the Cretaceous food chain took a bite out of the crocodile.

However its story ended, the fossilized remains of this newly discovered crocodile are now on display at the Australian Age of Dinosaurs Museum for all to see.