The Shocking Story Of Clara Harris, The Woman Who Killed Her Cheating Husband With Her Mercedes

Clara Harris caught her husband with his mistress at a hotel in Nassau Bay, Texas in July 2002 — and promptly ran him over with her car. 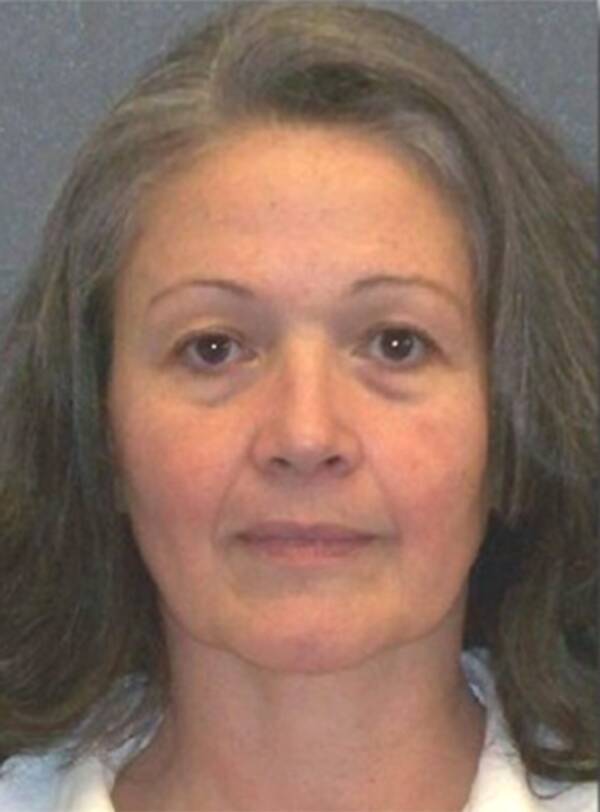 Texas Department of CorrectionsClara Harris was sentenced to 20 years in prison but only served 15.

Clara Harris had it all. The 44-year-old Colombian had moved to America in the 1980s and opened her own successful dentistry practice. She had two sons with her orthodontist husband, David Harris. They seemed like the perfect family — but on July 24, 2002, Harris fatally ran over her husband with her car.

Harris knew her husband was being unfaithful and hired a private investigation agency to follow him, as reported by ABC News. After confronting him in a hotel lobby in Houston, Texas, she got into her Mercedes-Benz and waited. With her stepdaughter in the car, she ran over him three times — and was sentenced to 20 years in prison.

Harris was released in 2018, a full five years before completing her sentence. Through it all, however, Clara Harris only wanted people to know the truth about what really happened the night she murdered her husband.

The Life Of David And Clara Harris

Clara Harris was born Clara Suarez on Feb. 3, 1958, in Bogotá, Colombia, according to Texas Monthly. She was determined to become a professional dentist. Raised by her widowed mother, she grew into an ambitious adult who studied dentistry in her home country before making her way to the United States in the late 1980s. 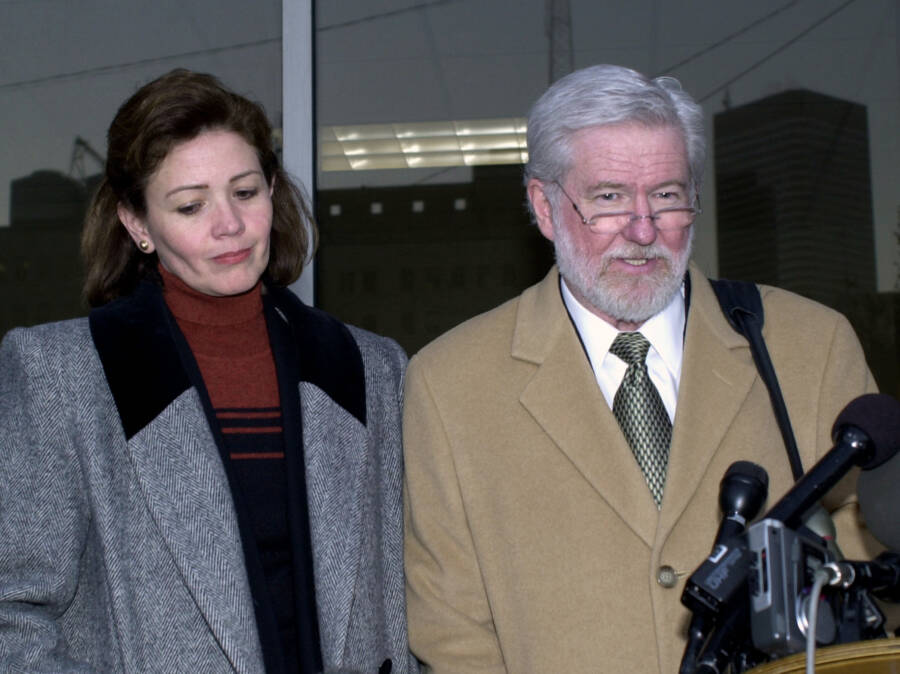 George Wong/Getty ImagesClara Harris and attorney George Parnham after the first day of testimony in 2003.

Harris completed her residency at the University of Texas School of Dentistry in Houston and was crowned “Miss Colombia Houston” at a local beauty contest shortly after. She and her future husband met as colleagues at the Castle Dental Center in 1991.

David Harris was enamored. The romance blossomed so rapidly that the couple got married on Feb. 14, 1992, less than a year after their first date. David had been married once before and had a daughter named Lindsey, and Harris loved the young girl like her own.

Clara Harris’ dream of being a successful dentist came true when she opened her own practice in 1993. Her husband later opened Space Center Orthodontics outside of Houston. They had twin sons named Brian and Bradley in 1998. While their marriage seemed perfect from the outside, David Harris began an affair with his receptionist Gail Bridges in the spring of 2002, as reported by CBS News.

Harris already knew about the affair when she hired Blue Moon Investigations, a private detective agency, in July 2002. Her husband had confessed to her on July 17, and Harris had confronted Bridges at the orthodontics office that same day, telling her she was fired.

The two began working to repair their marriage, and David Harris even told a friend, “We’re going to make it.” He then informed his wife that he wanted to take Bridges to one last dinner to end things amicably, as he had led the receptionist to believe that his marriage was open. Harris agreed, but she secretly hired a private investigator to follow them to dinner and ensure her husband ended the relationship.

On the evening of July 24, 2002, Harris received a devastating call from the investigator. Her husband and Bridges were not talking at a restaurant but were together at Nassau Bay Hilton — the same hotel where David and Clara Harris had been married 10 years earlier.

While David Harris’ daughter Lindsey spent the school year in Ohio with her mother, the teenager lived in Houston with her dad and stepmom over the summers. Lindsey was with Harris when she sped off in the direction of the hotel on July 24 to confront her husband.

Harris found her husband and Bridges in the hotel lobby. “You b—, he’s my husband!” Harris shouted before slapping Bridges. “This is Dr. David Harris and he’s f—ing this woman right here!” 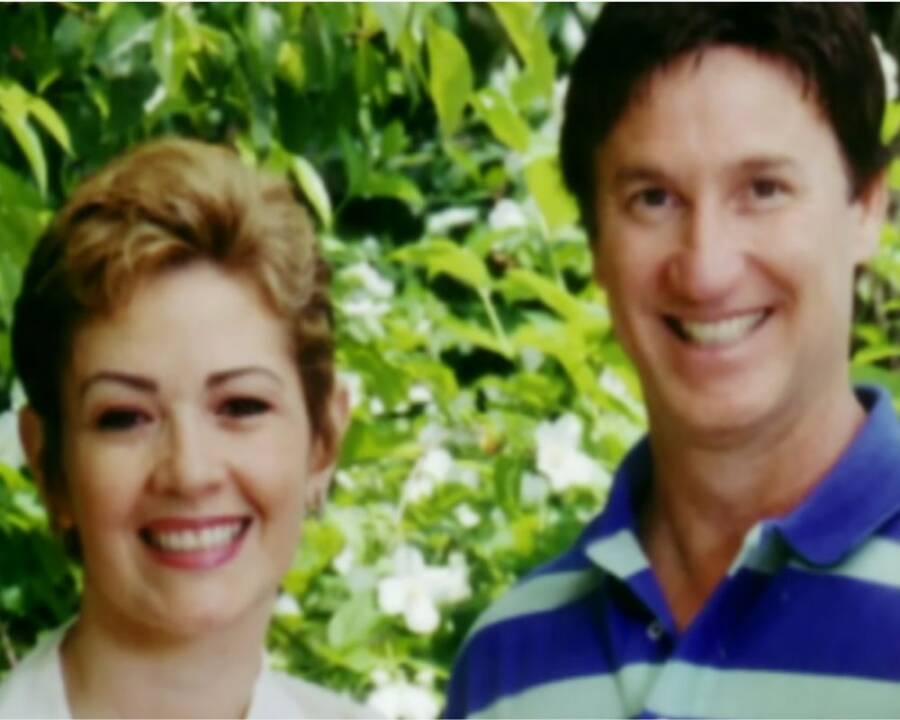 YouTubeDavid and Clara Harris were married for ten years before she killed him in a fit of rage.

Lindsey started hitting her father while shouting, “I hate you!” Harris ripped the shirt off Bridges, then David reportedly pushed Harris to the floor. He then escorted Bridges to her Lincoln Navigator while hotel staff took Harris outside. She and Lindsey got into Harris’ silver S-Class 430 Mercedes-Benz — and waited.

A symbol of her American success story, the luxury car soon became a murder weapon. According to the Los Angeles Times, Lindsey later testified that Harris said, “I’m going to hit him,” as they sat in the car and waited for David to appear. When he walked outside, his wife did precisely that, sending him flying 25 feet across the parking lot.

Witnesses recalled Lindsey screaming and trying to get out of the car, but Harris sped off to run over her husband. She turned the car around to run over him a second time, then made a final 180-degree turn to hit him once more. Witnesses recalled seeing Lindsey punch Harris in the face before both of them exited the vehicle.

Lindsey was already crying when she reached her dying father, and Harris soon joined in. She then cradled her husband and told him she was sorry and loved him, according to The New York Times. The 44-year-old orthodontist was tragically already gone. He was pronounced dead at 9:48 p.m. — and Clara Harris was charged with murder.

The story of an angry dentist killing her husband spread like wildfire. A dozen photojournalists flocked to Harris’ first court appearance. Her sons were placed in the care of family friends, and her stepdaughter Lindsey testified against her at the trial that began in January 2003.

The investigators Harris had hired happened to record the entire ordeal on video, which was entered into evidence. Since it only showed Harris circling the parking lot, and since David was barely visible, the defense argued she only hit him once.

A police officer who witnessed the crime testified that she ran him over three times, however. Lindsey, meanwhile, testified that Harris had made shocking statements one week before David was killed, as reported by ABC News.

“With all he’s done to me, I could kill him and get away with it,” Harris had allegedly stated.

Harris’ defense attorney George Parnham urged her not to take the stand for fear she would incriminate herself. She testified anyway, and Parnham subsequently passed out from “tremendous stress” in the courthouse hallway and had to be hospitalized.

After a three-week trial, Clara Harris was found guilty on Feb. 14, 2003. Jurors deemed hers a crime of “sudden passion,” and she was sentenced to 20 years in prison and a $10,000 fine, the maximum allowed for murder under such circumstances. 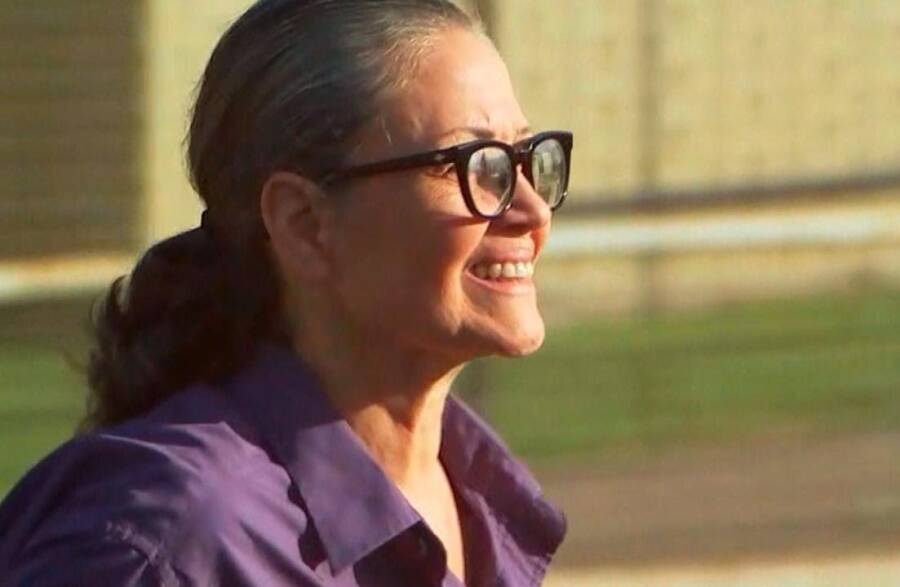 Inside Edition/YouTubeClara Harris leaving prison on May 11, 2018.

Harris’ sons visited her at the Mountain View Unit prison in Gainesville, Texas, every month. Her parole requests in April 2013 and September 2016 were denied, but her third request was boosted when her sons argued that they had now lost their mother as well as their father.

Granted parole in November 2017, Harris was released from prison at 8:20 a.m. on May 11, 2018. Under the conditions of her parole, she has to wear a monitoring bracelet, take regular drug and alcohol tests, be gainfully employed, and reside in Galveston County.

In an interview with Oprah before her release, Harris said, “I want to be judged by what really happened, not by the speculations people had made… I found myself in a situation that I never thought myself capable of.”

After learning about Clara Harris, read about Leona “Candy” Stevens lying in court to liberate her husband Charles Manson. Then, learn about rich teenager Ethan Couch being released from prison despite murdering four people.