A single footprint is the size of an adult male. 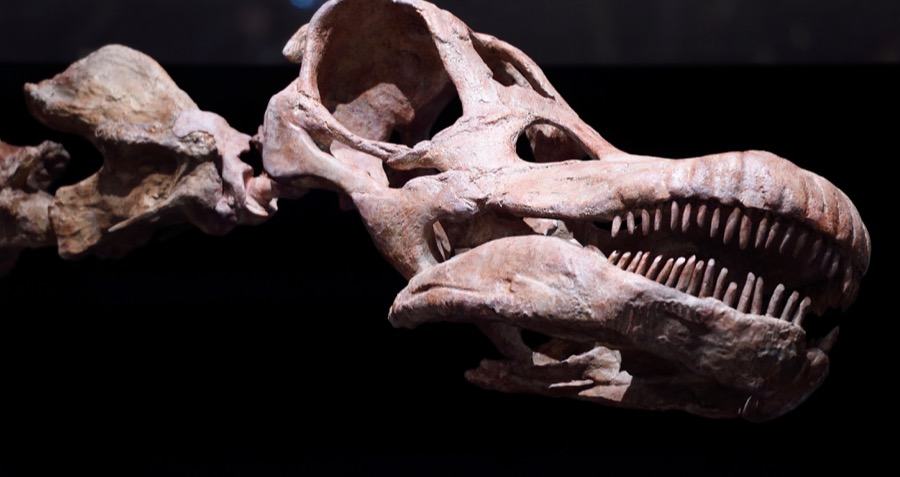 We know that some dinosaurs were massive, and a recent discovery in the Gobi desert illustrates just how big “big” can be when we talk about the now-extinct reptiles.

This August, researchers from Okayama University of Science and the Mongolian Academy of Science discovered one of the largest dinosaur footprints in recorded history — a Titanosaur’s footprint.

The dinosaur left the footprint behind roughly 70 to 90 million years ago in what is now the Gobi desert. To get an understanding of how truly massive that footprint is, check out the photo below, where Okayama University researcher Shinobu Ishigaki lies next to it:

The joint Mongolian-Japanese expedition uncovered several other footprints in the area, but the Titanosaur’s imprint was the biggest, clocking in at 42 inches long and 30 inches wide.

In addition to providing researchers with more insight into the extent of the dinosaur’s size, the footprint offers the clearest depiction of the creature’s nails yet found — an extra detail researchers will use to learn more about how these dinosaurs walked and maneuvered their lumbering bodies.

Popular depictions of the dinosaur — like those that appear in “Jurassic Park” — present it as wagging its tail from side to side. Paleontologists don’t think it actually happened this way, and instead believe the dinosaur held the tail out straight above the ground. “They were big lawnmowers,” Mark Norell, the chair of the Museum of Natural History’s paleontology division, told The New Yorker. “They would take a step, then eat everything on the ground in a giant semicircle in front of them.”

The Titanosaur is one of the largest dinosaurs paleontologists have ever uncovered, and estimates of its size go up to 65 feet in height and 100 feet in length. As part of the sauropod family, the Titanosaur has a characteristically long neck most associate with the Brachiosaurus — think “Jurassic Park.” Despite its cousin’s pop culture depiction as a treetop eating menace, sauropods such as the Titanosaur got most of their food from the ground, eating mostly ferns and conifers.

The Titanosaur is thought to have weighed around 70 tons, according to the Wall Street Journal, or eleven times the average weight of a Tyrannosaurus rex. A thigh bone recovered in Argentina (see below) measured eight feet in length, making it larger than the tallest woman in recorded history.

If you want to witness the Titanosaur’s size for yourself, good news: The American Museum of Natural History has a replica of it on display, thanks to an Argentinian rancher who in 2013 discovered the dinosaur’s femur poking out of a hillside. With the help of 3D printers, the museum used this fossil to create a 122 foot long fiberglass replica of the colossal dinosaur — so colossal, in fact that the life-sized recreation couldn’t even fit into the museum’s warehouse without its skull showing up in another exhibit.

Interested in really big lizards with giant feet? Check out The 31 Dinosaur Facts You Want To Know: The Biggest, The Scariest, The Smelliest or The Six Most Bizarre Dinosaurs.