Meet Purussaurus, The Prehistoric Crocodile With A Bite Twice As Powerful As T.Rex

The giant caiman known as Purussaurus was the apex predator of the Miocene epoch as it stalked the wetlands of South America, equipped with the strongest bite of any creature to ever live. 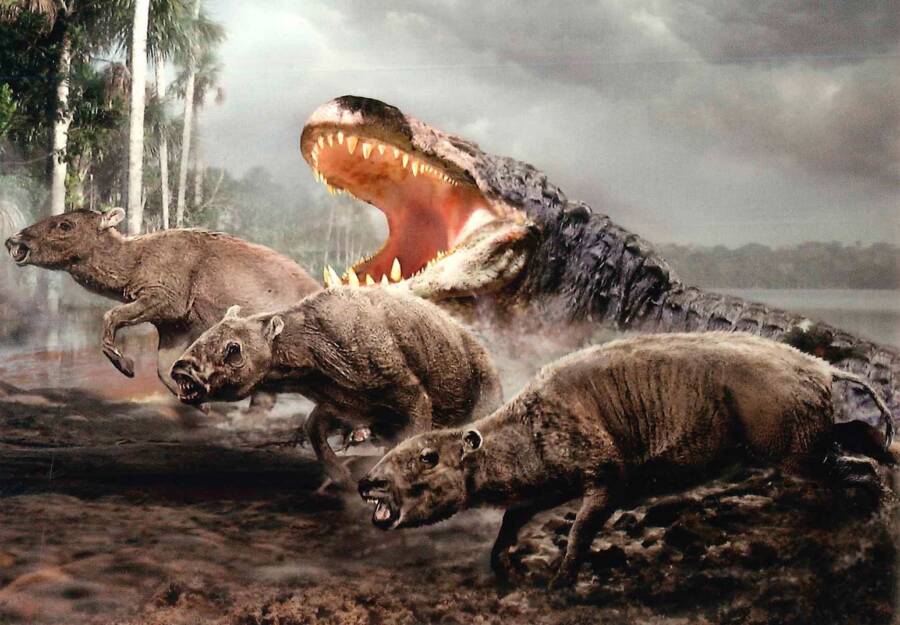 Pinterest/Velizar SimeonovskiPurussaurus was so enormous that its head alone was larger than the entire bodies of today’s caimans.

Creatures beyond our wildest imagination walked this planet long before humans ever arrived. Perhaps scariest among them was the purussaurus: a prehistoric crocodile longer than a school bus — and mightier than even the T.rex.

Formally known as Purussaurus brasiliensis, the mammoth crocodilian species could reach up to 41 feet in adulthood and weigh as much as 18,100 pounds. And the mighty purussaurus regularly consumed 88 pounds of flesh each day.

The Amazonian creature prowled the South American wetlands, rising from its waters to pounce on prey. Its jaws clamped down with a bite force of 5.3 metric tons — twice as strong as that of a Tyrannosaurus rex.

Purussaurus brasiliensis was named after its discovery in the Brazilian rainforest. Although similar-looking to alligators, its heavily armored belly places the beast in the caiman family — commonly referred to as a crocodylians. 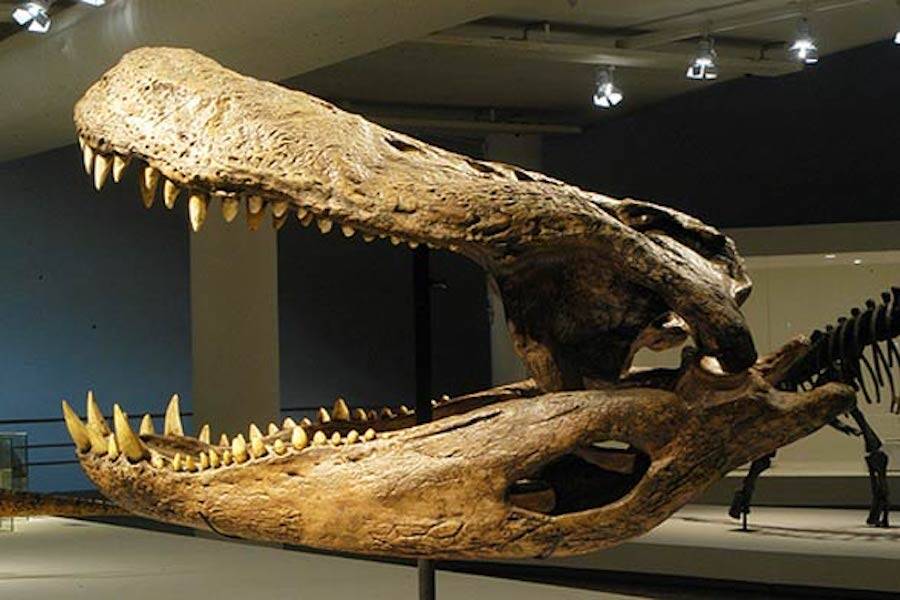 PinterestThe colossal skull of a purussaurus.

The first fossilized purussaurus remains were found in the late 1800s by Brazilian researcher Joao Barbosa Rodrigues. While the species had finally been discovered, named, and entered into the historical record, there was a lot of guesswork as to its size and habits. Luckily, purussaurus skulls began to rear their colossal heads.

Those ancient bony remains illuminated more about the species than ever before, and were dug from the soil of Peru, Colombia, Panama, and Venezuela. They proved, once and for all, that the purussaurus was the largest crocodilian species that ever lived — confirming its 41-foot length and 8.4-ton weight.

Until a recently, it was thought the caiman came into existence about eight million years ago. A 2020 study on large bite marks on a 13-million-year-old sloth, however, concluded that they must have been made by a purussaurus. None of the other six prehistoric crocodilian species in the region had teeth as large. 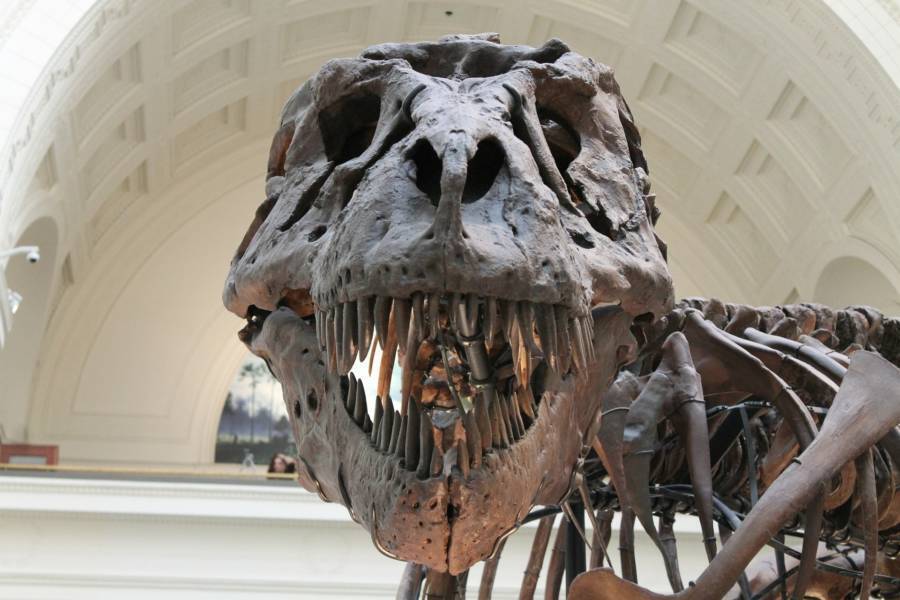 PixabayNot even a T. rex had as powerful a bite as the purussaurus.

Ultimately, the data gathered on this creature was rather sparse until recently. It was clear that the Late Miocene animal lived in another era than the Tyrannosaurus rex, was the largest of its kind, and plunged about the waters of South America. How it killed, and how efficiently, however, was only revealed later.

Why Purussaurus Brasiliensis Was The Most Feared Predator Of Its Time

In 2015, Tito Aureliano and his team revealed their findings regarding the bite force, paleobiology, and morphology of the purussaurus. The Brazilian paleontologist, of the University of Campinas, determined that this particular species had the strongest bite of any four-limbed animal ever discovered.

As published in the Public Library of Sciences journal, the study confirmed this unprecedented bite force among all tetrapods with detailed figures. When it clamped down, it did so with 69,000 newtons, or 15,512 pounds of pressure. As the 2020 study suggested, that skill often took the purussaurus to shore. 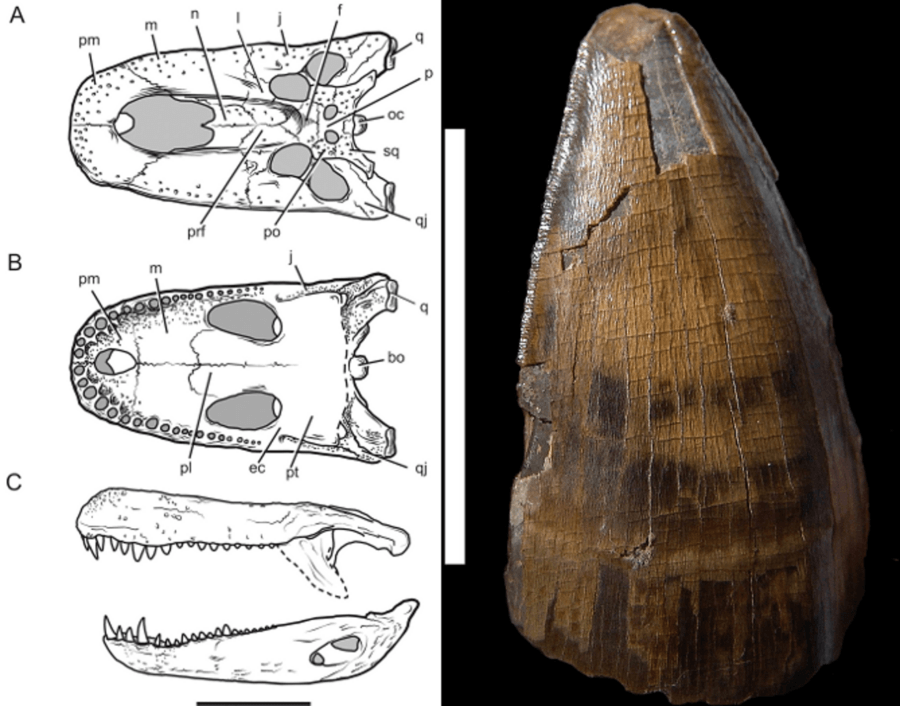 Armed with 20 times the strength of a great white shark’s bite, the crocodilian was more than capable of sneaking to shallow waters and wrenching its prey into the depths. The study suggested that the enormous size of this creature was an evolutionary response to its competition — and made the purussaurus a king among predators.

“The extreme size and strength reached by this animal seems to have allowed it to include a wide range of prey in its diet, making it a top predator in its ecosystem,” the study said. “As an adult, it would have preyed upon large to very large vertebrates, and, being unmatched by any other carnivore, it avoided competition.”

Aureliano focused his research on the creature’s robust skull and teeth, quickly learning that purussaurus easily snatched up prey weighing more than a ton. While the two weren’t contemporaries, it was also clear that not even the T. Rex would’ve survived its massive bite force and fearsome teeth.

“The Purussaurus and the Tyrannosaurus lived in different ages, but there is no doubt that the Purussaurus would have won a fight between the two of them,” said co-author Aline Ghilardi.

Why Did The Purussaurus Go Extinct? 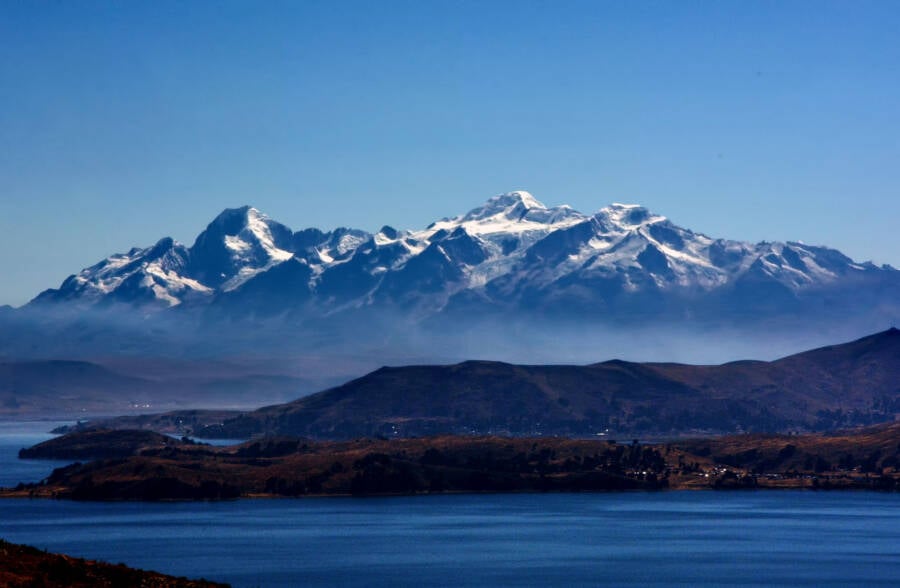 Flickr/Mariano MantelIt was the tectonic shifts spurring the rise of the Andes mountains that led to the demise of the purussaurus.

However, purussaurus wasn’t terribly long for this world. Also according to Ghilardi, the region’s geological movements spurred the tectonic growth of the Andes mountains and eventually led to the creature’s demise.

“The rise of the Andes changes changed everything for the purussaurus, which previously thrived on the presence of huge mammals in the region,” she said. “The swamplands were radically changed and led to the demise of several species.”

With the massive caiman needing equally massive amounts of meat just to survive, when smaller mammals other beasts that it had called prey began to disappear with the changing landscape, purussaurus simply didn’t have the food it needed to survive.

Ultimately, it’s unlikely that we’ll ever see a species this colossal tear through the rainforests ever again. And for that, we’re likely lucky,

After learning about the purussaurus, read about the 180-million-year-old fossil discovered as the missing link of the crocodile family. Then, learn about the Nodosaur dinosaur “mummy” revealed with its skin and guts intact.