Inside The Tragic Death Of Steve McQueen, Hollywood’s ‘King Of Cool’

On November 7, 1980, Steve McQueen died of a heart attack after undergoing surgery to remove numerous cancerous tumors in his abdomen and neck. 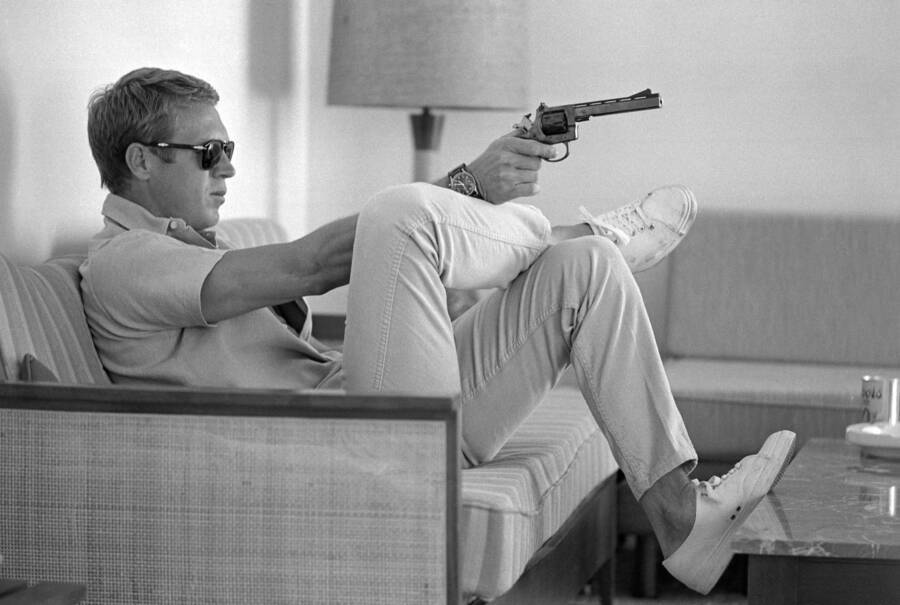 Steve McQueen was the silent type for a modern era, capable of turning the tables against any threat on screen. But at home, his domestic abuses and addictions ruled. Then, suddenly, on Nov. 7, 1980, he was dead.

Two years earlier, McQueen had developed a chronic cough in 1978. Antibiotic treatments failed to subdue it, as did giving up cigarettes. When he finally sought professional treatment, a biopsy revealed pleural mesothelioma on Dec. 22, 1979.

The aggressive form of lung cancer is caused by severe exposure to asbestos, which McQueen believed he inhaled in the marines while removing insulation from a warship’s pipes. With no known cure, the diagnosis was terminal. Soon, it spread to his stomach, liver, and neck.

For months, McQueen sought alternative therapies in Mexico before turning to a kidney specialist there who had made a name for himself putting mutilated bullfighters back together. The doctor was willing to perform an operation to remove his tumors that every American doctor had advised against, knowing it would likely kill him.

And in the end, Steve McQueen’s death proved their prognosis tragically accurate.

Terrence Stephen McQueen was born on March 24, 1930, in Beech Grove, Indiana. His disinterested father, William, abandoned him within months. Then, at the age of three, his mother, Julia Ann, placed him in the care of her parents in Slater, Missouri. McQueen would remain there until she remarried in 1942. 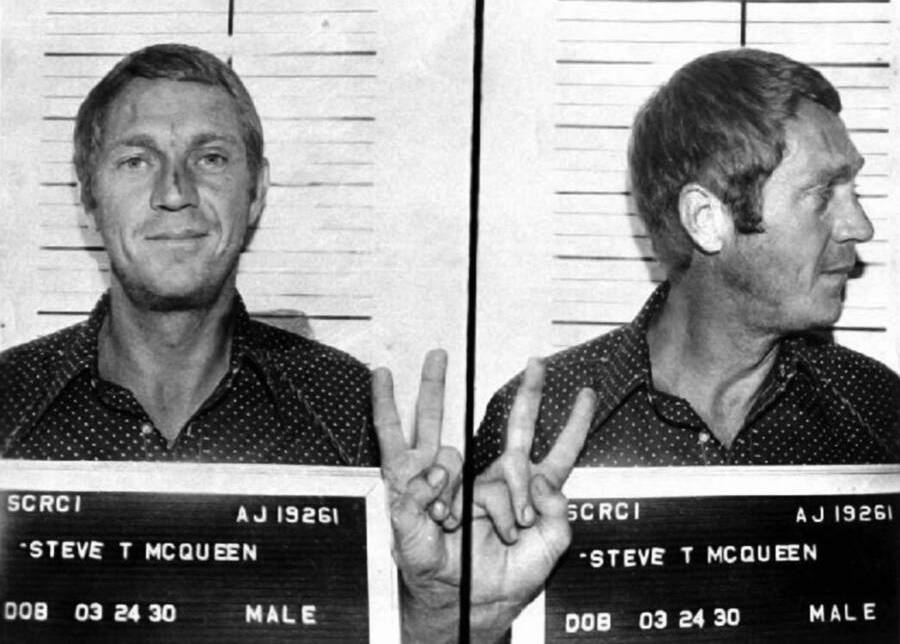 Summoned to Los Angeles, the 12-year-old McQueen was routinely beaten by his stepfather. He grew a temper and got into petty crimes that landed him in reform school until he was 16. McQueen reunited with his mother yet again in 1946, this time in New York. When she put him up in a separate apartment, however, he left.

Determined to find his purpose, McQueen joined the merchant marines, only to walk off the job while docked in the Dominican Republic. For years, he bounced around odd jobs as oil rig worker and brothel towel boy before trying his hand in the Marines in 1947. He served three years and was honorably discharged in 1950.

Bartending back in New York, McQueen met an actress and followed her into the profession. The G.I. bill helped him pay for the iconic Neighborhood Playhouse and study under legends like Lee Strasberg and Uta Hagen. And by 1960, he had been on Broadway stages and in films with Paul Newman and Frank Sinatra.

Soon, he became known as man’s man whose impactful roles in Bullitt and Le Mans reflected his lifestyle of fast cars and heavy partying.

At home, however, he did more than merely party. His two ex-wives later revealed he had viciously beaten them. He married his third wife, Barbara Minty, in January 1980.

They would be together for only 10 more months before Steve McQueen died.

When Steve McQueen married Barbara Minty, he had already been diagnosed with terminal cancer, against which he intended to wage war in private. 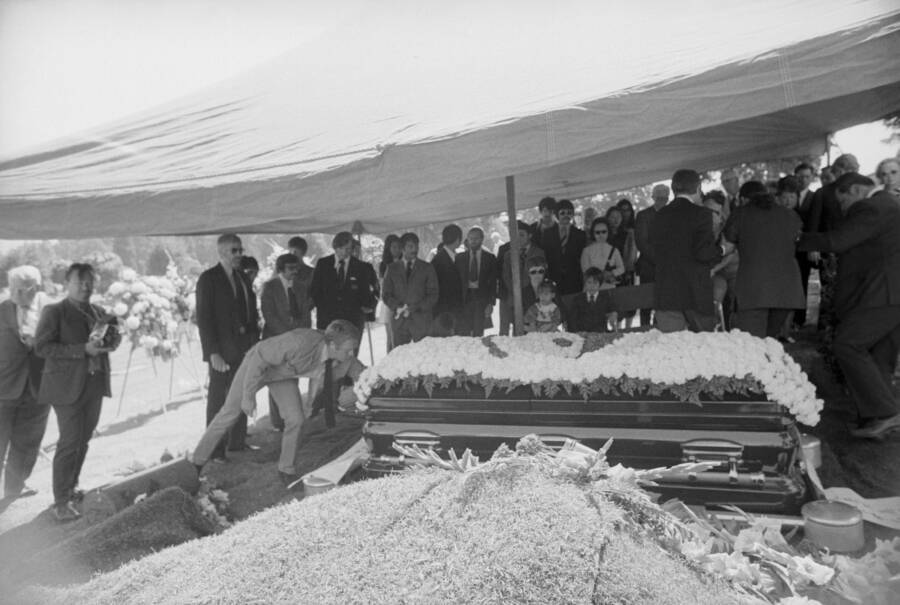 Bettmann/Getty ImagesMcQueen straightens the sign on the casket of his dear friend Bruce Lee, of whom he was a student.

But on March 18, 1980, the National Enquirer robbed him of that hope by publishing an article headlined “Steve McQueen’s Heroic Battle Against Terminal Cancer.” It spread like wildfire.

McQueen made his last public appearance on March 28 in Oxnard, California. Paunchy and bearded, he attended an early screening of his western Tom Horn before rhetorically asking a ravenous press if they had taken enough pictures.

The film was released to dismal reviews on July 28, with Variety calling it “a sorry ending.”

McQueen didn’t have the time nor energy to do press for the film, and at any rate, by that time had already left the United States for Rosarito Beach, Mexico. Chemotherapy and radiotherapy had failed to shrink his cancer, seeing McQueen desperate for alternative solutions.

And before Steve McQueen’s death, the actor placed his trust in a man named William D. Kelley.

Kelley not only claimed to have cured his own pancreatic cancer, but devised a regimen so baseless that the American Cancer Society had to formally reject it. Kelley wasn’t even a cancer specialist, but a disgraced orthodontist — whose treatment approach for McQueen involved coffee enemas and animal cell injections.

Supervised by Dr. Rodrigo Rodriguez, McQueen received 50 daily vitamins and underwent countless coffee enemas, massages, prayer sessions, and psychotherapy sessions. And although McQueen thanked Mexico’s unregulated approach to alternative solutions “for helping to save my life” in October 1980, his condition would only worsen.

On Nov. 5, 1980, two days before Steve McQueen died, he checked into Clinica de Santa Rosa in Juarez, Mexico. He had heard of a kidney specialist there named Cesar Santos Vargas who had a knack for putting mutilated bullfighters back together. Ever stoic, he registered under the pseudonym “Samuel Sheppard” — and signed off for the operation. 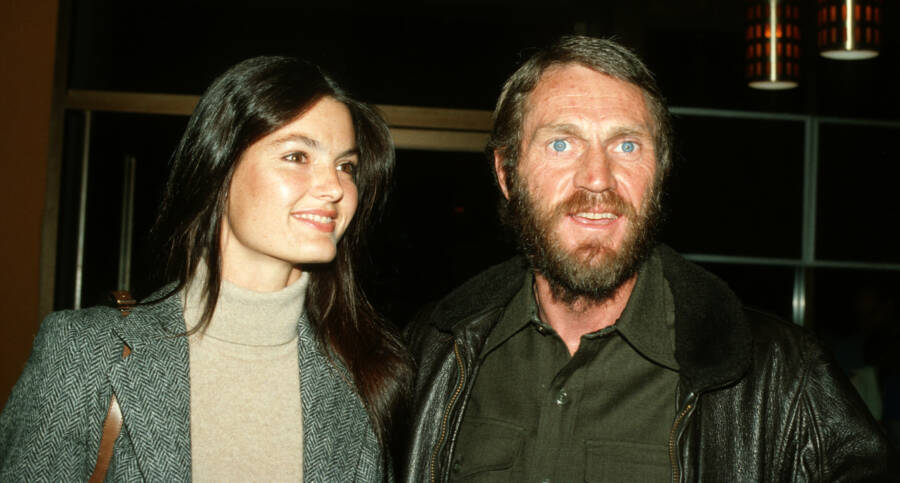 When Vargas received “Sam Sheppard,” he found “a very huge tumor in the right lung which was malignant and had spread to his left lung, neck and down into the intestines.” The doctor said his patient had been “in great pain and he was barely able to walk even with a cane” when he arrived.

McQueens’ five-pound tumor had distended his stomach so much that Vargas said he “looked more pregnant than a fully pregnant woman.” And Vargas admonished those who didn’t immediately operate upon looking at McQueen’s x-rays.

The surgeon wasted no time and performed the three-hour surgery at 8 a.m. the next morning. He removed as many tumors in McQueen’s neck and liver as he could. And for one day, it looked like McQueen had gained a few more years to live and conquered his cancerous foe.

McQueen survived the operation and said he was in much less pain than he was before. He even gave his doctor two thumbs up and said, “I did it” in Spanish.

Vargas later told the press that McQueen displayed an immense will to live during the few days that he knew him. He also said that McQueen had been able to walk and chew on bits of ice after the surgery, but that tumor was so large it would have eventually killed him.

Vargas performed an autopsy at the Prado Funeral Home in Juarez in the morning. It took 30 minutes and yielded the complete picture of McQueen’s cancer-riddled organs. His body was then transported from the funeral home to El Paso International Airport in an old Ford LTD and put on a Lear Jet that landed in Los Angeles at 4 p.m. that day.

In the end, Steve McQueen’s legacy is one of reserved confidence and the pitfalls of male rage. And although Vargas had only known him for two days and didn’t even realize who McQueen was, he unwittingly uttered the most accurate and concise obituaries ever written of Hollywood’s King of Cool:

“He was a man sure of himself and very sincere.”

After learning about Steve McQueen’s death, read about the mysterious circumstances around Bruce Lee’s death. Then, learn about the death of Bob Marley and the conspiracy theories around it.