When Nikola Tesla died on Jan. 7, 1943, he had only the company of his pigeons and his obsessions — then the FBI came for his research. 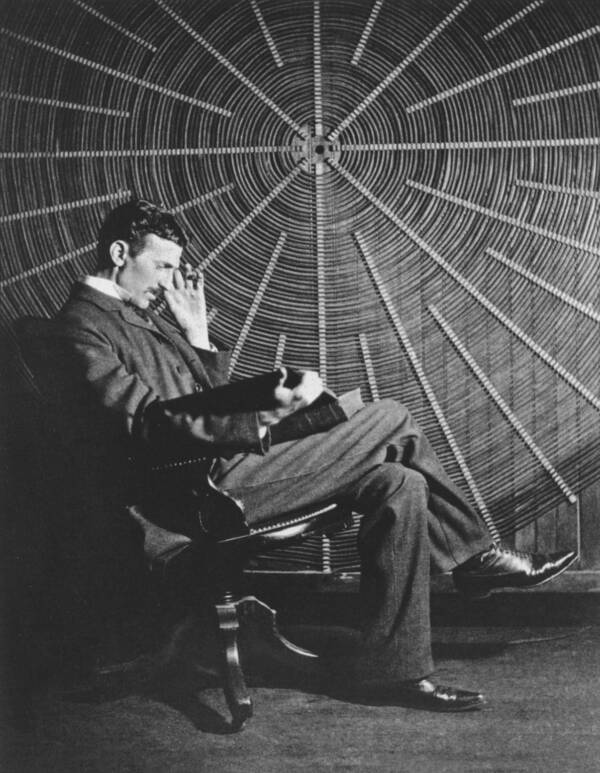 Wikimedia CommonsNikola Tesla died alone and poor. Here he is pictured at his laboratory in 1896.

Throughout his life, Nikola Tesla sought to solve some of science’s greatest mysteries. The brilliant inventor had lived a remarkable life — churning out innovations like alternating-current electricity and presciently imagining a world of “wireless communication.” But when he died alone and broke in 1943 in New York City, he left behind a wealth of mysteries and what-ifs.

In short order, U.S. government agents promptly swept into the hotel where Tesla had been living and gathered his notes and files. Many believe they were looking for evidence of Tesla’s “death ray,” a device he had been teasing for years that could change warfare forever, as well as any other inventions they could find.

This is the story of Nikola Tesla’s death, the sad final chapter that preceded it, and the enduring mystery of his missing files.

How Did Nikola Tesla Die?

Nikola Tesla died on Jan. 7, 1943, alone and in debt, on the 33rd floor of the Hotel New Yorker. He was 86 and had been living in small hotel rooms like this for decades.

Tesla’s cause of death was coronary thrombosis.

By then, much of the excitement around Tesla’s inventions had faded. He had lost the race to invent the radio to the Italian inventor Guglielmo Marconi in 1901, and his financial support from investors like J.P. Morgan had dried up. 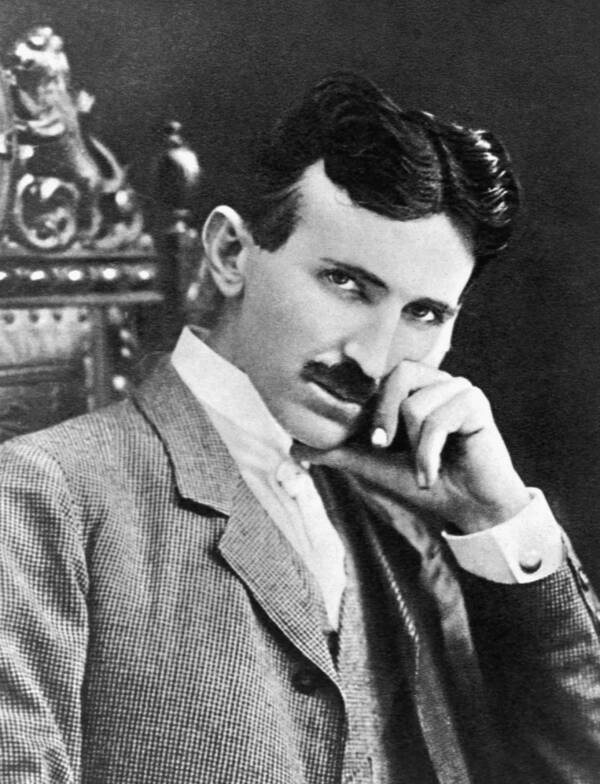 Wikimedia CommonsBy the time he died in 1943, Tesla was alone, in debt, and increasingly withdrawn from society.

As the world withdrew from Tesla, Tesla withdrew from the world. By 1912, he’d become increasingly compulsive. He counted his steps, insisted on having 18 napkins on the table, and became obsessed with cleanliness as well as the numbers 3, 6, and 9.

Bouncing from cheap hotel to cheap hotel, Tesla began spending more time with pigeons than with humans. One white pigeon caught his eye. “I love that pigeon as a man loves a woman,” Tesla wrote. “As long as I had her, there was a purpose to my life.”

The white pigeon died in one of his dreams in 1922 — her eyes like “two powerful beams of light” — and Tesla felt sure that he was done, too. At the time, he told friends that he believed that his life’s work was finished.

Yet, he continued to work and feed New York City’s pigeons for 20 more years.

Nikola Tesla’s inventions, however, would leave behind a legacy that would capture imaginations for decades — and a mystery that is still missing a few pieces.

His Mysterious ‘Death Ray’ And Other Sought-After Inventions 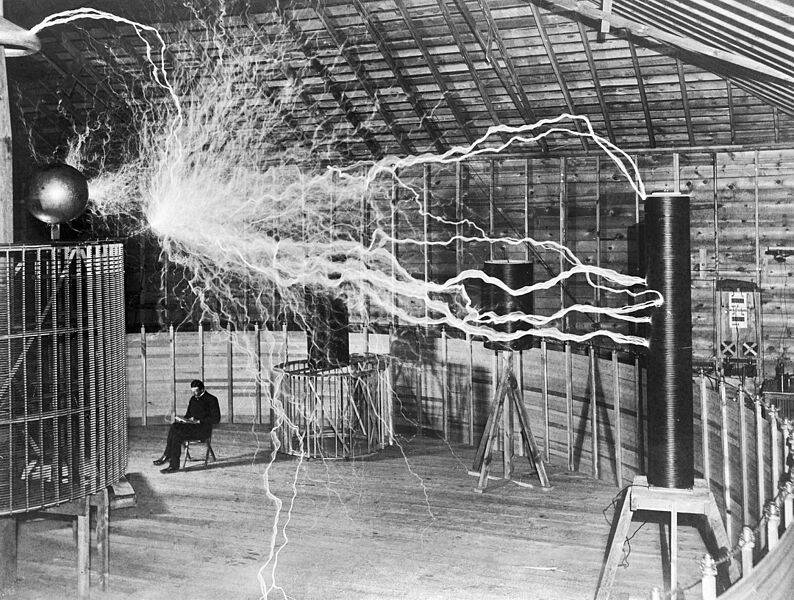 Wikimedia Commons/Dickenson V. AlleyA promotional image of Tesla amid his equipment, taken in 1899. The sparks were added through double-exposure.

After Nikola Tesla’s death, his nephew, Sava Kosanović, rushed to the Hotel New Yorker. He came upon an unsettling sight. Not only was his uncle’s body gone — but it also seemed that someone had removed many of his notes and files.

In fact, representatives from the Office of Alien Property Custodian, a relic from the federal government during World Wars I and II, had been to Tesla’s room and took multiple files for examination.

The representatives were looking for research on super-weapons like Tesla’s “death ray,” fearful that Kosanović or others may have planned to take that research and provide it to the Soviets.

Tesla claimed to have created — in his head, if not in reality — inventions that could change warfare. In 1934, he described a particle-beam weapon or “death ray” that could knock 10,000 enemy airplanes from the sky. In 1935, at his 79th birthday party, Tesla said that he had also invented a pocket-sized oscillation device that could level the Empire State Building. 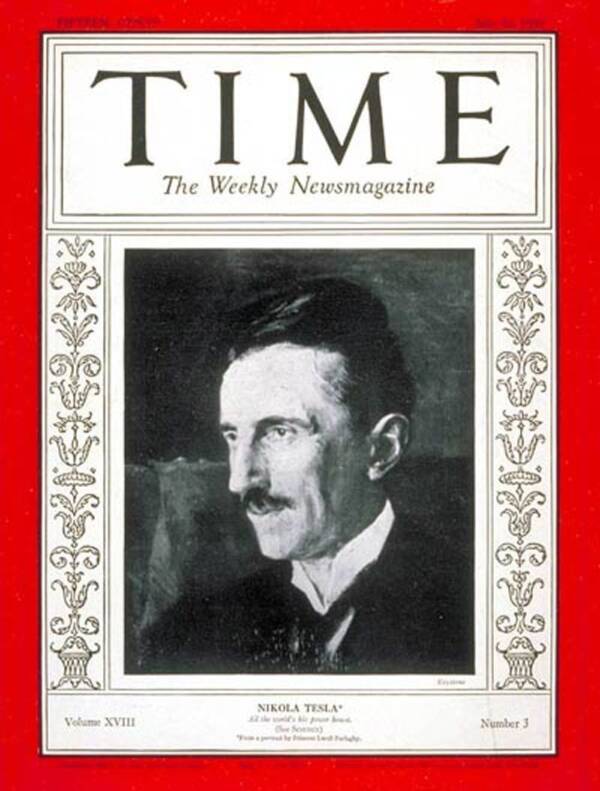 Wikimedia CommonsNear the end of his life, Nikola Tesla claimed to have ideas for inventions that could change warfare.

Tesla’s inventions were meant to promote peace, not war, however, and he had even tried to dangle them in front of the world’s governments during his life. Only the Soviet Union Seemed interested. They gave Tesla a check for $25,000 in exchange for some of his plans.

Now, the U.S. government wanted access to those plans, too. Officials naturally took an abiding interest in the “death ray,” which could have tipped the balance of power in future conflicts.

Trump looked for “any ideas of significant value.” He rifled through Tesla’s papers and declared that Tesla’s notes were “primarily of a speculative, philosophical and promotional character.”

That is, they did not include actual plans for creating any of the inventions that he had described. 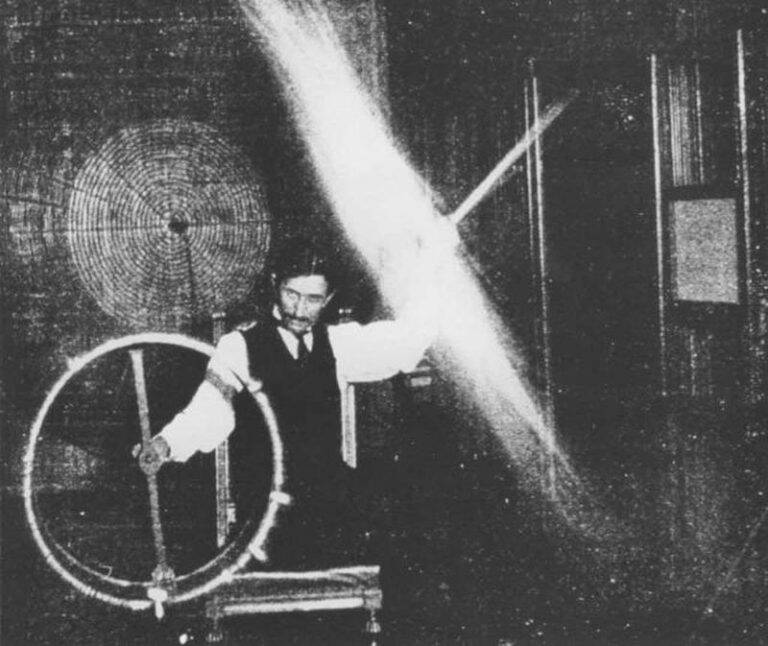 Wikimedia CommonsNikola Tesla, pictured in his lab, circa 1891.

Apparently satisfied, the U.S. government sent Tesla’s files to his nephew in 1952. But, although they had seized 80 cases, Kosanović received just 60. “Maybe they packed the 80 into 60,” speculated Tesla biographer Marc Seifer. “But there is the possibility that… the government did keep the missing trunks.”

Still, during the Cold War, between the 1950s and 1970s, government officials feared that the Soviets had obtained Tesla’s more explosive research.

That fear was part of the inspiration for the Reagan Administration’s Strategic Defense Initiative — or, “Star Wars program” — in 1984.

A 2016 Freedom of Information Act request sought to find answers — and got a few. The FBI declassified hundreds of pages of Tesla’s files. But could they still be holding onto Tesla’s more dangerous inventions, if they even existed?

It’s a mystery that — like Tesla’s brilliance — endures long after his death.