He was born during a lightning storm 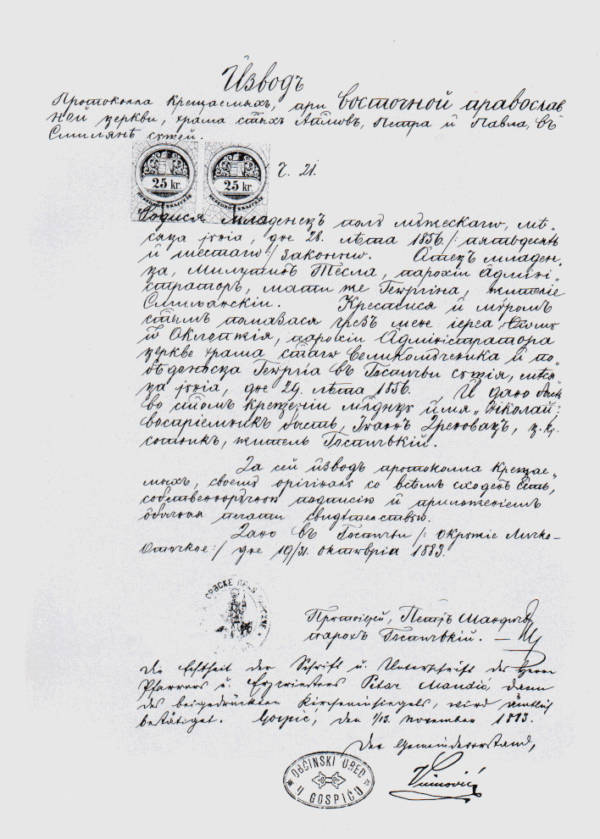 Nikola Tesla was born on July 10, 1856 in Smiljan, Croatia, reportedly in the midst of a lightning storm — perhaps foreshadowing his future obsession with electricity.

According to family legend, a midwife claimed that this bad omen destined him to be a child of the dark, to which his mother replied, “No. He will be a child of light.”

He wasn't the only inventor in his family 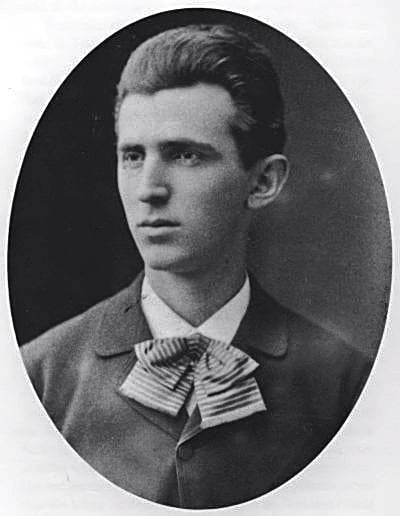 Tesla's mother sparked his interest in inventing early on. Tesla once wrote: “My mother was an inventor of the first order and would, I believe, have achieved great things had she not been so remote from modern life and its multi fold opportunities. She invented and constructed all kinds of tools and devices and wove the finest designs from thread which was spun by her.”Wikimedia Commons

He almost became a priest 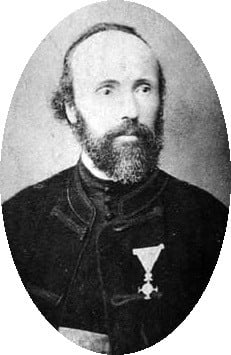 Tesla's father, Milutin (pictured), was an Eastern Orthodox priest who originally planned for his son to follow in his footsteps and go into the priesthood. But during Tesla's battle with cholera, Milutin conceded and promised to grant his son's wish and send him to engineering school should he recover (which he soon did).Wikimedia Commons

He dodged the draft 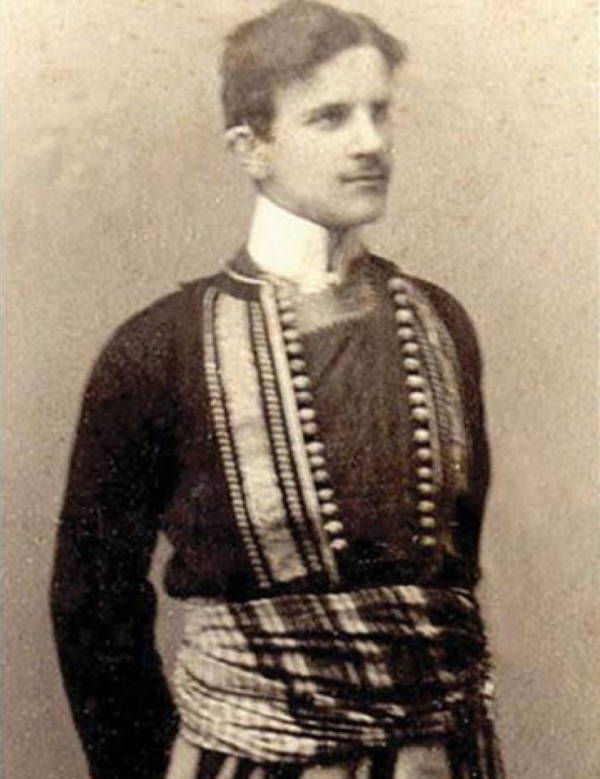 In 1874, Tesla, still recovering from his bout of cholera, was about to begin at Austrian Polytechnic when war broke out between the Austrian and Turkish Empires. His father encouraged him to hide in the mountains to avoid the draft and convalesce. For the next three years, Tesla lived in the mountainous forests of Croatia and grew closer to nature as he recuperated.Wikimedia Commons

He had a strange relationship with pigeons 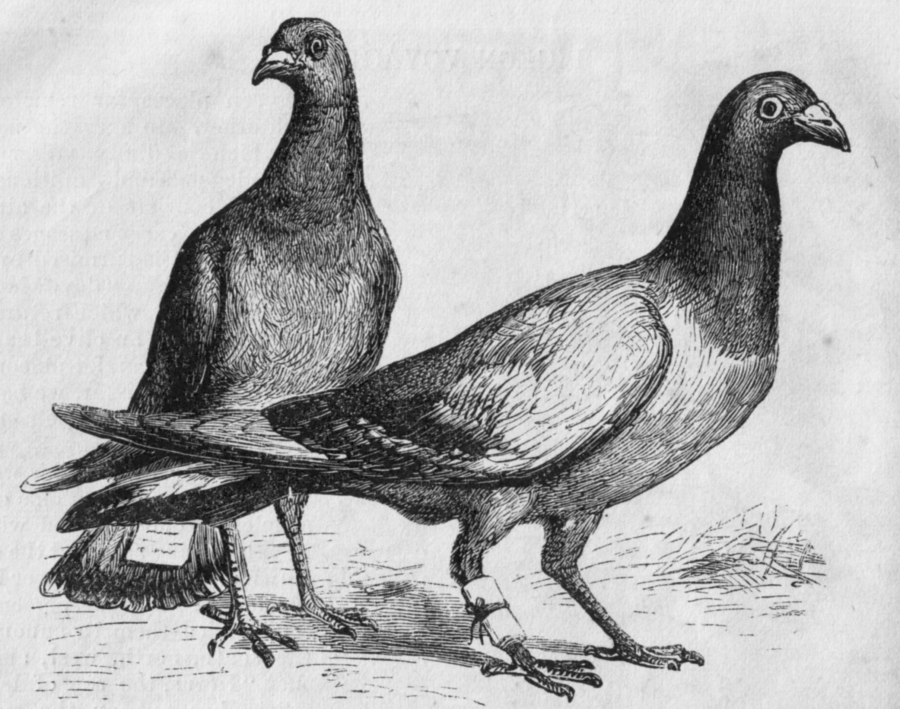 Later in life, Tesla developed an intense fondness for pigeons and would frequently feed them at the park. In fact, after he grew too ill to feed them himself, he hired others to do it for him. He would even bring sick or injured pigeons back to the hotel where he lived in his later years, and nurse them back to health.

He grew especially fond of one little bird, and said this about her: “I loved that pigeon as a man loves a woman, and she loved me. As long as I had her, there was a purpose to my life.”Wikimedia Commons 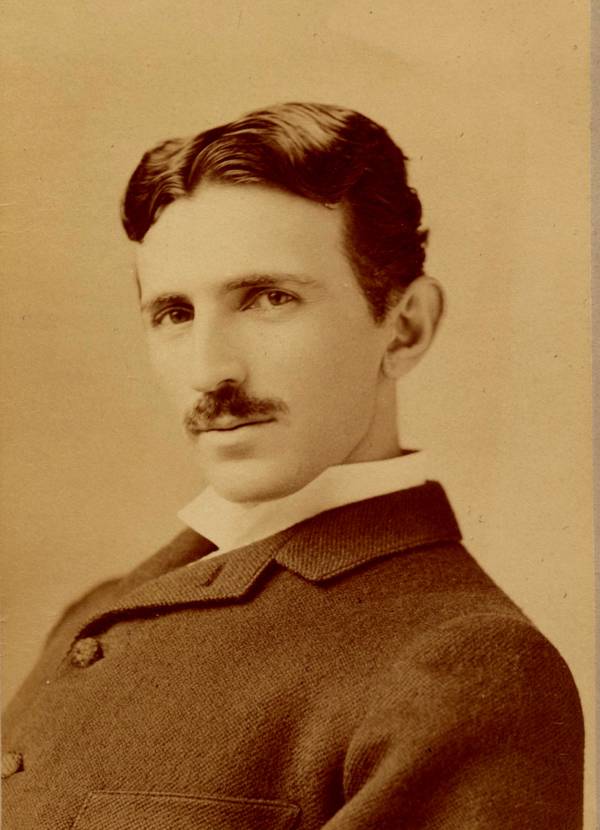 In a 1926 interview, Tesla explained his belief that women would one day reign superior over men and that this would lead to a society closer to that of the beehive, which he saw as the ideal model.Wikimedia Commons

He was voluntarily chaste 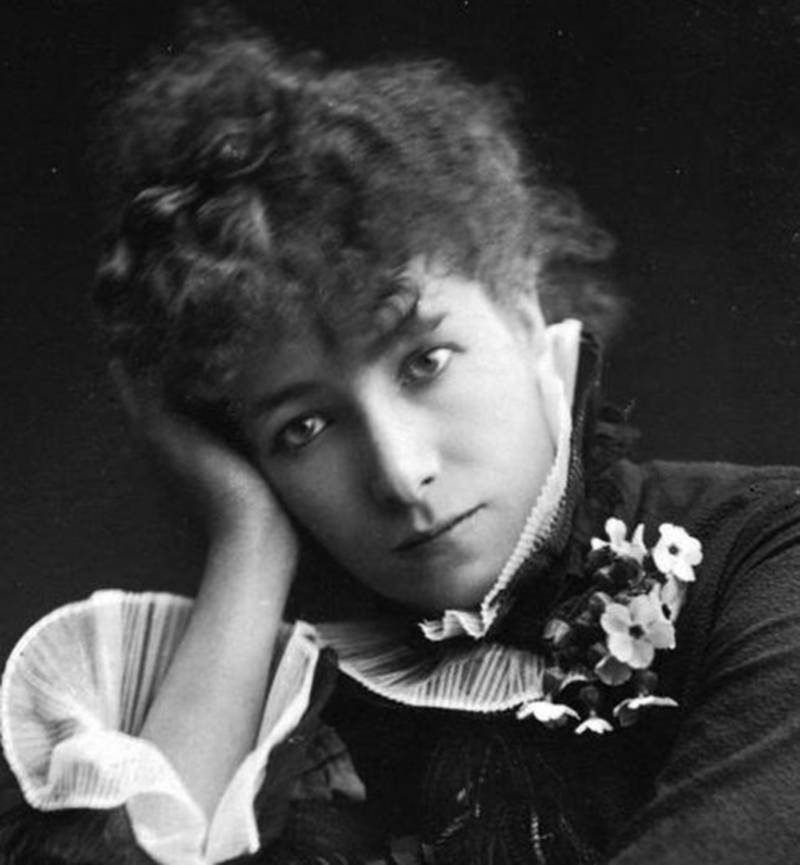 Tesla avoided romance and never married, instead having only platonic relationships with women (including famous actress Sarah Bernhardt, pictured).

He often expressed his belief that romantic relationships limited his ability to invent, even saying, “I do not think you can name many great inventions that have been made by married men.”Wikimedia Commons

He suffered from a severe fear of pearls 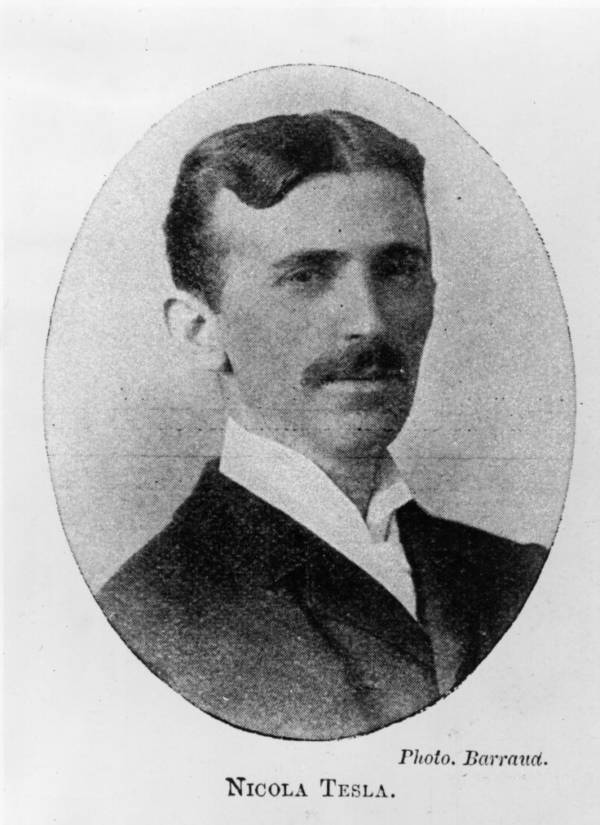 Unable to tolerate even the sight of a pearl, Tesla once sent his secretary home to change after she showed up to work donning a strand of his much-hated spheres.

This is one of many traits — such as being obsessed with the number three and being extremely wary of germs — that have given many cause to believe that Tesla suffered from a form of obsessive-compulsive disorder.Wikimedia Commons 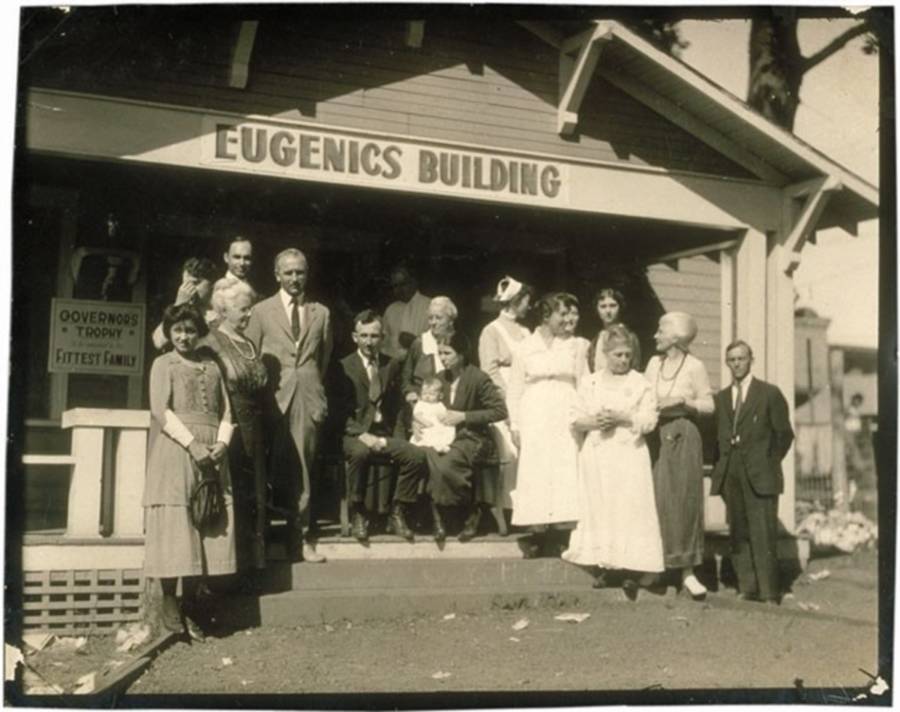 Tesla was a proponent of eugenics throughout his life. He lived in the major era of American eugenics and supported the practice of sterilizing "undesirables."

Later in life, he was even close friends with German-American journalist George Sylvester Viereck, who worked as a propagandist for the Nazis.Wikimedia Commons

He rarely ever slept 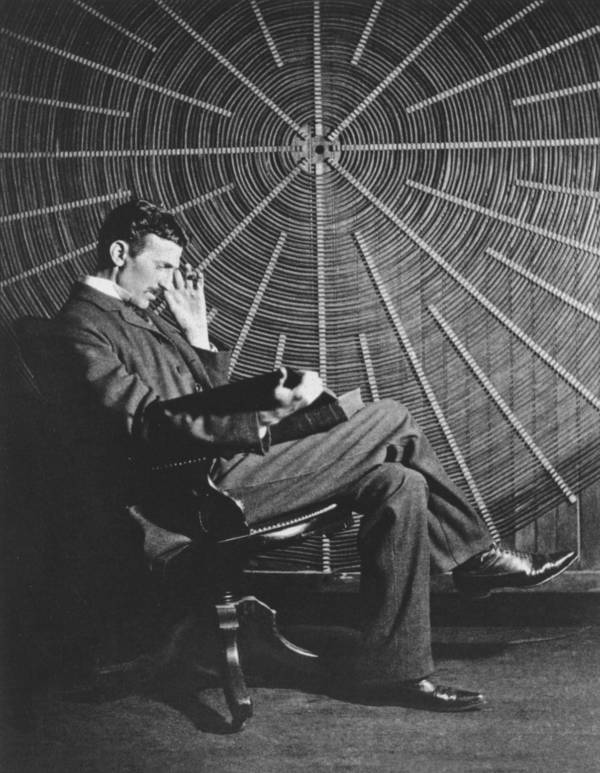 Tesla claimed to only sleep two hours per night, and was prone to spending two days or more in his laboratory without sleeping at all. Kenneth Swezey, one of Tesla’s friends, confirmed these claims.Wikimedia Commons 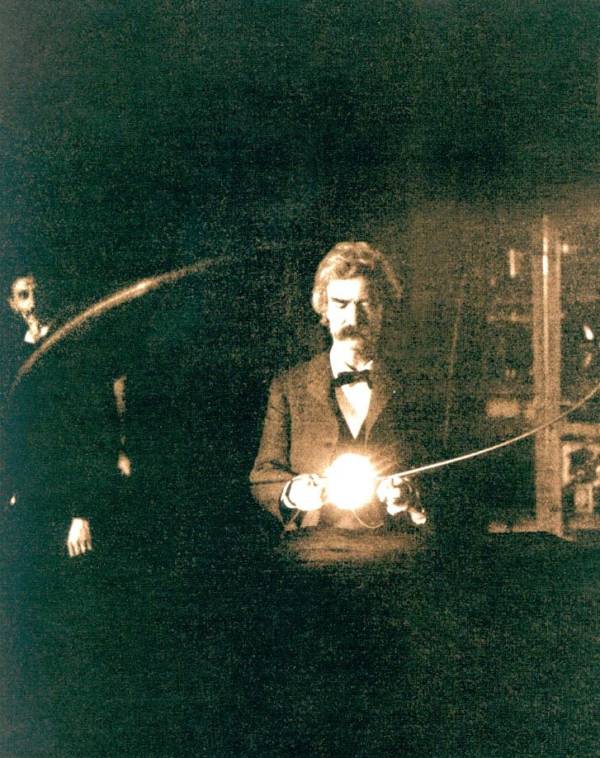 Tesla was close friends with legendary author Mark Twain, whose work he first grew to read and admire while bedridden with cholera in his youth. Later, when Tesla moved to America, he and Twain became fast friends.

Twain suffered from constipation his whole life, and complained about it frequently. In order to alleviate his friend's suffering, Tesla suggested that Twain use one of his inventions, a vibrating, oscillating, metal disc to help with his problem by shaking things loose. Reportedly, the treatment was perhaps too successful, and caused Twain to immediately void his bowels.Wikimedia Commons

He designed a death ray 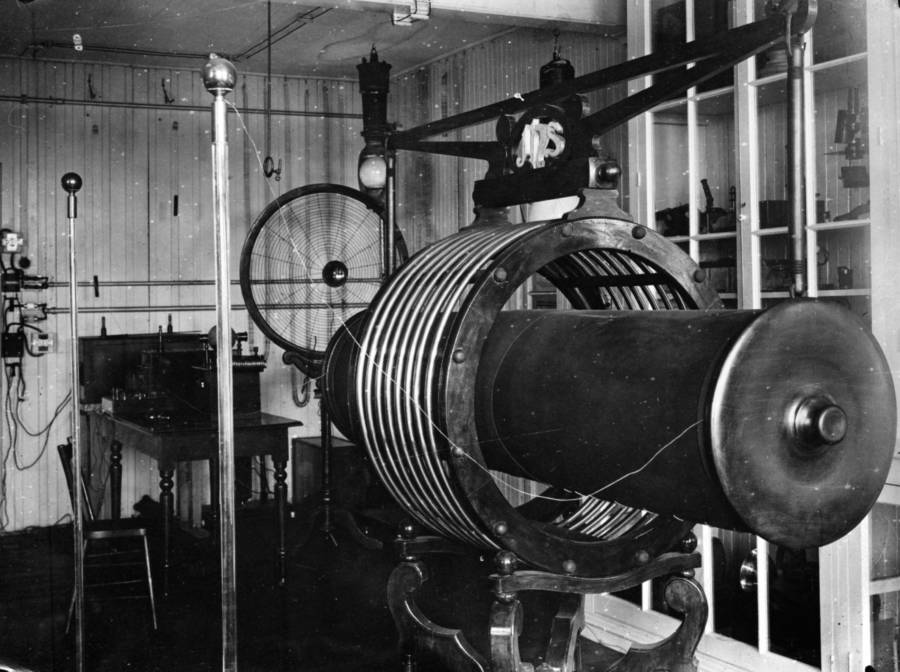 In the 1930s, Tesla conceived of a plan for a death ray: a particle beam/directed-energy weapon that he named “Teleforce.”

Describing the weapon in 1934, Tesla stated: "The nozzle would send concentrated beams of particles through the free air, of such tremendous energy that they will bring down a fleet of 10,000 enemy airplanes at a distance of 200 miles from a defending nation's border and will cause armies to drop dead in their tracks."Albert Harlingue/Roger Viollet/Getty Images

He had a photographic memory 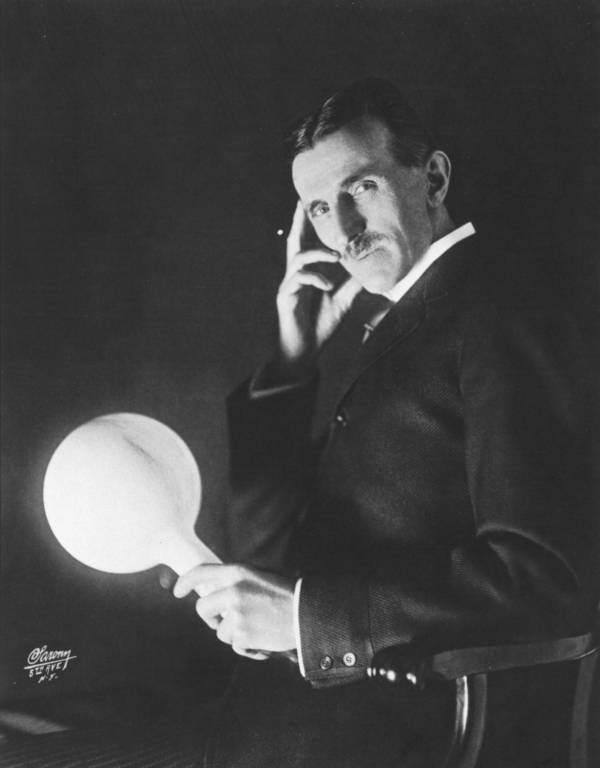 Tesla had the ability to read text while simultaneously committing it to memory, which served him well. He used all the information he soaked up as an internal library, to be available at his beck and call.

As a result, Tesla rarely made drawings of his inventions, but instead worked merely from an image or memory within his own head.Wikimedia Commons

He designed a wireless communication device – in 1901 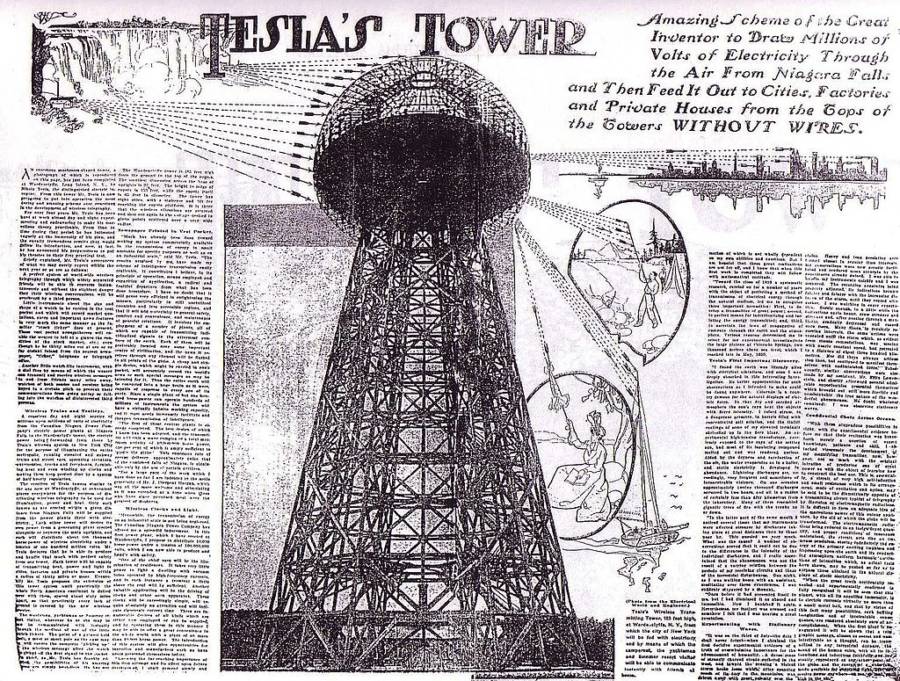 Attempting to make good on his idea to craft a handheld device that could receive stock quotes and telegram messages via encoded and broadcasted frequencies, Tesla went on to design the very first wireless transmission tower and had it erected in Long Island, New York, along with a laboratory facility.

Wardenclyffe Tower, so named after its main investor, James S. Warden, was meant for trans-Atlantic wireless telephony and broadcasting, but it was never fully functional, and was therefore demolished in 1917. Wikimedia Commons

He was an environmentalist far ahead of his time 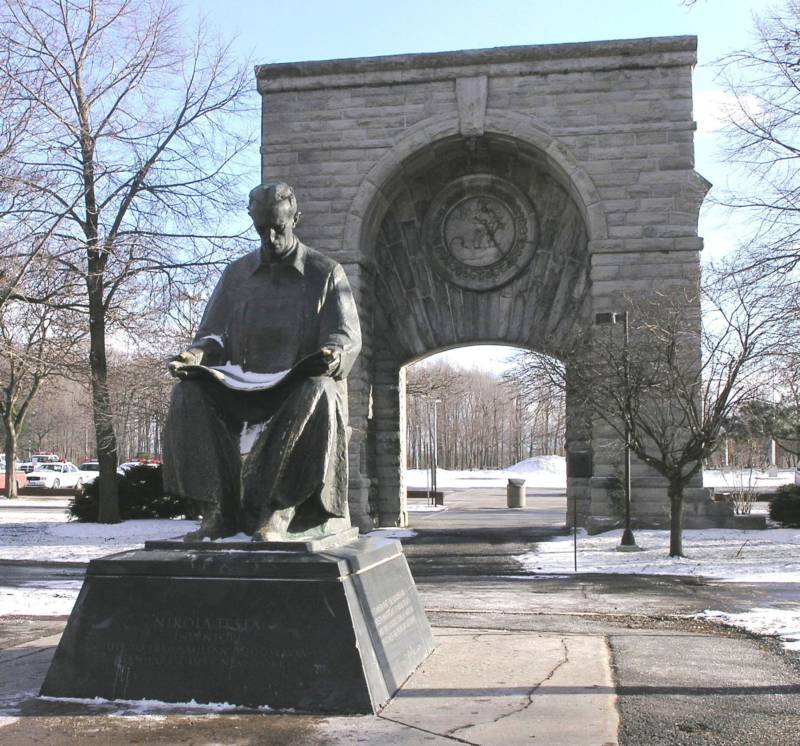 An early proponent of environmentalism, Tesla sought to harness clean energy from the Earth and worried about the effects of non-renewable energy sources. He was also friends with famous naturalist John Muir, one of the leading voices behind the establishment of the U.S. National Park Service.Wikimedia Commons 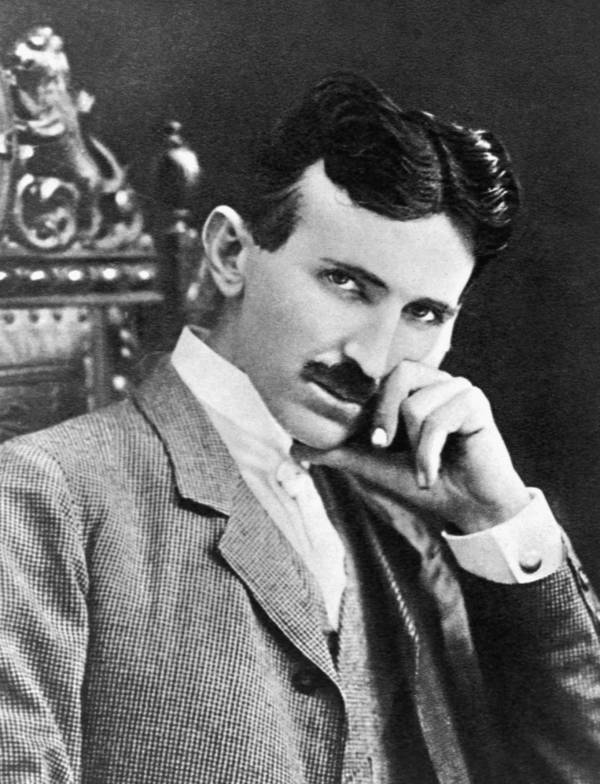 No doubt hastened by his eidetic — commonly known as photographic — memory, Tesla was fluent in eight different languages: Serbo-Croatian, English, Czech, German, French, Hungarian, Italian, and Latin. Linguists refer to such a person as a hyperpolyglot.Wikimedia Commons

He was a vegetarian 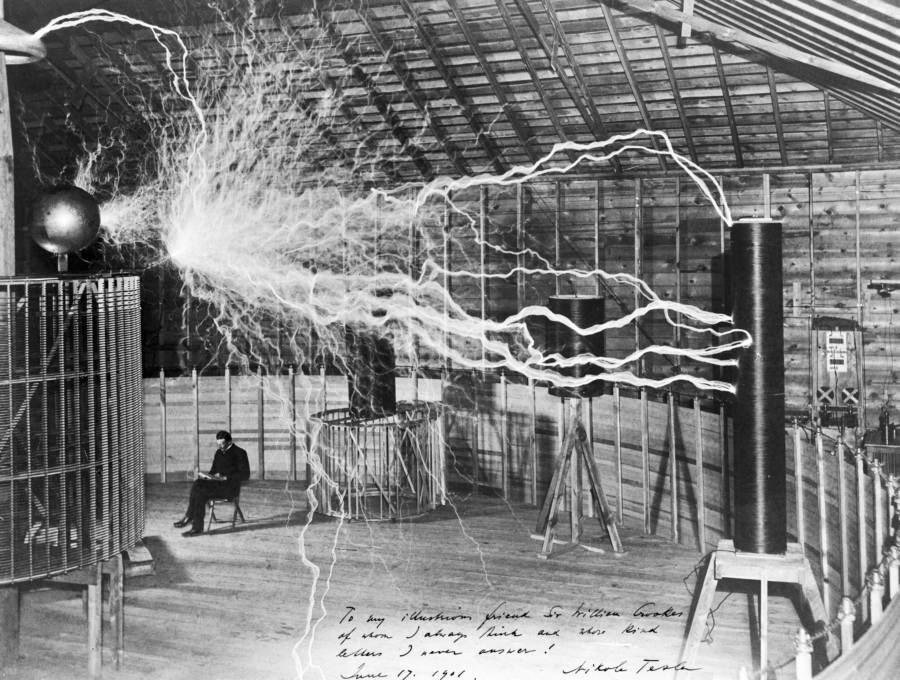 Later in his life, Tesla became a vegetarian, cutting meat and then eventually fish entirely out of his diet. Tesla believed that the production of meat was inefficient and unhealthy, and that, in the future, food sources would mainly be milk and vegetables.

However, he continued to progress with this idea until he was on an entirely liquid diet, leading some biographers to believe that his behavior was his way of rationalizing an eating disorder that he was suffering from.Wikimedia Commons

In 1895, along with American engineer George Westinghouse, Tesla built the first power plant to tap the hydroelectric potential of Niagara Falls, the completion of which marked the final victory of Tesla’s polyphase alternating current (AC) electricity, which powers the world today. Wikimedia Commons

He died broke and alone 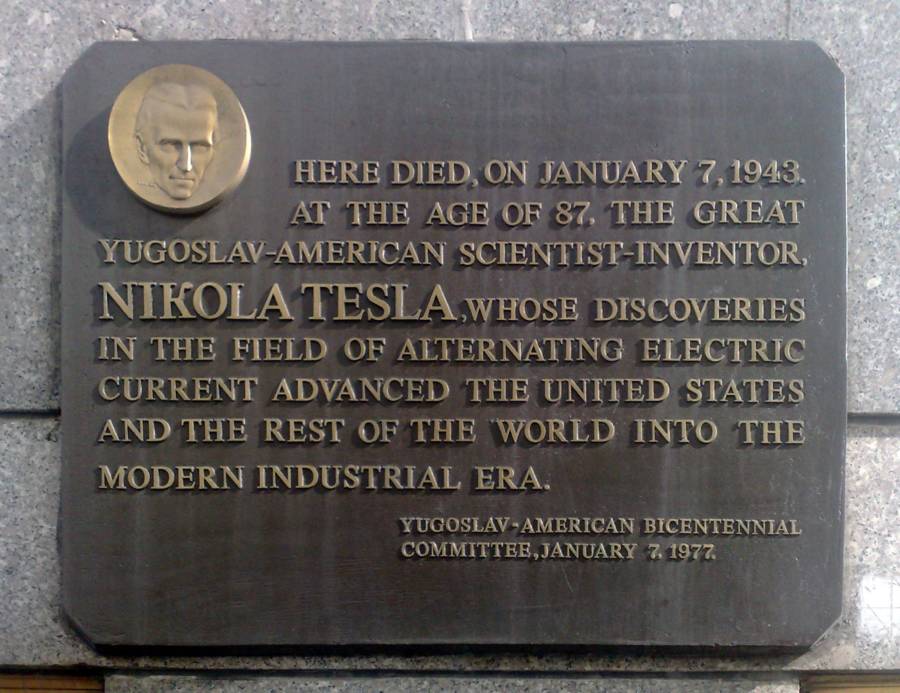 In a sad, empty ending for a man filled to the brim with brilliance, Tesla died on January 7, 1943 from coronary thrombosis in the New Yorker Hotel room that had served as his home for a decade.

Though he sold his AC electrical patents, Tesla died in debt because he self-funded many of his own projects that never ended up seeing the light of day.Wikimedia Commons

He has adorned many types of Balkan currency 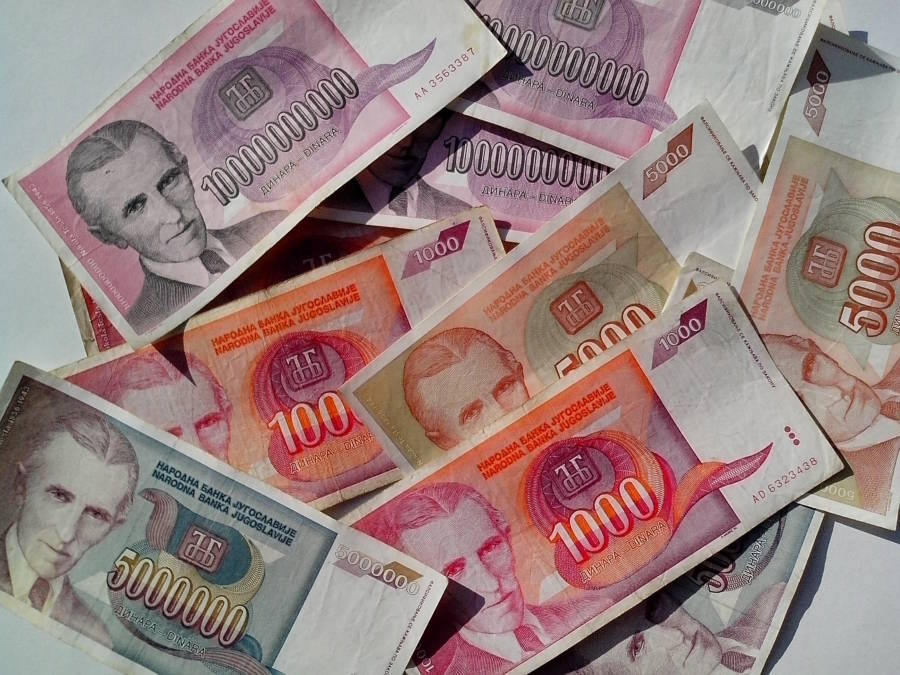 Because he was an ethnic Serb, born in Croatia (which at the time it was part of the Austrian Empire), numerous nationalities have laid claim to Tesla — and used his likeness on their currency. He appeared on numerous denominations of Yugoslavian dinar notes when that nation existed, and is currently featured on Serbia's 100 dinar note.Pixnio 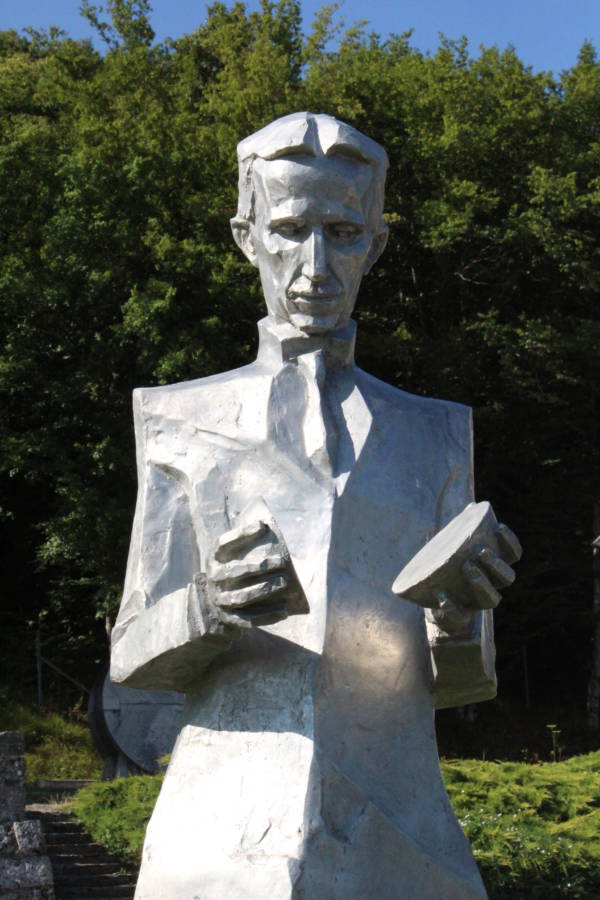 In 2013, a statue of Tesla was unveiled in downtown Palo Alto, California that functions as a free Wi-Fi hotspot. Along with the Wi-Fi, the statue contains a time capsule (including everyday items from 2013 as well as local kids' predictions about what Earth will look like in the future) to be opened in 2043.Wikimedia Commons

He invented many things that have remained classified 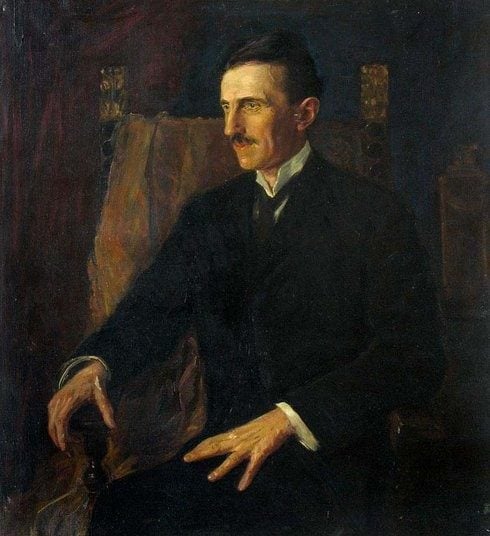 Upon his death, most of Tesla’s belongings were taken by the Office of Alien Property — even though he was a legal citizen of the United States.

Some of Tesla’s documents and papers still remain classified, and while people have requested items via the Freedom of Information Act, those items are heavily redacted before their release. As a result, people tend to wonder what else Nikola Tesla had up his sleeve — like perhaps a device that would lead to free energy — before his death.Wikimedia Commons

Often overshadowed by his one-time employer, Thomas Edison, Serbian-born inventor, engineer, and physicist Nikola Tesla is known mostly as the archetypical "mad scientist" behind breakthroughs like the AC induction motor and the Tesla coil.

While Tesla indeed enjoyed a successful career as an inventor, his personal life was a different story, as he displayed many asocial behaviors and had no documented romantic relationships. Ultimately, he ultimately ended up both destitute and alone.

Having seemingly become more eccentric with each passing year of his life, Tesla exhibited a list of odd behaviors that are now remembered perhaps as well as his legacy of preternatural brilliance.

Represented among the Nikola Tesla facts above are both sides of one of the most complex figures of our time.

After this survey of fascinating Nikola Tesla facts, check out this list of some of the Tesla predictions that came true. Then, see how people today have made use of the Tesla coil.