Nikola Tesla hated the idea of war and designed his death ray in the hopes that he could completely eliminate warfare.

Imagine a beam of energy that could bring down planes from miles away with nothing but electricity. Imagine an invisible wall of energy protecting a country from invasion, acting as an electric fence that could vaporize enemy soldiers the second they step foot inside. Sounds like something most militaries would love to get their hands on, doesn’t it?

The dream of this kind of “death ray” has inspired weapons developers for decades. But one brilliant inventor, Nikola Tesla, claimed to have actually created one.

Tesla was born in what is now Croatia in 1856, where he received an education in engineering before immigrating to the United States. There, he got a job working for Thomas Edison before striking out on his own as an inventor. 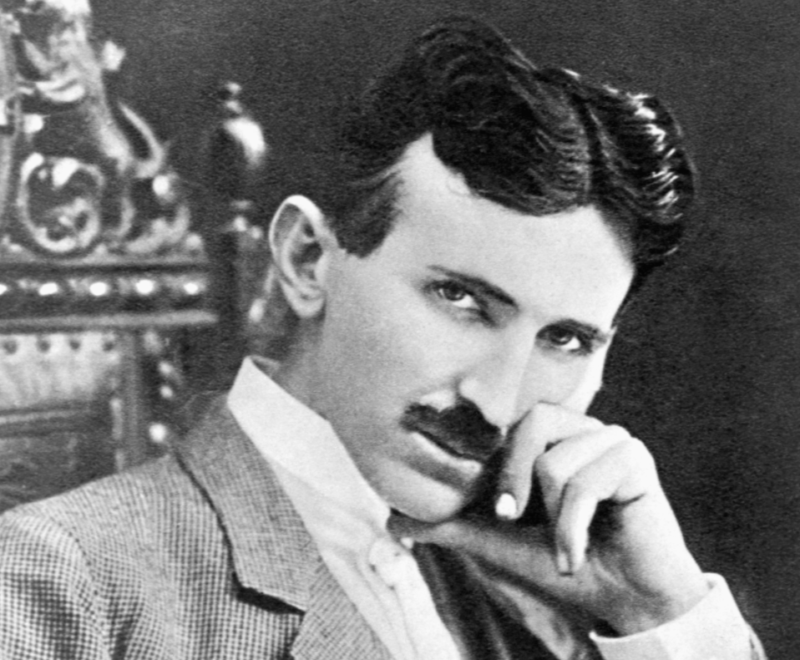 Many of Tesla’s inventions in this period were revolutionary. He primarily focused on improving systems for generating electric power and transmitting electric currents. In addition, he also made important innovations in the field of radio technology.

But Tesla’s biggest dream was to find a way to beam limitless power directly through the air. Over the course of his life, he managed to develop a number of devices that could transmit electric energy wirelessly, but a lack of funding limited his research. However, in 1934, Tesla claimed that his research had resulted in an incredible new discovery: a device that could kill from miles away with electricity.

Tesla called his invention the Teleforce. While many now know it as the Tesla death ray, the inventor resisted the term to describe it because it didn’t transmit rays as a ray of energy would dissipate in the air. Instead, Tesla’s invention focused energy along a narrow path, which he claimed made it powerful enough to bring down airplanes and kill people instantly.

According to Tesla, his invention would make it possible to create a national energy fence that would destroy any enemy that passed through it. However, he hoped that the applications of his invention could be peaceful. By making it impossible for armies to attack another country, Tesla hoped that he could completely eliminate warfare. 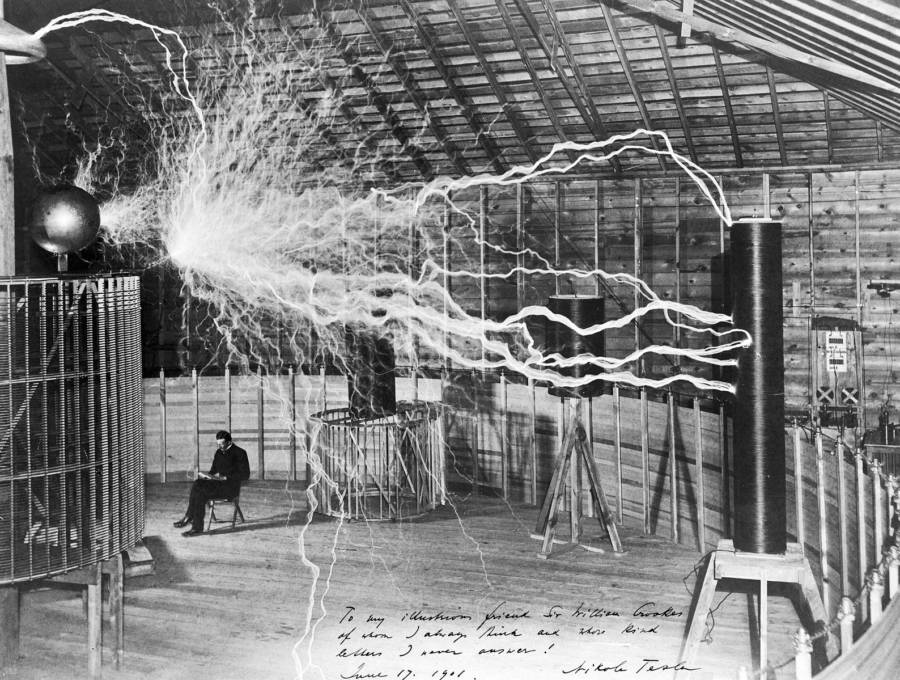 Wikimedia CommonsNikola Tesla in his lab.

But Tesla’s high-minded dreams were limited by a serious problem: no one was interested in funding the project. He approached the governments of the United States and the Soviet Union, among others, but none offered any money for it. And of course, it’s hard to build a massive death ray without some cash, which Tesla was now chronically short of.

But one night in 1937, at a meeting at the Yugoslavian Embassy, Tesla told the room that not only was his invention possible but he had already built one. In fact, he would be unveiling it to the world in a matter of months.

However, if Tesla had built a death ray, the world would never see it. Later that same year, Tesla was struck by a car while crossing the street and never really recovered. In 1943, he died in the New Yorker Hotel where he had been living.

Upon news of the inventor’s death, the U.S. military quickly showed up at the hotel and searched the room for any inventions they didn’t want other countries to get their hands on. But officially, they found nothing. So, the question is, what happened to it?

It’s possible, if unlikely, that the Government secretly took the Tesla death ray. Similar devices were experimented with during the Cold War, which might imply they used Tesla’s invention to develop further technologies. But if Tesla did create a death ray, and no one took it, then there’s no clue as to where he might have put it. Nor was there an obvious reason why he’d never displayed it publicly.

The more likely explanation is that Tesla never actually built it. Tesla had suffered from mental illness for most of his life. In his later years, the same time he claimed to have built a death ray, his condition was rapidly growing worse. In fact, the death ray wasn’t the only invention he claimed to have created but never produced for the public.

By the 1930s, he began making frequent claims of major inventions, like a machine that ran on cosmic radiation. But like the death ray, if any existed then no one but Tesla ever saw them.

So, while Tesla was undoubtedly a brilliant scientist, the Tesla death ray is probably just one more invention that only existed in his head.

Enjoy this look at Nikola Tesla’s Death Ray? Next, read about what Nikola Tesla predicted for the future. Then discover the five strangest weapons from World War II.