The Zozo Demon: Terrifying Tales Of The Ouija Board Spirit

The Zozo has allegedly harassed hundreds via Ouija board. But is this demonic force from the spirit world or from our own minds?

When Darren Evans wrote about his horrifying experience with the Ouija Board demon named Zozo in 2009, hundreds of people claimed that the same thing had happened to them.

The Zozo demon, Evans claimed, had come to him multiple times in various states. The demon sometimes pretended to be a different spirit, lied or tried to convince Evans that it was someone else. Eventually, though, the Zozo demon couldn’t help but make his truly malevolent self known. 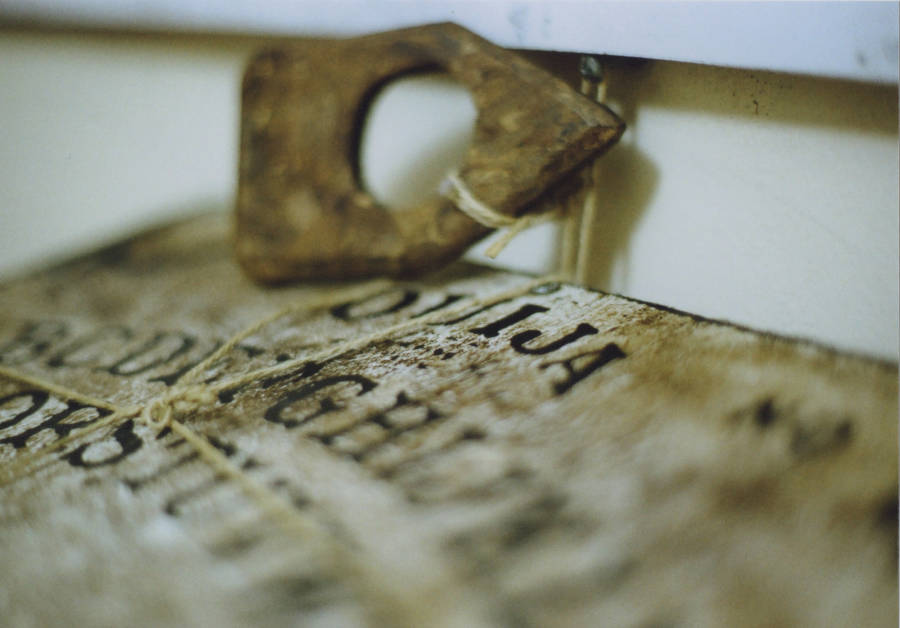 Gabriel Malina/FlickrAn Ouija board and its planchette.

As it turns out, tales of the Zozo demon go back at least 200 years.

The Story Of The Zozo Demon

Darren Evans told his story about the Zozo demon for the first time on March 24, 2009, on an online forum for true ghost stories.

He explained how the first time he had an encounter with the demon, the Ouija board went wild and flew between the “Z” and the “O”, frantically spelling: Z-O-Z-O-Z-O-Z-O-Z-O-Z-O. 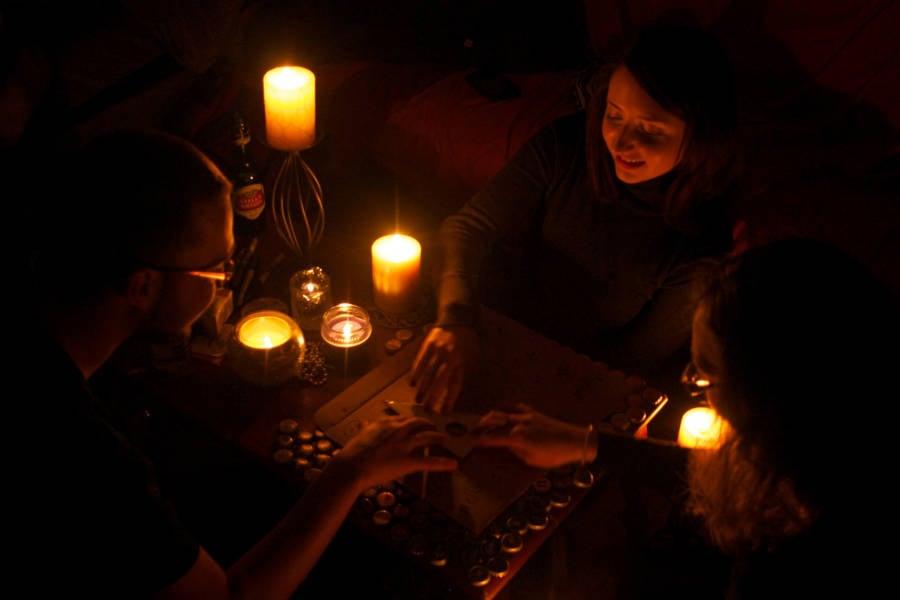 Matthew Scott/FlickrPeople playing with an Ouija board.

Zozo said it had come to take Evans’ family to paradise. Evans asked where “paradise” was and the plastic arrow — known as the planchette — moved once more. Slowly, it spelled out the word “H-E-L-L.”

He reported also that Zozo spewed some obscenities in what seemed to Evans like Latin or Hebrew.

Evans reported how he then rushed into the bathroom, where his girlfriend had been giving their one-year-old daughter a bath. His girlfriend was gone. The tub was overflowing and his daughter was drowning. Though he managed to rescue her that time, Evans claimed the demon was responsible for sending his daughter to the hospital later with an inexplicable infection.

The Ouija Board Demon

Zozo demon makes an appearance in this Ouija recording.

It sounds like something from out of a horror story – and it may well be. There’s every reason to believe that Evans made it all up. But his story has caught on for a reason: he isn’t the only person who claims to have been attacked by the Zozo demon. Hundreds have described their own harrowing experiences.

Indeed, the occurrence seemed so popular that a horror film on the Zozo demon, I Am Zozo, was released in 2012. Evans also made an appearance on the popular show Ghost Adventures in an effort to contact Zozo.

All of the stories regarding the Zozo demon are more or less the same. Someone will sit down to play with the Ouija board – or anything even remotely resembling one. Sometimes, people will meet the demon on an Ouija app or even just after scribbling a makeshift board on a piece of paper.

At first, they think they’re talking to the spirit of some dead relative. They’ll ask questions and be startled at just how much “the spirit” seems to know about their loved one’s life. And then, suddenly, the arrows will start to fly between the letters “Z” and “O”.

That’s when the threats begin. The Ouija will spell out obscenities and blasphemies and promise to drag one’s firstborn son down to hell.

“My nephew … started running around the house screaming ZOZO ZOZO ZOZO!! and we frantically made him stop,” one woman wrote on another forum. “The next morning my nephew wakes me up and as we’re waking up he asks if we can go get breakfast so I put him in the car and pull out the driveway, not 2 minutes later a car runs a stop sign and slams into us.”

A History Of Evil 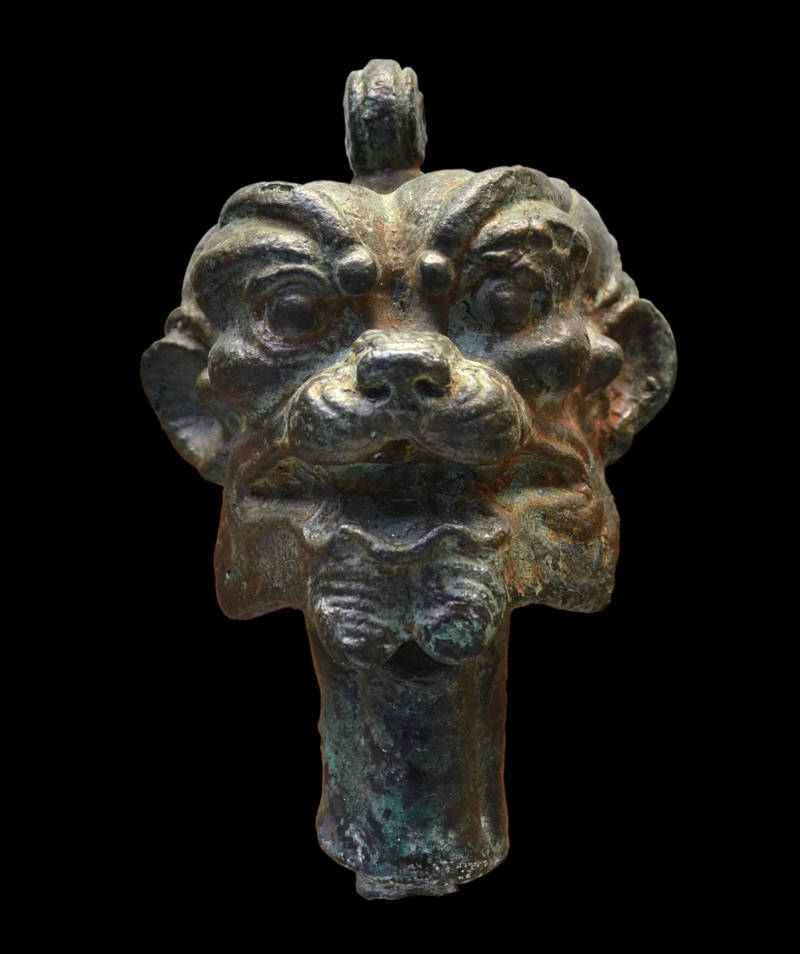 Wikimedia CommonsPazuzu, a Mesopotamian god some say is Zozo.

Many of these stories showed up on the internet after Evans’ creepy account went viral though some of these accounts were already out there. Evan claims that before sharing his story with the internet, he Googled the word “Zozo” himself and found more than a dozen blog posts describing the exact same encounter.

Creepier still is that the name “Zozo” has shown up for more than 200 years. The oldest “Zozo” story comes from the 1816 book Dictionnaire Infernal by Collin de Plancy. De Plancy tells the story of a young girl who claimed to be possessed by three demons named Mimi, Capoulet, and Zozo:

“The girl went down the streets on all fours, sometimes forward, sometimes behind. Sometimes she walked on her hands, feet in the air, at the risk of putting passers-by in the confidence of her position.”

Her strange movements, the girl had told people, were commanded by the demons who possessed her. This created enough of a commotion that a priest came to perform an exorcism on her. When the Zzo demon left her body, it was said, the windows in the room shattered.

Collin de Plancy, though, was a skeptic. While he recorded this paranormal instance, he did note that he didn’t believe a word of it. But even his story wasn’t the first mention of the spirit.

Some speculate that Zozo is actually derived from the Mesopotamian god Pazuzu, who was known to be the ruler of the demons.

Further, a symbol etching out the name “Zoso” as a code for the god Saturn appeared in a banned occult book in 1521. This would later be copied by Led Zeppelin as the symbol for their guitarist Jimmy Page.

Demons Of The Mind

The 1972 Philip Aylesford Experiment: Can you Create a Ghost?

There could be a more real-world explanation behind this Zozo demon. In 1972, psychologists tested whether people can communicate with the paranormal through only persuasion or human will in what’s known as “The Philip Experiment”. The study made up a fictional person named Philip Aylesford and instructed a group of people to run a séance in order to summon his ghost.

The group became convinced that they could feel Philip’s presence. They heard knocking sounds coming from the table, felt the table vibrate, and at one point even saw the table tilt up onto two legs. They were sure that they had spoken to Philip’s ghost and that he’d answered their questions.

They did not know that in truth, Philip was just someone the researchers had made up.

The researchers concluded that the human mind can, in fact, create spirits on its own will simply through a bit of persuasion and imagination.

The Ouija board, consequently, is designed to play tricks against us by working off of a principle called the “Ideometer Effect“. Our muscles make small, subconscious movements without our realizing them, and when we see those movements shift the light piece of plastic on the board, we become convinced that it’s happening supernaturally. All this amounts to us being able to scare ourselves into believing the paranormal.

At least, that’s how skeptics explain what’s going on in the case of the mass Zozo demon terror.

But the terrifying reality is that, in either case, the demons are real and whether they are in our minds or elsewhere is to be debated. It’s hard to say which is more terrifying: the idea that a supernatural demon can possess a child’s toy or the idea that a demon of the mind exists in our own subconscious, convincing us that what we most fear is real.

For more strange stories of the spirit world, read about the murderer who was convicted because of his victim’s ghost. Then, check out the real-life exorcism of Emily Rose.