Inside The Death Of Steve Irwin, The Fearless Crocodile Hunter Who Was Taken Down By A Stingray

In September 2006, Steve Irwin was filming a video in the Great Barrier Reef when a stingray's barb suddenly pierced his chest. Just moments later, he was dead.

In the late 1990s, Steve Irwin rose to fame as the popular host of TV’s The Crocodile Hunter. With his unbridled passion for animals and daunting encounters with dangerous creatures, the Australian wildlife expert became synonymous with the show that bore his enduring nickname.

While many feared for Irwin’s safety, he seemed to find a way to get himself out of any sticky situation. But on September 4, 2006, Steve Irwin died suddenly after he was attacked by a stingray while filming in the Great Barrier Reef. 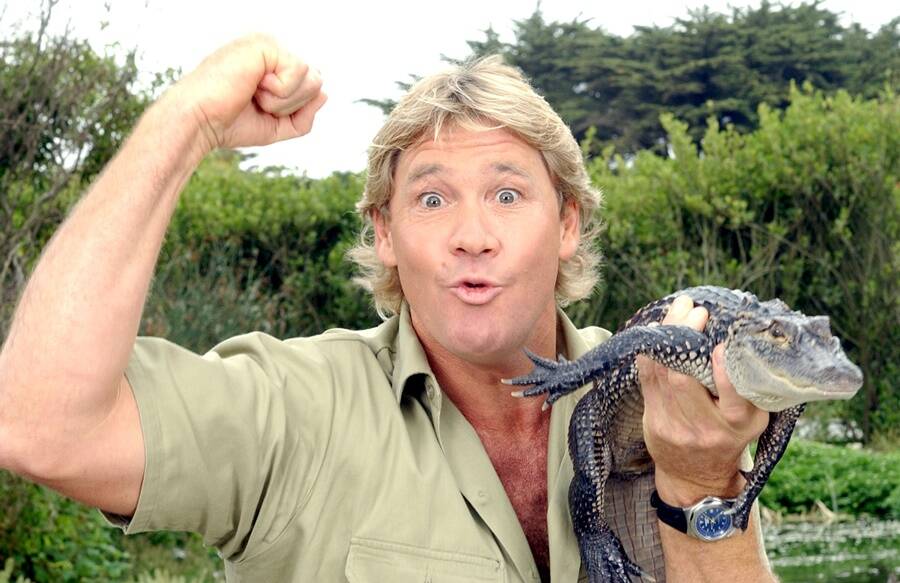 Perhaps the most shocking thing about how Steve Irwin died was the fact that stingrays are naturally calm creatures that usually swim away when they get scared.

So why did this stingray go after him? What happened to Steve Irwin on the day that he died? And how did a man known for wrangling crocodiles and snakes get killed by such a docile creature? 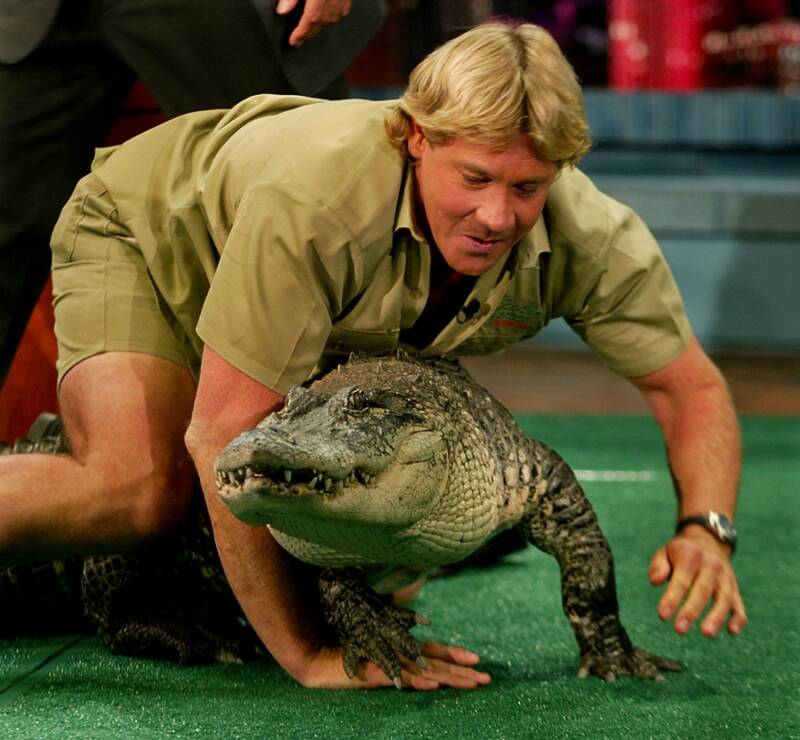 Ken Hively/Los Angeles Times via Getty ImagesSteve Irwin grew up handling wild animals at the Australia Zoo, which was founded by his father.

Born on February 22, 1962, in Upper Fern Tree Gully, Australia, Stephen Robert Irwin almost seemed destined to work with wildlife. After all, his mom and dad were both noted animal enthusiasts. By 1970, the family had relocated to Queensland, where Irwin’s parents founded Beerwah Reptile and Fauna Park — now known as Australia Zoo.

Steve Irwin grew up around animals, and he always seemed to have a sixth sense when it came to wild creatures. In fact, he caught his first venomous snake when he was just 6 years old.

By the time he was 9, he reportedly wrestled his first crocodile under his father’s supervision. With such a wild upbringing, it’s no surprise that Steve Irwin grew up to be a wildlife expert like his father, Bob Irwin. 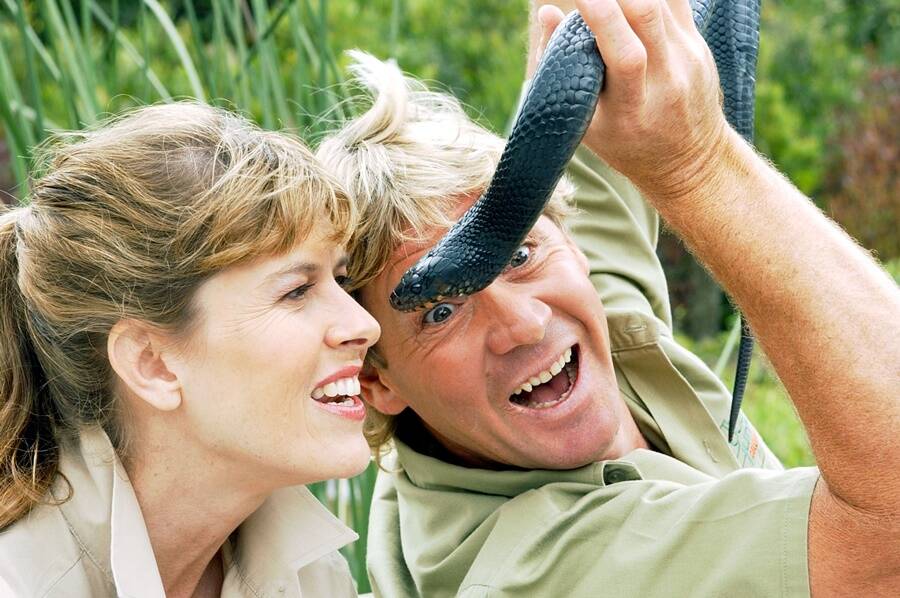 Justin Sullivan/Getty ImagesSteve Irwin met his wife while she was visiting the park now known as Australia Zoo in 1991.

Irwin’s relationship with his wife was just as daring as his relationship with life. In 1991, Irwin had a chance meeting with American naturalist Terri Raines while she was visiting the park that his parents founded. By that point, Steve had taken over management. Terri described their encounter as “love at first sight,” and the couple got married just nine months later.

Shortly after the pair got hitched, Steve Irwin began to attract media attention. In the early 1990s, he and his wife began filming wildlife videos for a new series called The Crocodile Hunter. A big hit in Australia, the series would eventually be picked up in the United States in the late ’90s.

On the show, Irwin was known for getting up close and personal with some of the world’s most dangerous animals, like crocodiles, pythons, and giant lizards. And the audience went wild.

But as his fame skyrocketed, the public began to question his methods, which were sometimes described as reckless. Rex Neindorf, the owner of Australia’s Alice Springs Reptile Centre, recalled that Irwin’s extreme comfort with animals sometimes clouded his judgment.

“I told him explicitly not to handle [the animal] and to use a broom, but Steve completely ignored me,” said Neindorf, referring to a 2003 incident in which Irwin encountered a two-yard-long lizard. “He ended up with about 10 incisor marks on his arm. There was blood everywhere. That was Steve the entertainer. He was a real showman.”

In January 2004, Irwin courted even more controversy when the public witnessed him feeding a crocodile while holding his son Robert — who was only a month old.

Irwin later apologized on several TV outlets. He appeared on Larry King Live and claimed that the camera angle made the crocodile look much closer than it actually was.

“I’ve been [feeding crocodiles] with [my older child] Bindi for like five odd years,” Irwin told King. “I would never endanger my children.”

While Irwin’s colleagues argued that he was cautious about safety, his uninhibited relationship with animals would ultimately catch up to him.

How Did Steve Irwin Die? 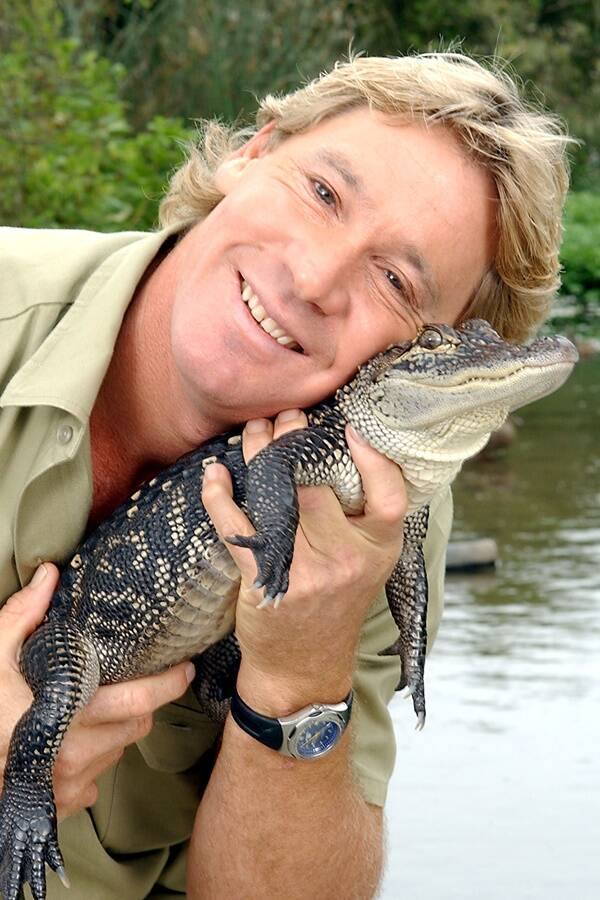 On September 4, 2006, Steve Irwin and his TV crew headed to the Great Barrier Reef to film a new series called Ocean’s Deadliest.

Just over a week into filming, Irwin and his crew initially planned to shoot scenes with a tiger shark. But when they couldn’t find one, they settled on an eight-foot-wide stingray instead — for a separate project.

The plan was for Irwin to swim up to the animal and have the camera capture the moment that it swam away. Nobody could’ve predicted the “freak ocean accident” that would happen next.

Instead of swimming away, the stingray propped on its front and began stabbing Irwin with its barb, striking him multiple times in the chest.

“It went through his chest like a hot knife through butter,” said Justin Lyons, the cameraman who filmed the ill-fated scene.

Lyons didn’t realize how severe Irwin’s injury was until he saw him in a pool of blood. He quickly got Irwin back in the boat. 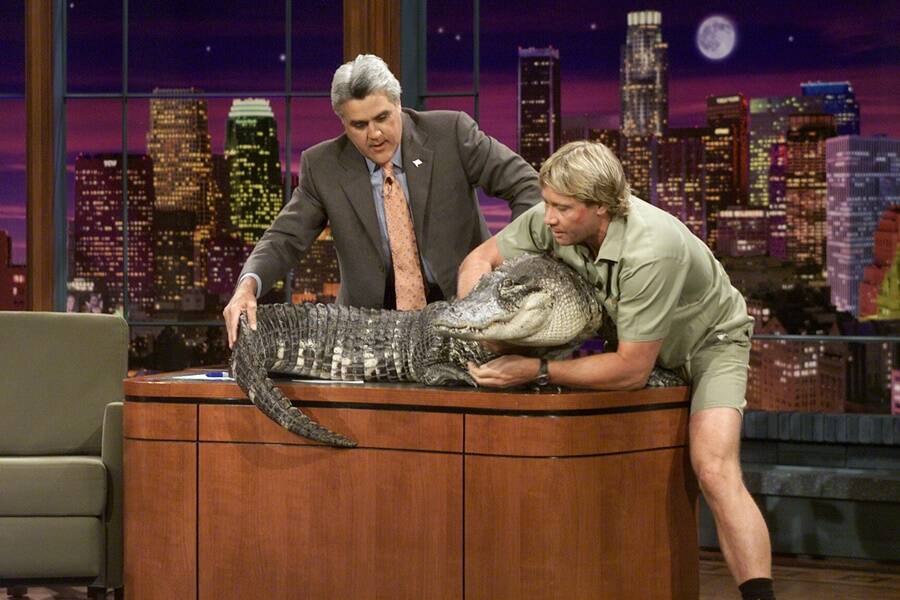 Paul Drinkwater/NBCU Photo Bank/NBCUniversal via Getty Images via Getty ImagesSteve Irwin’s philosophy of “conservation through exciting education” made him a popular TV figure.

According to Lyons, Irwin knew he was in trouble, saying, “It punctured me lung.” However, he didn’t realize that the barb had actually pierced his heart.

Lyons said, “As we’re motoring back, I’m screaming at one of the other crew in the boat to put their hand over the wound, and we’re saying to him things like, ‘Think of your kids, Steve, hang on, hang on, hang on.’ He just sort of calmly looked up at me and said, ‘I’m dying.’ And that was the last thing he said.”

The cameraman added that the stingray had done so much damage to Irwin’s heart that there was little anyone could’ve done to save him. He was just 44 years old when he died.

As for the reason why the stingray went after Irwin, Lyons said, “It probably thought Steve’s shadow was a tiger shark, who feeds on them pretty regularly, so it started to attack him.”

According to Lyons, Irwin had strict orders that anything that happened to him should be recorded. So that meant that his gruesome death and the multiple attempts to save him were all caught on camera.

The Legacy Of Steve Irwin 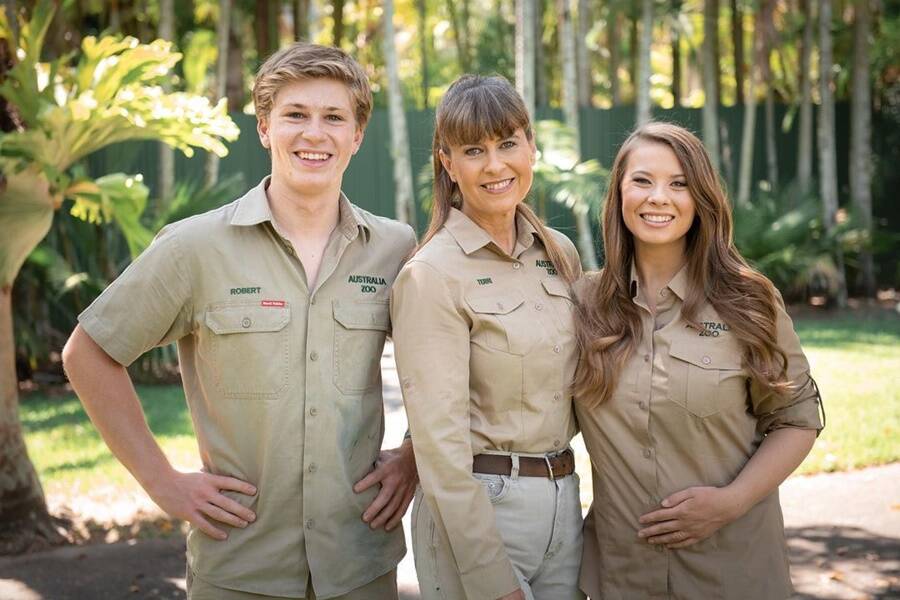 bindisueirwin/InstagramSteve Irwin’s legacy is carried on by his wife and his two children, Bindi and Robert.

After Steve Irwin’s death, the Prime Minister of Australia offered to hold a state funeral for him. Although the family declined the offer, fans quickly scrambled to the Australia Zoo, where they left flowers and condolence notes in his honor.

Fifteen years later, Steve Irwin’s death remains heart-wrenching. However, Irwin’s legacy as an enthusiastic wildlife educator is still revered to this day. And his commitment to conservation continues with the help of his two children, Bindi and Robert Irwin.

Irwin’s children grew up handling wild animals just as he did as a child. His daughter Bindi was a regular fixture on his TV show and also hosted her own wildlife series for kids, Bindi the Jungle Girl. His son Robert stars in the Animal Planet series Crikey! It’s the Irwins alongside his mom and sister.

Both of Irwin’s children have become wildlife conservationists like their father and help run the Australia Zoo with their mother. And before long, a new generation of Irwins will likely be joining in on the fun. In 2020, Bindi and her husband announced that they are expecting their first child.

There’s no question that Steve Irwin inspired his kids to carry on his legacy. And it’s clear that they’re determined to make sure his love of animals is never forgotten.

“Dad always said he didn’t care if people remembered him,” Bindi Irwin once said, “as long as they remembered his message.”

After learning about how Steve Irwin died, read the full story behind John Lennon’s death. Then, go inside nine other deaths that rocked Hollywood.