Doreen Lioy was an ordinary magazine editor — until she wed Richard Ramirez and became the wife of the "Night Stalker." 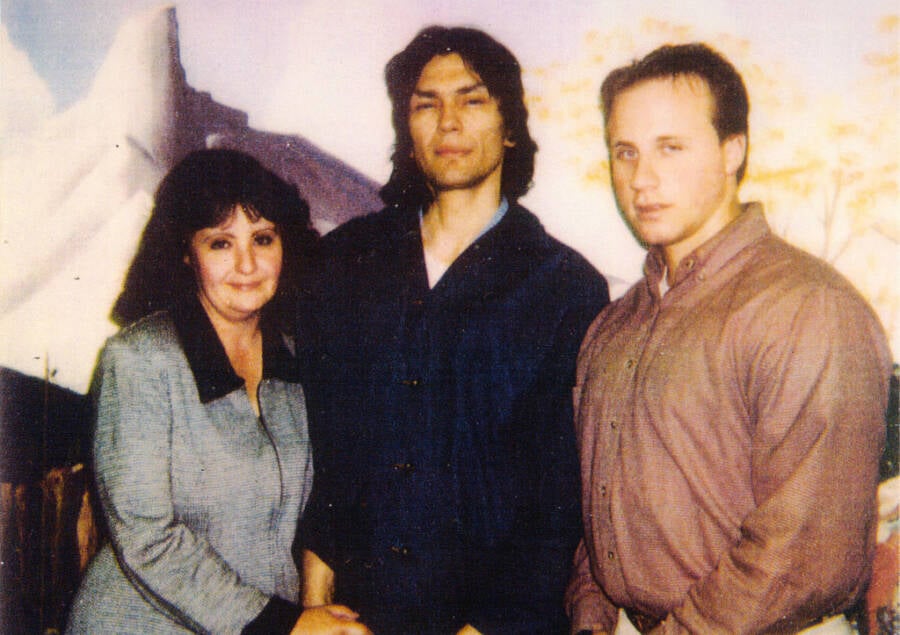 After 11 years of writing love letters to her prospective husband, Doreen Lioy finally got to marry the man of her dreams. Although Lioy was overjoyed, the news of her wedding shocked the world. After all, the 1996 ceremony took place in San Quentin State Prison — and her new husband was the notorious serial killer Richard Ramirez.

Dubbed the “Night Stalker” by the media, Ramirez had already been sentenced to death for killing over a dozen people in the mid-1980s. His murder spree had absolutely terrorized California — especially since he targeted his victims while they were asleep.

Despite the grisly evidence that had convicted Ramirez, Lioy wholeheartedly believed that he was innocent. Although she’s certainly not the only woman who has fallen for a serial killer, Lioy stands out among many of them because she simply refused to accept her husband’s verdict.

“I can’t help the way the world looks at him,” she said at the time. “They don’t know him the way I do.”

But before she met Ramirez, Lioy had lived a relatively normal life — making her decision all the more baffling. So why did a successful magazine editor give up everything to marry a monster?

A KRON 4 interview with Doreen Lioy, the wife of Richard Ramirez.

Doreen Lioy was born in Burbank, California in 1955. Though little is known about her upbringing, it was probably quite different from the tumultuous early life of her future husband. Lioy was apparently a studious young woman who pursued a successful career in journalism.

Working as an editor for Tiger Beat in the late 1970s and early 1980s, she often met up-and-coming celebrities — and groomed them to become cover stars. Actor John Stamos actually credited her with helping him become a celebrity. So at the time, the idea of marrying a serial killer probably seemed ludicrous to Lioy.

As for Stamos, he remembered Lioy as a “very lonely woman” and later reflected on her choice to marry Ramirez: “To be that lonely that this is the only man on the planet that she can find, I just thought, ‘How horrible.’ This man is the personification of evil — just a monster.” 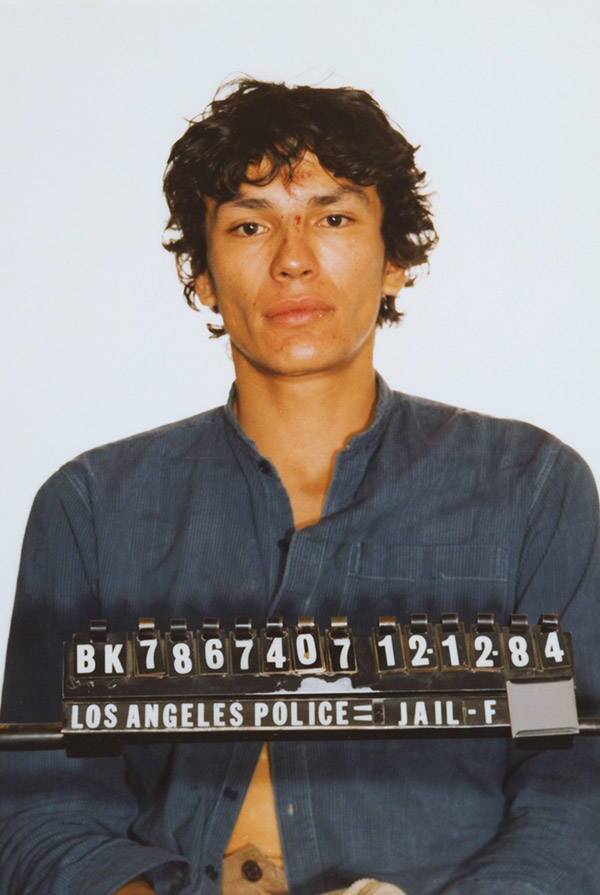 Richard Ramirez had an extremely traumatic start to life. Born on February 29, 1960, Ramirez was raised in El Paso, Texas. He was reportedly abused by his father, and he sustained multiple head injuries as a child. His older cousin Miguel — a Vietnam veteran — told him sickening stories of torturing Vietnamese women during the war.

When Ramirez was just 13 years old, he witnessed Miguel murder his own wife. Not long after that, Ramirez’s life began to take a dark turn. He became addicted to drugs, developed an interest in Satanism, and began to have run-ins with the law. While many of his early crimes involved theft and drug possession, he soon committed far more violent acts — especially after he moved to California.

From 1984 until he was caught in 1985, Ramirez murdered at least 14 people across California. He also committed several rapes, assaults, and burglaries. Even more disturbing, many of his crimes included a Satanic element — such as carving pentagrams into his victims’ bodies.

By August 1985, the press had made it clear that nobody was safe. Ramirez attacked both men and women, and the young and the old. Sales of guns, burglar alarms, and attack dogs surged as a result.

Fortunately, the LAPD’s new fingerprint database and a bit of luck saw the “Night Stalker” captured. Authorities already had his mugshots from his previous arrests, and one of his surviving victims had provided police with a detailed description.

On August 31, 1985, Ramirez was arrested after multiple witnesses recognized him on the street — and beat him relentlessly until police arrived. 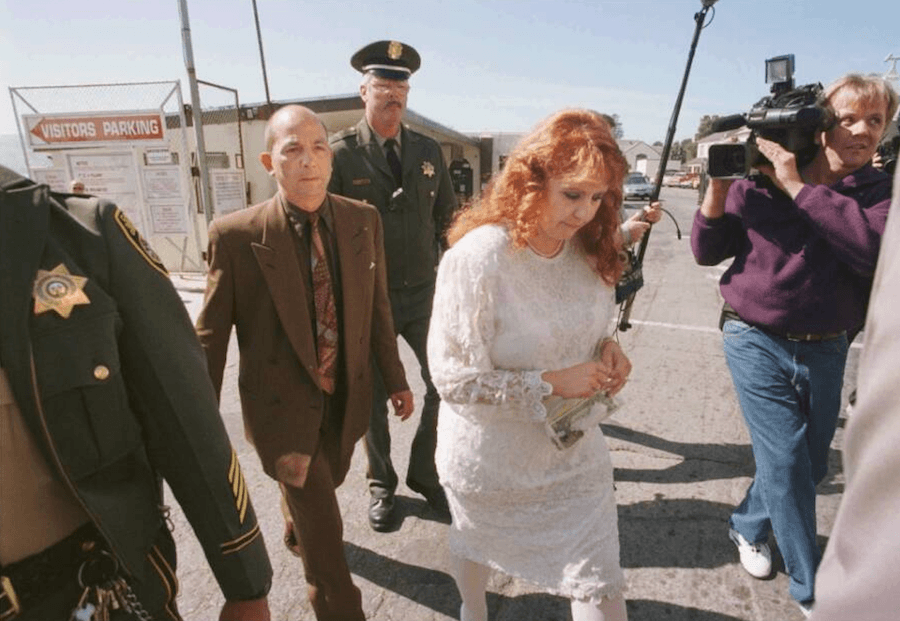 Almost immediately after Richard Ramirez was arrested, Doreen Lioy realized she was attracted to the man. She wasn’t deterred by the fact that he was found guilty of horrific crimes, from slashing a woman’s throat so deeply that she was nearly decapitated to gouging another victim’s eyes out. Lioy also didn’t mind his Satanism, which he flaunted during his trial.

Doreen Lioy remained unconvinced of his guilt. And even though she was not the only woman who sent Ramirez love letters, she was by far the most persistent. Lioy sent him 75 letters in 11 years.

Lioy also became his most ardent defender in the public eye, sometimes even praising his character in interviews. 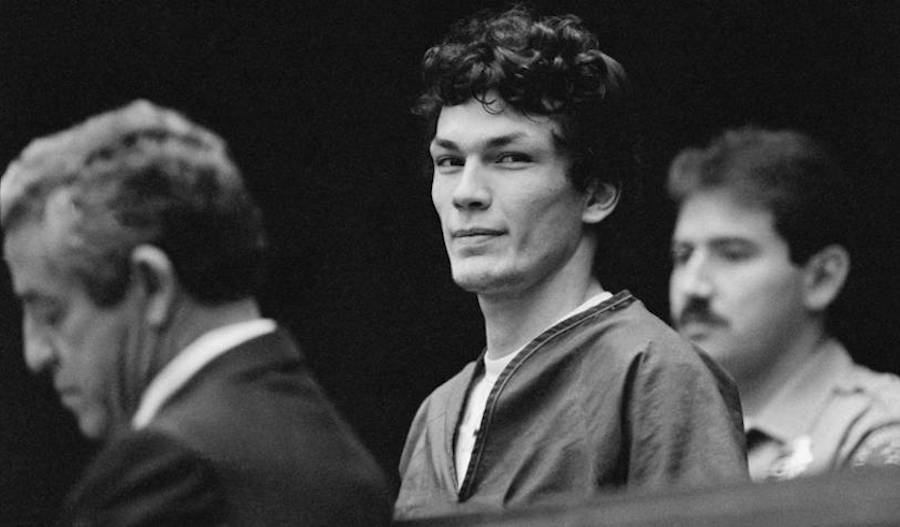 Getty ImagesRamirez professed his devotion to the Devil in court.

On November 7, 1989, Ramirez was sentenced to death. As he languished on death row at San Quentin State Prison, Lioy was his most frequent visitor. According to Los Angeles Times reporter Christopher Goffard, who visited the facility while conducting an unrelated interview and spotted Lioy, she appeared to be drawn to Ramirez’s “vulnerability.”

Goffard explained that she met with Ramirez about four times per week, and she was usually the first visitor in line. While she often spoke of his innocence, she rarely gave any real answers as to why she was with him. When directly asked, Lioy would just say, “Hometown girl makes bad.”

“[People call me crazy] or stupid or lying,” she complained. “And I’m none of those things. I just believe in him completely. In my opinion, there was far more evidence to convict O.J. Simpson, and we all know how that turned out.”

A conversation with Richard Ramirez behind bars.

Though she was widely reviled by the public, Lioy was determined to get hitched to Ramirez. And so on October 3, 1996, prison staff secured a visiting room for the couple and allowed them to get married — much to the disdain of the families of Ramirez’s victims.

On their wedding day, Lioy bought a gold band for herself and a platinum one for Richard Ramirez — since he had already explained to her that Satanists don’t wear gold.

With vending machines lining the walls and plastic chairs bolted to the ground, a seemingly traditional wedding was underway. The pastor removed the line “until death do you part” from the official proceedings.

The pastor said, “That would be bad form to say here, on death row.”

Where Is Doreen Lioy Today? 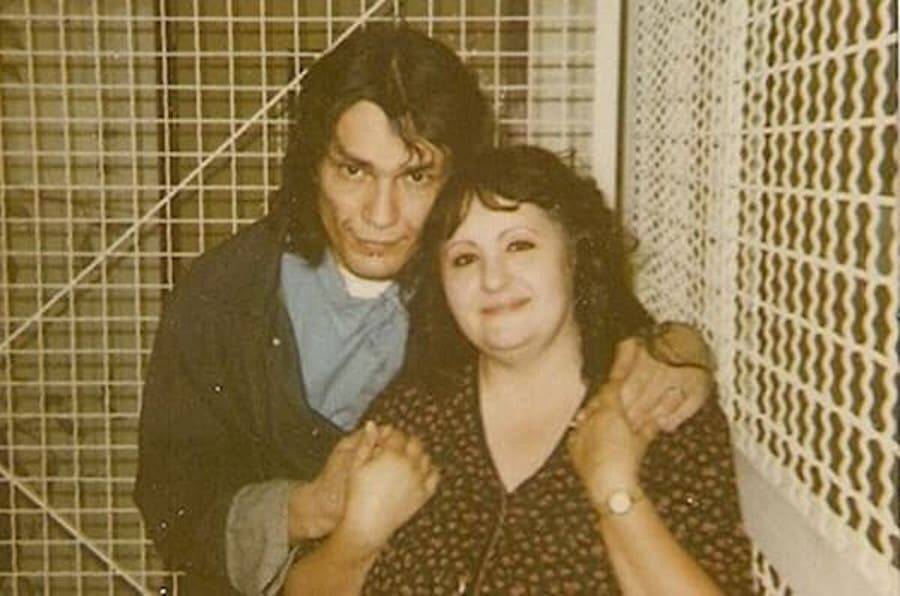 TwitterRichard Ramirez’s wife allegedly separated from her husband before he died in 2013.

While Richard Ramirez’s wife was enamored with her husband, her friends and family were in shock. Relatives disowned her, and journalists couldn’t understand why she had upended her life to be with Ramirez. Lioy admitted that she knew why people found her marriage odd.

She said, “It’d be hard for me to understand if my best friend came to me and said, ‘You know, this guy Timothy McVeigh, who just got convicted? I really think he’s cute and I’m gonna write to him.’ I mean, I would think that’s kind of strange.”

And yet, Richard Ramirez’s wife continued to vigorously defend her husband. But for all her efforts, she had to come to terms with the fact that he wouldn’t give her the one thing she really wanted: children.

“I love children,” she said. “I’ve never made any secret to him that I wanted five or six children. But that dream didn’t come true for me and I’ve just replaced it with a different dream. Which is, being with Richard.”

A trailer for the 2021 Netflix documentary series Night Stalker: The Hunt For a Serial Killer.

Ultimately, their relationship most likely did not end well. Although Ramirez’s obituary didn’t include any mention of a divorce, Lioy and Ramirez reportedly did not see each other for a few years before he died.

It’s unclear what drove the couple apart, but some believe the 2009 evidence that he murdered a 9-year-old in 1984 was too much for Lioy. Others argue that Ramirez’s health problems led to the couple’s separation.

Ultimately, Ramirez was never executed but instead died of complications from B-cell lymphoma in 2013. Meanwhile, Lioy has been absent from the public eye for several years. It’s unclear whether she ever reconciled with her loved ones — and her whereabouts today remain unknown.

After learning about Doreen Lioy and her life as Richard Ramirez’s wife, check out 21 serial killer quotes that will chill you to the bone. Then, check out Brazil’s real-life “Dexter,” Pedro Rodrigues Filho.