From Ted Bundy to Charles Manson, these infamous murderers had no problem finding love after they were convicted.

The advent of 24-hour news and true crime entertainment has turned serial killers and other convicted murderers into celebrities of sorts. But no matter how infamous these “celebrities” are, many of them still boast a flock of fawning fans — and some of them even find love.

In 1979, the trial of Ted Bundy made history as one of the first murder trials ever broadcast nationally to American homes. While the serial killer’s crimes were clearly shocking to the general public, this case was also illuminating for the flirtatious female response it received. Bundy even famously got married to a longtime admirer in the middle of his trial.

Bundy wasn’t the only murderer to find love — and tons of female fans — after being arrested for unspeakable crimes. In 1993, countless women followed the trial of brothers Lyle and Erik Menendez, who had viciously murdered their own parents. And even the infamous cult leader Charles Manson met a woman who wanted to marry him while he was in prison.

A bizarre phenomenon in our media-centric world, some of history’s worst killers have been treated like rock stars — but why? One possible theory is hybristophilia — the official term for being sexually attracted to people who commit outrageous crimes. Indeed, there are some women out there who openly identify as hybristophiles, and others who strongly hint at feeling this unusual attraction.

However, psychologists have also pointed out that some women who “love” killers might actually just love the media attention that comes along with their association to someone so notorious. And in other cases, it may simply be an extreme version of a woman thinking she can change a man — despite his heinous crimes.

Of course, most women make it a point not to date, marry, or have children with murderers. However, the women below were so smitten with these violent convicts that they actually did. Here’s how things turned out for them. 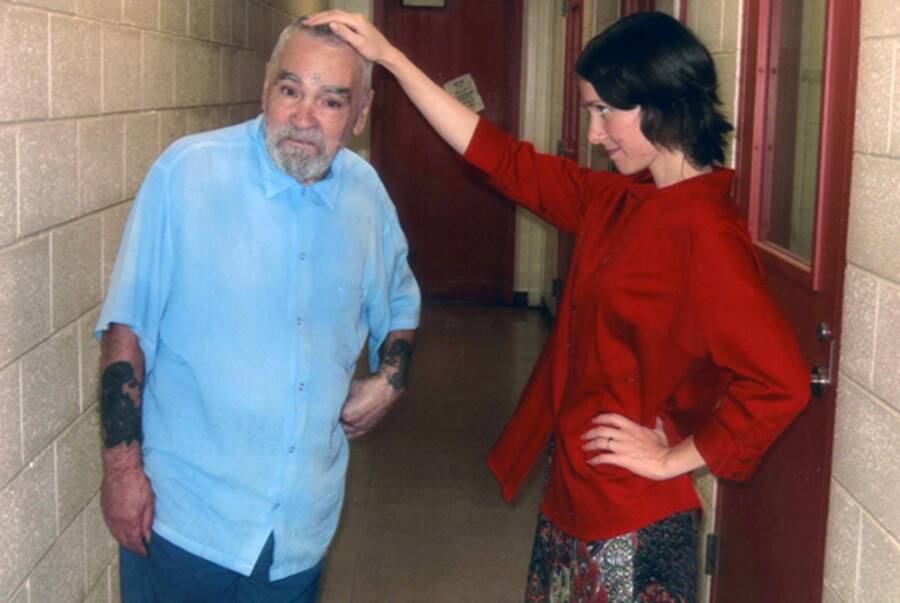 FacebookAfton Burton and Charles Manson received their marriage license on November 7, 2014. However, the pair never ended up getting hitched.

Without question, Charles Manson was one of the most infamous cult leaders of the 20th century. In the 1960s, his LSD-fueled philosophies inspired societal dropouts so much that they were willing to commit murder for him. While Manson never actually killed anyone himself, the “Sharon Tate murders” committed by his followers in 1969 cemented him as the face of evil.

Devoted Manson Family cult members either trusted in his apocalyptic visions or simply enjoyed the criminal lifestyle they were encouraged to follow. Either way, their vicious crimes in California arguably marked the end of the counter-culture movement that had taken off in the 1960s.

In 1971, Manson was convicted for the murders of the famous actress Sharon Tate and six other people. Although he was initially sentenced to death for his crimes, California temporarily suspended the death penalty in 1972. So he was simply sentenced to life in prison instead.

But for Afton Burton, Manson was innocent of all charges — and a wrongly imprisoned environmentalist. While it’s true that Manson wrote rather eloquently about humankind’s destruction of the environment, the evidence against him for his horrific crimes was extensive.

Afton Burton discussing her engagement with Charles Manson on CNN.

Manson had been infamous around the world for nearly 20 years before Burton was even born. And yet she was so drawn to the convict that she became determined to catch his eye — and an official promise to marry her. And that’s exactly what she did.

Burton began corresponding with Manson when she was just 17 years old — all because a friend showed her his environmental writings. She would eventually use all her savings to move from her home in Illinois to California, where she started visiting Manson in prison in 2007.

“I was forcefully excommunicated from my friends for a long period of time in my teen years,” Burton recalled. “I couldn’t have any contact at all with any of them. It had a big effect on my life.”

This sacrifice on Burton’s part so that she could see Manson ultimately led to the pair becoming a couple — and getting their marriage license on November 7, 2014. Burton, whom Manson called “Star,” was 26 years old at the time. Manson was 80.

As she explained on her pro-Manson website, Burton said part of her desire to wed him was that marriage would allow her access to information and documents that are usually only reserved for family. 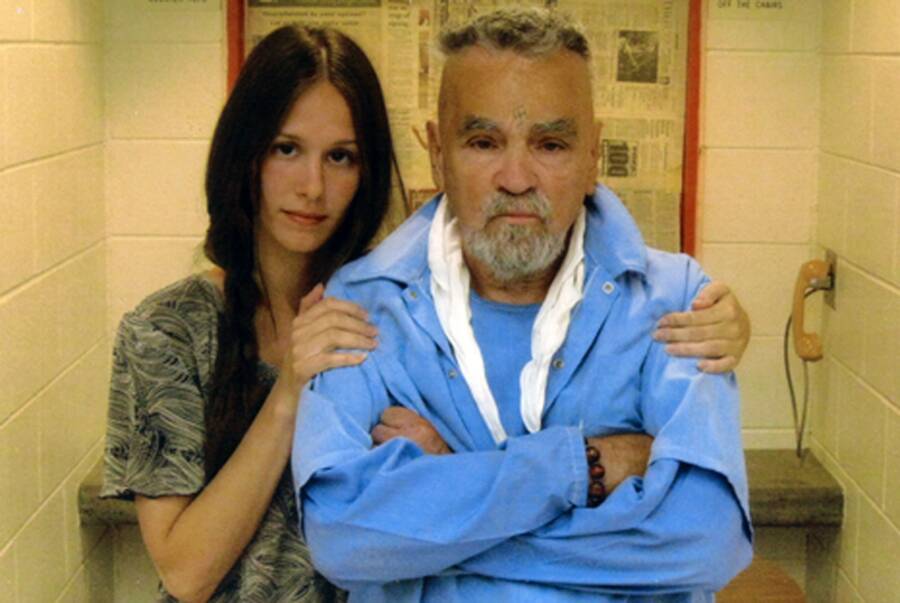 MansonDirectManson said their relationship was a publicity stunt, while Burton claimed that their wedding was postponed “due to an unexpected interruption in logistics.”

While Burton was clearly enamored with Manson, the former cult leader said that their wedding plans were “a bunch of garbage.”

“That’s trash. We’re just playing that for public consumption,” he told reporters. Ultimately, Burton claimed on her website that they postponed the wedding “due to an unexpected interruption in logistics.”

But even when wedding bells appeared to be around the corner, Burton’s family stood by her side all the while. Not even her devout Baptist father allowed Charles Manson to ruin his relationship with his daughter.

“We have not, we are not going to, and we never will, no matter what she does in her life, disown our daughter,” Phil Burton said.

Many believe that Burton was only involved with Manson so that she could take control of his estate after he died. Eerily, a rumor circulated in 2015 that she was marrying him in the hopes of receiving the rights to his body — so she could put his corpse on display and charge people to see it.

However, others wonder if Burton was simply put under a spell similar to that of his former Manson Family followers. When he was put into solitary confinement, she shaved her head and carved an “X” into her forehead just like his “girls” did during his 1971 trial.

To this day, Burton maintains that her relationship with Manson was mutual and remains fond of him even after he died in 2017.