From impalement to the blood eagle, these execution methods prove that they mastered the art of pain in the Middle Ages.

Medieval execution was a horrifying and gruesome prospect. During the Middle Ages, the unspeakable cruelty of capital punishment was only matched by the creativity of the torture techniques. To put things into perspective, decapitation was seen as the least painful way to go.

The Medieval period spanned about 1,000 years between the fall of the Roman Empire and the beginning of the Renaissance. During that time, the torture methods used were nothing short of inhumane.

Medieval executions ranged from boiling a person alive to crushing someone’s head with an elephant. These brutal methods were meant to deter criminals, but they were not always successful. After all, people still committed crimes — and suffered dire consequences. 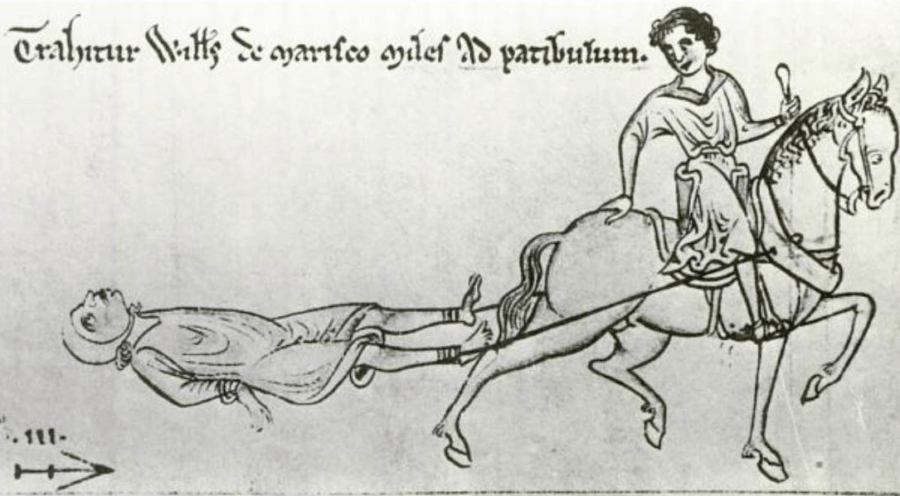 Wikimedia CommonsBeing hanged, drawn, and quartered often involved being dragged to the site of your death by horse.

In Medieval England, one of the most serious crimes was high treason. Since the punishment had to fit the crime, the Medieval execution method of being hanged, drawn, and quartered combined several forms of torture.

Usually, being “drawn” simply meant that the person was pulled by a horse to his final destination. However, sometimes this word took on a far grislier meaning when it referred to drawing the person’s intestines out of his body later on in the process.

As for being hanged, that step is self-explanatory. But in many cases, the person didn’t die from the hanging itself. Instead, executioners would hang the victim until he was on the edge of death and then release him so he would still be alive for the real horror — the quartering. 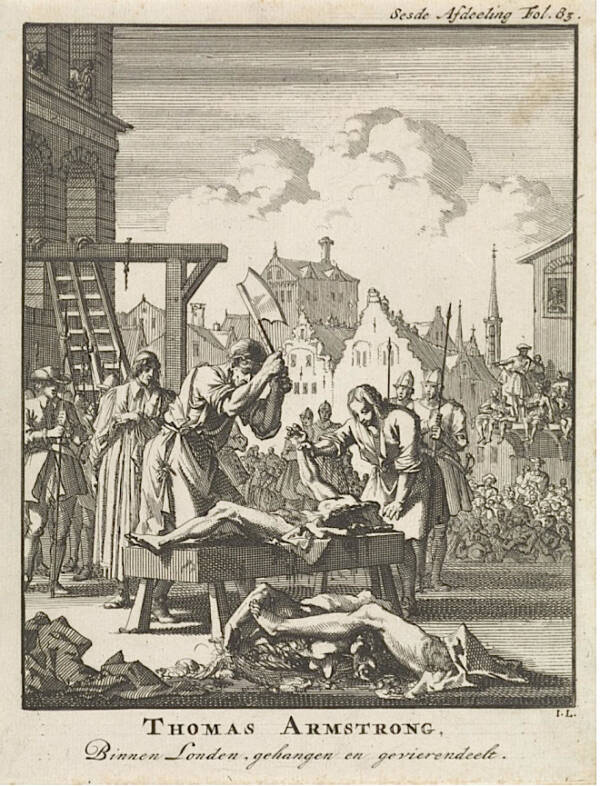 This began with castrating the prisoner, throwing his genitals — and sometimes his intestines — into a fire. The prisoner was then decapitated.

Finally, as the word “quartering” implied, the body would be chopped into at least four pieces and chucked into a boiling concoction of spices. This prevented birds from picking at the remains and allowed for the body parts to be publicly displayed across the country as a grisly warning.

Though typically thought of as just a British punishment, this execution method was actually practiced throughout Europe.

The most famous victim of this fate was William Wallace, since his fight to secure Scottish freedom from the English in the 1290s was inherently treasonous. Depicted in the 1995 film Braveheart, Wallace’s execution was even more brutal in real life. 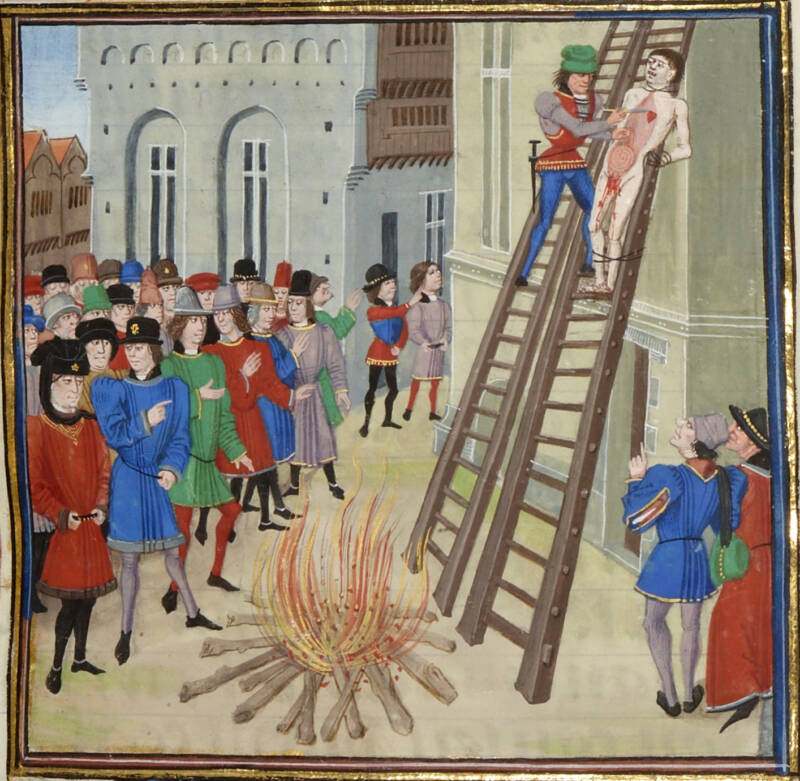 Wikimedia CommonsHugh Despenser the Younger being “drawn” for high treason in 1326.

In Wallace’s case, he was drawn by four different horses that were each tied to one of his limbs. This was usually done to prisoners the king despised most. After the execution, Wallace’s remains were famously scattered around England as a warning to other potential traitors.

Shockingly, this practice was used for about 500 years after Wallace’s infamous execution — until it was finally outlawed in 1803.