How Being Hanged, Drawn, And Quartered Became The Most Brutal Punishment In History

In 14th-century England, no crime was worse than trying to betray the crown. So as a warning to those who would commit treason, being hanged, drawn, and quartered was born. 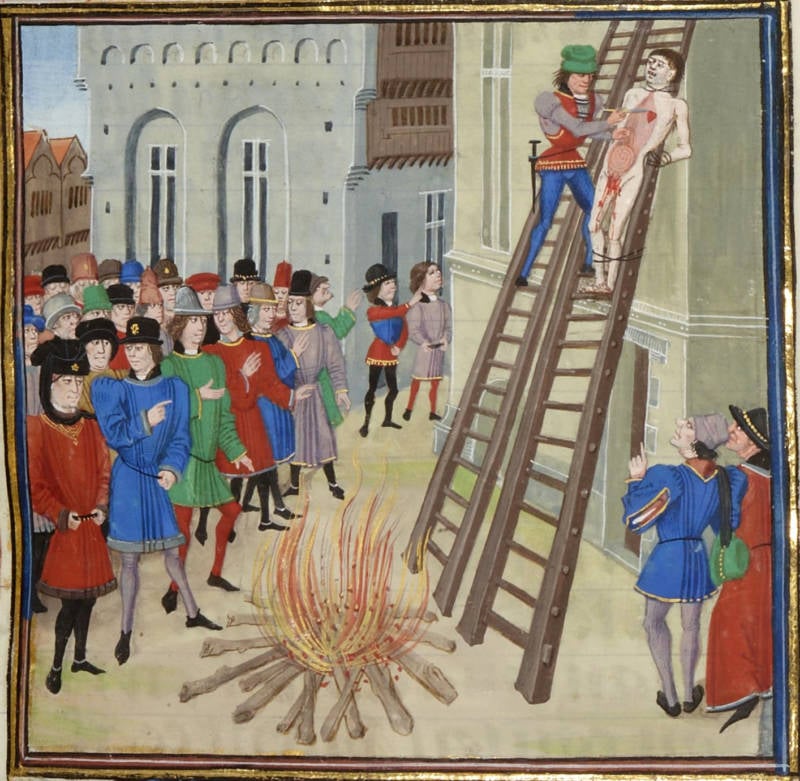 In the days before there was really an official police force to catch criminals, many societies focused on trying to stop people from committing crimes in the first place. Usually, that meant making it very clear that even the pettiest crimes would be brutally punished with a public execution. And of course, the most serious crimes required the most brutal punishments.

In 14th-century England, no crime was worse than trying to betray the crown. So what suitably horrific punishment do you dish out for high treason? Well, why not just combine a few different forms of execution into one agonizing, slow death?

Thus, the punishment of being hanged, drawn, and quartered was born. Though it is probably most famous for the way it was used in England, it was actually practiced all across Europe.

The hanging part is pretty obvious. The prisoner was first hanged by the neck, and on the edge of death, they would be cut down. But that wasn’t a last-minute act of mercy. That was just when things began to get truly gruesome.

Usually, “drawing” meant being pulled behind a horse to the execution. But there is another sense of the word “draw” meaning “pulling something out of something else.” In this case, the “something” was the prisoner’s intestines and the “something else” was their living body. Depending on the situation, this punishment could be substituted for or even added to being drawn by a horse.

Next came the quartering, which began by cutting off the prisoner’s genitals. Once free of the body, they were thrown into a fire along with the prisoner’s guts and burned in front of them. Finally, the body was beheaded. Which, if the prisoner was still alive at this point, might have seemed like a relief.

The body was then chopped into pieces, usually four, hence the “quartering.”

Whatever was left of the prisoner at that point was then boiled in a concoction of spices that would preserve the flesh and keep birds from picking at it. This last part was especially important since the remains would usually be displayed across the country as a warning to other potential traitors. 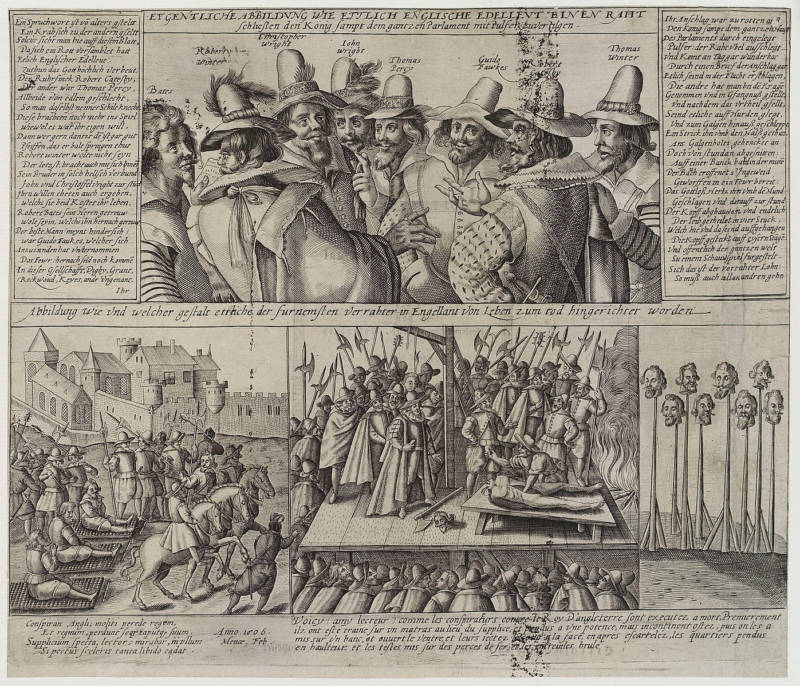 Wikimedia CommonsGuy Fawkes being executed for the Gunpowder Plot.

Most of the time, the condemned prisoner was spared the worst of the punishment by letting them strangle to death. But there were also ways to make the execution worse. For instance, the quartering could be done by tying the limbs to four different horses and having them walk in different directions. The way your execution went really depended on how much the king wanted you to suffer.

William Wallace’s execution is a good example of what happened when you really irritated the crown. William Wallace was a leader in the Scottish Wars of Independence. When he was captured by the English, they tried him as a traitor. Wallace’s argument that he was no traitor because he had never sworn allegiance to the king fell on deaf ears, and he was sentenced to be hanged, drawn, and quartered.

Wallace was dragged behind a horse to his execution as the jeering crowd threw garbage at him. Then he was hanged but cut down before he died. His genitals were sliced off, and his entrails pulled out while he was alive. Both were then burned in front of him before he was beheaded and split into pieces. The parts were then scattered around the country as a warning to others.

The use of this public execution persisted for a few hundred years more, with Edward Despard being the last official person to receive the punishment in 1803.

Despard was a British soldier and a bit of a social revolutionary, who pushed for racial equality in the colony of Honduras. But this didn’t sit well with the other colonists, and Despard was called back to London and imprisoned. From there, it seems like he might have eventually gotten involved in a plot to assassinate King George III, though the evidence is a little spotty.

Edward Despard was sentenced to the traditional punishment for traitors: to be hanged, drawn, and quartered. Of course, by 1803, the punishment was considered a little barbaric. So, Despard was simply hanged and beheaded. Even so, Despard’s execution attracted a crowd of 20,000 people.

The sentence remained on the books for a few more decades and the last time anyone was sentenced to be hanged, drawn, and quartered was in 1867. However, that sentence was never actually carried out. Three years later, the punishment was officially abolished, bringing an end to one of the most horrific execution methods in history.