The Bloody Truth About Beheadings 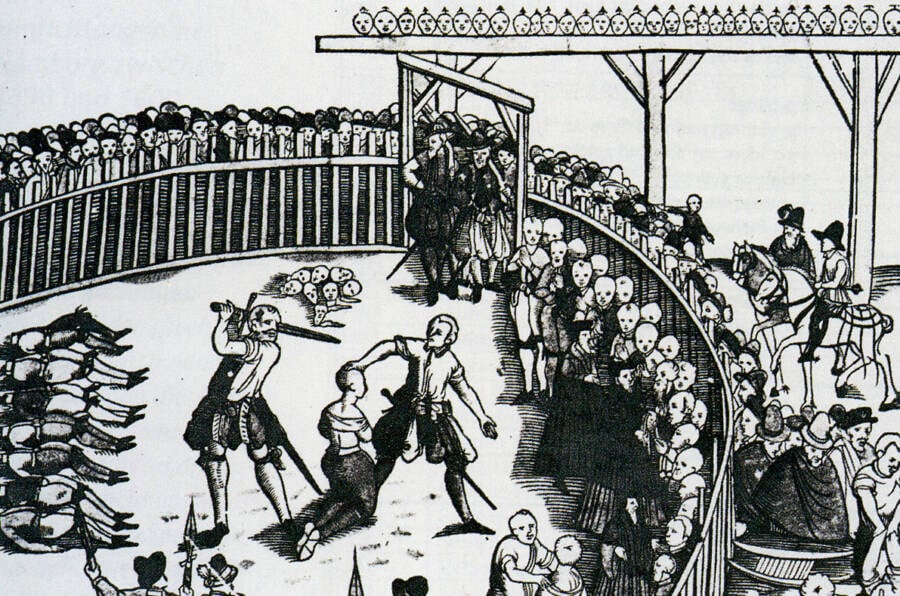 Wikimedia CommonsA group of pirates being publicly beheaded in Hamburg in 1573.

The ancient Greeks and Romans believed that beheading was an honorable death sentence. This was also a common belief during the Middle Ages — especially since beheading was viewed as a more humane form of capital punishment than the alternatives.

Unfortunately for some of the earliest victims, the execution method usually involved an axe. It was only later that more efficient swords were used, and victims were typically granted a relatively speedy death.

When compared to other Medieval execution methods, it’s clear that beheading was one of the least painful — and so it was considered the most “honorable” way to die. That’s why beheadings were typically reserved for nobles, knights, and other royalty.

According to tradition, beheading by sword was introduced to England by William the Conqueror during the 11th century. The victim was often instructed to stand or kneel upright since a block could have impeded the downward stroke of the sword. 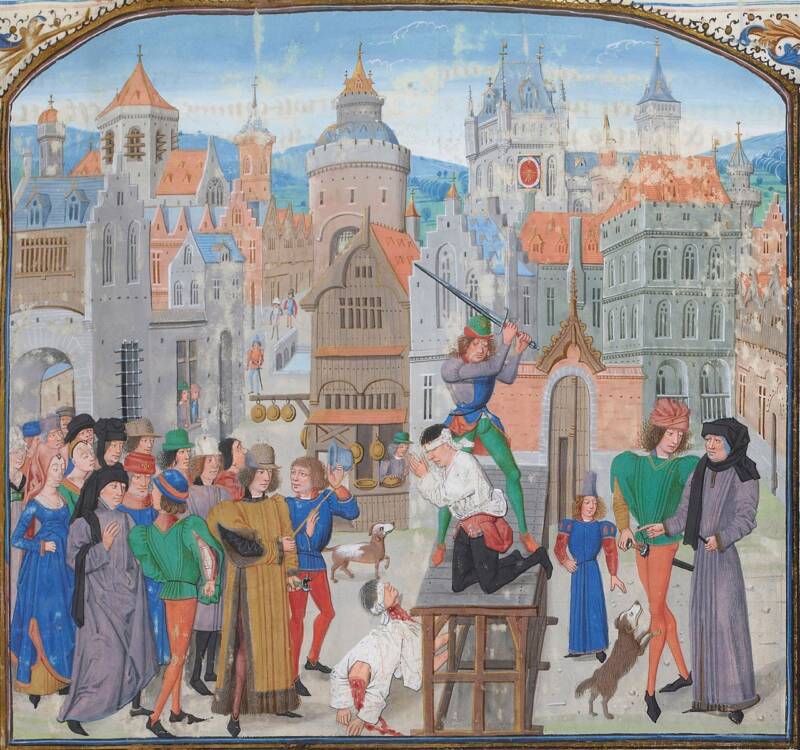 Wikimedia CommonsThe beheading of Guillaume Sans in the 1400s.

Of course, beheading did not stop when the Middle Ages ended. In 1587, after 19 years of imprisonment, Mary, Queen of Scots was so grateful for her beheading that she told her own executioner, “I hope you shall make an end of all my troubles.”

Meanwhile, King Henry VIII was so adamant about Anne Boleyn’s decapitation in 1536 that he sent for an expert swordsman from France to do the deed. On the day of her execution, Boleyn reportedly exclaimed, “I heard say the executioner was very good, and I have a little neck.”

Margaret Pole, meanwhile, wasn’t as lucky in 1541. Though members of high society were commonly granted the sword-based beheading, the Countess of Salisbury was beheaded with an axe. And the executioner was reportedly a “blundering youth” who “hacked her head and shoulders to pieces.” 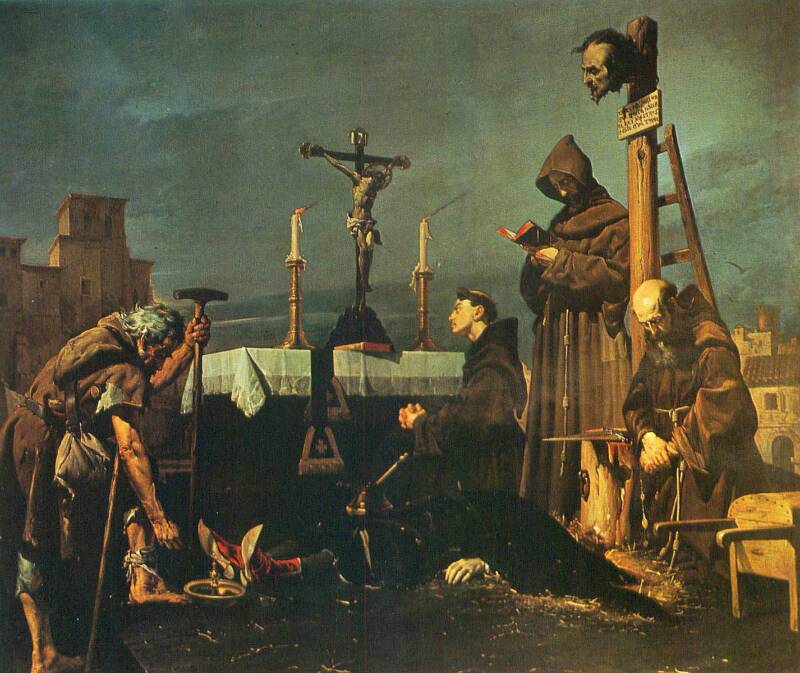 Despite the many issues that occurred with beheading, it remained a popular execution method for centuries. The last person beheaded in England was Simon, Lord Lovat in 1747.