Afton Burton first started communicating with the incarcerated Charles Manson when she was 17. By 26, she believed she was engaged to the cult leader.

It’s no secret that notorious criminals, serial killers, and famous convicts receive a fair amount of attention from rabid female admirers. Whether it’s a misguided sense of having the talent to reform them or a mere ploy to immortalize themselves in someone else’s legacy — it’s weirdly not uncommon.

Perhaps most memorable was the media frenzy surrounding Ted Bundy, who while undergoing his murder trial and then awaiting execution, was swarmed by countless women offering their support — and one such supporter even married him on death row.

For Charles Manson, arguably the most infamous serial killer who never actually murdered a soul, that kind of attention seemed to have evaporated once he was imprisoned for life in August 1970.

Twice-married and twice-divorced, the Helter Skelter figurehead did, however, start up a new romantic relationship at the ripe age of 80. Afton Elaine Burton (also known simply as “Star”) first contacted the aging cultist in 2007 when she was 17 years old.

Why a young a girl with decades of mainstream awareness of Charles Manson would become enamored with him — how they got in touch, and what her true intentions were — has only recently become clear.

Who Is Afton Burton, Anyway?

Afton Elaine Burton was born in Bunker Hill, Illinois in 1988. According to The Daily Beast, the midwesterner’s hometown was comprised of one stop sign and a paltry population of 1,800. As your traditional American farm village, there probably wasn’t too much excitement around.

This is, of course, the natural foundation for any classical hero’s journey. That’s not to say Afton Burton was a savior of any kind, though that’s certainly a notion anyone with big dreams from a small town may think before spreading their wings. So when Afton Burton was 19, she did just that.

The Burton home was situated right behind a lake and had a big wooden porch adorned with an American flag. This homestead wasn’t quite enough for Afton Burton, though, and so in 2007, she took her $2,000 savings and ventured to Corcoran, California. 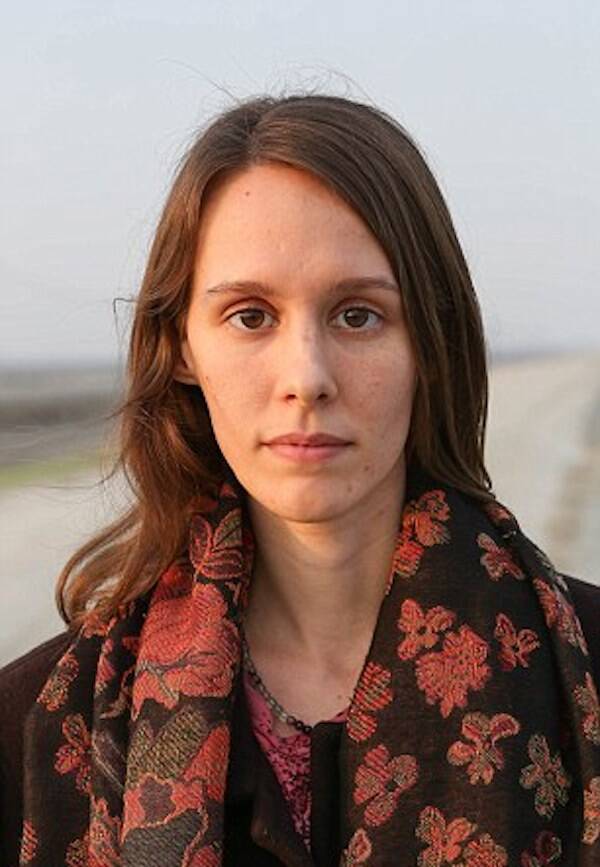 Corcoran, California while bigger than Bunker Hill, wasn’t any sort of big cosmopolitan town. It may have seemed
an odd first choice to anyone else headed west, but Burton had a goal in mind: she wanted to become the loyal bride of Charles Manson.

Many have cited the physical similarities between Afton Burton and loyal Manson Family member and murderess, Susan Atkins.

Burton said he was “the most famous guy in the world,” as though that offered any informative look into her internal life. On the other hand, a fascination with convicted killers — and a generation raised to idolize the acquisition of fame by any means — may seem to offer more insight.

As the principal of Burton’s alma matter, Bunker Hill High School, Matthew Smith was primarily concerned with how this obsession of the 2006 graduate would affect the faculty and student body.

“I just don’t want any of the teachers involved in that situation,” he said in reference to an interview request with Burton’s former professors. 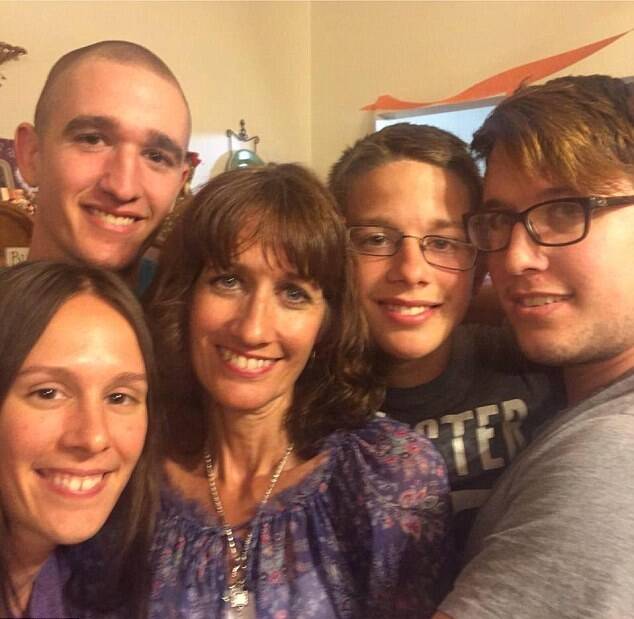 FacebookAfton’s family has always stood by her, no matter how disagreeable they were regarding her potential marriage to Manson.

As it turns out, the Manson Murders, which included the 1969 Sharon Tate murders and the LaBianca murders, has left people unwilling to discuss the man more than 40 years after his incarceration. Burton’s mother, her neighbors, and professors were all highly averse to discuss Manson at all.

According to Burton though, her initial attraction to the cult leader stemmed from his commentary on the state of the environment.

When Afton Burton’s friend turned her on to Manson’s environmental philosophy of ATWA — air, trees, water, animals — she’d heard enough. It could be that to Burton, these were the ideas of a man with strong moral character and appreciation for the planet — and, to Burton, perhaps this was enough to erase his misdeeds.

“Yeah, well, people can think I’m crazy,” Afton Burton told Rolling Stone. “But they don’t know. This is what’s right for me. This is what I was born for.”

According to Time, Burton’s relationship with her parents hasn’t suffered from this strange infatuation in the slightest. Though growing up as an energetic teenage girl under a devout Baptist family was often difficult, the bond between each member has stood firm over the years.

“I was forcefully excommunicated from my friends for a long period of time in my teen years,” claimed Burton. “I couldn’t have any contact at all with any of them. It had a big effect on my life.” 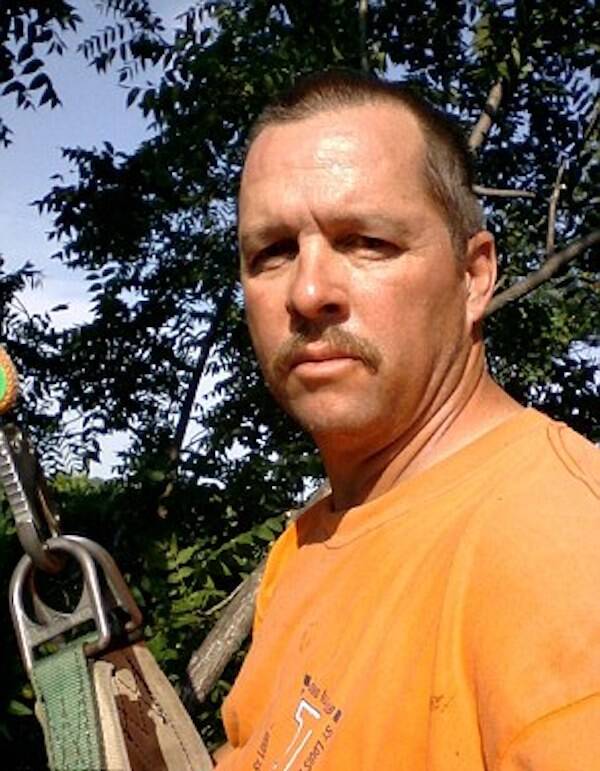 MansonDirect/PolarisPhil Burton said nothing in the world could ever make him disown his daughter. Not even marrying Charles Manson. He was, however, relieved when it didn’t pan out.

Star Burton’s father, Phil, rejected the notion that he kept his daughter secluded from her peers. Burton has since admitted that she has a very “positive relationship” with her family, and contacts them on a regular basis to stay in touch.

And while her father minces no words when it comes to Manson and stated adamantly that he “won’t be hopping on a plane” to attend the wedding, he also made it clear that nothing in this world could ever keep him from maintaining a relationship with his child.

“We have not, we are not going to and we never will, no matter what she does in her life, disown our daughter,” he said. “I love my kids more than life itself.”

For Burton, the notion that Charles Manson is an evil man was always nonsense. Though the man’s last name has long been immortalized in the corridors of evil, Burton has remained adamant that the convict was falsely imprisoned. She’s not alone in that theory, to be fair, though the efforts she’s gone to in order to alleviate his situation have certainly never been matched.

“She’s been good to him,” Burton’s mother Michelle admitted. 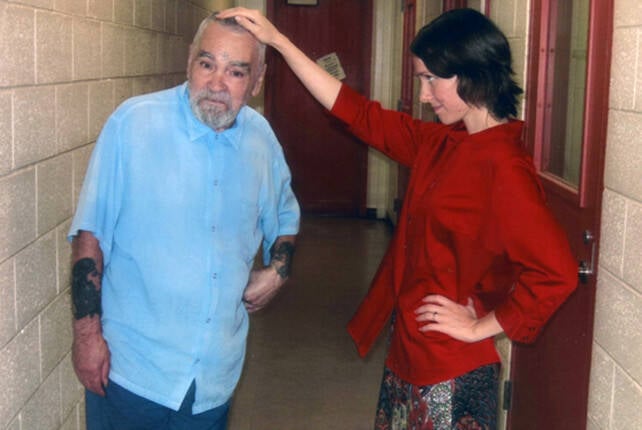 MansonDirect.comManson continuously wavered on the marriage, calling the plan “trash.” He did enjoy the toiletry concessions and other goods Burton provided him with, however.

Before Charles Manson died behind bars at the age of 83, Star Burton did indeed take quite good care of her prospective husband. Adoring fans, not dissimilar to the young Star Burton herself, would send the convict money and gifts.

Burton helped to manage the influx of money and presents that came from his fans as well as to update them about his aging condition on MansonDirect.com before he died. But the young bride-to-be eventually revealed herself to want more than just a ceremonial connection to the man.

In the few short years before his death, it turned out that Afton Elaine “Star” Burton was actually planning to secure the legal rights to his corpse — in order to display it for curious observers in a glass crypt for profit.

Star Burton and Manson had already developed a thorough relationship by that point. Burton visited her new beau in prison whenever she could. According to The Daily Mail, the couple even got as far as acquiring a marriage license — but it expired in February 2015, amid rumors of Star Burton’s true intentions.

Burton’s father and mother Melissa denied the claims that their daughter merely wanted to secure the legal rights to Manson’s remains. According to Phil, the reason Star Burton and Manson failed to get married was that prison officials were vehemently opposed to letting Manson get what he wanted. 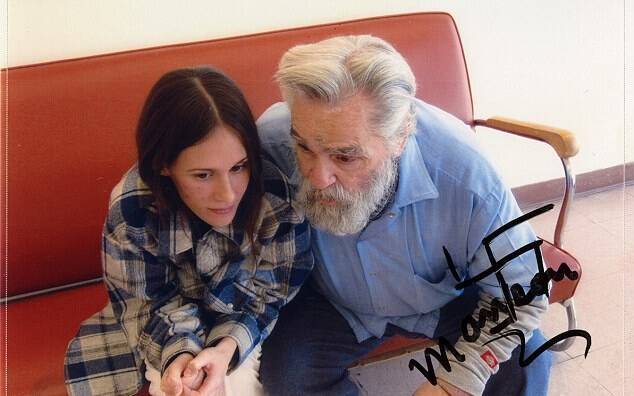 MansonDirect.com/PolarisBurton was first drawn to Manson after learning about his staunchly supportive stance on the environment.

“There were several complications that arose regarding the scheduling [of the marriage],” said Phil. “There was a lot of time that he was unavailable because he was in solitary confinement. The rumors are that they [the prison authorities] were trying to make it difficult for them.”

“There’s no visitation, no phone calls, no nothing when you’re in solitary.”

While Star Burton was busy maintaining what feeble relationship with Manson she still had, the former cult leader himself was occupying his time with another matter entirely.

“He was making little dolls, but they were like voodoo dolls of people and he would stick needles in them, hoping to injure the live person the doll was fashioned after,” said former L.A. County prosecutor Stephen Kay who helped convict Manson in 1970. “He said his main activity was making those dolls.”

Star Burton And The Corpse of Charles Manson

According to The New York Post, Burton’s scheme to secure the rights to Manson’s remains was hatched together with her friend Craig Hammond. The pair initially tried directly to get Manson’s approval and to get him to sign a legal document.

“He’s finally realized that he’s been played for a fool,” said Simone in reference to Manson’s revelation.

Nonetheless, he decided to keep the carrot of potentially signing the document in front of Burton’s face, as there were certain advantages to that. 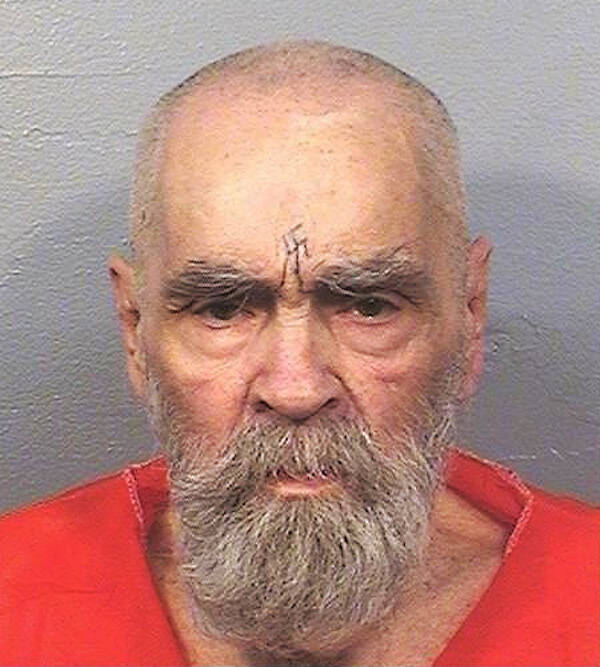 Of course, Manson didn’t even believe that he’d die, anyway — which resulted in contempt for the preposterous plan on his behalf.

“He feels he will never die,” said Simone. “Therefore, he feels it’s a stupid idea to begin with.”

Perhaps Manson wasn’t fully aware of how his girlfriend felt, but she was certainly not parading this notion around for a mere laugh.

Burton and Hammond wanted to be able to display Manson’s corpse in a glass crypt and charge people from all walks of life a fixed sum to take a peek at it.

When the rather direct approach of garnering the man’s signature didn’t succeed, Burton pushed the marriage plan into high gear. As the spouse of a dead man, of course, she’d be in full legal possession of his remains. That was the thought, at least, and a thought it remained. 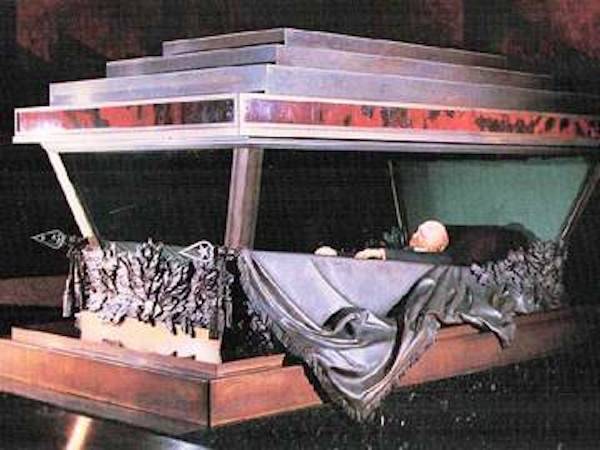 Wikimedia CommonsBurton essentially planned on running a California version of the Lenin Mausoleum in Moscow, where visitors would pay to see the cult leader’s embalmed body on display.

“Manson never consented to the wedding in the first place and never will,” Simone claimed.

It’s unclear whether acquiring the cult leader’s body for mere profit was Afton Burton’s plan from the get-go or whether she genuinely did want to marry Manson. Regardless, Manson never did marry Afton Burton nor did he give her permission to display his remains.

Charles Manson died behind bars at the age of 83 on Nov. 19, 2017. As it stands, Burton’s own legacy is currently relegated to a footnote on the expansive historical account of her idol.

After this look at Charles Manson’s last girlfriend Afton Burton, take a look at these 31 outrageous Charles Manson facts. Then, check out 30 mesmerizing Charles Manson quotes that are weirdly thought-provoking. Finally, learn about Tex Watson, the terrifying Manson killer.