How Did Sharon Tate Die? Inside The Brutal Hollywood Murder Of A Promising Young Actress

On August 9, 1969, Sharon Tate and four others were gruesomely killed in her Los Angeles home by the Manson Family cult. 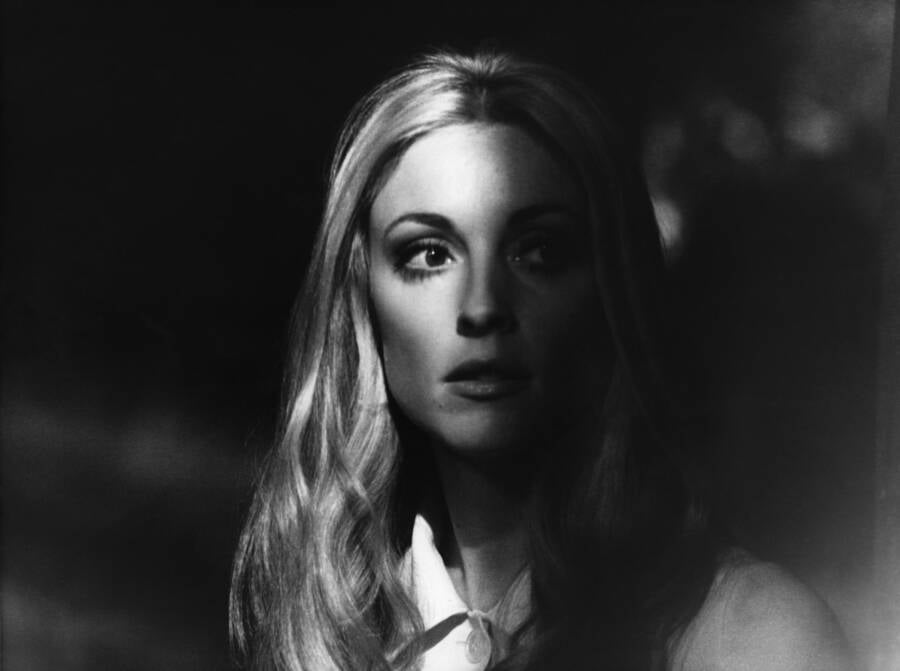 When 26-year-old Sharon Tate died at the hands of the Manson Family cult in 1969, many people had never heard of her. Though the actress had snagged roles in a number of films, she hadn’t yet had her own big break. Her grisly death at eight and a half months pregnant, however, immortalized her as one of the cult’s most tragic victims.

The day before Sharon Tate’s murder passed like any other. Staying at a rented mansion at 10050 Cielo Drive in Los Angeles, California with friends, the heavily pregnant Tate laid out by the pool, complained about her husband, the infamous director Roman Polanski, and went out for dinner. At the end of the night, she and three others returned to the house.

None of them saw the four followers of Charles Manson as they approached the property in the wee hours of August 9, 1969. Instructed by Manson to “totally destroy everyone” in the home, the cult members made quick work of the house’s inhabitants, murdering Tate, her unborn baby, her friends Wojciech Frykowski, Abigail Folger, Jay Sebring, and a salesman named Steven Parent, who had the bad luck of being on the property that night.

Sharon Tate’s death shocked America. The beautiful young actress had been stabbed 16 times and hanged from a ceiling beam in the home. And her killers had used her blood to smear the word “PIG” on the front door.

This is the story of Sharon Tate’s promising rise in Hollywood, her gruesome death, and the murder trial that captivated the entire nation.

Born on January 24, 1943, in Dallas, Texas, Sharon Tate spent her early life on the move. According to The New York Times, her father was in the U.S. Army, so Tate’s family relocated often. They spent time in San Francisco, Washington state, Washington, D.C., and even Verona, Italy.

Along the way, Tate’s beauty started to attract attention. As The New York Times noted after Sharon Tate’s death, the teenager won “a number of beauty contests” and was named homecoming queen and queen of the senior prom at the high school that she attended in Italy.

Winning beauty contests was one thing, but Tate seemed to want more. When her family moved back to the United States in 1962, she made a beeline for Los Angeles, California. There, she quickly snagged a seven-year contract with Filmways, Inc. and began getting bit parts in TV shows.

Small roles eventually became bigger ones, and Tate was fatefully cast in The Fearless Vampire Killers (1967), directed by Roman Polanski. Tate and Polanski developed a romantic relationship while working together, and married in London on January 20, 1968. Later that year, Tate was pregnant.

But even though her career as an actress seemed to be accelerating, Sharon Tate admittedly had mixed feelings about working in Hollywood. 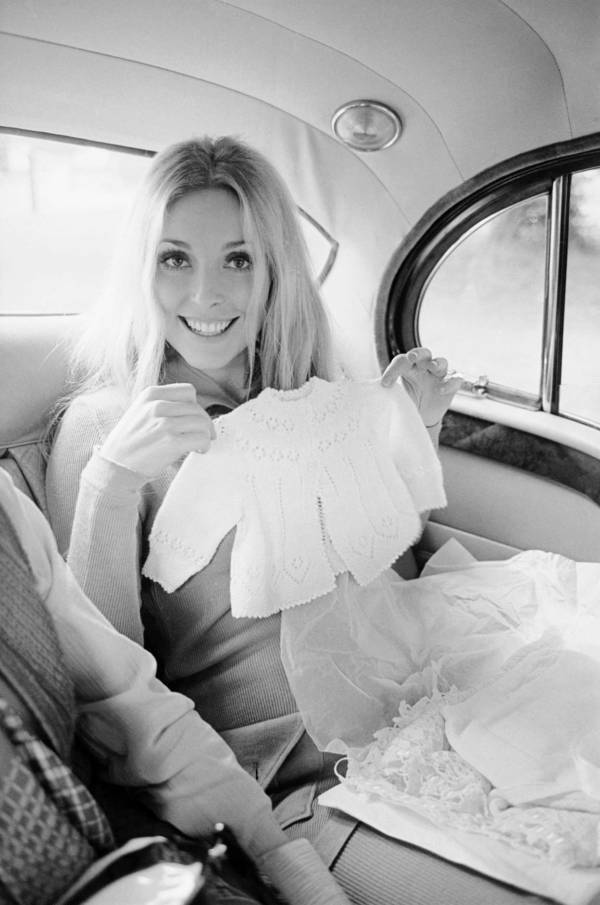 Terry Oneill/Iconic Images/Getty ImagesSharon Tate died eight and a half months into her pregnancy.

“All they see is a sexy thing,” Tate told Look Magazine in 1967. “People are very critical on me. It makes me tense. Even when I lay down, I’m tense. I’ve got an enormous imagination. I imagine all kinds of things. Like that I’m all washed up, I’m finished. I think sometimes that people don’t want me around. I don’t like being alone, though. When I’m alone, my imagination gets all creepy.”

She had mixed feelings about her husband, too. By August 1969, shortly before their baby was due, Tate had started to consider leaving him. They’d spent much of the summer in Europe, but Tate had returned to their rented home at 10050 Cielo Drive alone. Polanski had delayed his return so he could scout out movie locations.

On the day before Sharon Tate’s death, she called Polanski and argued with him about his absence. If he wasn’t home in 10 days for his birthday party, she said, according to The Washington Post, they were through.

The rest of the day passed relatively peacefully, with no sign of the horror to come. Tate complained to her friends about her husband, raved about her soon-to-be-born baby, and took a nap. That evening, she went out to get dinner with aspiring writer Wojciech Frykowski and coffee heiress Abigail Folger, who’d been housesitting, and Tate’s ex-boyfriend, celebrity hairstylist Jay Sebring. By 10 p.m., they were all back at 10050 Cielo Drive.

But none of them would survive to see the sunrise.

The Horrific Death Of Sharon Tate 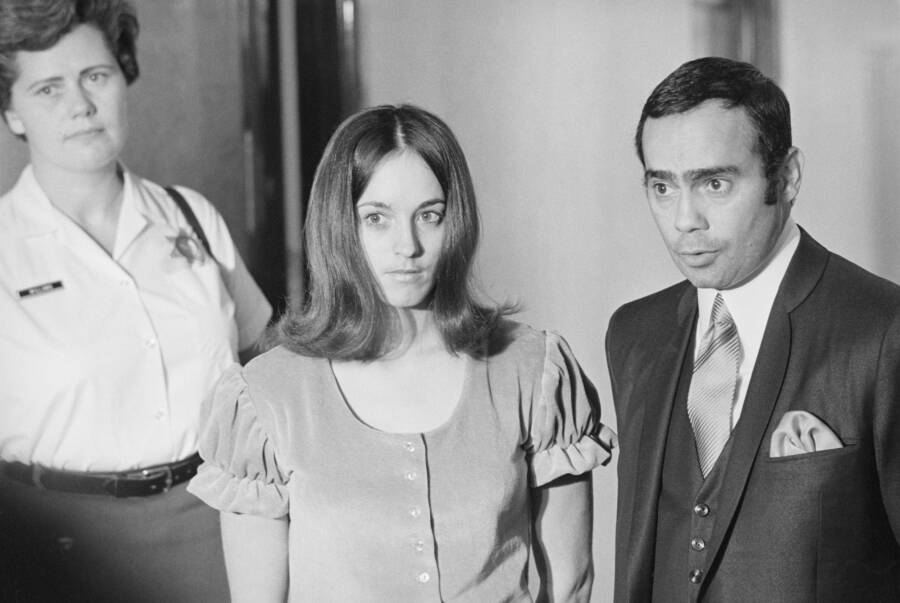 In the early hours of August 9, 1969, Manson Family members Charles “Tex” Watson, Susan Atkins, Linda Kasabian, and Patricia Krenwinkel approached the property of 10050 Cielo Drive. They weren’t specifically targeting Sharon Tate, or even her absent husband Roman Polanski. Instead, Manson had told them to attack the house because its former occupant, producer Terry Melcher, had declined to get Manson the record deal he craved.

According to Newsweek, Watson later testified that Charles Manson had instructed them to go “to that house where Melcher used to live… [and] totally destroy everyone in [it], as gruesome as you can.”

As Linda Kasabian later recalled, Watson cut the telephone wires and shot and killed 18-year-old Steven Parent. The teen had the bad luck of visiting 10050 Cielo Drive that night to sell a clock radio to the property’s caretaker, William Garretson, who was staying in a separate guest house. (Garretson was unharmed during the murders.)

Then, the cult members entered the main house on the property. First, they encountered Frykowski, who was lying on a sofa in the living room. According to Helter Skelter: The True Story of the Manson Murders, Frykowski demanded to know who they were, to which Watson ominously responded: “I am the Devil, and I’m here to do the Devil’s business.” 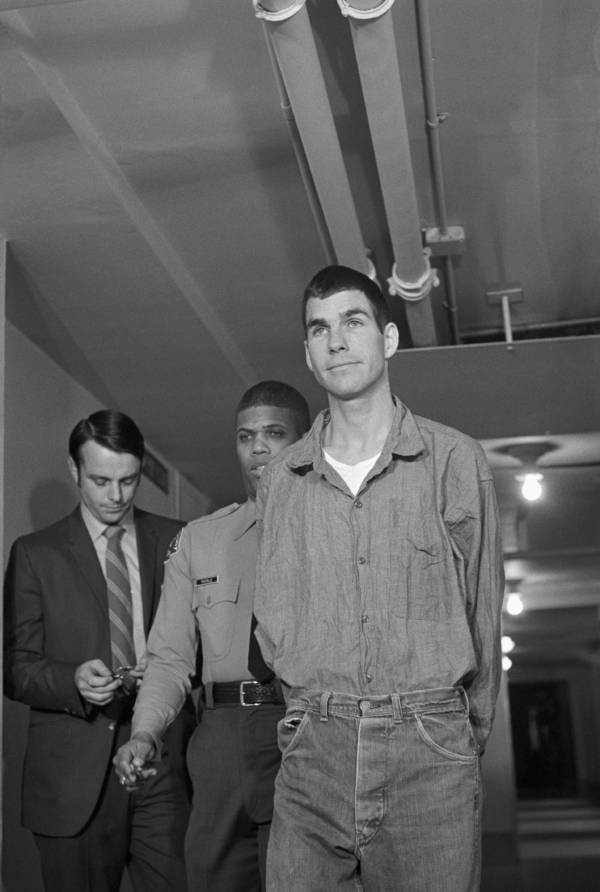 Moving silently through the house, the cult members collected Tate, Folger, and Sebring and brought them to the living room. When Sebring protested against their treatment of Tate, Watson shot him, and then tied him, Folger, and Tate to the ceiling by their necks. “You are all going to die,” Watson said.

Frykowski and Folger both tried to fight back against their captors. But the Manson Family members stabbed Frykowski 51 times, and Folger 28 times, ultimately killing them. Then, only Sharon Tate was left alive.

“Please let me go,” Tate reportedly said. “All I want to do is have my baby.”

But the cult members showed no mercy. Atkins, Watson, or both, stabbed Tate 16 times as she cried out for her mother. Then Atkins, instructed by Manson to do something “witchy,” used Tate’s blood to write “PIG” on the front door of the home. And they left Sharon Tate dead like the others.

The Manson murders didn’t end there, however. The next night, the cult members killed supermarket chain owner Leno LaBianca and his wife Rosemary (neither of whom was famous or notorious) at their home.

The spate of violent and seemingly senseless murders baffled the nation. But the mystery was finally solved when, according to Newsweek, Atkins bragged about killing Sharon Tate while she was locked up for car theft. 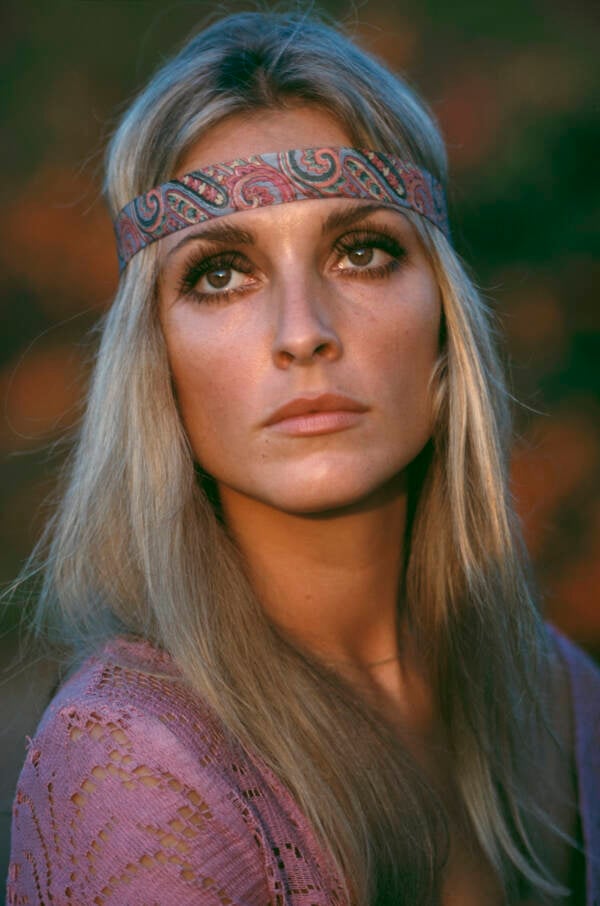 In the aftermath of Susan Atkins’ jailhouse confession, Charles Manson and some of his followers were put on trial for murder in 1970. They offered grisly descriptions of how their victims, including Sharon Tate, died at their hands.

As for a motive, Manson had allegedly hoped to frame the Black Panthers and other Black organizations for the brutal murders of Tate and his other victims so that he could start a “race war.” This might explain why Atkins felt compelled to write “PIG” on Tate’s front door.

In the end, Manson and his followers were convicted of nine murders (though some believe they were responsible for more killings.) Manson, Atkins, Krenwinkel, Watson, and one other cult member were sentenced to death. But their sentences were later commuted to life in prison.

But amid the roller coaster trial of Manson and his followers, Sharon Tate became just a footnote in the larger Manson story. Her hopes of being a star, and dreams of being a mother, were instantly overshadowed by the chaos that Manson and his cult had wreaked across Los Angeles. 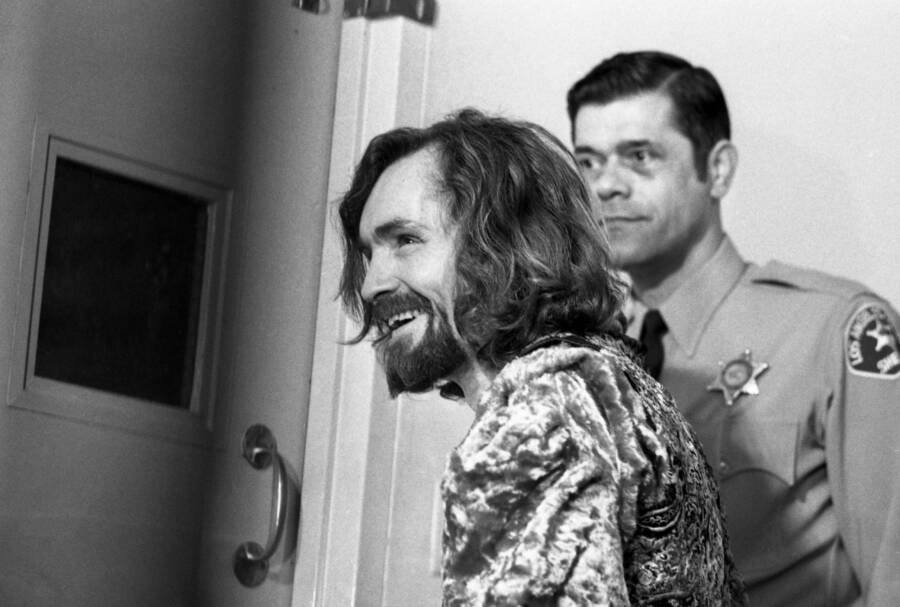 It didn’t help that many big-name media publications had gotten key details wrong in the aftermath of the murders. For example, TIME Magazine reported that one of Tate’s breasts was completely sliced off and that there was an X cut on her stomach — neither of which turned out to be true.

And according to Women’s Health, journalist Tom O’Neill, who researched the Manson Family murders for 20 years, eventually uncovered evidence of a cover-up of the official story of Tate’s death, “including police carelessness, legal misconduct, and potential surveillance by intelligence agents.”

Even contemporary films about the Manson murders, like Quentin Tarantino’s Once Upon A Time… In Hollywood (2019), don’t flesh out Sharon Tate’s character as much as her loved ones would like. Her sister, Debra Tate, told Vanity Fair that she felt Sharon Tate’s “visit” in the film was a little short, but that she’d fully approved of Margot Robbie’s depiction of her sister.

“She made me cry because she sounded just like Sharon,” Debra Tate explained. “The tone in her voice was completely Sharon, and it just touched me so much that big tears [started falling]. The front of my shirt was wet. I actually got to see my sister again… nearly 50 years later.”

In the end, Sharon Tate’s death is one tragic piece of the Manson story. Just 26 years old when she was murdered, Sharon Tate had unfulfilled dreams of love, fame, and motherhood. But because of the cult leader and his followers, she’ll always be remembered for her horrific demise.

After reading about Sharon Tate’s death, learn more about the Manson Family or learn how Charles Manson died after decades behind bars.