Patricia Krenwinkel once thought she'd become a nun. Instead, she became a part of Charles Manson's "family" and killed in his name.

No one expected that Patricia Krenwinkel would become a murderer.

In fact, no one expected much from her at all. Born into a broken home and hopelessly unsure of her body and character, Krenwinkel struggled to find a place in life. Unfortunately, she found it in Charles Manson — and sent the trajectory of her lackluster life into one of chaos and destruction.

Born in the waning months of 1947 to a homemaker and an insurance salesman, Krenwinkel grew into a girl paralyzed by insecurity. At school, she was bullied for being overweight and an embarrassing endocrine condition that caused her to grow excess hair on her arms.

Alongside these adolescent insecurities, Krenwinkel’s home life began to fall apart. Although her family would later claim a perfectly “normal” childhood for her, it was anything but. At a parole hearing in 2011, Krenwinkel described her parents’ divorce and how she was forced to go to three different high schools, and how her older stepsister introduced her to alcohol and drugs. Following the divorce, Krenwinkel’s mother moved to Alabama and Krenwinkel, just 17 and still in high school, chose to stay in California with her father and stepsister. 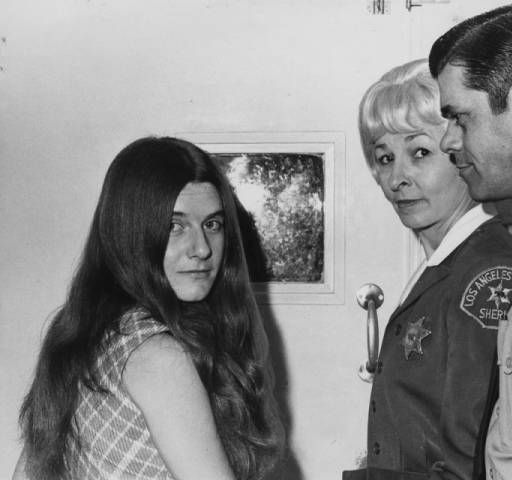 Krenwinkel eventually followed her mother to Alabama to go to university at Spring Hill, a Jesuit school. She even considered becoming a nun. In the end, Krenwinkel only lasted one semester before moving back to Los Angeles where she moved in with her stepsister — a heroin addict. 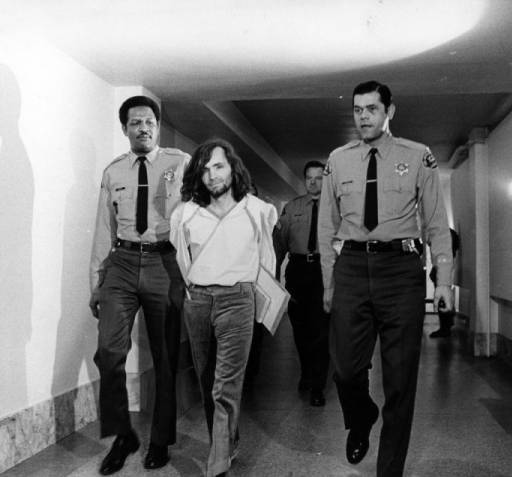 The Los Angeles Public LibraryCharles Manson escorted from court in 1970.

While living with her sister in Manhattan Beach, Patricia Krenwinkel met Charles Manson. Manson later described, Krenwinkel, whom he referred to as “Pat” as: “[not] a prizewinner for beauty but…she had smarts…At one time she had been pretty deep into the Bible…it was easy to see she didn’t believe in herself as much as she wanted others to believe.”

From her perspective, Krenwinkel saw Manson as an escape from a dead-end job and her sister’s addiction. At her 2011 parole hearing, she acknowledged this, saying: “This seemed like a way out…he seemed like the answer…he seemed like my salvation at the time.”

Manson corroborated this story and recalled how after five hours of “conversation, sex, and complete fulfillment,” Krenwinkel put her head in his lap and cried. She said: “Charlie, you’ve given me a new world. Anything you do has to be right. Take me with you wherever you go.”

So Manson took her in. Together, they lived in a van with two other women: Lynette Fromme and Mary Brunner, who would become the mother of Manson’s third biological son, Valentine Michael Manson.

In Krenwinkel’s recollection, this group eventually grew to about 50 people. They routinely used LSD and marijuana, which, in San Francisco of the late 1960s, was readily available.

But how did Patricia Krenwinkel, who once wanted to become a nun, find herself on Cielo Drive on August 9, 1969, covered in blood? Her desperate love for Manson led her to shed pieces of her self and her morality bit by bit. Through the lens of time, and perhaps desiring release from prison, she recalled:

“I wanted this man’s love…any time I saw something I normally would be against, any of the values I held, I began to justify it…rationalize it…the more I did that, the more I lost any values I held.”

Manson even changed Patricia Krenwinkel’s name to Katie because “their old names belonged to the past.” 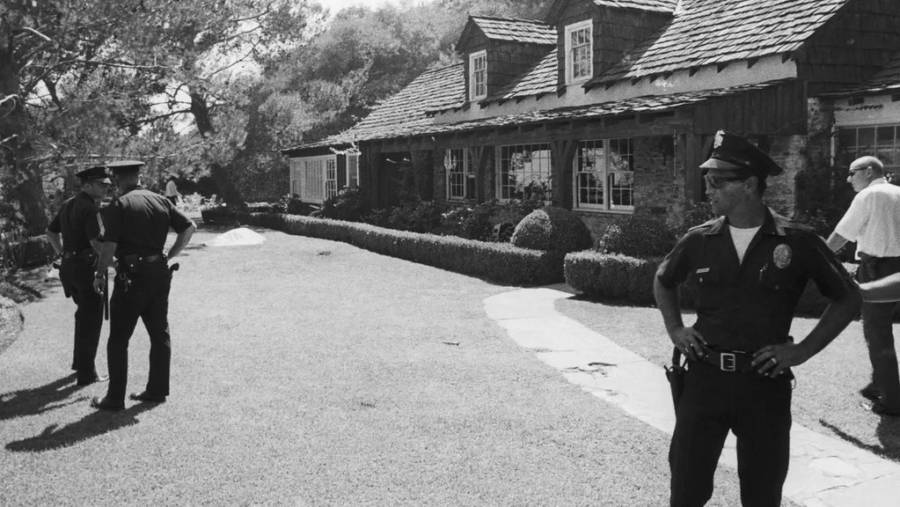 In August of 1969, Patricia Krenwinkel completely shed her former identity. She went from a shy schoolgirl and aspiring nun to a murderess.

Motivated by Manson, who aimed to start a race war by framing the murder of Hollywood elites on black Americans, Krenwinkel gathered with other members of Manson’s “family,” including getaway driver Linda Kasabian, at the home of Sharon Tate and Roman Polanski.

Krenwinkel found Abigail Folger asleep in one of the bedrooms and dragged her into the living room, where they gathered all the victims except for Stephen Parent, who had been shot in his parked outside. A scuffle ensued between the two women and Krenwinkel stabbed Folger.

Folger managed to escape and ran desperately outside — Krenwinkel followed, pinned her to the ground, and continued to stab her as Folger cried, “Stop, I’m already dead!” When police found Folger the next day, her white nightgown had turned entirely red to such an extent that police thought it was the original color. 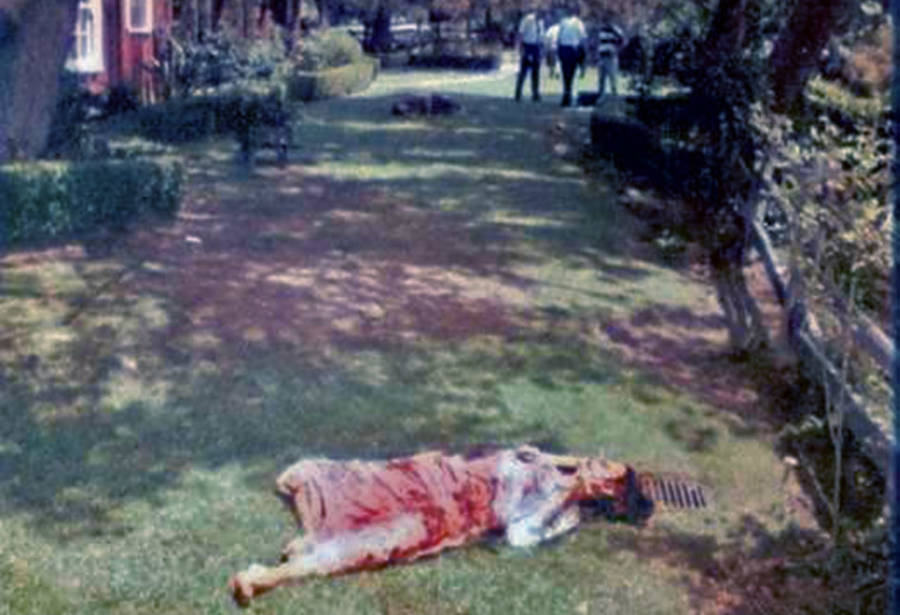 The carnage did not end with the Sharon Tate murders at Cielo Drive. Within 48 hours, Krenwinkel joined Manson and other members of the family at a home in Los Feliz, Los Angeles. According to Krenwinkel, Manson and the cult leader’s right-hand, Tex Watson, entered the house and tied up the inhabitants — a grocer named Leno LaBianca and his wife, Rosemary.

Coming back out of the house, Manson sent Krenwinkel and Leslie Van Houten inside. Manson allegedly told Krenwinkel to “do something witchy.”

Van Houten and Krenwinkel brought Rosemary LaBianca upstairs. As Rosemary pled for the life of her husband, Krenwinkel, Van Houten, and Watson stabbed her with a knife they’d found in the kitchen 41 times. Then, following instructions to do something “witchy” Krenwinkel stabbed Leno LaBianca in the stomach with a fork. Using a rag, she soaked up his blood and then wrote a message on the wall: DEATH TO PIGS and HELTER SKELTER.

As the police began to close in on Manson and his family, Manson ordered Krenwinkel to go to Alabama. She later said that she went to Alabama to escape Manson, but this was likely a doubtful explanation given her behavior before the arrest and during the trial. The police nonetheless arrested Krenwinkel there on Dec. 1, 1969, two days before her 22nd birthday. 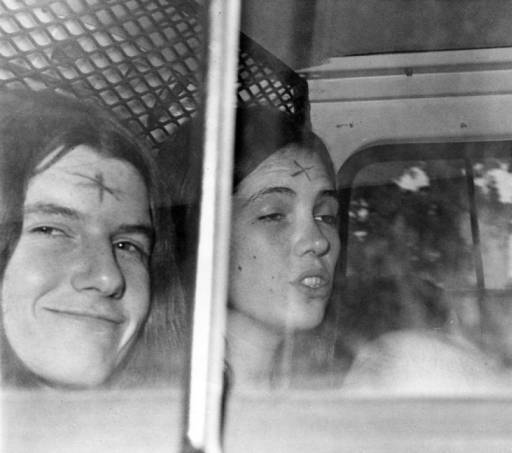 Los Angeles Public LibraryPatricia Krenwinkel, left, with an X carved in her forehead.

Today, Patricia Krenwinkel remains in prison. She is the longest-incarcerated woman in the California penal system. She was initially sentenced to death but the Supreme Court outlawed the death penalty for a time in 1972. As such, she serves nine life sentences instead.

During her trial, Krenwinkel reportedly showed little regret. She shaved her head and carved an X into her forehead in solidarity with Manson. As the trial went on, Krenwinkel sat and drew satanic symbols. When asked if Tate’s pregnancy disturbed Krenwinkel, she replied: “No…I didn’t think about it.”

But as the years wore on, something in Krenwinkel appeared to change. She attributed this to her father who stood by her. “He kept believing in me,” Krenwinkel recalled at her 2011 parole hearing. “His loyalty and his love, his unconditional love and acceptance were the beginnings of the foundation for me to stop and realize what I had become…the monster I became.”

“This is how I look at my life,” she said in the 2014 documentary, My Life After Manson. “It is broken beyond repair.” Interviewed that same year by The New York Times, Krenwinkel described her younger self as “a coward.”