Before there was the Manson Family, there was Kathleen Maddox – Charles Manson's actual family. 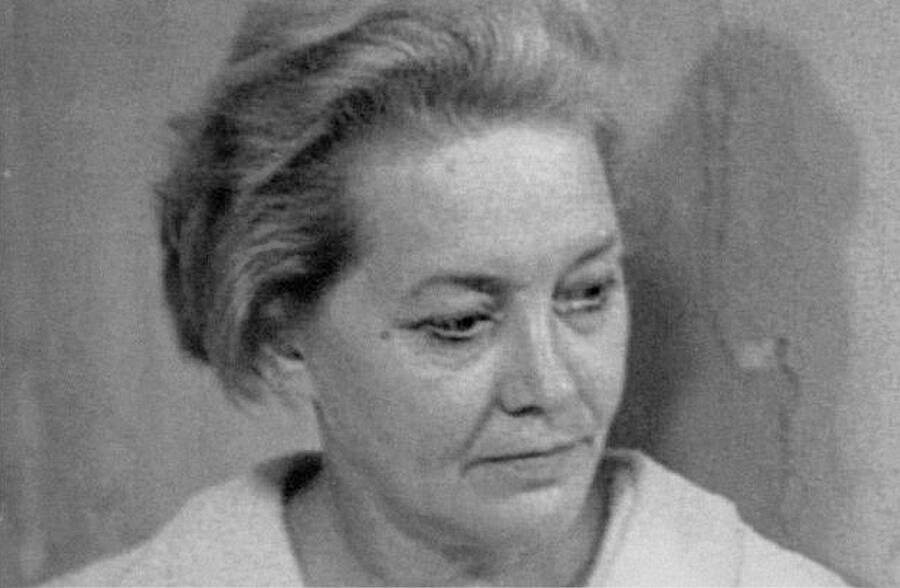 ABC/YouTubeKathleen Maddox in 1971, then remarried as Kathleen Bower.

Infamous cult leader Charles Manson’s mom Kathleen Maddox remains a relatively obscure name — especially when considering the enduring notoriety of her son. Unraveling her story is complicated by the fact that her story often hinges conjecture or contradiction. As she retreated even further from the public after Manson’s conviction, the silence left room for the media to write her narrative themselves.

Seeing as Maddox was considered the mother of a monster, these narratives were usually unflattering. She was labeled an alcoholic and a prostitute and was said to have sold Manson for a pint of beer.

Separating the fact from the fiction isn’t going to be an easy task, but there is one underlying theme in each of these claims: that Maddox’s inept parenting was somehow responsible for Manson’s instability. Let’s explore how accurate that may be.

Ada Kathleen Maddox was born on Jan. 11, 1918, in Kentucky. She was known to family and friends by her middle name, Kathleen, and was the youngest of five. Her father was a railroad conductor and she led a comfortable, average, working-class lifestyle in a highly religious household.

This was unfortunate for the free-spirited Maddox who was known to sneak out and to party against her family’s wishes with her older brother, Luther Maddox. “I guess I had a tendency to be a little wild, the way kids will,” she admitted in a 1971 interview.

Extended family members have reported that Maddox eventually became a runaway from her home in Ashland, Kentucky and that she found work as a prostitute. She was 15 years old when she gave birth in 1934 at Cincinnati General Hospital to her son Charles Manson. According to that same interview Maddox gave in 1971, however, she never was a prostitute, but she had been “a dumb kid,” who gave birth out of wedlock.

Her religious mother allegedly sent her off to Cincinnati herself to have the baby. It was there that she met William Manson and married him in 1934, six months pregnant, to give her child a proper name.

Records from that same year show that the official name given to her child on his birth certificate was in fact “No Name Maddox.” But Maddox defended this decision and insisted that she had wanted to wait until her mother could meet her in Cincinnati so that she could name the child.

“I figured I’d already hurt her pretty had, so I wanted to let her name the baby, you see. So she named him after my father.” Weeks later, that child was renamed Charles Miller Manson.

According to case files reports, Maddox’s relationship with William Manson didn’t last long and he was out of Charles’ young life before Charles could develop any memories of the man whose name he took. They divorced a year later and Maddox moved back home to Kentucky with her mother.

Meanwhile, Charles Manson’s biological father was not entirely out of the picture. Colonel Walker Scott, whom Maddox had met one of those nights she snuck out of her mother’s home, was apparently quite active in young Manson’s life before his death by cancer in 1954. 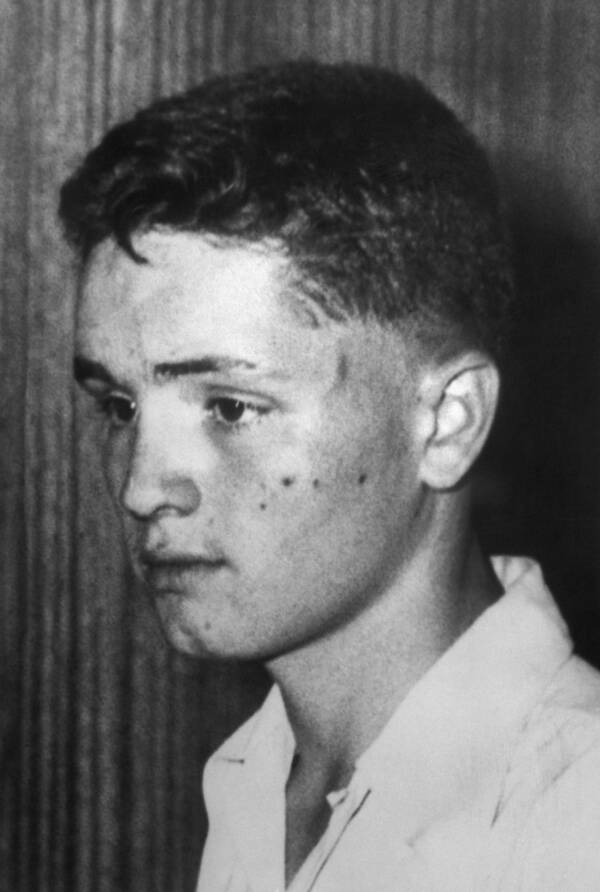 “All that stuff you read about Charles not knowing who his father was, that’s not so. Scott used to come and pick up Charles and take him home for weekends with his own child. He just loved him,” Maddox reported.

But Manson didn’t seem altogether unaware of who his mother really was, at least in his later years. In his book, Manson in His Own Words, Manson wrote of his mother, “Other writers have portrayed Mom as a teenage whore. Because she happened to be the mother of Charles Manson, she is downgraded. I prefer to think of her as a flower child in the 30s, thirty years ahead of her times.”

He added that her reasons for leaving home were no different than the kids he knew in the 1960s, who chose to be homeless over catering to the demands of parents who only viewed things as they believed they should be viewed.

But Maddox did maintain a wild side and one that often found her getting into legal trouble and being separated from her son. She was taken into custody for hitchhiking at 16 and left Manson at home with her parents to go down to West Virginia when he was four. Two years later, Maddox and her brother Luther were arrested for the clumsy robbery of a gas station using a broken ketchup bottle.

In The Absence Of A Mother

While Charles Manson’s mom was in jail, he was sent to live with his aunt and uncle, and when Maddox was released from prison after three years later, she and Manson lived across a variety of hotel rooms for several years.

According to a 2013 biography of Charles Manson by author Jeff Guinn, once Maddox was out of jail her son had already become a petty criminal, stealing and skipping school. Unable to control his bad behavior, Maddox sent him to a Catholic school for delinquents when he was 12 years old. 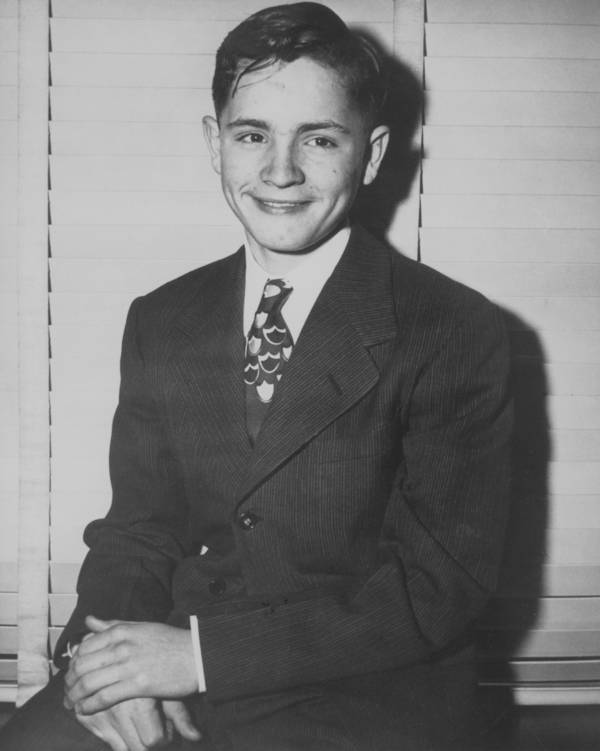 Bettmann / Getty ImagesYoung Charles Manson in a suit and tie.

Manson both successfully and unsuccessfully escaped these reformatories for years until his final break in 1951, during which he stole a car and robbed a gas station, and was eventually sent to a maximum security prison.

The reformatories clearly didn’t make a difference. In 1955 Manson, who had finally earned his freedom the legal way, married his first wife 15-year-old Rosalie Jean Willis with whom he had a son named Charles Manson Jr., but two years later was sent to federal prison after stealing a car in violation of his probation.

Years After The Violence

The rest of Kathleen Maddox’s life is shrouded in even more mystery than her early years. In a 1971 interview, the same year Manson was convicted of first-degree murder for his involvement in the Sharon Tate and LaBianca murders of 1969, Maddox said that she was five years into her third marriage with husbands Gale Bower. She had a nine-year-old daughter and lived a quiet life with few friends.

Though her unstable lifestyle often takes the brunt of the blame for the violence Manson developed, Maddox, for her part, claimed just the opposite. “I think that made him over-confident. He never had to take a fall, not till he was a grown man. Everything just was handed to him, I admit.”

Kathleen Maddox died on July 31, 1973, at age 55 in Spokane, Washington. She is buried at Fairmount Memorial Park. Charles Manson died 44 years later in prison at the age of 83.

When people think of the Manson Family, they naturally think of the murderous cult led by Charles Manson. But once upon a time, he was no-name Maddox and his family was his biological mother, Kathleen Maddox.

If you found this article interesting, check out where the Manson Family members are now. Then, take a look at Spahn Ranch, the deserted film set on which Manson and his “family” squatted in isolation. Finally, read up on Manson Family victim Abigail Folger and answer the question of who did Charles Manson kill.