Meet Ann Hodges, The Only Person To Be Hit By A Meteorite

In 1954, geologists came across the first recorded case of a meteorite colliding with a human being. Ann Hodges had the unfortunate luck of being that person. 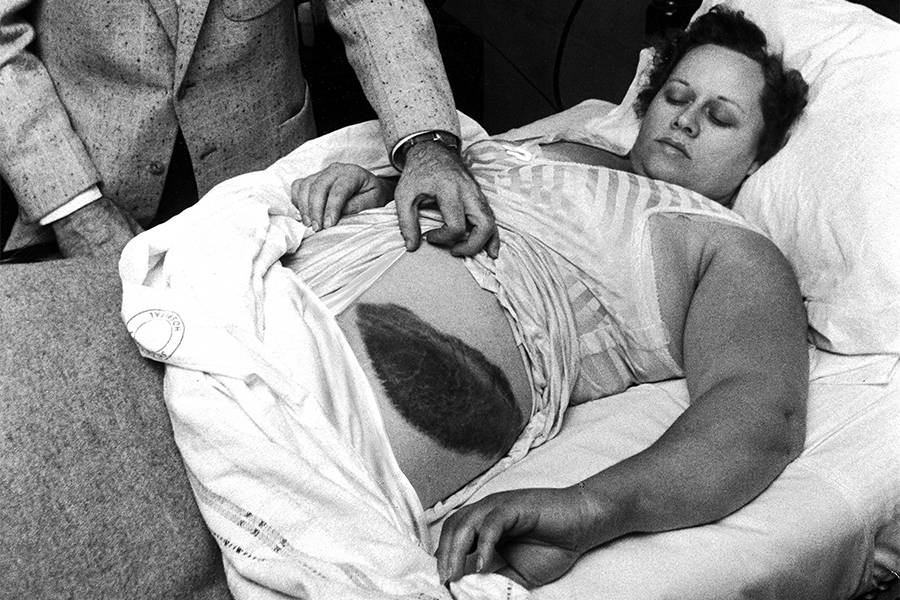 According to astronomers, Ann Hodges had a better chance of getting caught in a tornado, struck by lightning, and swept up in a hurricane all at the same time than she did being hit by a meteorite. But in 1954, it appeared that the odds were in her favor.

In the early afternoon of November 30, Ann Hodges was napping peacefully on her couch when she was awoken by a grapefruit-sized piece of rock slamming into her left side. The rock had crashed through the roof of her Sylacauga, Alabama home, bounced off of her large wooden console radio, and straight into her as she slumbered.

Though she didn’t know it yet, Hodges and her rock were about to become famous: for the first time in history, an extraterrestrial object had collided with a human being on its way down to earth.

The grapefruit-sized rock that had hurtled into Hodges was actually a piece of meteorite. Though Hodges herself had been asleep at the time, other residents of Sylacauga reported seeing “a bright reddish light” streaking across the sky, “like a Roman candle trailing smoke.” Some likened it to “a fireball, like a gigantic welding arc,” followed by explosions and a brown cloud.

Due to the rarity of falling meteorite sightings, the townspeople’s first thought was that a plane had crashed. Some suspected a Soviet attack. A government geologist who had been working at a nearby quarry was called in and determined that the crash was just a meteorite, though that didn’t quell the media storm. Instead, people flocked to Ann Hodges’ door, looking for a piece of the action – and the meteorite.

Miraculously, the meteorite had done little more than bruise Ann Hodges. Though the bruise was quite large, Hodges could still walk. The attention from the media and the townspeople, however, was too much for her to bear and she was quickly transferred to a hospital. 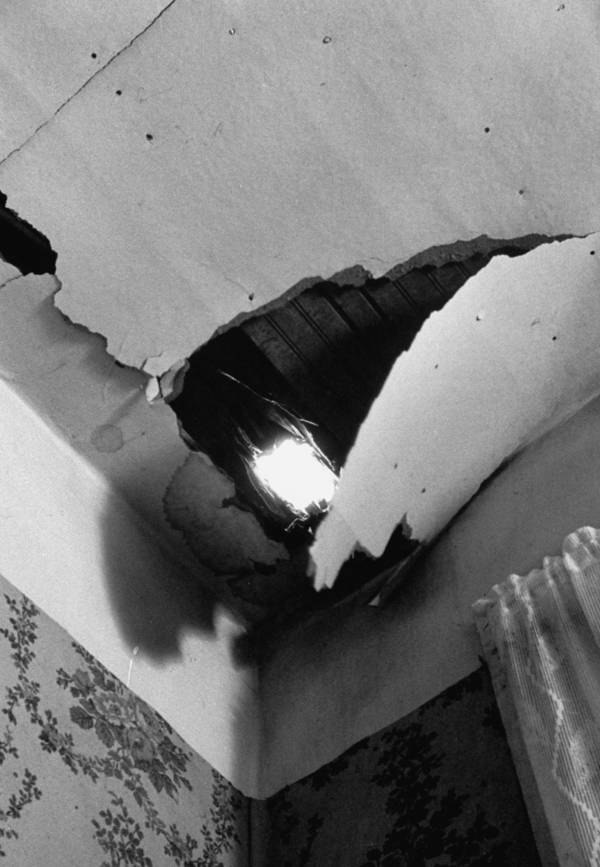 The meteorite itself was confiscated by the police and turned over to the Air Force for a thorough inspection. The geologist had deemed it a meteor, but Cold War tensions were still high, and the police wanted to make absolutely sure that the space rock was nothing more than just that. The Air Force quickly confirmed that it indeed was.

However, upon determining that the meteorite was harmless, a new question arose: what to do with it. The public suggested that Hodges was the rightful owner of the rock, as it had fallen directly on her. Hodges herself agreed, claiming “God intended it for me.”

Unfortunately, Ann Hodges’ landlord, Birdie Guy, believed that God had intended it for her. After all, the Hodges were just renters and the land upon which the meteorite fell belonged to her. She even obtained a lawyer, though she ultimately settled out of court: she agreed to let the Hodges keep the meteorite in exchange for $500.

At first, Hodges and her husband believed that $500 was a small price to pay for such a sought-after item, but soon they realized that the hype around the meteorite had faded. Though they had been convinced it would rake in large sums of cash, the only person interested in the rock was the Smithsonian Institute.

After several years of trying to find a buyer, the couple eventually donated it to the museum. The rock still sits on display there today.

Though her physical health wasn’t deeply affected by the impact, Hodges mental health never quite returned. After the ordeal, Hodges became overwhelmed by the media attention and suffered a nervous breakdown. In 1964, she and her husband separated, and in 1972 and only 52 years old, she died in a Sylacauga nursing home.

To this day, Ann Hodges remains the only human to ever be hit by a meteorite, a record none are too eager to match.

After learning the story of Ann Hodges, check out King Tutankhamun’s dagger, which was made from a fallen meteorite. Then, read about Clay Shaw, the only man ever tried for the assassination of John F. Kennedy.