Charles Manson's first wife, Rosalie Jean Willis, seemed doomed from the get-go. All three of her children died before she did — while Charles Manson lived to see old age.

Charles Manson may be considered an inhuman monster to many, but America’s most infamous cult leader was once a seemingly normal, married man. Before The Beatles inspired his “Helter Skelter” race-war mantra and before the horrific Sharon Tate murders came to fruition, Charles Manson was just someone’s husband. Charles Manson’s wife, or first wife that is, probably could not have foreseen that their marital bliss would give way to violent chaos. 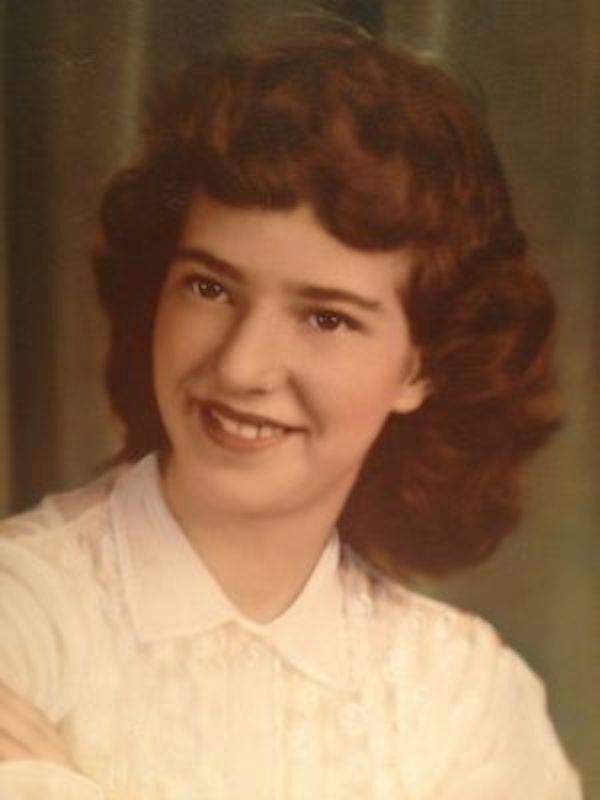 TwitterRosalie Jean Willis was a 15-year-old hospital waitress when she met the future cult leader.

It’s often said that the freewheeling hippie era of the 1960s came to a sordid, violent end when the Manson Family butchered five innocent people on Cielo Drive one August night in 1969. The momentum of optimism and positive energy that saw an entire generation rise up against the old guard was carved up and silenced that night in the Hollywood hills.

But before this tragic shift gave way to the 1970s, Vietnam, and Richard Nixon, the 1950s saw even people like Charles Manson live seemingly traditional lives. In 1955, the notorious would-be satanist stood at the altar and became an honest man.

In 1955, when white picket fences comprised the country’s spiritual aesthetic, Charles Manson married Rosalie Jean Willis. According to Heavy, the young hospital waitress was only 15 years old when she said “I do” to then-20-year-old Manson.

Willis came from a family which settled in Benwood, West Virginia. Born on Jan. 28, 1937, her parents split when she was still young. Willis was one of three girls and a brother and worked as a waitress in a hospital. Sometime in the early ’50s, her father a coal miner befriended a young man who had moved to Charleston, West Virginia with his mother Kathleen Maddox. His name was Charles Manson, who was then 20 years old. The two were married within the year on Jan. 17, 1955. 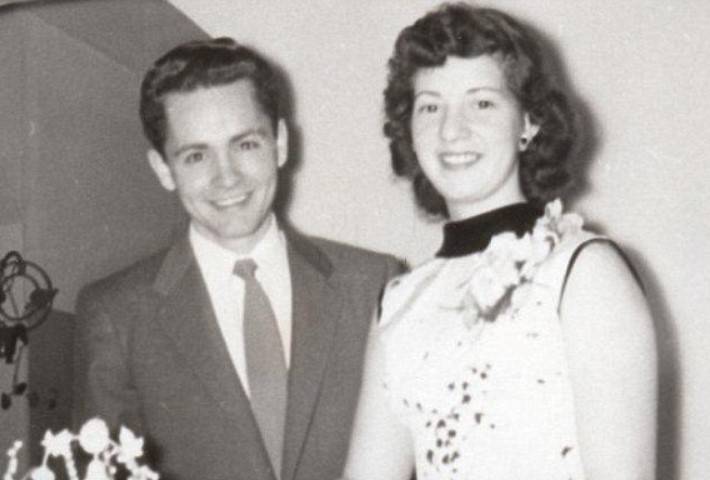 TwitterCharles Manson’s wife, Rosalie Jean Willis, met him when she was 15 years old. After their marriage in 1956, Willis gave birth to Charles Jr. while Manson was in prison.

When Rosalie Jean Willis was three months pregnant, the newly-married couple moved to Los Angeles where Manson supported his small family by stealing cars and working odd jobs across town. “It was a good life, and I enjoyed the role of going off to work every morning and coming home to my wife,” Manson once said, “She was a super girl who didn’t make any demands, but we were both just a couple of kids.”

Willis reportedly knew her young husband had a criminal past, but she believed that could change him. Unfortunately, that proved impossible. Manson was soon arrested for having taken a stolen vehicle across state lines, which is considered a felony — one that landed him in Terminal Island prison in San Pedro, California after failing to appear in court.

Willis had only been married for a year and was now handling her pregnancy alone. 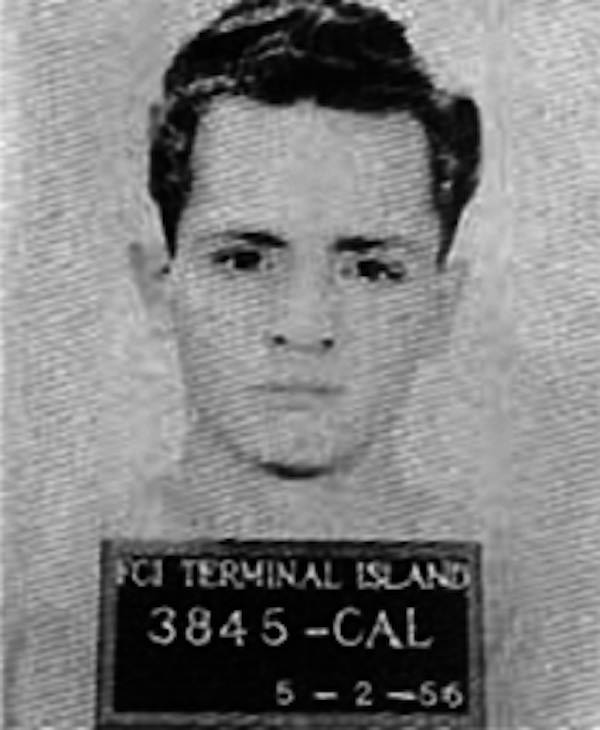 Charles Manson Jr. was born in 1956. Thankfully, Rosalie Jean Willis’ mother-in-law graciously supported the single mom while her husband was incarcerated. Together, the three frequently visited the newfound criminal in prison, but this difficult, unexpected situation wasn’t tenable for Willis in the long run. In March 1957, Maddox revealed to her son that Charles Manson’s wife had moved in with another man. The visits to prison ended here and resulted in a seemingly inevitable divorce the following year.

As for Charles Manson Jr., the boy was only 13 when the Tate murders shocked the nation. He’d spend the rest of his short-lived life trying to distance himself from his father’s shadow but tragically failed to overcome that trauma. He shot himself in the head when he was 37 years old. 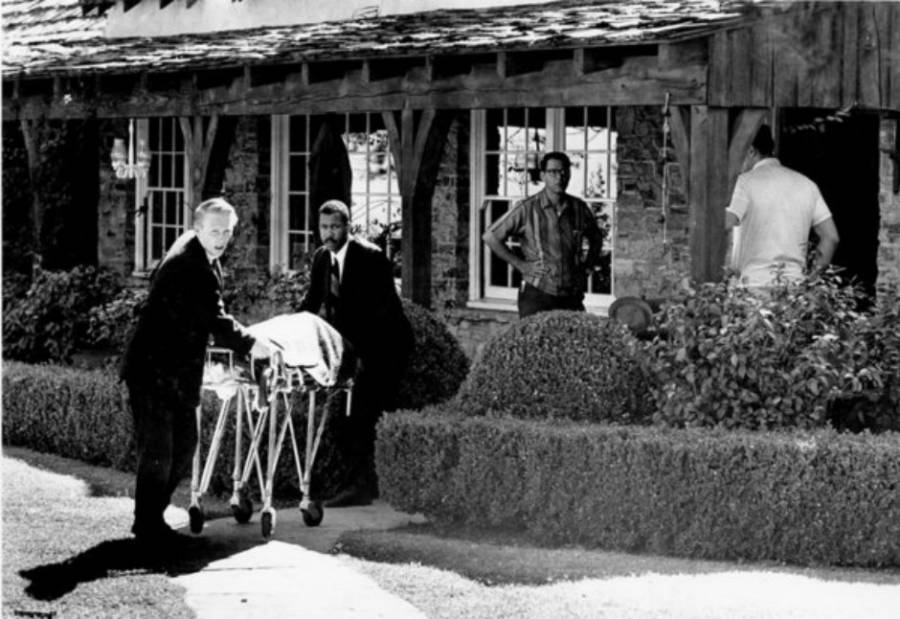 Police HandoutA body of one of the five Manson family victims is wheeled out of the Tate home.

The man Willis had been living with — Jack White — soon became the single mother’s second husband. They had two more sons together: Jesse J. White was born in 1958, while his brother Jed was born the following year. Charles Manson Jr. eventually changed his name to Jay White after his new father.

In contrast to her brief marriage to Manson, this second union with White spanned quite a few years for Rosalie Jean Willis. Ultimately, however, this promising marriage ended in divorce in 1965. Willis eventually gave marriage another chance when she married Warren Howard “Jack” Handley.

For a few good years, Willis managed to live a normal, perfectly happy life. The tides tragically turned, however — as though she were doomed. All three of her children died while she was alive and none of them died from natural causes.

Charles Manson Jr. changed his name to unchain himself from the Manson name.

11-year-old Jed’s death in January 1971 was a complete accident. He was playing with a friend in the home of a Louis Morgan when his 11-year-old friend shot him in the gut.

Jesse followed. When he was 28 years old, a friend discovered him dead in a car. The two had been drinking at a Houston, Texas bar all night, and left on seemingly innocuous terms. Unfortunately, Jesse had a drug habit which ended in an overdose that night.

Meanwhile, Willis suffered somewhat from the gossip that necessarily accompanied being the ex-beau of Charles Manson. Her son who had his name was quick to inform others as to who his father was. Word allegedly spread and Willis was often treated as an outcast by her coworkers. Simultaneously, however, Charles Manson Jr. had difficulty grappling with who his father was.

Charles Jr. — Willis’ and Manson’s first-born son — died six years later. The 37-year-old had been plagued by the truth that his flesh and blood was that of Charles Manson, the psychopathic thorn in America’s side. 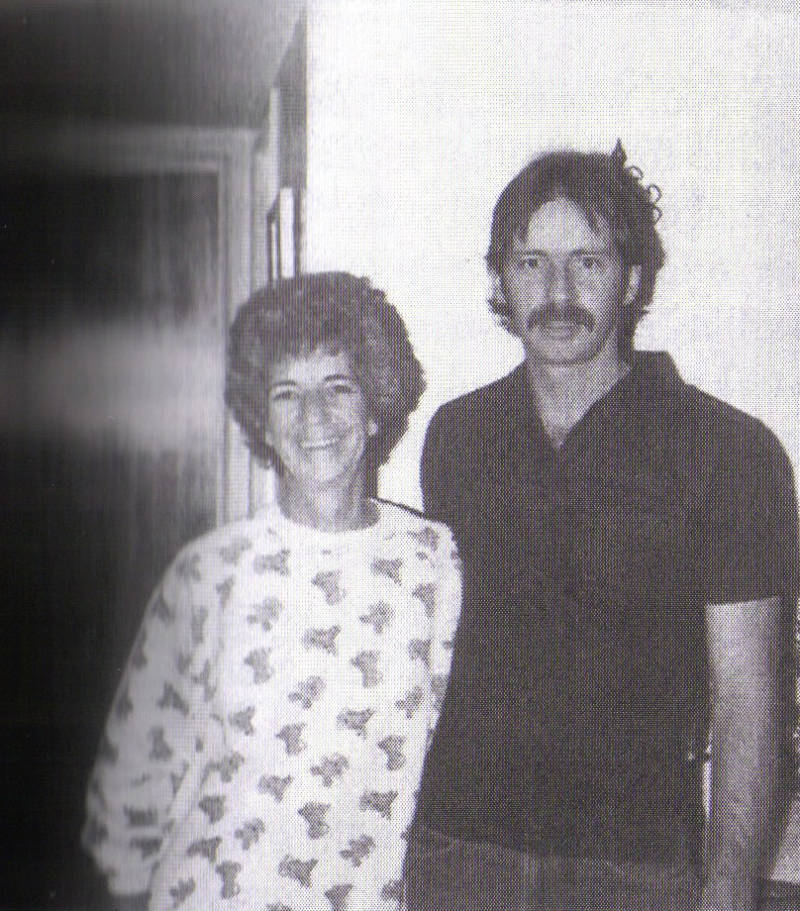 TwitterRosalie Jean Willis with her son, Charles Manson Jr., who had changed his name to Jay White. Date unknown.

In 1993, he took his own life on the side of a highway in Burlington, Colorado near the Kansas state line. While alive, he actively distanced himself from his son because he feared becoming a damaging figure to him as Manson had been to him when he was young.

In the end, he shot himself in the head — leading Rosalie Jean Willis to outlive all three of her children.

The Legacy Of Rosalie Jean Willis

On a brighter note, Charles Jr.’s son, Jason Freeman, successfully managed to overcome his familial demons and pave his own way. Willis’ grandson has since become a kickboxing cage fighter who “came out” as a descendant of the cult leader in 2012 in order to destigmatize the Manson name.

While his own family ordered him never to mention Charles Manson during his childhood, Freeman was desperate to break the “family curse” and express how he wanted nothing more than for his late father to have been able to reconsider suicide before pulling the trigger.

A 700 Club interview with Jason Freeman, who is Charles Manson and Rosalie Jean Willis’ grandson.

Handley died in 1998. Rosalie Jean Willis lived for another 11 years before passing on herself. Much about the people in Manson’s life — even those at one point closest to him, such as Willis — remains unknown.

A work colleague of hers in the 1970s, however, revealed that she was extremely personable and had a tremendous sense of humor. Fortunately, her grandson Jason Freeman can carry on her legacy and live a good life for all the Manson kids who were too troubled to continue on themselves.

After learning about Charles Manson’s first wife, Rosalie Jean Willis, look into the life of another one of his children, Valentine Michael Manson. Then, check out 16 Charles Manson quotes that are weirdly thought-provoking.