Under the proposed law, suspects in Hong Kong, where people enjoy far more civil liberties, could be sent to trial in mainland China, where freedoms are much more restricted. 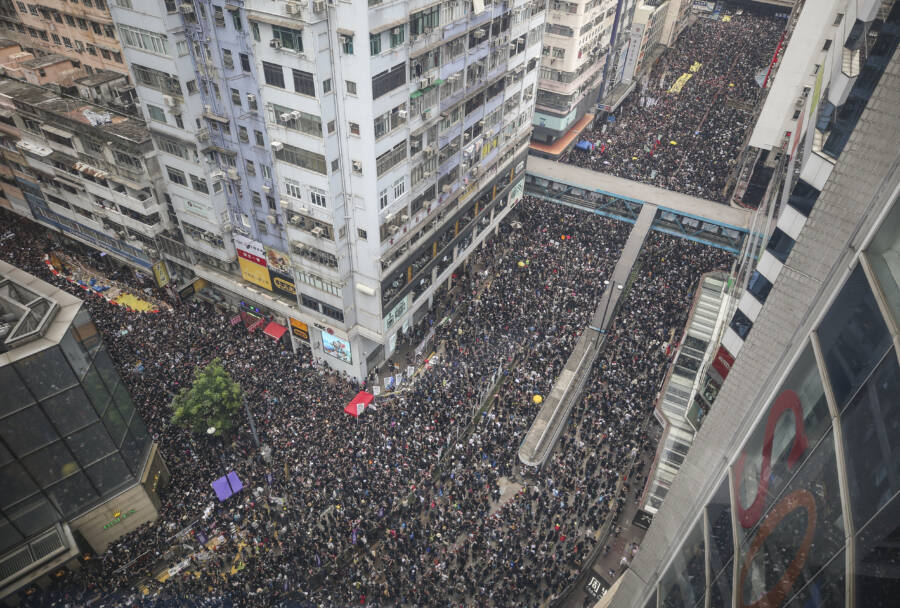 A controversial government proposal to expand Hong Kong’s extradition laws has drawn an estimated two million people — more than a quarter of Hong Kong’s total population — to the streets in protest. According to Quartz, the amendment would — in a historical first — facilitate the extradition of suspects to mainland China. In effect, the people of Hong Kong, who enjoy much broader freedoms of expression and speech, would be subject to mainland China’s much more restrictive laws.

Two sites, ThisAv and AV01, displayed messages on their landing pages that criticized Hong Kong officials using curse words and sexually explicit references. ThisAV initially urged its visitors to attend the “life or death” protests on June 9 instead of “jerking off at home.”

Three days later, tens of thousands of protesters did attend and chose key government buildings as their targets. They peacefully disrupted traffic and the normal flow of business in and out of central Hong Kong to make matters clear: this law is not what we, the people, want.

In a humble and straightforward tweet, the founder of ThisAV asked the media not to portray their business as “some kind of conscientious website,” as that does a disservice to “other companies that are truly conscientious.”

A CNN segment on the growing Hong Kong protests.

The founder, who has chosen to remain anonymous, explained that their actions merely allowed for what “most Hong Kong people are thinking” to have a larger platform. Local Chinese newspaper, Apple Daily, reported that this isn’t the first time ThisAV has lent a hand to regional pro-democracy movements.

AV01, meanwhile, said it was merely following suit by suspending operations. Its landing page urged visitors who might usually avoid confrontation to reconsider and go outside.

According to The New York Times, protestors returned to the streets on Sunday with an even longer list of demands — confident the groundswell of support has given them an upper hand. Hong Kong Chief Executive Carrie Lam put the controversial extradition bill on hold on Saturday and apologized. 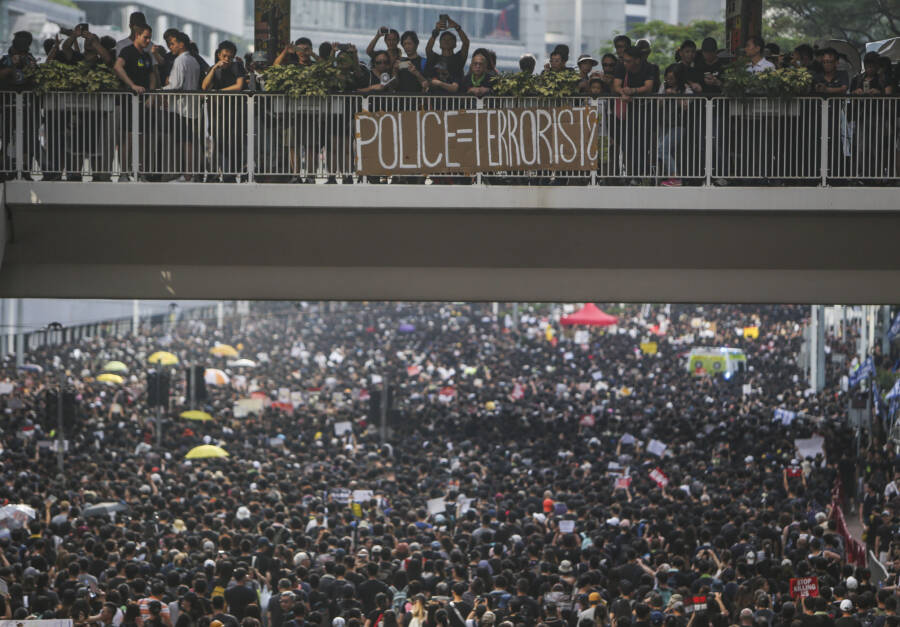 In the end, the outcome here remains fairly uncertain. Will Lam resign? Will the bill be officially withdrawn? Nobody knows. What is clear, however, is that Hong Kong’s citizenry is resilient and determined.

“They want to send a message to Beijing,” said Willy Lam, a professor at the Center for China Studies at the Chinese University of Hong Kong. “If Beijing wants to do something that really infringes upon Hong Kong’s basic value, Hong Kong people will turn out in force, again and again, to pour out their discontent.”