Susan Atkins fell in love with Charles Manson the minute she met him in San Francisco. She loved him so much, in fact, she obeyed his orders to kill.

Susan Atkins is the one who killed Sharon Tate — at least that’s what she claimed in court. In a confession that shocked the world, she described the moment she killed the rising Hollywood starlet:

“I was alone with that woman. [Sharon Tate]. She said, ‘Please don’t kill me,’ and I told her to shut up and I threw her down on the couch.” 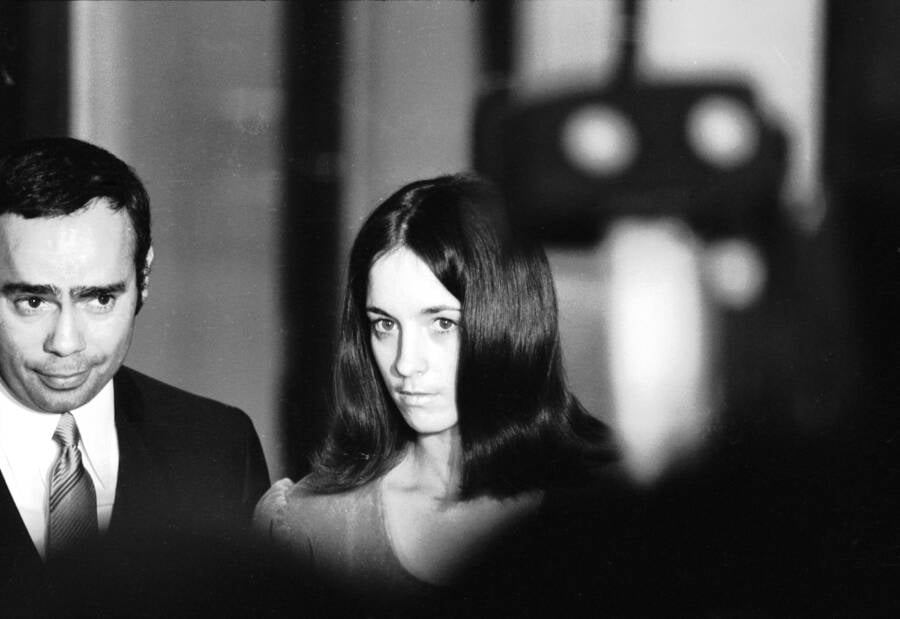 But what else do we know about the life of Susan Atkins, one of Charles Manson’s most devoted followers?

From Childhood Tragedy To The Streets Of San Francisco

Susan Atkins had a complicated childhood.

Born Susan Denise Atkins on May 7, 1948, to middle-class parents, she grew up in Northern California. Her parents were alcoholics and she later claimed that she was sexually abused by a male relative. 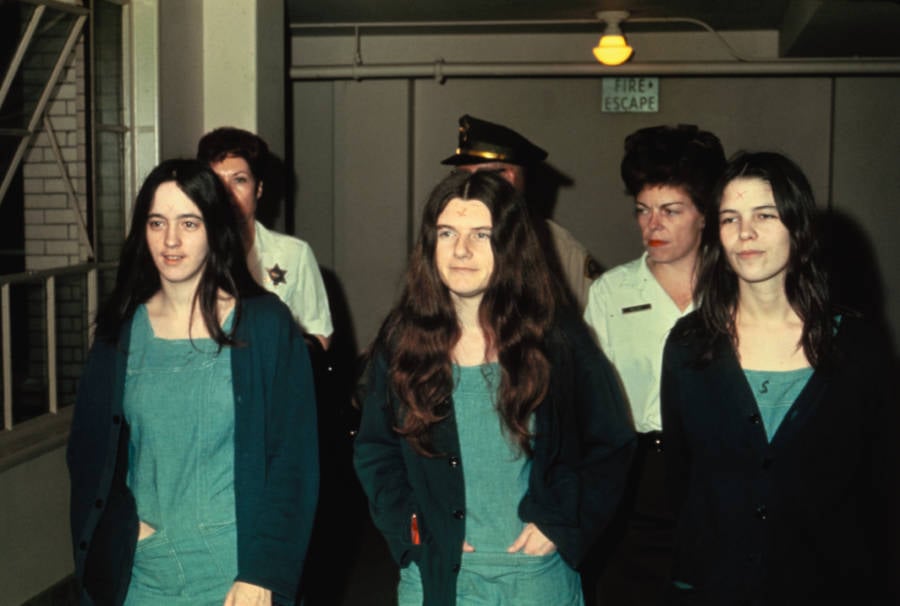 When she was 15, her mother was diagnosed with cancer. Atkins — in an act that belies her now-murderous reputation — gathered friends from her church to sing Christmas carols under her mother’s hospital window.

The death of Atkins’ mother emotionally and financially devastated the family, and Atkin’s father often left his children with relatives while he looked for work.

Lacking a primary caretaker and mourning the death of her mother, Atkins’ grades began to slump. She decided to drop out of high school and move to San Francisco. There, Susan Atkins stumbled onto a path that would lead her to Charles Manson: one entangled with crime, sex, and drugs.

Out on her own, Susan Atkins fell in with two convicts and participated in several robberies, spent a few months in prison in Oregon, and performed as a topless dancer to make ends meet.

At 19, Susan Atkins met Charles Manson. Since dropping out of high school she had bounced from place to place and from job to job. Lost and looking for meaning, she seemed to find it in the slight, dark-haired man who appeared at the house where she was living with dope dealers. He whipped out his guitar and sang “The Shadow of Your Smile.”

Michael Ochs Archives/Getty ImagesCharles Manson at his trial in 1970.

“His voice, his manner, just more or less hypnotized me — mesmerized me,” Atkins later recalled. To her, Manson “represented a Jesus Christ-like person.”

Manson remembered Susan being at the house. “Susan introduced herself to me, saying how much she loved listening to my music,” he wrote in his book, Manson in His Own Words. “I politely thanked her and the conversation continued. A few minutes later we were up in her room making love.”

Over the next few days, Manson introduced Susan Atkins to other women in his orbit: Lynette Fromme, Patricia Krenwinkel, and Mary Brunner. They had a plan: to buy a bus, paint it black, and travel around the country.

Atkins, with nothing to lose and nowhere to go, eagerly agreed to come along. She officially became part of the “family” and set out on an irrevocable path that would lead to some of the most heinous crimes in American history.

Ralph Crane/The LIFE Picture Collection/Getty ImagesThe Spahn Ranch in the San Fernando Valley where Susan Atkins and the rest of the Manson Family dwelled in the late 1960s.

Charles Manson changed her name from Susan Atkins to “Sadie Mae Glutz” to “kill her ego.”

At first, life with Manson seemed idyllic. The “family” settled at Spahn Ranch outside Los Angeles, isolated from the rest of society. Susan Atkins gave birth to a son — Manson, not the father, helped deliver the baby and instructed Atkins to name him Zezozose Zadfrack Glutz. The baby was later removed from her care and adopted.

The Murder of Gary Hinman

Susan Atkins’s quest for love and belonging spiraled into a life of murder. Just weeks before the infamous Tate-LaBianca murders, Atkins participated in the torture and killing of Gary Hinman, a musician, devout Buddhist, and a friend of the Manson clan. 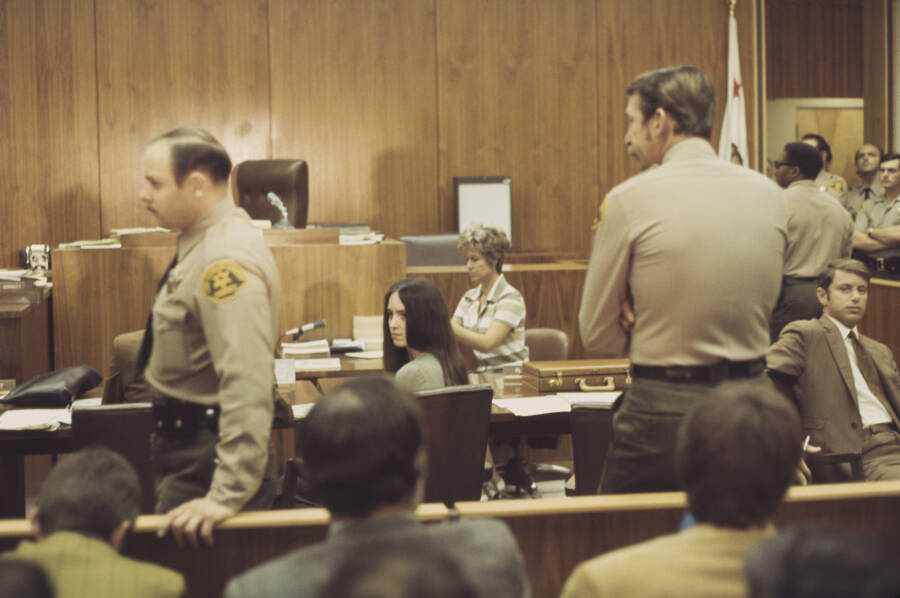 Michael Ochs Archives/Getty ImagesSusan Atkins at a 1970 court hearing for the murder of Gary Hinman.

Manson dispatched Family members Atkins, Mary Brunner, and Bobby Beausoleil to torture Hinman in the hopes of getting his inheritance money. Hinman had sold the Manson Family bad mescaline and they wanted payback.

When Hinman refused to cooperate, Manson arrived on the scene and slashed Hinman’s face with a samurai. For three days the Family kept him alive — Atkins and Brunner stitched up his face with dental floss — and tortured him.

Finally, after three days, Beausoleil stabbed Hinman in the chest and then he, Atkins, and Brunner took turns holding a pillow over his face until Hinman died.

Hoping to cast blame on the Black Panthers for the murder and incite Manson’s race war, Beausoleil wrote “Political Piggy” on the wall with Hinman’s blood, next to a paw print.

Susan Atkins And The Tate Murders

On the night of August 8, 1969, Susan Atkins participated in the murders of Sharon Tate, Abigail Folger, and three others. She accompanied Patricia Kernwinkel, Charles “Tex” Watson and Linda Kasabian to Tate and Roman Polanski’s home on Cielo Drive. 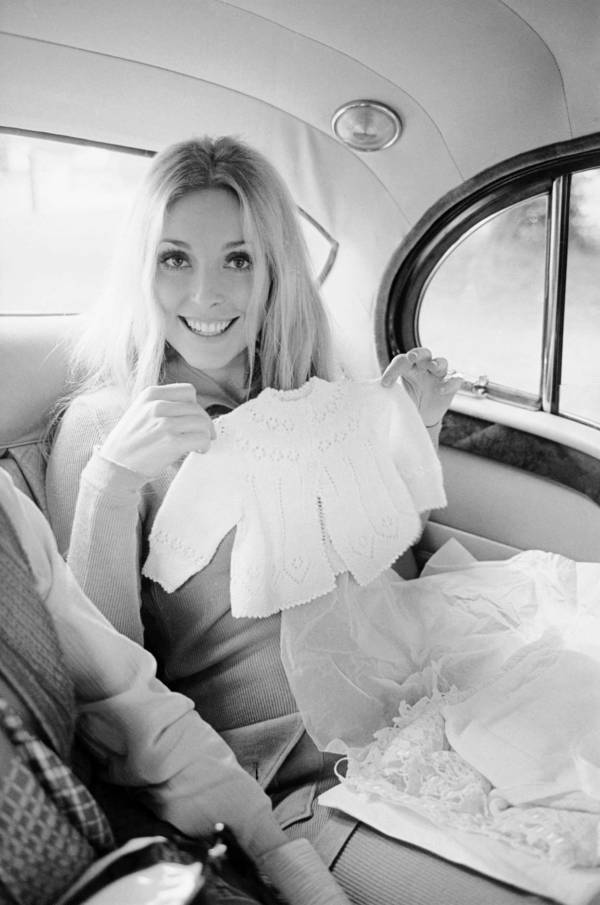 Terry Oneill/Iconic Images/Getty ImagesSharon Tate was eight months pregnant when she was murdered. After being stabbed 16 times, she was strung over a rafter with a rope. The other end of the rope was tied around her ex-boyfriend’s neck.

Kasabian remained in the car while Kernwinkel, Watson, and Atkins snuck into the house. There, they gathered everyone in the living room and the carnage began.

Atkins, instructed to kill Wojciech Frykowski, managed to tie his hands but froze before she could kill him. He got loose and the two of them scuffled — Atkins stabbed him in what she later claimed was “self-defense.”

As the scene dissolved into panicked calamity, Atkins held down Sharon Tate. In Susan Atkins’ grand jury testimony in 1969, she recalls saying to Tate, who pled for her life and the life of her unborn baby.

“Woman, I have no mercy for you,” Atkins told her — though Atkins claimed she was talking to herself.

In her grand jury testimony, she said she held Tate down while Watson stabbed Tate in the chest.

In her trial testimony, however, in 1971, Atkins testified that she killed Tate herself, although she later recanted her testimony.

As they left the house, Watson instructed Atkins to go back inside. According to her testimony, he wanted her to write something that would “shock the world.” Using a towel dipped in Tate’s blood, Atkins wrote: “PIG.” 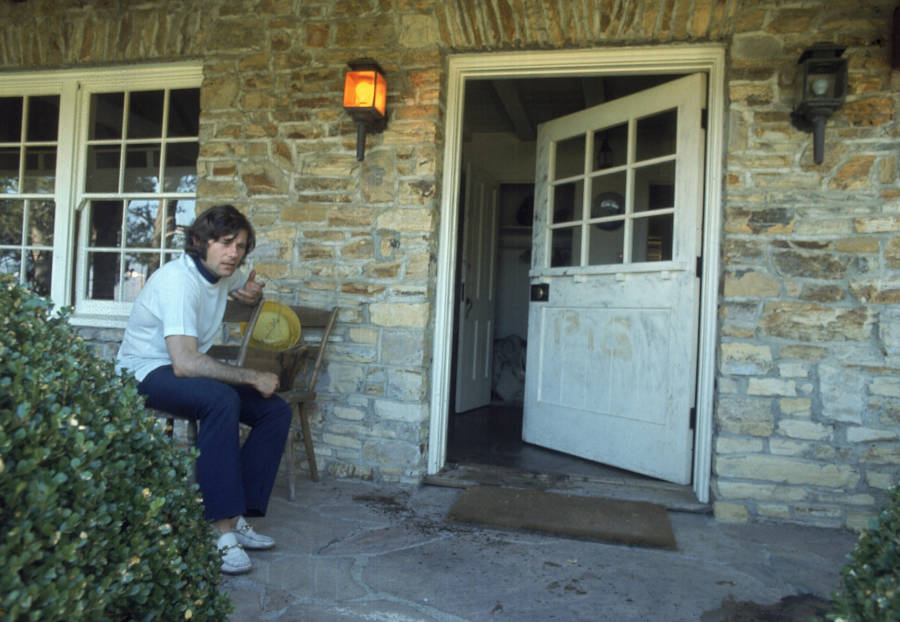 Julian Wasser/The LIFE Images Collection/Getty ImagesRoman Polanski, husband of Sharon Tate, sitting on the bloodied porch outside his home after his wife and unborn child were murdered by Susan Atkins and other Manson Family members. The word “PIG” can still be seen scrawled on the door in his wife’s blood.

A couple of days later, Atkins accompanied others — Watson, Manson, Kernwinkel, and Leslie Van Houten — to the home of Leno and Rosemary LaBianca. The LaBiancas would also be murdered by the Manson Family. Atkins, however, stayed in the car during the killings.

After The Manson Murders: Prison, Marriage, and Death

In October 1969, Susan Atkins was arrested for the murder of Gary Hinman. In prison, she pulled the string loose to the rest of the Manson killings: Susan Atkins boasted to her cellmates that she was the one who killed Sharon Tate — and tasted her blood.

In a television interview five years into her prison sentence, Susan Atkins described what happened on the night of the Tate murders.

Initially sentenced to death, the abolition of the California death penalty condemned Atkins to life in prison. She became a born-again Christian and married twice.

Atkins was denied parole 12 times, even after she became gravely ill with brain cancer that paralyzed most of her body and resulted in the amputation of one of her legs.

Susan Atkins died in prison on September 24, 2009. According to her husband, she left the world with a simple last word at odds with her helter-skelter life of crime: “Amen.”