With the help of Charles Manson, Bobby Beausoleil went from just another struggling actor and musician to a world-famous murderer. 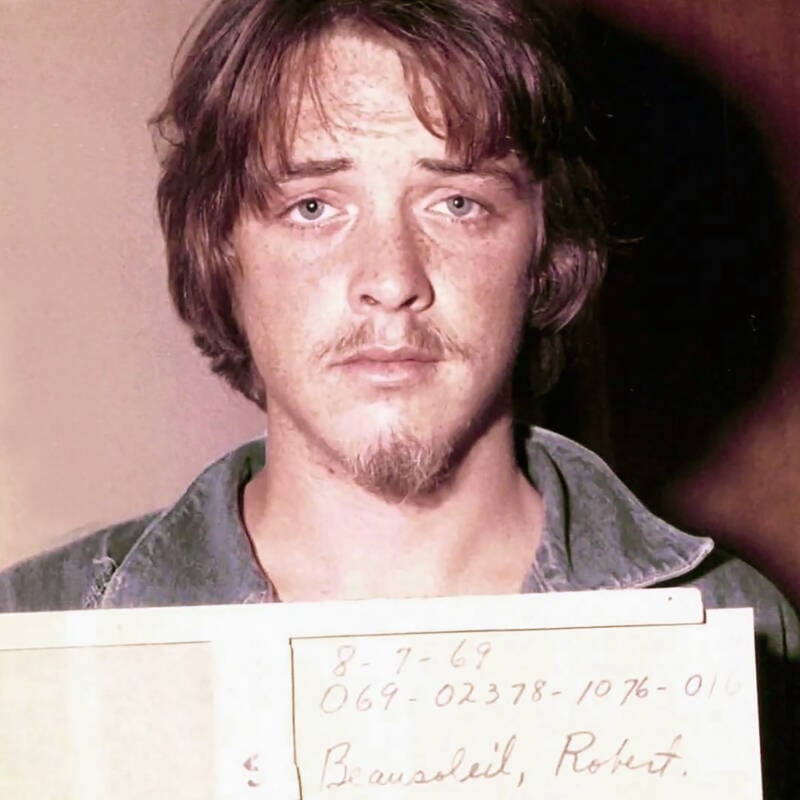 Bobby Beausoleil was arrested for the murder of Gary Hinman at the request of Charles Manson on August 7, 1969.

Though he wasn’t involved in the murders of actress Sharon Tate and her houseguests as well as the wealthy LaBianca couple, Beausoleil did kill in Manson’s name. Once a handsome punk with a juvie record and some acting chops, the angelic-looking felon — whose very name loosely translates to “beautiful sun” — was eventually sentenced to life imprisonment even before the most famous Manson crimes were even committed.

Bobby Beausoleil: Born To Be Wild

Robert Beausoleil’s childhood was fairly normal like most of the Manson Family members.

Born in 1947 to a working-class French Catholic family in 1940s California, Bobby Beausoleil’s father supported them as a milkman before working his way up the ladder. Despite his sunny name and angelic looks, Beausoleil’s youth was full of petty antics and infractions which eventually resulted in a year of reform school when he was 12. 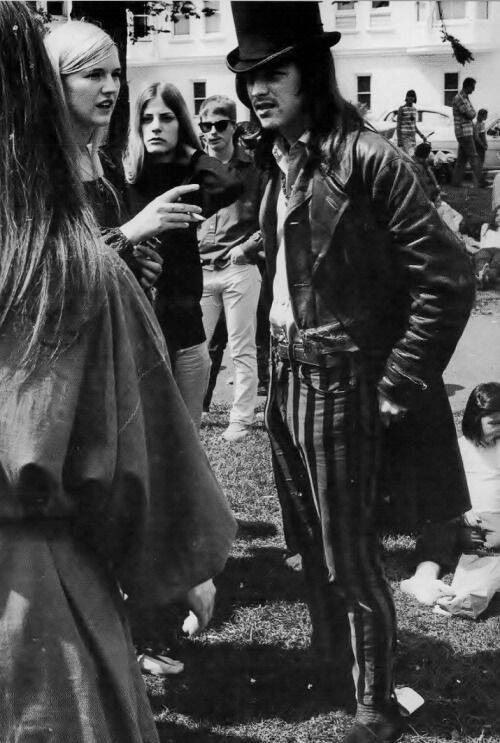 He then drifted to the Counter-Cultural capital of the World in 1960s San Francisco and specifically to the Haight-Ashbury neighborhood. There he lived with alternative filmmaker Kenneth Anger, and Beausoleil consequently fell into the film industry.

His early forays into film, however, included pornographies. Then Anger cast Bobby Beausoleil as Lucifer in his underground film Lucifer Rising, among some of Beausoleil’s other bit parts. The eeriest thing he starred in, however, was the documentary Mondo Hollywood. Today the subject matter seems a bit trite as the documentary follows the swell of the hippies and “freaks” of the Counter Culture and their “perversities” like drug use and homosexuality.

Alongside a pouty young Beausoleil in this film was none other than Jay Sebring, a celebrity stylist, and future Manson Family victim in the 1969 Manson murders.

According to Beausoleil, he met Charles Manson in Los Angeles in the mid-60s when the cult leader was freshly released from prison. With his piercing stare and shoulder-length mop, Manson looked a bit like a biblical prophet to a bohemian like Beausoleil. 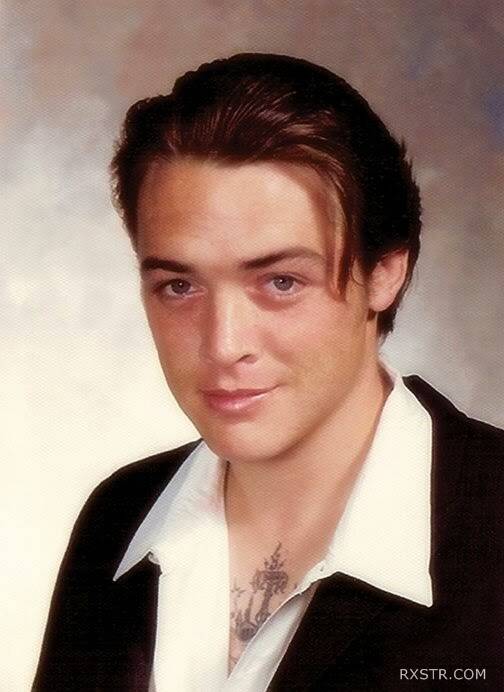 rxstrBefore he took mugshots, Beausoleil took headshots like this.

According to Beausoleil himself, the “Manson Family” was a term established only after the fact. Before that, there were just “a bunch of girls, a few guys, a couple of ex-cons, a bunch of kids, some runaways with no support from home, and they were living in a garbage dump called the Spahn Ranch.”

Audio of a BBC interview with Bobby Beausoleil in the ’90s.

Bobby Beausoleil described their relationship as something of a bromance. They would jam together with their shared love of music, fool around off-roading, and camp together. They’d also share sexual experiences from time to time with the same woman or women. Men were drawn to Manson because women were drawn to Manson — that was one way he maintained loyalty from members like Beausoleil.

Beausoleil wasn’t present for the most infamous of the Manson Family murders, a.k.a. the gruesome slaying of Sharon Tate and the LaBiancas since he was already locked away for the murder of musician Gary Hinman.

Gary Hinman was something of a friend to the Manson Family while also being a UCLA philosophy Ph.D. candidate, musician, and alleged part-time drug dealer. By some accounts, he had a mescaline factory operating out of his basement. Beausoleil claimed in a 1981 interview that while he and Hinman had never been close, he had stayed at the musician’s house for a short while before his murder. 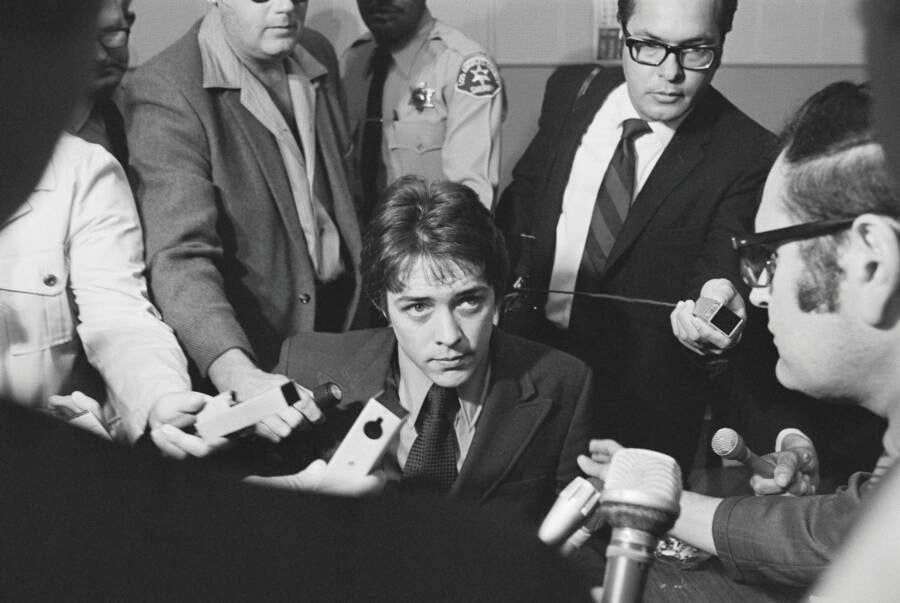 rxstrBobby Beausoleil talks with newsmen after the jury returned a verdict against him of first-degree murder in the torture slaying of musician Gary Hinman.

On July 25, 1969, Beausoleil took Mary Brunner and Susan Atkins to Hinman’s home. The girls had said that they wanted to hang out with Hinman while Beausoleil went over some business with him. According to Beausoleil, the trip was meant to confront Hinman about a $1000 rip-off he committed against some bikers involving some bad mescaline.

Brunner’s later testimony claimed that it was to punish him for not joining the family, but Beausoleil insisted that nobody went to Hinman’s home that night with the intention of killing him.

Whatever the reason, Hinman was found dead six days later, his body stabbed multiple times in the heart, and the words “Political Piggy” were scrawled on the walls in his blood. At one point, Charles Manson had allegedly come by to show Beausoleil how to properly deal with Hinman and slashed him on the ear with a samurai sword. 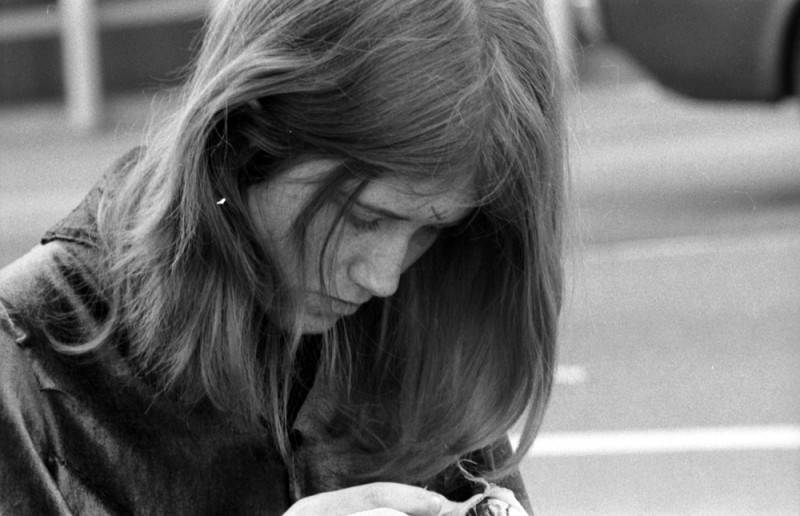 Beausoleil would later say that the slash came from a scramble between Hinman and Atkins for a gun. Either way, he and the girls tried to stitch Hinman up with dental floss, but when Hinman had threatened to go to the cops once the Manson devotees left, Beausoleil reported that he felt he had no choice but to kill the man. He stabbed Hinman in the heart twice.

After the dark deed, Beausoleil was found on asleep in the backseat of Hinman’s stolen car en route to San Francisco. It was Aug. 5, 1969, just three days before the Tate-LaBianca massacre.

The Trial And Sentencing Of Bobby Beausoleil

Beausoleil’s trial for the murder of Gary Hinman began in November 1969 and ended initially with a hung jury. His then-girlfriend, 17-year-old Kitty Lutesinger pregnant with their daughter, testified against him.

In 1970, he was sentenced to life imprisonment for first-degree murder and the prosecution asked for the death penalty. He narrowly avoided this when the death penalty was ruled unconstitutional in 1972. Bobby Beausoleil has been in prison in both Oregon and California since he was 22 years old. 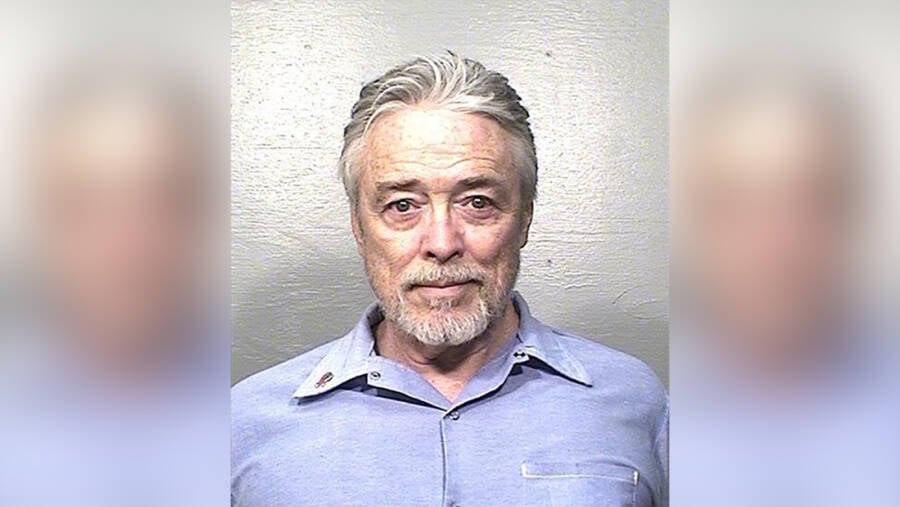 Despite this, Beausoleil’s life has in some ways continued on. He married behind bars and fathered four children. Truman Capote even worked with him on a piece called “Then It All Came Down,” which Beausoleil later decried.

He has published erotica and recorded music professionally. In fact, the latter is a major reason he was denied parole in 2019. The profits of his music, sold without cooperation from his prison, counted against him at his hearings.

According to Debra Tate, sister to Sharon and a victim’s rights advocate who asked: “If he can’t play by the rules in place within prison, how can he play in a free society?”

For now, it seems he won’t get the chance to anyway.

After this look at Bobby Beausoleil, learn more about the Charles Manson mythos and his little-known wife Leona.