Just days before the Tate-LaBianca murders, a musician named Gary Hinman opened his home to members of the Manson Family — and was brutally murdered for it. 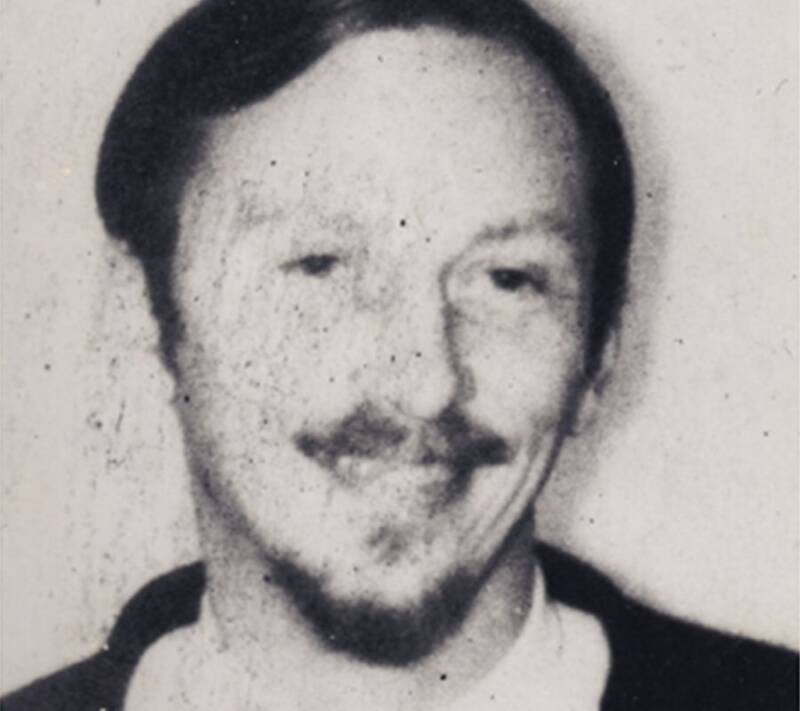 Public DomainGary Hinman was just a “lost artistic soul” before he became the first murder at the hands of the Manson Family.

“Fear is not a rational emotion and when it sets in. Things get out of control — as they certainly did with Charlie and me.” These are the words spoken by Manson “Family” member Bobby Beausoleil as he recalled the moment when cult leader Charles Manson ordered him to kill a man whom he considered a friend: Gary Hinman.

In 1969, just a few weeks before the infamous Manson murders of actress Sharon Tate and supermarket mogul Leno Labianca, Manson ordered his follower Bobby Beausoleil to kill his friend Gary Hinman, an act which would propel the Family past the point of no return, and into the darkest depths of humanity.

Indeed, it would be the murder of 34-year-old musician Gary Hinman that escalated the Manson Family from a borderline-creepy group of free-loving young people to a crazed collection of mindless mass murderers.

Who Was Gary Hinman? 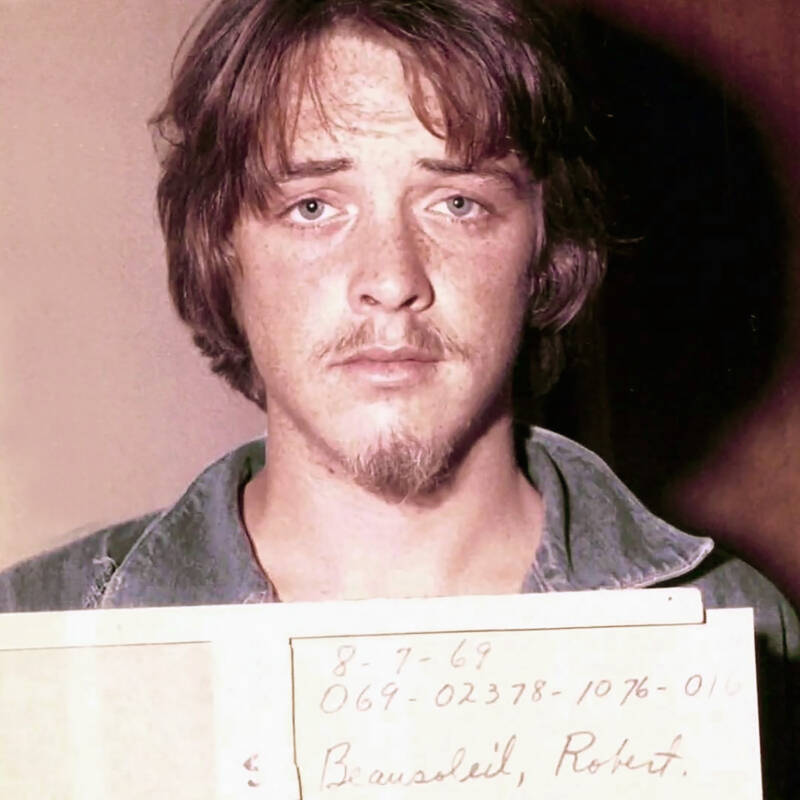 Photo by Michael Ochs Archives/Getty ImagesRobert “Bobby” Beausoleil poses for a mugshot after being arrested for the murder of Gary Hinman at the request of Charles Manson.

Gary Hinman was born in 1934 on Christmas Eve in Colorado. He studied at the University of California, Los Angeles, graduating with a degree in chemistry and continuing his education by pursuing a Ph.D. in Sociology.

His friends – those who never attempted to kill him, at least – remember him as a kind-hearted man. After purchasing a home in Topanga Canyon, California, Hinman employed a sort of “open-door” policy. Any friends who found themselves in a transient state would be welcomed into his home to stay for however long they wanted.

Hinman was also a talented musician who worked at a music shop and taught the bagpipes, drums, piano, and trombone. Already a busy man, Hinman also somehow managed to establish a mescaline factory in his basement.

During the summer of 1969, Hinman became involved in Nichiren Shoshu Buddhism and even began planning a pilgrimage to Japan to fulfill his new faith. Tragically, that pilgrimage would never be made as that same summer, Hinman would be killed by those he considered friends in the place he considered home. 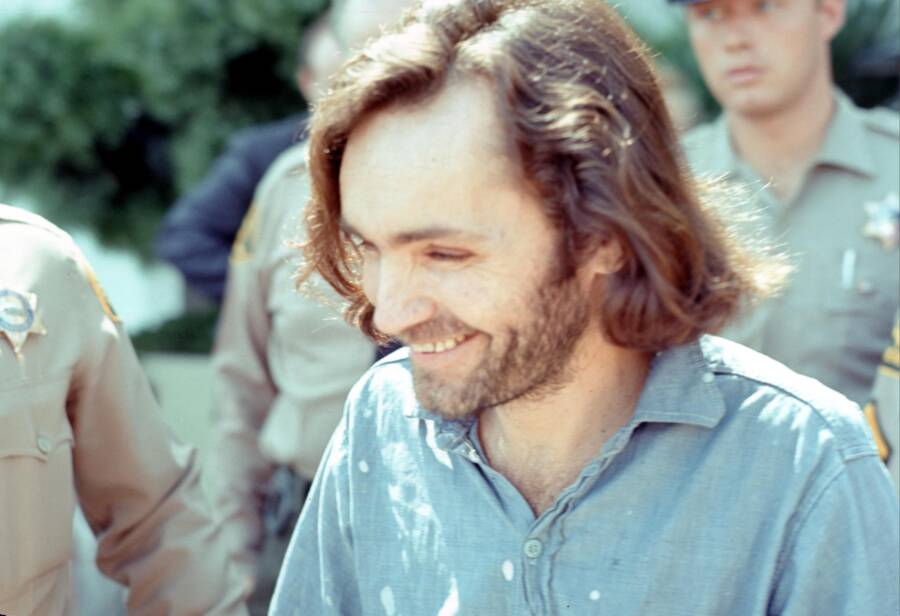 Photo by Michael Ochs Archives/Getty ImagesCharles Manson is escorted to the Santa Monica Courthouse to appear in court for a hearing regarding the murder of music teacher Gary Hinman.

While one of Gary Hinman’s most remarkable traits was his open-mindedness, it would also prove to be his downfall.

The same summer of 1966 that Hinman was planning his pilgrimage to Japan and letting road-weary travelers move in and out of his home, Hinman consequently befriended members of the Manson Family including Bobby Beausoleil.

Several of them, again including Beausoleil, even lived at the Topanga Canyon home during that summer while Manson established his cult following within the boundaries of the isolated Spahn Ranch.

From the Ranch Manson preached his vision of the future known as “Helter Skelter.”

Ralph Crane/The LIFE Picture Collection/Getty ImagesThe Spahn Ranch in the San Fernando Valley where Manson and his “Family” dwelled in the late 1960s.

Manson believed that the future of humanity balanced on an inevitable race war, in which the white population was rising up against the black population. While this race war was taking place, the Manson Family would be underground, waiting for their moment which would come after the black population defeated the white population but proved ultimately incapable of governing themselves. Thus, the Manson Family, led by Charles Manson himself, would emerge from hiding and effectively take over the world.

The night before Manson decided to instigate the race war that would effectively end the world as they knew it, Beausoleil allegedly purchased 1,000 tabs of mescaline from Hinman. Beausoleil then sold those tabs to some customers who came back with complaints and wanted their money back. Beausoleil resolved to ask Hinman for his $1,000 back.

“I didn’t go there with the intention of killing Gary,” Beausoleil said in an interview in 1981. “I was going there for one purpose only, which was to collect $1,000 that I had already turned over to him, that didn’t belong to me.

If only it had been that simple.

Associated Press report on the murder of Gary Hinman in 1969.

On top of this faulty drug deal — which prosecuting attorney Vincent Bugliosi doesn’t even mention in his famous true crime tell-all about the murders called Helter Skelter — Manson was under the impression that Hinman was sitting on a lot of inherited money, some $20,000 worth. In addition to this inheritance, Manson believed that Hinman had invested money in his house and cars.

So on July 25, 1969, Manson ordered Beausoleil to go over to Hinman’s with the intention of scaring him out of his $20,000. Beausoleil was accompanied by other future-infamous family members Susan Atkins and Mary Brunner, who were rumored to have had sex with Hinman in the past.

Beausoleil claimed in that same 1981 interview that he wouldn’t have brought Charlie’s girls had he known what was about to happen, but that Manson had thought they could help to persuade Hinman to hand over the money. 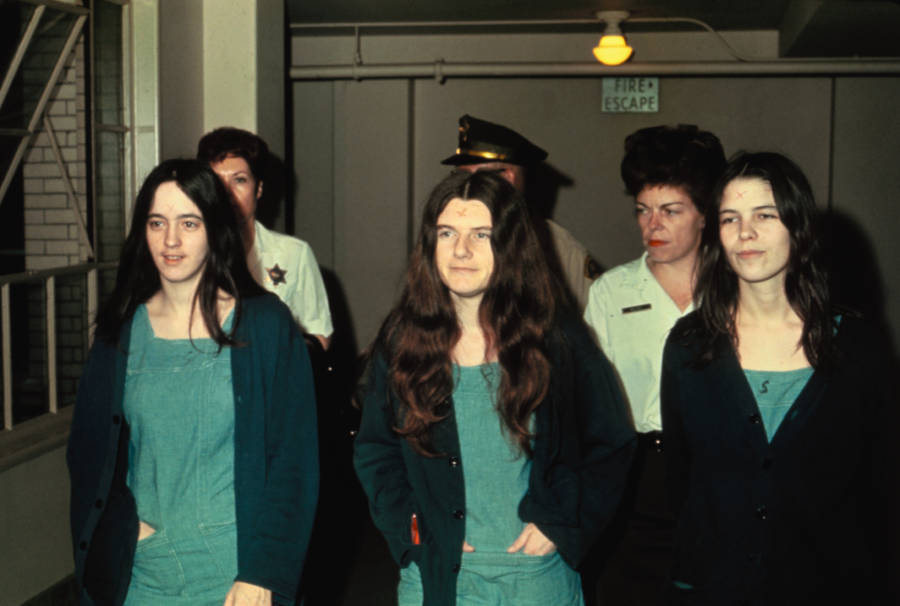 Bettmann/Contributor/Getty ImagesManson Family members (from left to right) Susan Atkins, Patricia Krenwinkel, and Leslie van Houten in custody. Atkins participated in the Hinman murder as well as the Tate-Labianca murders.

Whether Beausoleil was driven by Manson’s orders or by his own beliefs that Hinman had purposely sold him bad drugs, he nonetheless decided that force was necessary that evening.

Bobby Beausoleil would come to regret that decision.

“Gary was a friend,” he would later recall. “He didn’t do anything to deserve what happened to him and I am responsible for that.”

Charles Manson describes his side of the Hinman murder.

At first, it seemed as though violence could have been avoided.

Unfortunately, upon being asked for the money, Hinman admitted that he didn’t have any. In fact, he didn’t even own his house and cars, as was speculated. Frustrated, Beausoleil roughed Hinman up thinking that he was lying. When it seemed unlikely that he was, Beausoleil called for backup.

The next day, Charles Manson himself arrived at the Topanga Canyon home along with Family member Bruce Davis. After Beausoleil told Manson that, regrettably, there was no money, Manson drew out a samurai sword he’d brought along and sliced Hinman’s ear and cheek. 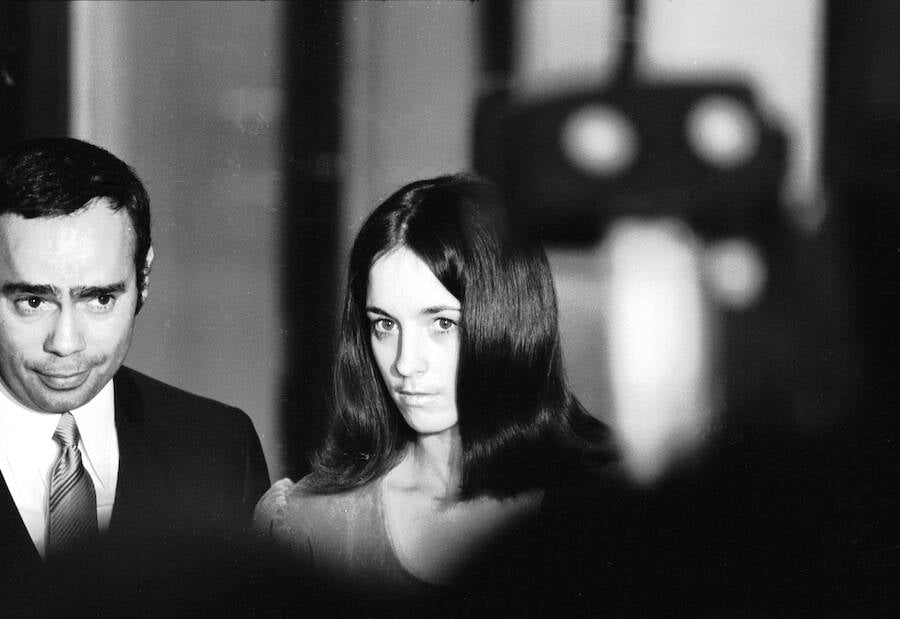 At that point, Bobby Beausoleil claimed that horror had set in for him and that he confronted Manson disgusted at the cult leader’s penchant for blood. He said he asked Manson why he’d hurt Hinman this way.

“He said, ‘To show you how to be a man,’ His exact words,” Beausoleil said. “I will never forget that.”

Unbothered, Manson and Davis took off in one of Hinman’s cars leaving a panicked Beausoleil alone with an injured Hinman and the two girls.

They did the best they could to clean up Gary Hinman, using dental floss to stitch up his wound. Hinman seemed dazed and kept insisting that he didn’t believe in violence and simply wanted everyone to leave his home. Despite the fact that Hinman’s wound was under control, Beausoleil continued to become agitated, believing there was no way out of his situation.

“I knew if I took him [to the emergency room], I’d end up going to prison. Gary would tell on me, for sure, and he would tell on Charlie and everyone else,” Beausoleil said later. “It was at that point I realized I had no way out.”

After agonizing over what to do and speaking to Manson several times, Beausoleil decided the only thing to do was kill Gary Hinman. “POLITICAL PIGGY” was written in Hinman’s blood across his wall. Beausoleil also drew a paw print on the wall in Hinman’s blood in an attempt to convince police that the Black Panthers had been involved and instigate the impending race war Manson preached.

According to the San Diego Union-Tribune, which reported on the murders originally, Hinman was tortured for several days before ultimately being stabbed to death. 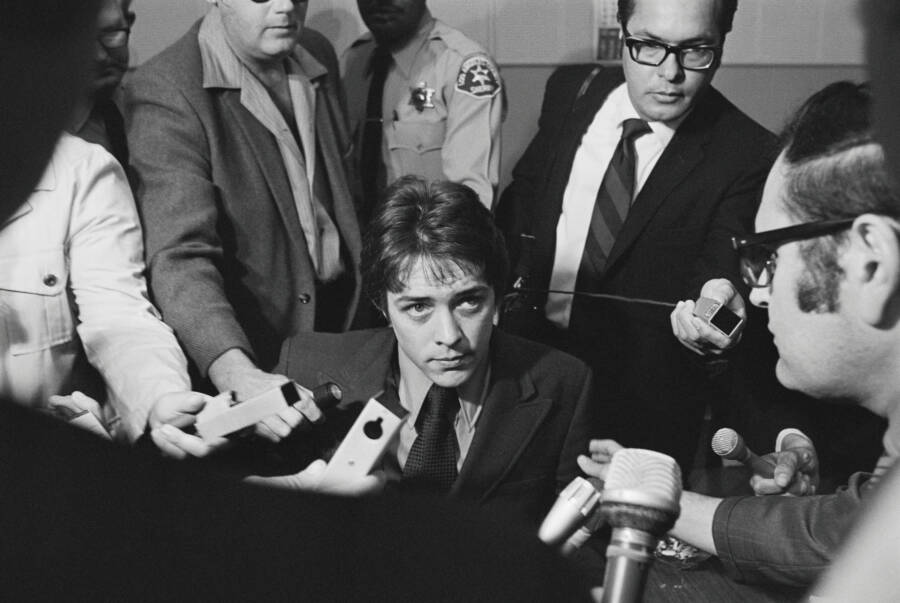 Getty ImagesRobert Kenneth Beausoleil, a.k.a. Bobby Beausoleil, talks with newsmen after the jury returned a verdict against him of first-degree murder in the torture and slaying of musician Gary Hinman.

Today, Beausoleil still regrets the things he did to Gary Hinman, a man he considered a friend.

He’s been denied parole 18 times since his incarceration and it doesn’t look likely that it will ever be granted. Nonetheless, it seems that incarceration has had an effect on Beausoleil at least as far as self-reflection goes. When asked about his feelings on the murder, his answer is always the same.

“What I’ve wished a thousand times is that I had faced the music,” he said of Hinman’s murder. “Instead, I killed him.”

Next, read about the time Charles Manson almost became a Beach Boy and then for more on the Manson Family murders, check out the slain coffee heiress who was almost overshadowed by the death of Sharon Tate.