A year before Sharon Tate was murdered, Charles Manson was living in quiet anonymity, making music in the home of Beach Boys drummer Dennis Wilson.

In the summer of 1969, while the nation was thrown into a fraught state as Charles Manson was arrested for the murders of actress Sharon Tate, her companions, and supermarket executive Leno LaBianca and his wife, Dennis Wilson was asked repeatedly to discuss his relationship with the madman.

As the Manson Family trials unfolded and the morbidly curious followed along, captivated by the charismatic leader of the now-infamous cult, Dennis Wilson could hardly avoid the pressing questions about the time Manson spent in his home. 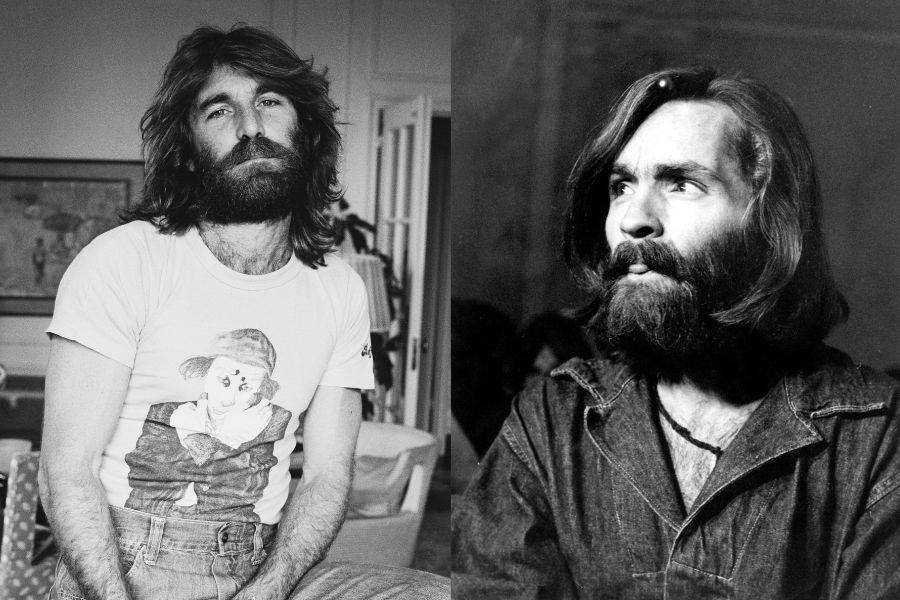 Getty ImagesDennis Wilson and Charles Manson had more in common than similar dreams – they even looked alike.

For months, the case dominated the airwaves, illustrating the stark cultural dissonance between the free-loving flower children ’60s and the drugged up degenerates, and Dennis Wilson had to hear it all.

It’s not surprising that Dennis Wilson didn’t like to talk about it – after all, how could he explain that he had once tried to make the country’s most infamous murder into one of the Beach Boys?

“He Is The Wizard, Man”: Dennis Wilson And Charles Manson

Way back at the height of the summer of ’68, the Beach Boys were riding a wave like no other. Since their inception seven years prior, the band had managed to create an entirely new sound fusing jazz harmonies and laid-back California style.

Their 1963 song “Surfin’ USA” was a massive hit, and several of their albums topped the charts, but in 1968 they were on a downward trajectory. They’re two 1967 albums, Smiley Smile and Wild Honey, were their worst-selling albums to date and received a tepid reception from music critics. 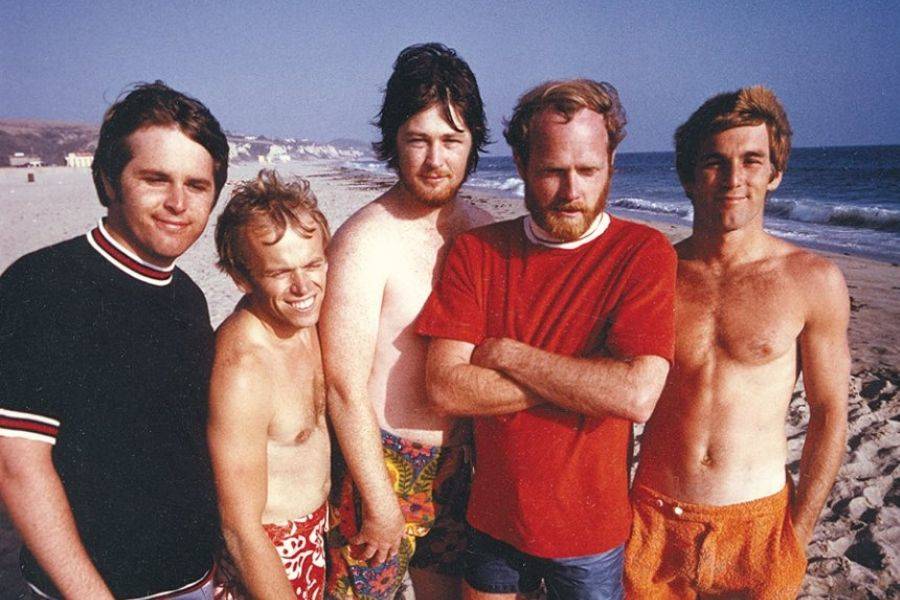 Wikimedia CommonsThe Beach Boys at home on the beach. Dennis Wilson is on the far right.

While the band had generated somewhat of a reputation as a wholesome family unit – four of its members were related by blood – several members struggled with substance abuse. Brian Wilson, the band’s leader and main songwriter, began to withdraw and came to rely more heavily on cocaine, amphetamines, and psychedelics.

The “British Invasion” of the 1960s — where fans turned to rock n’ roll bands like The Beatles, The Rolling Stones, and The Who over surfer rock — hurt the Beach Boys’ album sales tremendously. In this slow period in the band’s history, one member managed to make a name for himself when he played host to a smooth-talking, long-haired, yet-unknown rockstar he knew as Charlie.

It seemed that Dennis Wilson, middle brother of bandmates Carl and Brian, had a habit of picking up more than good vibrations. In the March of 1968, Wilson was driving his burgundy Rolls Royce through the hills of Sunset Boulevard when he picked up two hitchhiking women and dropped them off at their home.

Months later, he picked up the same two women. This time, he brought them back to his place in Pacific Palisades. The women began to tell him about the man they were staying with, a mystical musician named Charlie who had been serving as their spiritual guru. Wilson, a self-destructive, fame-addled good-boy-gone-bad on the heels of a nasty divorce, was immediately intrigued.

Late that night, when Wilson arrived back home after a recording session, he was greeted at the door by none other than Charles Manson. Recognizing the fear on Wilson’s face, Manson got down on his knees and kissed Wilson’s feet.

“Do I look like I’m going to hurt you, brother?” Manson asked.

It only took one night for Dennis Wilson to fall into a trap that a dozen before him had too. He might have been a future murderer, but one can not deny that Charles Manson was charismatic. With just a few hours and single joint, Manson convinced Wilson that he was the real deal. 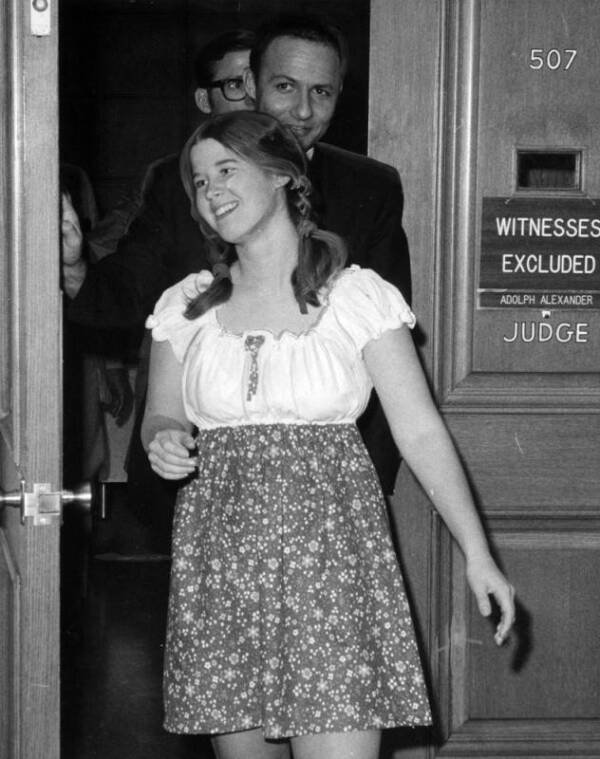 According to the biography of former Manson family member Dianne Lake, the two got along immediately:

Dennis and Charlie hit it off right away, which is not surprising, given Charlie’s skills at ingratiating himself with strangers. Dennis, in no rush to leave, hung out for a while, smoked some pot with Charlie, and listened a bit to [Manson’s music]. It was obvious from the start that Dennis liked the girls and admired Charlie’s harem. We sat at Charlie’s feet and looked at him lovingly as he sang and played guitar. We made sure Dennis saw how much we idolized Charlie — we knew that was our job, without Charlie even having to tell us.

From then on, Wilson wanted to be a part of Manson’s world. He introduced him to friends, to his family, and eventually to his Beach Boys bandmates, hoping to integrate him into their musical family.

“This is Charlie,” Wilson would say, upon introduction. “He is the wizard, man. He is a gas.”

Charles Manson And The Beach Boys

Over the next several months, Dennis Wilson spent innumerable hours with Charles Manson and his groupies, even going so far as to move them into his home. Whether he understood the ramifications of his hospitality or was simply under a spell, Wilson was a Manson fan.

Within the confines of his secluded home on Sunset Boulevard, Wilson and the Manson family played music, dropped acid, and engaged in group sex. Wilson spent much of his own money keeping the family afloat, feeding them, and bringing them to doctors appointments when a gonorrhea outbreak hit.

More to Manson’s liking, Wilson booked recording time for the cult leader at the Beach Boys’ home studio. Wilson thought his music was exciting and hoped to record songs with him and the rest of the band.

The rest of the Beach Boys, however, were not quite as beachy-keen on Manson. Brian Wilson, the leader of the group and oldest Wilson brother, took an immediate disliking to the man, and flat out refused to work with him. Whereas Dennis Wilson found Charles Manson’s music to be exciting and wild, the rest of the band and the production team thought it was wildly out of tune and wrong for the Beach Boys’ smooth California sound.

As summer came to a close, tensions came to a head. During a recording session, Manson found out that producers had altered his music and that Wilson’s team was trying to make his sound fit with the Beach Boys. Negotiations got tense and ended with Manson pulling a knife on a producer. 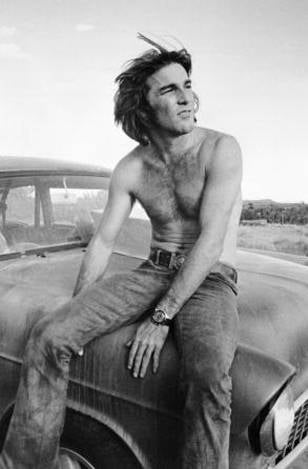 That would be the last time Charles Manson and the Beach Boys got together in the studio. Following the knife-pulling incident, the rest of the band urged Wilson to cut ties with Manson. Before he did, he made one last reckless move.

In December of 1968, the group recorded “Never Learn Not to Love,” on the b-side of their “Bluebirds Over the Mountain” single. Little did the eager listeners know that the song was once known as “Cease to Exist,” and was originally penned by Charles Manson. When the song was released, it was renamed, and the sole writing credit was given to Dennis Wilson.

In the days after the song was released, Wilson awoke to find a bullet in his bed. Manson would later take responsibility.

“I gave him a bullet because he changed the words to my song,” Manson said.

The Beach Boys song, ‘Never Learn Not To Love,’ credited to Dennis Wilson, was originally written by Charles Manson and called ‘Cease To Exist.’

In fact, it was Wilson who introduced Manson to Terry Melcher, a music producer and son of Hollywood legend Doris Day. Manson was in the car one day when Wilson dropped Melcher off at his house at 10050 Cielo Drive — the house that was later rented by actress Sharon Tate and director Roman Polanski.

After Melcher rejected Manson’s music in June of 1969, Manson had his revenge. To spook Melcher, he ordered his “family” to murder everyone at 10050 Cielo Drive, setting off the most gruesome mass murder of the ’60s.

A Fleeting Relationship, A Lifetime Of Rumors

The one saving grace of Manson’s hold over Dennis Wilson was that it was fleeting.

In the months after the incident at the studio, the Manson family moved out of Wilson’s home and took over Spahn Ranch, 20 miles north of Wilson’s house, where they would go on to plan their legendary murder spree. A year after the free-wheeling summer on Sunset Boulevard, a group of Manson’s followers murdered the actress Sharon Tate. 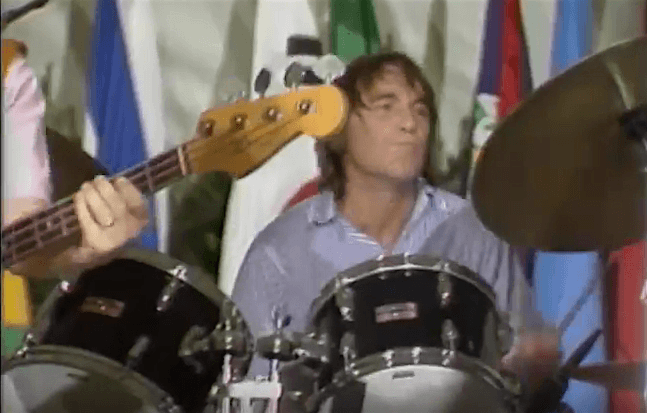 Wikimedia CommonsDennis Wilson in 1983, the year he died.

Despite the run-in with Manson besmirching their image, the Beach Boys would go on to sing their way to success while crooning about Bermuda, Bahama, and oh-so-many pretty mamas.

But the band continued to have its fair share of trouble. Some attributed Dennis Wilson’s subsequent spiral into drug and alcohol addiction to his guilt for introducing Manson to the Hollywood scene. In 1983 – homeless, drunk, and separated from his teenaged wife — 39-year-old Wilson drowned off the shores of Marina del Rey.

Despite being asked about his Manson connection dozens of times by the curious press, Dennis Wilson vowed never to speak about his time with Charlie Manson again. “As long as I live, I’ll never talk about that,” he told Rolling Stone in 1976.

And he kept his word.

Next, read more about Charles Manson and his surprisingly thought-provoking quotes. Then, catch up on your Charles Manson facts. Finally, discover the story of Manson Family killer Charles “Tex” Watson.