On November 3, 1984, serial killer Bobby Joe Long abducted and raped 17-year-old Lisa McVey in Tampa, Florida. But then, after 26 hours of torture, she convinced him to let her go.

In 1984, Lisa McVey decided to kill herself. After years of sexual abuse from her grandmother’s boyfriend, the Florida teen planned to die by suicide and even wrote a goodbye note. But then, a serial killer kidnapped her. This terrifying twist in Lisa McVey’s story made her want to live.

With a gun pressed against her temple, McVey decided to do whatever it took to survive. And what happened over the next 26 hours would not only save McVey’s life — it would also lead to her abductor’s death.

The Story Of Lisa McVey’s Abduction 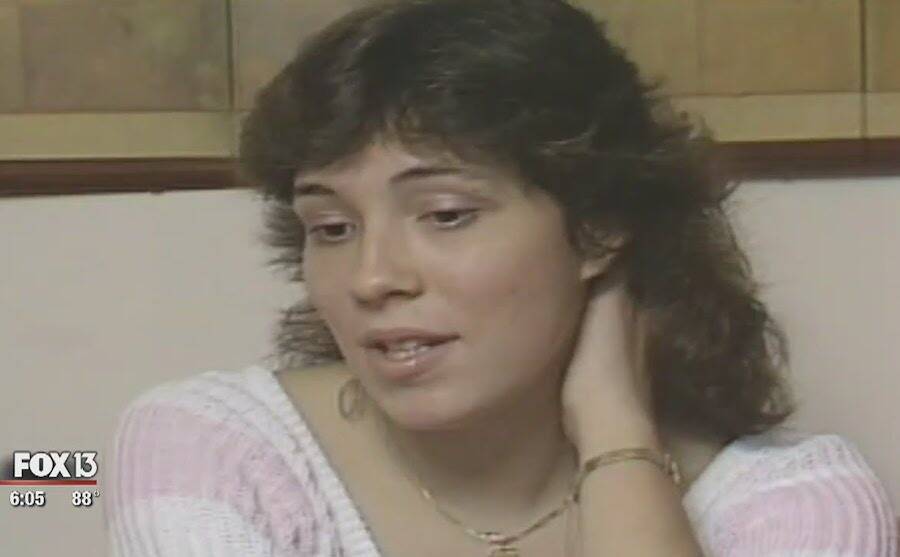 Lisa McVey was riding her bike home from a double shift at a donut shop on November 3, 1984. The exhausted 17-year-old peddled past a church at about 2 a.m. And then, someone grabbed her off her bike from behind.

McVey started screaming as loudly as she could — until her attacker pressed a gun to her head and said, “Shut up or I’ll blow your brains out.”

It wasn’t the first time that someone had threatened the teen with death. McVey, who lived with her grandmother in Tampa because her drug-addicted mother was unable to care for her, had endured three years of her grandmother’s boyfriend molesting her and threatening her with a gun.

McVey — who realized that she no longer wanted to die — told her attacker, “I’ll do whatever you want. Just don’t kill me.”

The man tied McVey up, blindfolded her, and threw her into his car. She then searched for clues that might save her life. First, she used a small open space below the blindfold to size up the car — a red Dodge Magnum.

“I watched a lot of crime shows,” McVey later said. “You’d be surprised about the survival skills you have when you’re in a position like that.”

McVey’s abductor started driving. Terrified for her life, McVey tracked the minutes passing, noted that they were driving north, and counted every step as McVey took her inside his apartment in Tampa.

For the next 26 hours, the man repeatedly raped, tortured, and abused Lisa McVey. She was certain that she would die at any moment — but she didn’t. 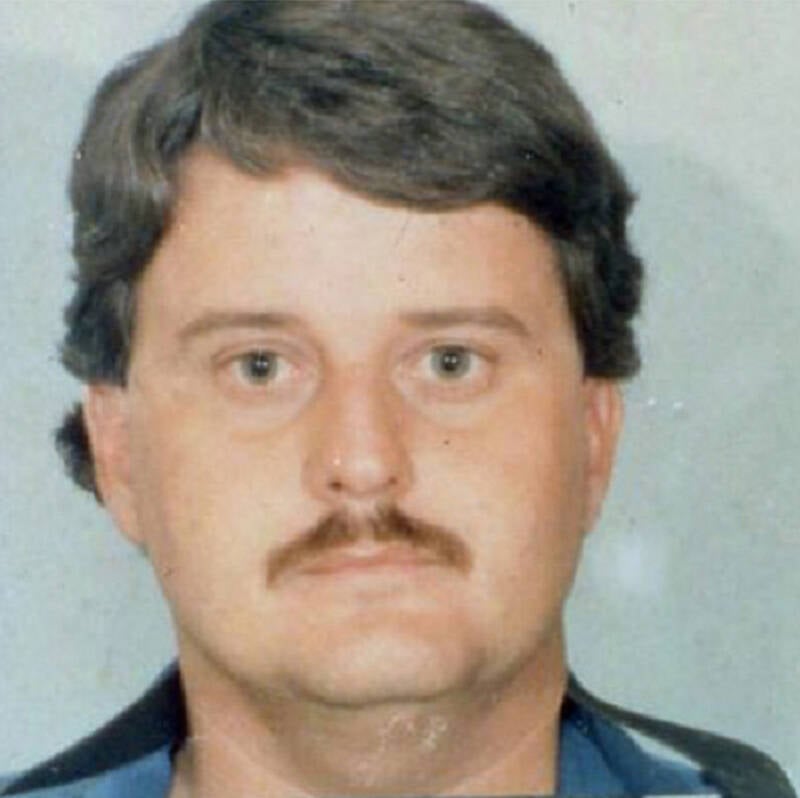 Before he kidnapped Lisa McVey, Bobby Joe Long had already murdered eight women. He would go on to kill two more after releasing McVey. In addition, Long had also committed more than 50 rapes.

While trapped in the killer’s apartment, the blindfolded 17-year-old overheard the news report that she was missing. She choked back screams as Long once again threatened to put a bullet in her head.

Certain that Long would murder her, McVey pressed her fingerprints on as many places as she could in his apartment. Police would someday be able to use the evidence to catch her killer, McVey hoped.

Meanwhile, she made up stories to humanize herself to Long. Most notably, she lied that her father was ill and that she was his only caregiver.

Finally, after more than a day of torture, Long hauled McVey back to his car, telling her that he was going to take her back home.

Long drove McVey to an ATM and a gas station. He then dropped her off behind a business around 4:30 a.m. Long told McVey to wait five minutes before taking off her blindfold so he could drive away.

“Tell your father he’s the reason why I didn’t kill you,” he said.

Neither her grandmother nor the boyfriend believed McVey’s story. Her grandma even told the Tampa police that she was lying about being kidnapped. But luckily for McVey, the police insisted on an investigation. 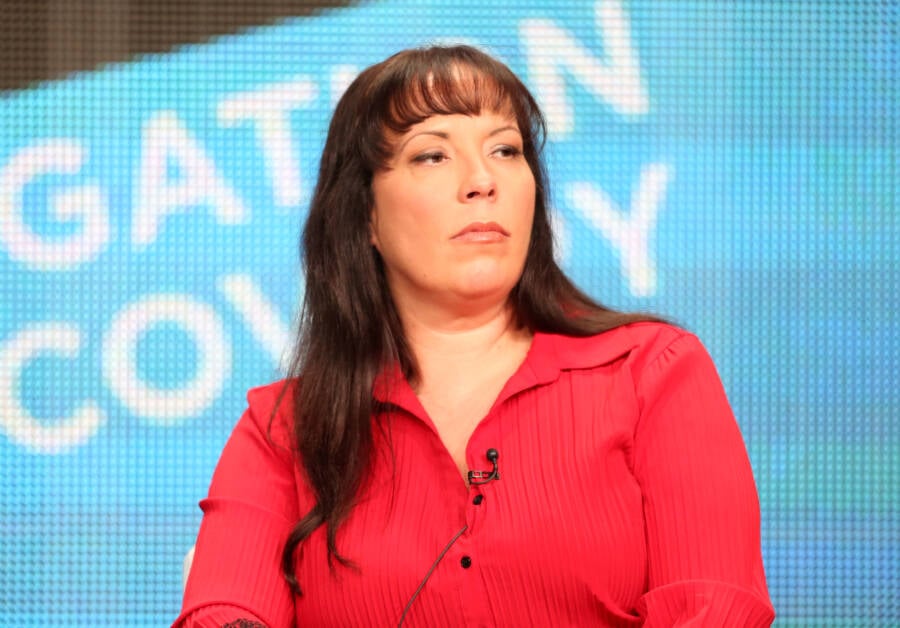 Frederick M. Brown/Getty ImagesNow a motivational speaker, Lisa McVey Noland tells the story of her abduction to “anybody who’ll listen.”

Lisa McVey wanted to make sure the police caught Long. So she told Sgt. Larry Pinkerton everything that she remembered about her attack.

Just days after her ordeal, McVey heard a news report about a murder victim in her area. Convinced her kidnapper was the killer, McVey called up Pinkerton and said, “Come get me. There’s more I need to tell you.”

McVey recounted her experience to the police again. Pinkerton asked her if she’d like to be hypnotized to help her jog any latent memories. But when her grandmother’s boyfriend refused to grant her permission, this prompted McVey to reveal his abuse to the cops, leading to his arrest.

With one of McVey’s abusers in handcuffs, she wanted to make sure the same thing happened to Long. Placed in a center for runaway teens, McVey looked at a photo lineup of potential kidnappers. Since McVey had briefly felt her attacker’s face and also caught glimpses of him due to the small gap below her blindfold, she successfully identified Long in the lineup.

Ultimately, Lisa McVey’s story led detectives right to Long. She was able to retrace her abductor’s movements so that cops could track down his car.

Just 12 days after Lisa McVey’s abduction, police captured Bobby Joe Long. Unfortunately, the serial killer had managed to claim two more victims before his arrest. The next year, Long was found guilty of first-degree murder and sentenced to death. He eventually confessed to committing 10 murders.

As for McVey, her life soon changed for the better. After she aged out of the runaway center, she moved in with a caring aunt and uncle and took up a variety of jobs. And in 2004, she signed up for the police academy. She later joined the Hillsborough County Sheriff’s Office — the same department that had arrested her abductor — and began specializing in sex crimes.

In 2019, the state of Florida executed Bobby Joe Long. Lisa McVey Noland not only witnessed the execution but sat in the front row, wearing a shirt that read: “Long… Overdue.” She said, “I wanted to be the first person he saw.”

After reading the story of Lisa McVey’s abduction and escape, learn about some other close calls with serial killers. Then, check out the story of Alison Botha, the woman who survived the “Ripper Rapists” of South Africa.