Bobby Joe Long raped and murdered at least ten women in mid-1980s Florida before he let one get away — and she helped bring him down.

For three years, Bobby Joe Long operated as the so-called “Classified Ad Rapist” but it wouldn’t be long before he graduated from a serial rapist to a serial killer. For eight months in 1984, Bobby Joe Long kidnapped, raped, and murdered nine young women in the Tampa Bay area of Florida before inexplicably choosing to let one of them go.

That choice proved to be his undoing as she would later help to put him away, ending his murder streak, and sending him to death row where he would be lethally injected 35 years later. 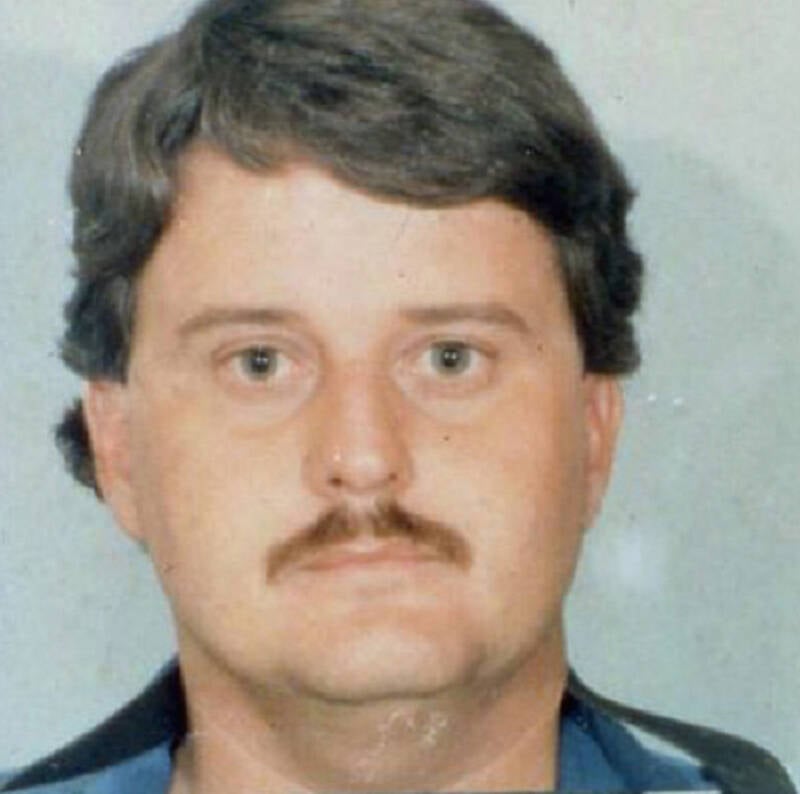 Public DomainBobby Joe Long raped dozens of women he found through classified ads. This naturally earned him the moniker “The Classified Ad Rapist.”

Robert Joseph Long was born in Kenova, West Virginia on October 14, 1953, but moved with his mother, Louella, to Miami as a child. Long’s loathsome feelings towards women began with his mother with whom he shared a bed until he was 13. Louella was a cocktail waitress, wore revealing outfits, and would often bring strange men home with her.

Serial killers often have distressing childhood experiences that dictate their later crimes. For instance, in the case of Long, he fell off a swing and suffered his first of several head injuries at just age five. He was also mercilessly bullied at school when he developed breasts upon reaching puberty, due to a genetic disorder called Klinefelter syndrome. 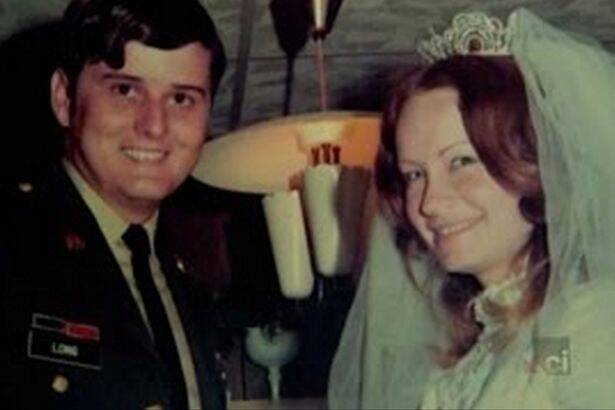 YoutubeRobert Joseph Long met his high school sweetheart, Cynthia, when they were 13. They divorced six years after their wedding.

Finally, it seemed perhaps that there was hope for Long when in 1974 he married his high school girlfriend, Cynthia Bartlett. Together they had two children. His violent outbursts didn’t relent, though, and was once reported to have choked Cynthia unconscious and slammed her head against a television.

“When I came to, I was on the couch,” Cynthia Long, who has since remarried, recalled. “Of course, he was there, crying. ‘I’ll never do it again. I’m so sorry.’ Then the next words were, ‘When you drive yourself to get your stitches if you tell them what really happened, I’ll kill you when you get home.'”

In 1980, Cynthia left and took the children with her.

Bobby Joe Long’s insatiable desire for sex only worsened. He satisfied this desire by looking through classified ads, going to the seller’s home, and raping women if they were alone. He’d pull a knife on them, bind them, and rob their homes after having his way. Between 1981 and 1984, Long committed dozens of rapes using this method. Some estimates put his rape count at 50 women.

In 1981, Long was charged, tried, and convicted of rape but appealed the conviction and was acquitted.

Long moved from Miami to Tampa in 1984. In his 1978 maroon Dodge Magnum, he would drive up and down Tampa’s Nebraska Avenue, which had many clubs and bars and was frequented by sex workers.

Long persuaded women into his car, raped them, then drove to a rural, deserted location where he killed them. Most of his victims died from strangulation, though some had their throats slit and had been bludgeoned. One was shot. Many were bound and posed in grotesque positions.

Inside The Murders Of Bobby Joe Long

The first of Bobby Joe Long’s victims was 20-year-old Artiss Wick who he abducted, raped, and strangled on March 27, 1984. Her remains were found on November 22, 1984, and it is often forgotten that she was Bobby Joe Long’s first victim due to the delay in finding her body.

On May 13, the body of 19-year-old Ngeun Thi “Lana” Long, an exotic dancer at Nebraska Avenue’s Sly Fox Lounge, was discovered in a field. She was nude and bound with a cord tied around her neck. Underneath her body was a white scarf tied in a knot. 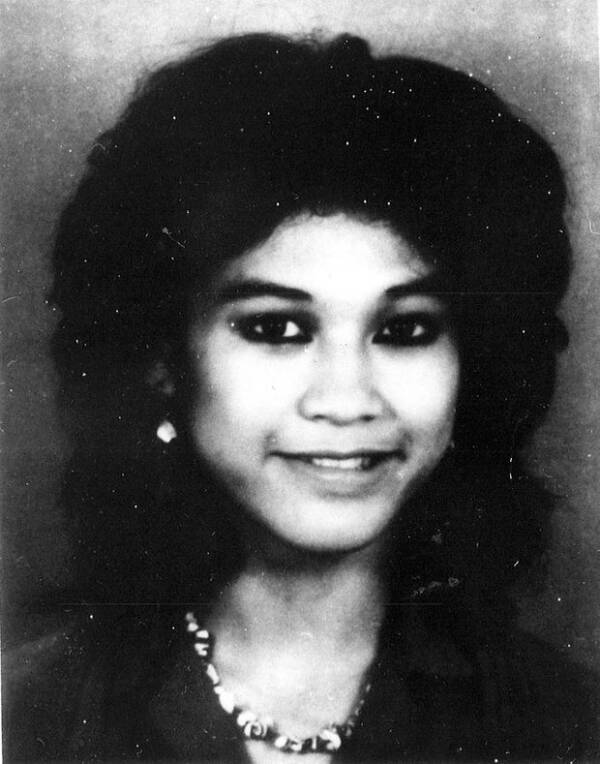 Tampa Bay TimesLana Long was a dancer at the Sly Fox Lounge on Nebraska Avenue. Though not Bobby Joe Long’s first victim, she was the first of his to be found.

Two weeks later, the body of a 22-year-old former beauty contestant, Michelle Simms, was found off an Interstate 4 overpass. Simms was also nude and bound, with her throat slit. Her clothes lay next to her. Simms had been working as a receptionist, but was reportedly also a drug user and involved in sex work. 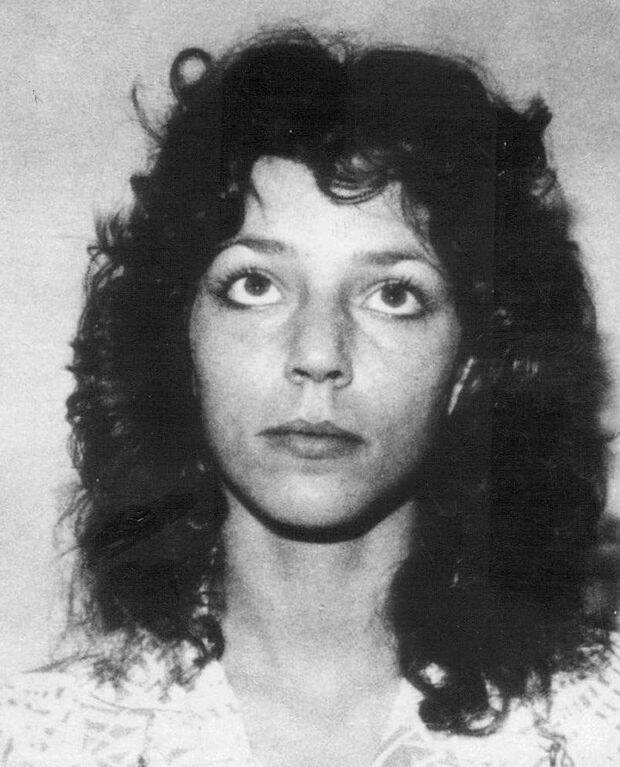 Tampa Bay TimesMichelle Simms was a California native, but had recently moved to Tampa. It would ultimately be for her murder that Bobby Joe Long received the death penalty.

On June 24, 1984, 22-year-old Elizabeth Loudenback’s body was discovered fully-clothed in an orange grove. She had been raped and strangled. Loudenback was a factory worker who had never been involved in prostitution. She happened to be in the wrong place at the wrong time, simply walking down Nebraska Avenue just blocks from her home when she was abducted by Long on the evening of June 8.

Forensic analysis confirmed that these murders were all connected: on Simms’s and Loudenback’s clothing, and the white scarf found under Lana Long, tiny red nylon fibers, likely from carpet, were discovered.

Long’s fifth victim was 21-year-old Vicky Elliott, who disappeared September 7, 1984, on her way home from waitressing at the Ramada Inn. Elliott’s body was not found until Nov. 16, 1984. She had been strangled. 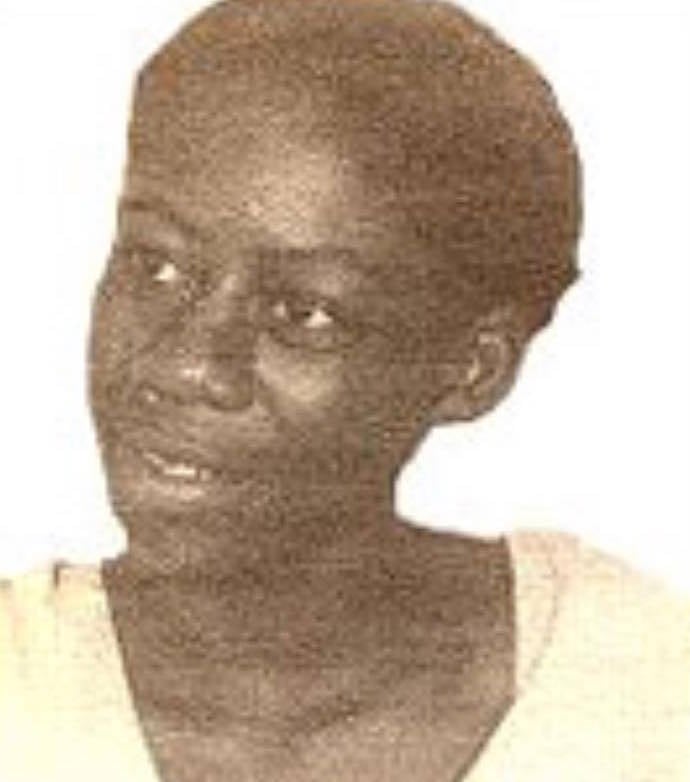 Facebook18-year-old Chanel Williams’s murder was not immediately attributed to Long; she was his only black victim and the only one who had been shot to death.

On October 7, 18-year-old Chanel Williams’s body was found. Williams was a sex worker and was also abducted from Nebraska Avenue. Her profile differed from that of the previous victims; she was the only black victim, hadn’t been bound, and had died from a gunshot wound. She was nude and her clothes lay next to her. Forensic tests on Williams’s clothing revealed the presence of those tiny red fibers, though.

One week later, 28-year-old Karen Dinsfriend’s body was found in an orange grove. She had been strangled and bludgeoned to death. Dinsfriend had also been working as a prostitute on Nebraska Avenue. Ligature marks were present on her neck and she had been bound. 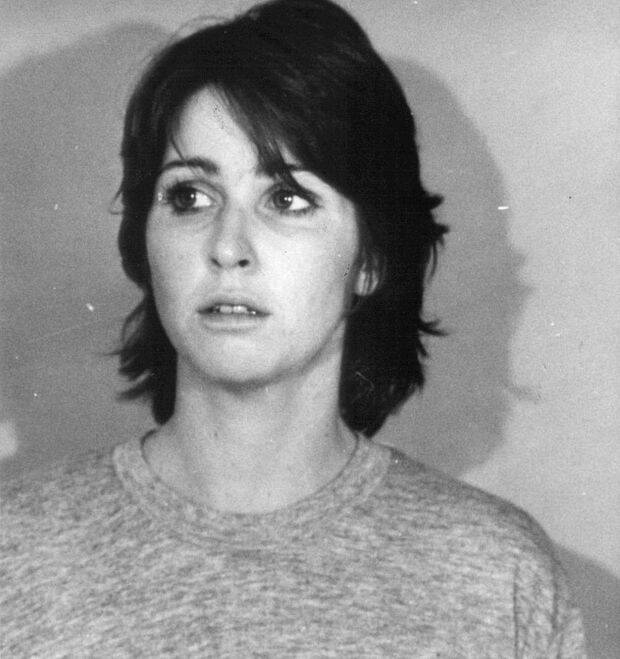 Tampa Bay TimesKaren Dinsfriend’s body was discovered October 14. She was the seventh woman to be murdered by Long.

22-year-old Kimberly Hopps’s remains were found on the side of U.S. 301 north on October 31, 1984, but her murder was not attributed to Bobby Joe Long right away. She was nude, but exposure to the elements made her body impossible to identify. Too much time had passed to collect forensic evidence from the scene.

On November 3, 1984, 17-year-old Lisa McVey was riding her bike home from work at Krispy Kreme around 2 AM. A man ran at her, pushed her off her bike, and dragged her into his car. He blindfolded her, drove her to his home, and raped her repeatedly over a period of 26 hours.

Unknown to Long, McVey had seriously been contemplating suicide just hours before this attack. She’d even written a note, due to years of emotional and sexual abuse endured at the hands of her grandmother’s boyfriend.

Lisa McVey later recalled in an episode of I Survived:

“I was deathly afraid that he was going to kill me. Here I was thinking about killing myself, and now I was going to be fighting for my life.”

McVey tried to connect with her captor even after he raped her repeatedly and sodomized her once. In a moment of bizarre kindness when Long washed and brushed her hair in his bathroom, McVey asked him why he had done this to her. He blamed his hatred for women.

She continued to listen to him talk about his problems with women and show him sympathy. She even offered to be his girlfriend and she wouldn’t tell anyone. Then McVey made up a story about being the sole carer for her sick father.

While still blindfolded, McVey used the bathroom in Long’s apartment and touched everything she could to leave her fingerprints.

In the early hours of November 4, Long ordered a still blindfolded McVey back into his car. She counted the steps in his house and noted his red carpet. First, he drove a short distance to a 24-hour bank machine. McVey said she’d heard the sound of the machine. From under her blindfold, she caught a glimpse of the word “Magnum” on the car dashboard (unique to the 1978 model).

Long drove slightly further, pulled over, and told McVey to get out of the car and keep her blindfold on for five more minutes. Then he drove away.

The Capture, Conviction, And Execution Of Bobby Joe Long

Lisa McVey went to the police right away and told them everything: the color of the car, the word “Magnum” on the dashboard, the red carpet in Long’s home. She explained that her captor had used a bank machine just before she was released.

Forensic tests on McVey’s clothing revealed the presence of the same red carpet fibers discovered on the other victims.

Then, the remains of two more victims were found: 18-year-old Virginia Johnson on Nov. 6 and 21-year-old Kim Swann on Nov. 12. Only bones were left of Johnson, but a ligature cord was found at the scene. Swann, who had also been a dancer at the Sly Fox, had ligature marks on her neck and wrists. The same red carpet fibers were found at both crime scenes.

Authorities found Long’s car and home not far from the bank machine he had used. They surveilled Long for 24 hours before arresting him for McVey’s kidnap and rape on November 16.

During his interrogation, Long first confessed to his crimes against McVey. Initially, he denied involvement in the other murders, but on hearing the evidence police had, particularly the red carpet fibers from his car, he confessed. By the end of his interrogation, detectives attributed Long to 10 murders and McVey’s rape and kidnap. 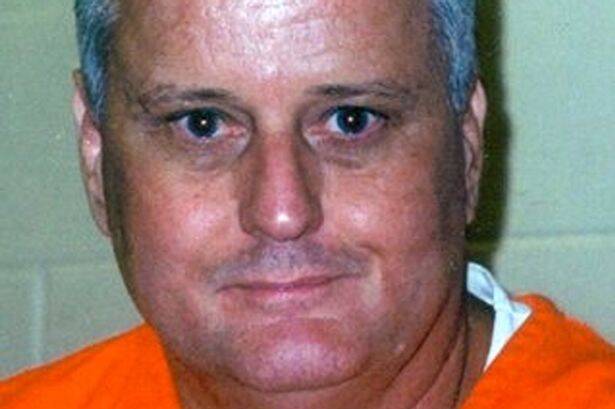 Public DomainBobby Joe Long pled guilty to eight murders, rape, and kidnapping. He was served 28 life sentences and a death sentence in 1985.

A plea bargain was agreed upon in which Long pled guilty to eight of the 10 murders. Long acknowledged murdering Wick and Elliott, but their bodies were not found until after his arrest. Long subsequently received 28 life sentences for murder, rape — including those rapes he committed as “The Classified Ad Rapist” — and kidnapping.

On May 23, 2019, Long was executed by lethal injection. Up to the point, Long was one of the longest-serving inmates on death row.

Lisa McVey Noland watched Long’s execution from the front row. She has pursued a career in law enforcement based on her experiences and is currently a deputy at the Hillsborough County Sheriff’s office, the very same office which brought her attacker to justice.

“I wanted to look him in the eye,” McVey Noland said of the execution. “I wanted to be the first person he saw. Unfortunately, he didn’t open his eyes.”

After this look at Bobby Joe Long, read up on another serial rapist and killer who was brought to justice, Dennis Rader. Then, read about how Ted Bundy helped to put away one of America’s worst serial killers, Gary Ridgway.