These surprising John Lennon facts reveal the ugly, funny, and bizarre side of the Beatles frontman you thought you knew.

The life of John Lennon was marked not only by genius and fame, but contradictions. The patron saint of peace and love sometimes engaged in acts of shocking violence and cruelty. The singer beloved for his vocals just happened to despise his own voice. The songwriter responsible for “all you need is love” and “imagine no possessions” had an extravagant taste for the finer things.

These twenty-one John Lennon facts bring to bear the artist’s dark, ugly, funny and strange sides that most fans don’t know about: 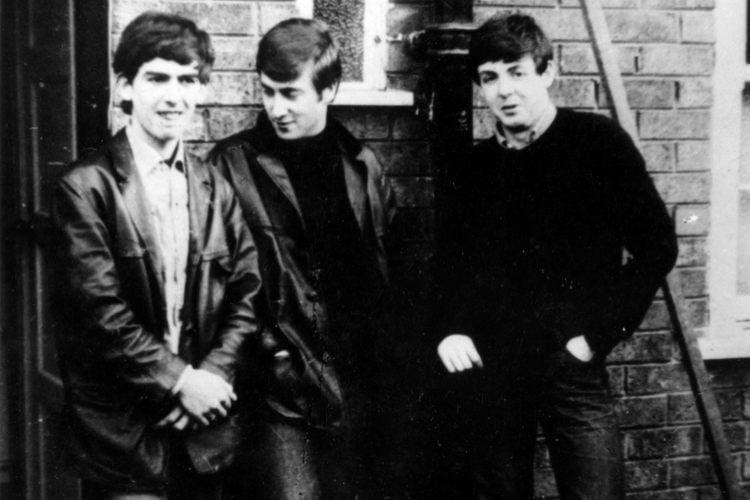 Lennon was raised by his Aunt Mimi, who did not encourage his guitar playing, often telling him, "The guitar's all very well, John, but you'll never make a living out of it."Getty Images 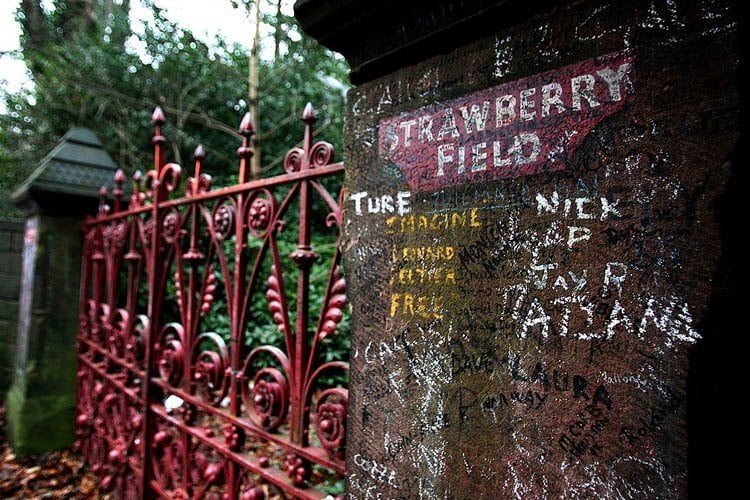 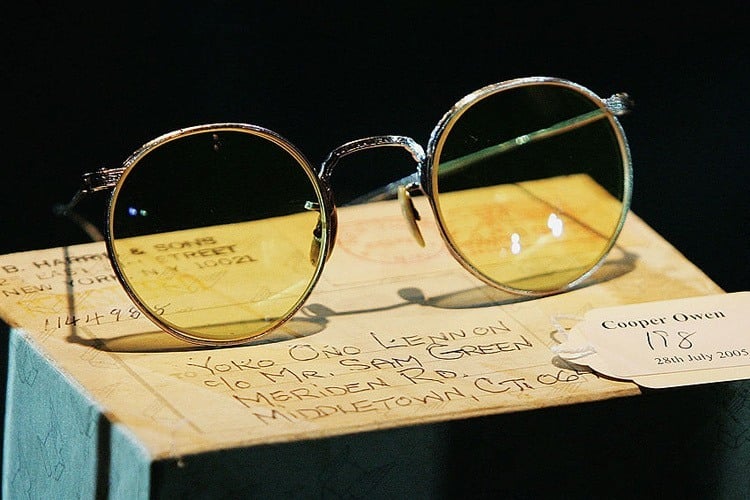 Lennon was legally blind without the use of his glasses. He was also later found to be dyslexic. Chris Jackson/Getty Images 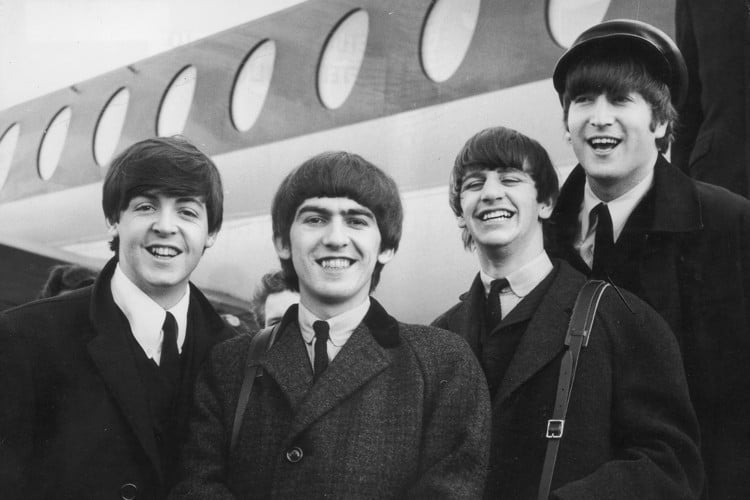 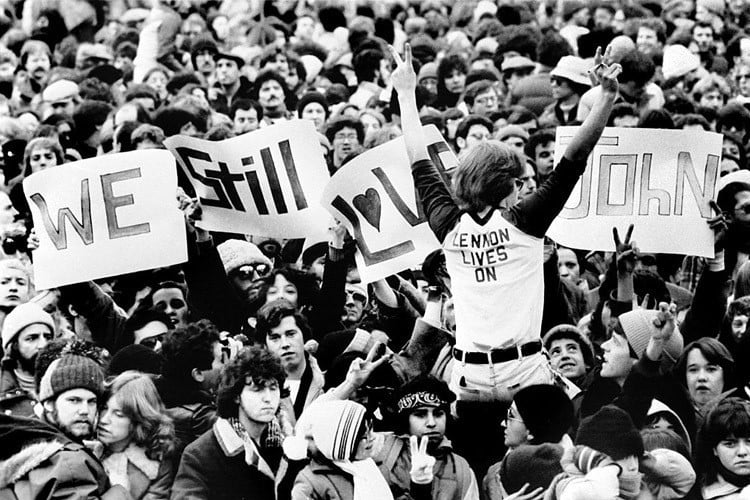 Beatles producer George Martin said that John Lennon had “an intense dislike of his own voice.” Lennon would continually ask for additional effects to be added to alter his voice on final recordings. STF/AFP/Getty Images 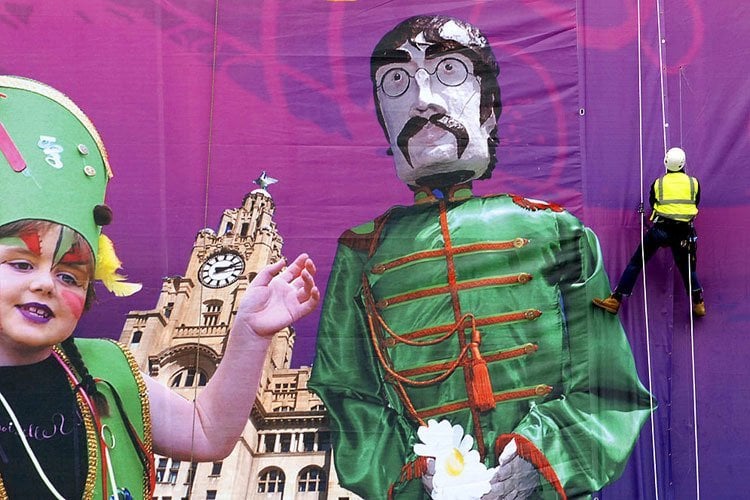 Lennon loved to play Monopoly. Up to play the popular board game any chance he got, his primary goal was to gain control of Boardwalk and Park Place (even if he was to ultimately lose the game). Jim Dyson/Getty Images 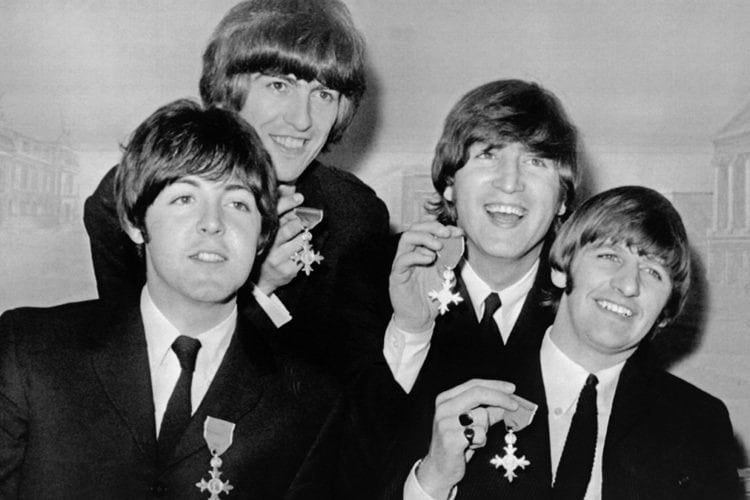 In 1965, Lennon and the other Beatles were made members of the Most Excellent Order of the British Empire by Queen Elizabeth II.

However, Lennon returned his medal in 1969, stating, "Your Majesty, I am returning my MBE as a protest against Britain’s involvement in the Nigeria-Biafra thing, against our support of America in Vietnam and against ‘Cold Turkey’ slipping down the charts. With love. John Lennon."Peter Skingley/Getty Images 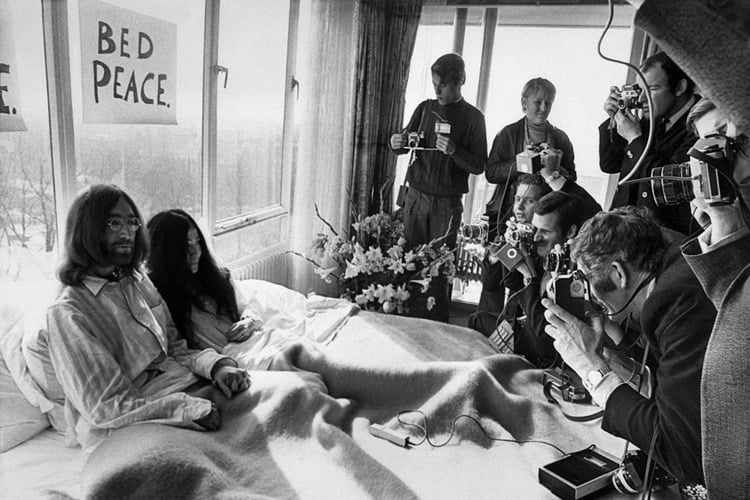 Although famous for espousing peace and love, Lennon had a violent temper, especially when it came to his first wife, Cynthia. He's often admitted to physically abusing her, telling Playboy in an infamous 1980 interview, "I used to be cruel to my woman, and physically -- any woman. I was a hitter. I couldn't express myself and I hit. I fought men and I hit women. That is why I am always on about peace, you see. It is the most violent people who go for love and peace."AFP/Getty Images 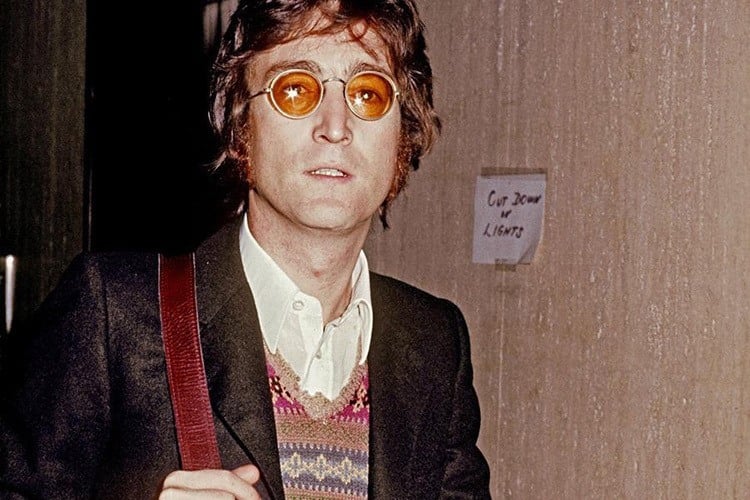 Lennon's violent temper extended to men as well. He once severely beat friend and DJ Bob Wooler for insinuating that Lennon was homosexual, poking fun at Lennon's relationship with Beatles manager Brian Epstein, who was in fact gay. Lennon threw Wooler to the ground and kicked him repeatedly. Wooler had to be rushed to the hospital after the incident. RV1864/flickr 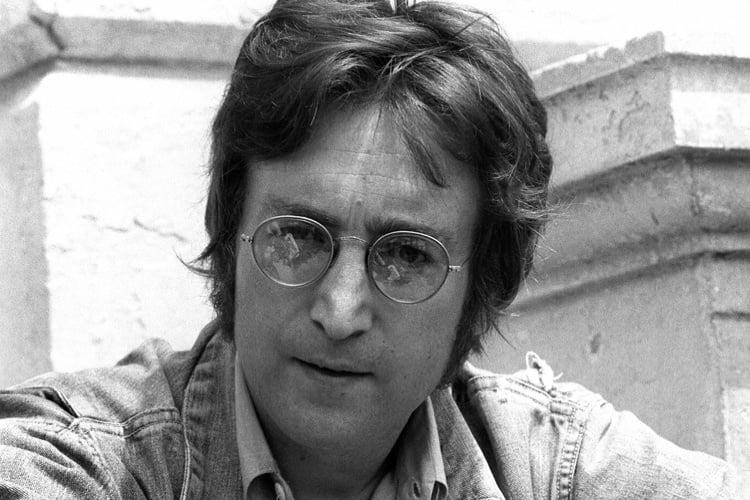 In 1967, Lennon bought Dorinish Island, off the coast of Ireland. He soon invited a group of hippies to establish a commune there, which thrived for two years, at which point a fire destroyed many of their supplies. After Lennon's death, Yoko Ono sold the island. -/AFP/Getty Images 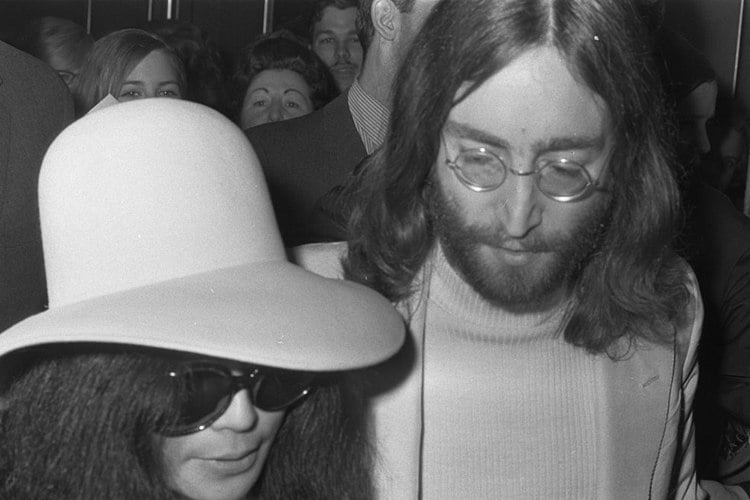 Part of Lennon and Yoko Ono's initial meeting and courtship was his participation in her conceptual art event called the 13 Days Do-It-Yourself Dance Festival. Participants received 13 consecutive daily postcards with bizarre instructions like "go find a clover and send us measurements" and "swim in your dreams as far as you can until you find an island."Nationaal Archief/Wikimedia Commons 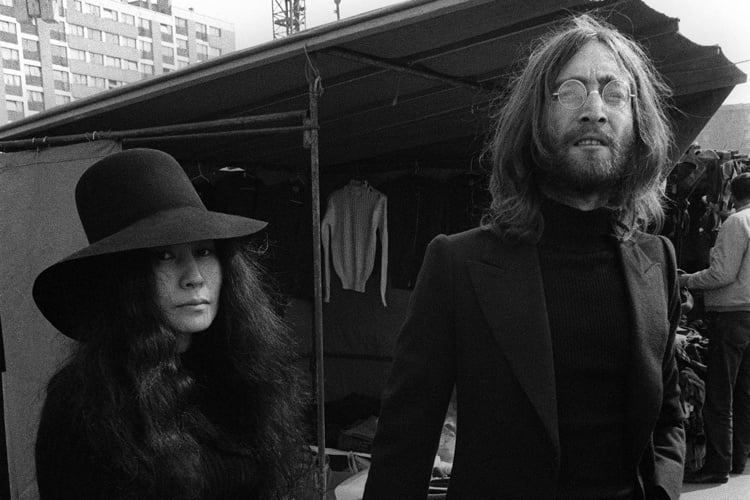 Most controversial among the many bizarre art films Lennon made with Yoko Ono was Self Portrait, a 15-minute slow-motion shot of Lennon's penis going from flaccid to erect.MYCHELE DANIAU/AFP/Getty Images 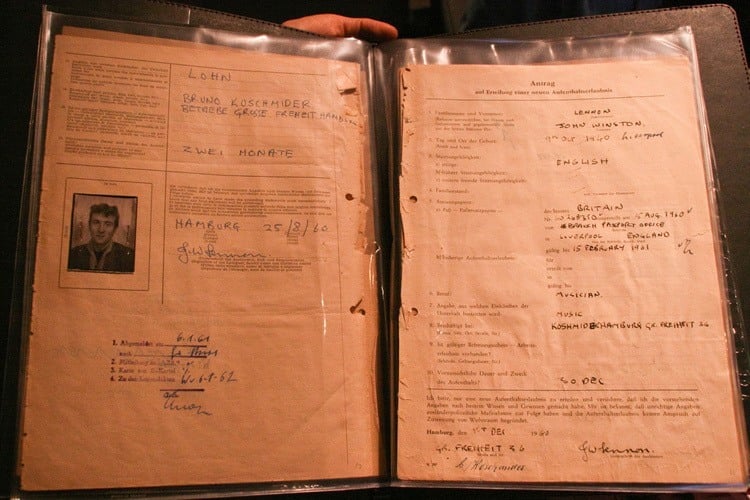 Lennon and the other Beatles were once detained in West Germany for five hours when their booking agent, Allan Williams, failed to obtain their work permits. They were released after Williams convinced authorities that they were merely students on vacation.Stephen Dyrgas/Flickr 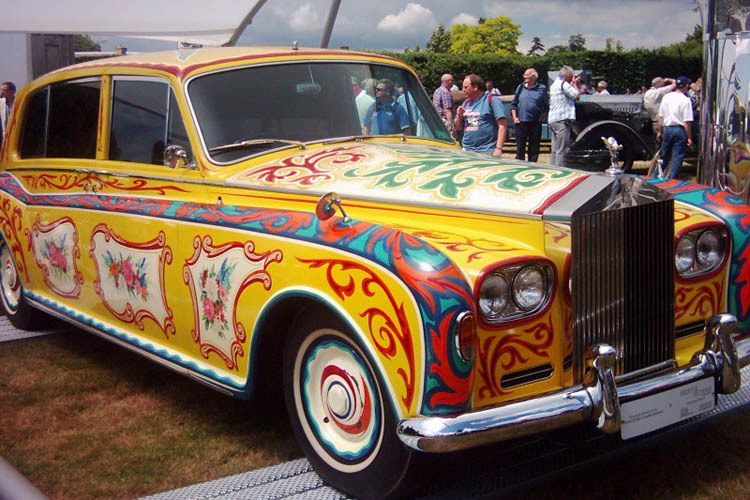 Lennon was a terrible driver, only getting his license at age 25, then crashing his infamous psychedelic Rolls Royce (above) just two years later, injuring himself, Yoko Ono and each of their children. After that, he gave up driving for good.

Eventually, he gave up the Rolls Royce in order to settle a $250,000 tax bill. After his death, the car sold at auction for $2.3 million, making it the most expensive car sold in history.Ian Stannard/Flickr 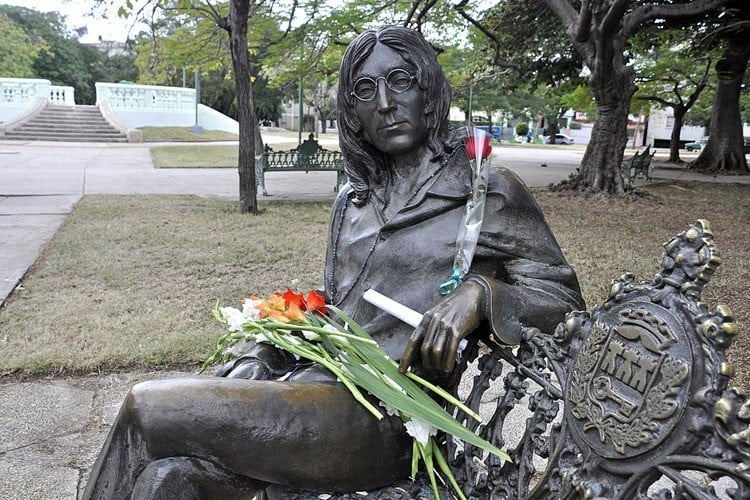 He was the only Beatle to not become a full-time vegetarian. George Harrison and Paul McCartney adopted vegetarianism for philosophical reasons, and Ringo Starr took up the lifestyle because of health concerns. Lennon, however, remained a meat-eater his whole life. STR/AFP/Getty Images 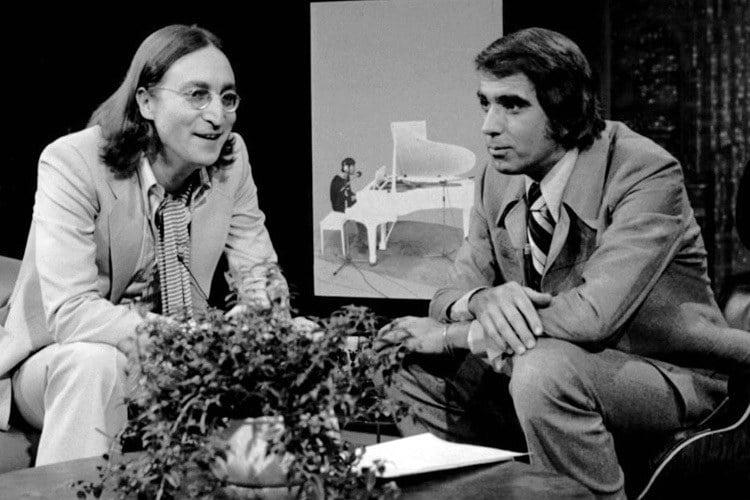 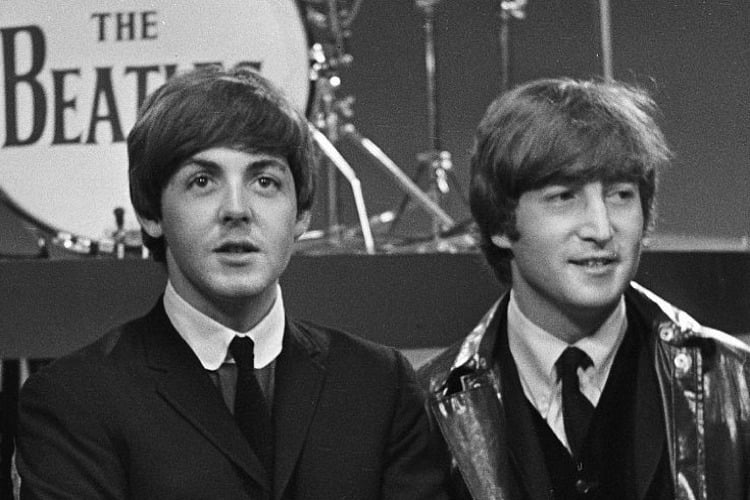 April 24, 1976 was the final time Lennon and Paul McCartney ever saw each other. Hanging out in Lennon's New York apartment, they watched "Saturday Night Live" together. Seeing Lorne Michaels jokingly offer $3,000 for the Beatles to appear on the show, Lennon and McCartney reportedly almost took a cab to the set. Wikimedia Commons 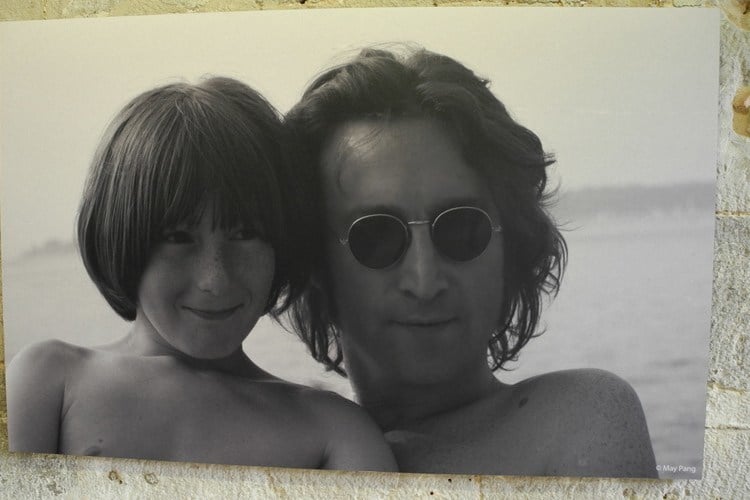 He never had a good relationship with his first son, Julian. The boy was an unwelcome surprise to Lennon, as his birth forced him into marriage with Cynthia Powell at a young age. When Lennon left Cynthia for Yoko Ono, he rarely saw Julian. When Lennon died, Julian was quoted as saying, "There was some very negative stuff talked about me ... like when he said I'd come out of a whiskey bottle on a Saturday night. Stuff like that. You think, where's the love in that?"rafimages/Flickr 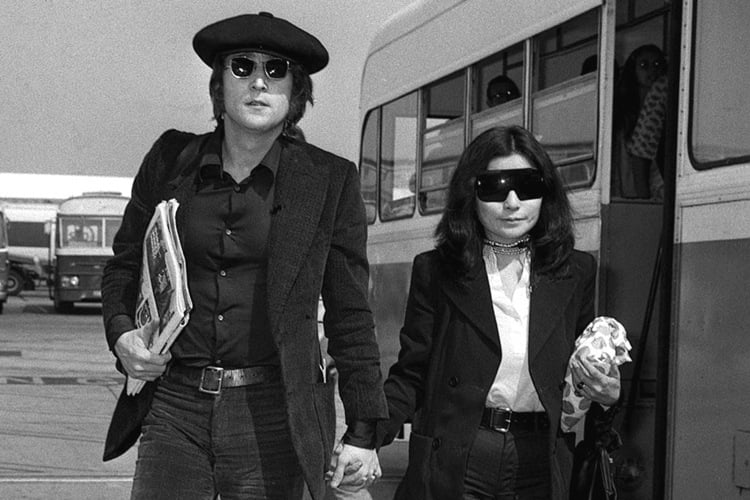 After spending the five years between 1975 and 1980 retired from music, Lennon was compelled to make music again after hearing Paul McCartney's 1980 single "Coming Up" and realizing that he actually liked it and had better get recording again himself.-/AFP/Getty Images 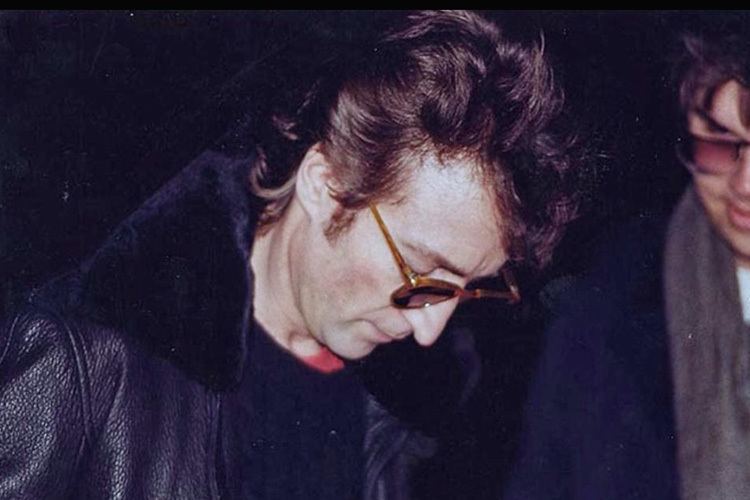 This photograph of John Lennon was taken just five hours before he was murdered by Mark David Chapman on December 8, 1980. The image shows Lennon signing a copy of his Double Fantasy album for the killer himself. RV1864/Flickr 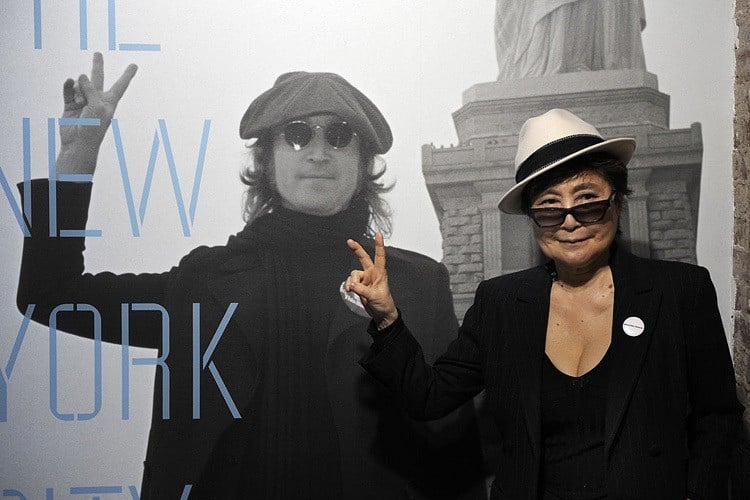 Yoko Ono kept Lennon's death an intensely private affair, holding no funeral and scattering his ashes at an undisclosed location -- by most accounts, somewhere in New York's Central Park.Timothy A. Clary/AFP/Getty Images

Next, delve even deeper into Lennon's life with the 2003 documentary Inside John Lennon:

After reading these John Lennon facts, check out iconic images of Johnny Cash and dark John Lennon quotes that reveal his ugly side.