After Robin Williams died by suicide in his California home on August 11, 2014, an autopsy revealed that he had Lewy body dementia. 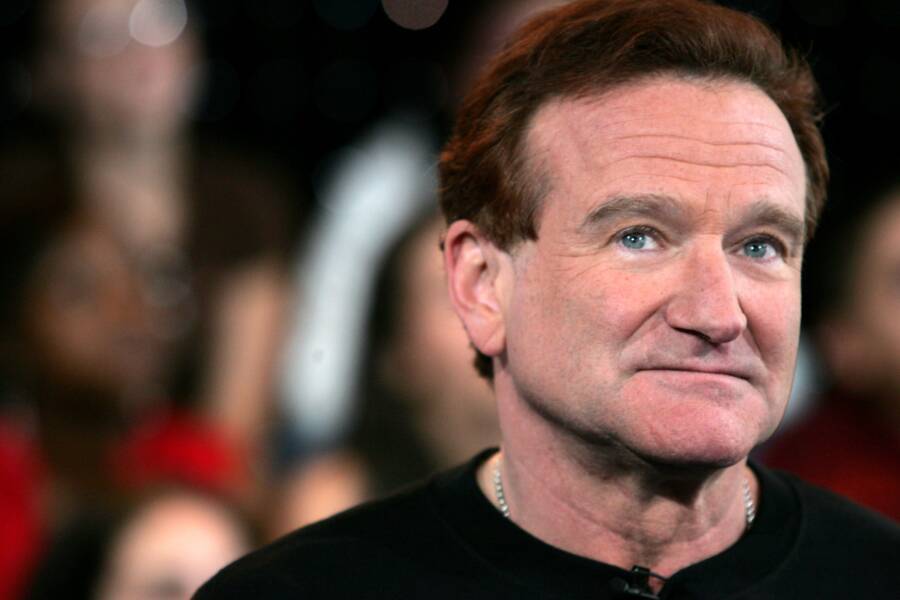 Peter Kramer/Getty ImagesFans were shocked when they learned about how Robin Williams died — and the disease that led up to his death.

On August 11, 2014, Robin Williams was found dead in his home in Paradise Cay, California. The actor was discovered with a belt around his neck, and investigators later found cuts on his left wrist. Tragically, it was soon confirmed that Robin Williams died by suicide at the age of 63.

Up until that point, Williams had spent nearly his whole life making people laugh. A talented comedian and Academy Award-winning actor, he was highly respected among his peers and cherished by his millions of fans.

But despite his happy-go-lucky persona, Robin Williams struggled with alcoholism and drug addiction early on in his career. And later on in his life, he would grapple with mental health issues and physical ailments.

Inside The Troubled Life Of America’s Most Beloved Comedian 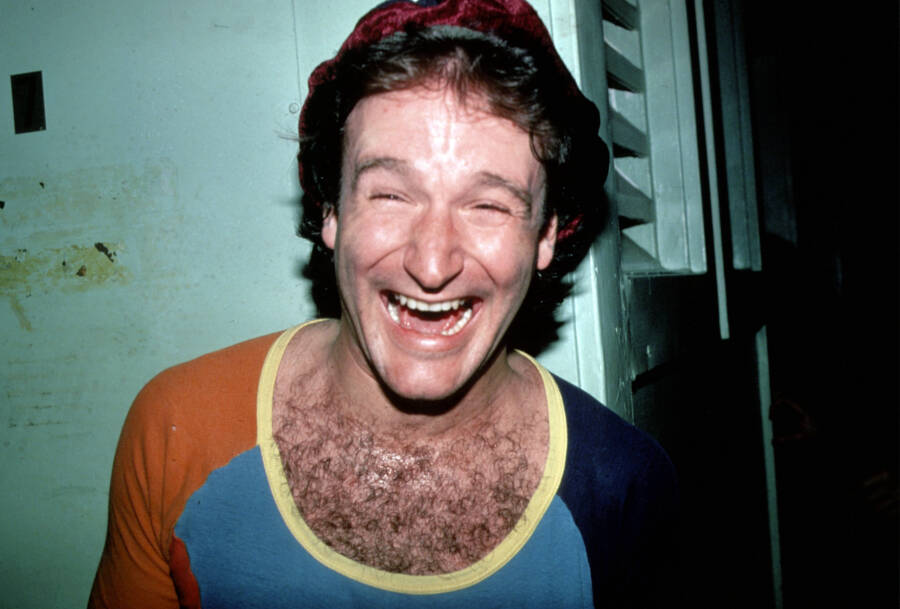 Sonia Moskowitz/Images/Getty ImagesRobin Williams’ career spanned about 40 years and earned him millions of fans around the world.

Robin Williams was born in Chicago, Illinois on July 21, 1951. The son of an executive for the Ford Motor Company and a former fashion model, Williams was eager to entertain at an early age. From family members to classmates, the future comedian simply wanted to make everyone laugh.

When he was a teenager, his family relocated to California. Williams would go on to attend Claremont Men’s College and College of Marin before briefly moving to New York City to attend Juilliard School.

Robin Williams soon went back to California to give the comedy world a try — and created a popular stand-up act in the 1970s. Around the same time, he started appearing in numerous TV shows like Mork & Mindy.

But it was in 1980 that Williams would make his big-screen debut in the movie Popeye as the titular character. From there, he starred in a number of successful films, including Good Morning Vietnam and Dead Poets Society. All the while, he continued to wow people with his comedic skills.

For decades, Robin Williams lit up the big screen with his smile. But under the surface, he struggled with personal demons. In the 1970s and ’80s, Williams developed an addiction to cocaine. He only quit when his friend John Belushi died of an overdose — after partying with him the night before.

Though he never touched cocaine again after Belushi’s death, he began to drink heavily in the early 2000s, which led to him spending time in rehab. All the while, Williams also battled depression. Despite the ongoing success in his professional life, his personal life was full of ups and downs.

Still, it seemed like Williams could bounce back from any setback. And by the early 2010s, it looked like his darkest days were far behind him. But then, he received a heartbreaking diagnosis from his doctor.

How Did Robin Williams Die? 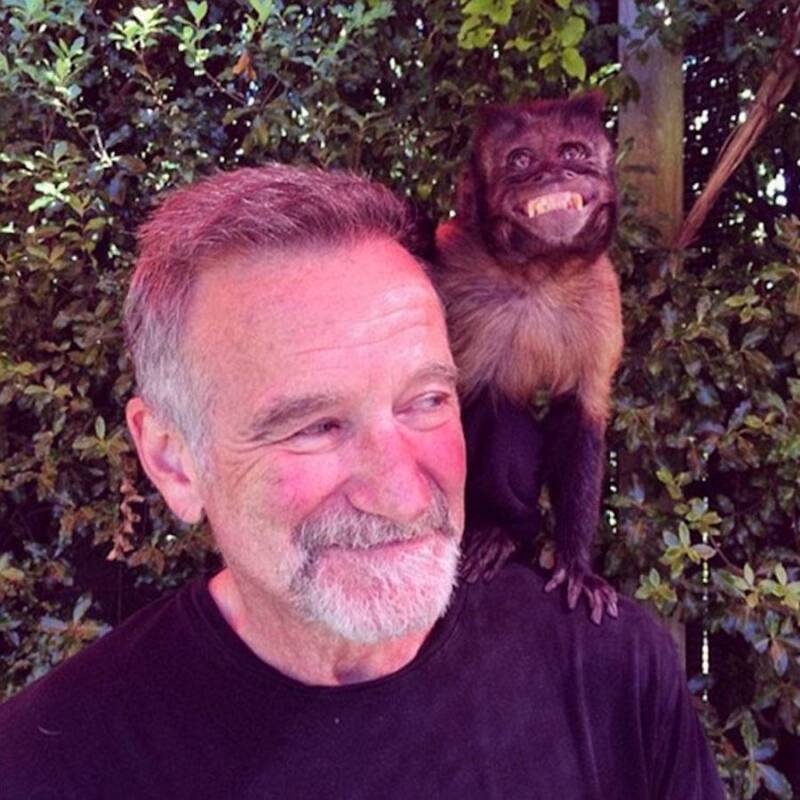 InstagramOn July 21, 2014, Robin Williams posted this photo on Instagram to celebrate his 63rd birthday. It was the last picture he’d ever share with his fans before his tragic death.

Three months before his death in 2014, Robin Williams was diagnosed with Parkinson’s disease. He shared the news with his wife Susan Schneider Williams and his three children (from his two previous marriages). However, he wasn’t ready to share the diagnosis with the public quite yet, so his loved ones agreed to keep his condition private for the time being.

But in the meantime, Robin Williams struggled to understand why he was feeling paranoid, anxious, and depressed. He didn’t feel like the Parkinson’s diagnosis adequately explained those issues. So he and his wife planned to go to a neurocognitive testing facility to see if there was something else going on. But tragically, he would never make it there.

On the night before his death, Robin Williams seemed like he was in a peaceful mood. As Susan Schneider Williams later explained, he was busy with an iPad and appeared to be “getting better.” The last time Susan saw her husband alive was around 10:30 p.m., just before she went to sleep.

His last words that he said to her that night were: “Goodnight, my love… goodnight, goodnight.” At some point after that, he relocated to a different bedroom in the home, where he would breathe his last.

On August 11, 2014, Robin Williams was found dead by his personal assistant at 11:45 a.m. At that point, his wife had left the house, thinking that her husband was asleep. But his assistant decided to pick the lock on the door.

Inside, Robin Williams had clearly died by suicide. Discovered in a seated position on the floor, he had used a belt to hang himself, with one end tied around his neck and the other end secured between a closet door and door frame in the bedroom. Police later noticed superficial cuts on his left wrist.

On a nearby chair, investigators found Williams’ iPad (which did not contain any information related to suicide or suicidal ideation), two different kinds of antidepressants, and a pocketknife with his blood on it — which he had apparently used to cut his wrist. Since he was clearly already gone, no efforts were made to revive him, and he was declared dead at 12:02 p.m.

There were no signs of foul play at the scene, and the only drugs in Williams’ system were caffeine, prescribed antidepressants, and levodopa — a medication used to treat Parkinson’s disease. An autopsy later confirmed that Robin Williams’ cause of death was suicide by asphyxia due to hanging.

His loved ones and fans were devastated when they learned how Robin Williams died. Meanwhile, his publicist put out a statement that he had been struggling with “severe depression” in recent times. So, many assumed that this was the main reason why Robin Williams took his life.

But only his autopsy would reveal the true culprit of his anguish. As it turned out, Williams had been misdiagnosed with Parkinson’s and had a different disease — which remains largely misunderstood to this day.

What Disease Did Robin Williams Have? 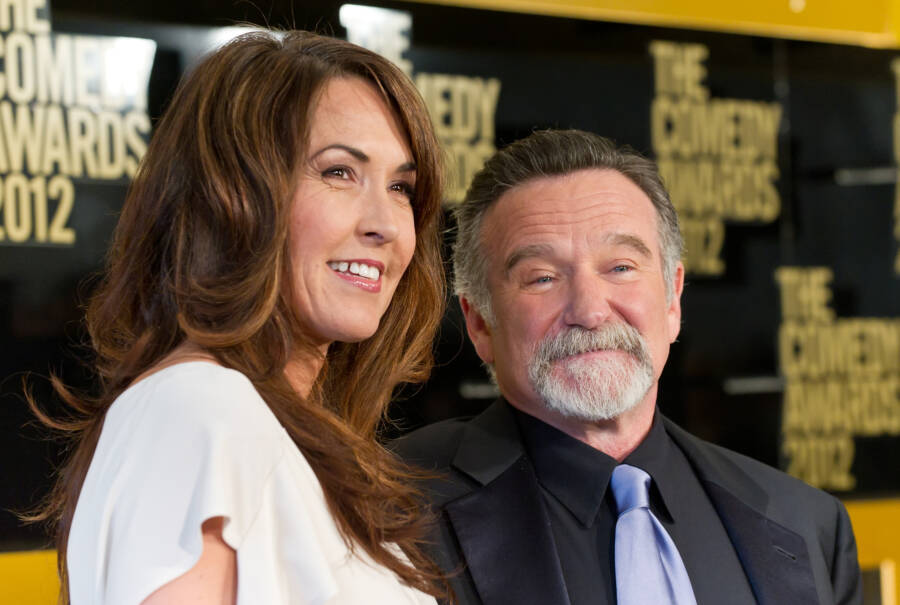 According to his autopsy report, Robin Williams was suffering from Lewy body dementia — a devastating and debilitating brain disease that shares characteristics with both Parkinson’s and Alzheimer’s.

The “Lewy bodies” refer to abnormal clumps of protein that gather in the patient’s brain cells and essentially infiltrate the brain. It’s believed that these clumps are responsible for up to 15 percent of all dementia cases.

The disease heavily impacts sleep, behavior, movement, cognition, and control of one’s own body. And it had certainly taken a toll on Williams.

Still, doctors say he put up an impressive fight despite the difficulties. “People who have great brains, who are incredibly brilliant, can tolerate degenerative disease better than someone who is average,” said Dr. Bruce Miller, an expert familiar with Williams’ case. “Robin Williams was a genius.”

But tragically, no one knew which disease Robin Williams had until after his death. This meant that an incredibly brilliant man was suffering from something that he couldn’t even begin to comprehend — which explained why he was so frustrated when it came to investigating his own symptoms.

And although Robin Williams was due to visit a neurocognitive testing facility, his widow believes that the upcoming appointment may have stressed him out even more in the days before he would take his own life.

“I think he didn’t want to go,” Susan Schneider Williams said. “I think he thought: ‘I’m going to get locked up and never come out.'”

Why Did Robin Williams Take His Life?

While Robin Williams had struggled with drug addiction and alcoholism in the past, he had been clean and sober for eight years before he died.

So for his widow, rumors that her husband had relapsed into his old habits again before his death made her feel angry and frustrated.

As for the claims that Robin Williams took his life because he was suffering from depression, she said, “It was not depression that killed Robin. Depression was one of let’s call it 50 symptoms and it was a small one.”

After doing more research on Lewy body dementia and speaking to numerous doctors, Susan Schneider Williams attributed her beloved husband’s suicide to the horrific disease that he didn’t even know he had.

Medical experts agree. “Lewy body dementia is a devastating illness. It’s a killer. It is fast, it’s progressive,” said Dr. Miller, who works as the director of Memory and Aging at the University of California, San Francisco. “This was about as devastating a form of Lewy body dementia as I had ever seen. It really amazed me that Robin could walk or move at all.”

While Robin Williams sadly never learned what disease he was suffering from, his widow felt a sense of relief that she could at least put a name to it. Since then, she has made it her mission to learn as much as she can about the illness, to educate others who may be unfamiliar, and to correct any inaccurate assumptions about what caused her husband’s death.

She and the rest of his family are also doing their part to make sure that Robin Williams’ memory lives on for years after his death. And there’s no question that this beloved star will never be forgotten.

After learning about Robin Williams’ death, read about Anthony Bourdain’s tragic demise. Then, take a look at the sudden death of Chris Cornell.