Haunting Photos Of People Just Before They Died

In the back of our minds, we know we're going to die. But what does it look like just before it happens? These death photos reveal how mundane the end can look.

Somewhere in the back of our minds, we all know we’re going to die. Even further back in our minds, we have a vague understanding that death can happen to us at any moment, though the millions of moments that have already passed without incident may give us false optimism.

Surely, we think, we’ll have at least a few seconds of warning before the end comes. Maybe even days, weeks, or months? It can’t be the case that I woke up this morning for the last time, and that the end for me is scheduled for this afternoon, can it?

This is a natural way to think about the issue and it’s a fair bet that the people in these pictures probably thought the same thing, right up until the unimaginable happened. In an increasingly photographed world, it is inevitable that some people’s last normal moments will be captured, giving a ghostly tribute to how normal everything can be… right up until the end: 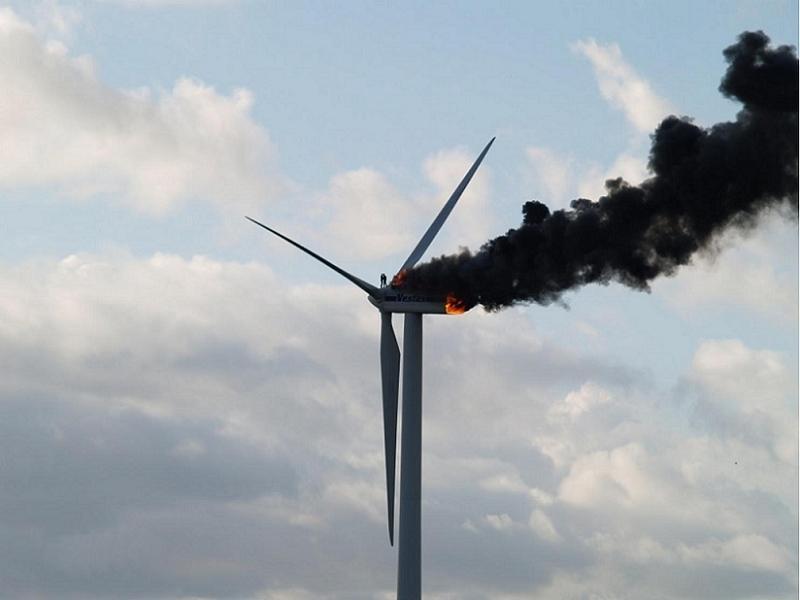 This picture is from Ooltgensplaat, the Netherlands, in 2013. This wind turbine caught fire as two technicians were working on it, and there really wasn't much they could do once the blaze got going. In this picture, the two embrace before one tries his luck at jumping almost 200 feet to his death. The other tried crawling down through the tube, only to get trapped inside. They were 19 and 21 years old. Source: Reddit 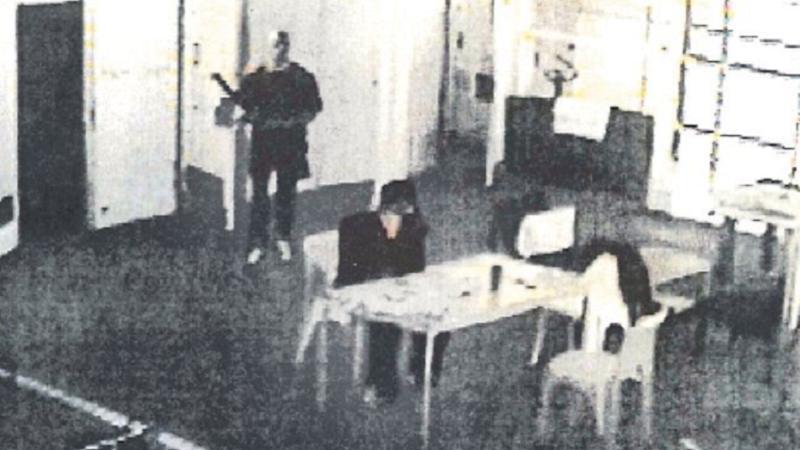 Carl Williams was an Australian drug kingpin who got into some legal trouble and was sentenced to life in an Australian prison. During his time behind bars, he reportedly turned informant and started talking about former associates. In this picture, an associate of his former associates approaches Williams from behind with a piece of tubular steel torn out of an exercise bicycle. Williams' body wasn't discovered for another half an hour. Source: News.com 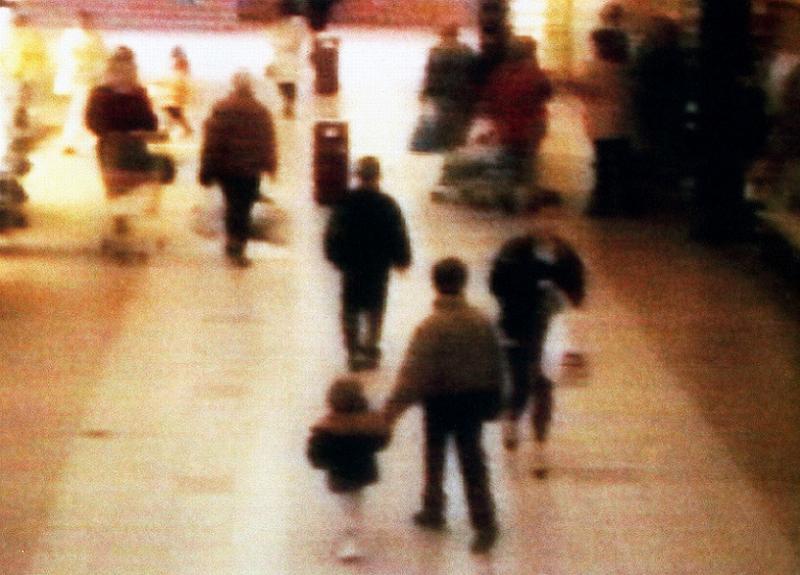 A British mall surveillance camera captured this image in 1993. The little boy is James Bulger, and he's holding hands with a 10-year-old who is leading him out of the mall. After leaving the premises, they were joined by another 10-year-old. Together, the two older boys killed James, apparently for no reason. The senseless brutality of the murder shocked British society to its core. James' killers were held for years in juvenile detention, then took new identities on being released as adults. Source: The Mirror 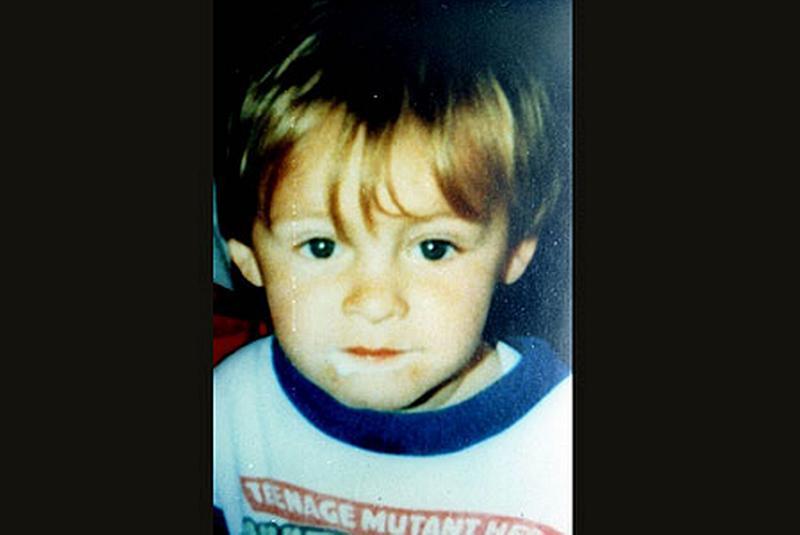 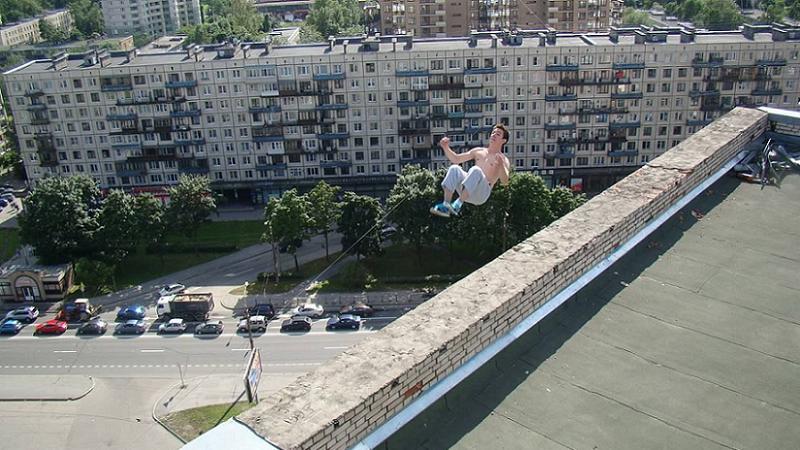 Parkour is an amazing urban sport. Freerunners leap, scale, and flip over the sides of buildings as if gravity has given them a hall pass. Pavil Kashin, however, had his pass revoked with this maneuver. In this picture, Pavil is flipping on the ledge of a 16-story building. The maneuver was successful, but he lost his footing just after landing. Kashin fell over the edge and died on impact. Source: Farang Magazine 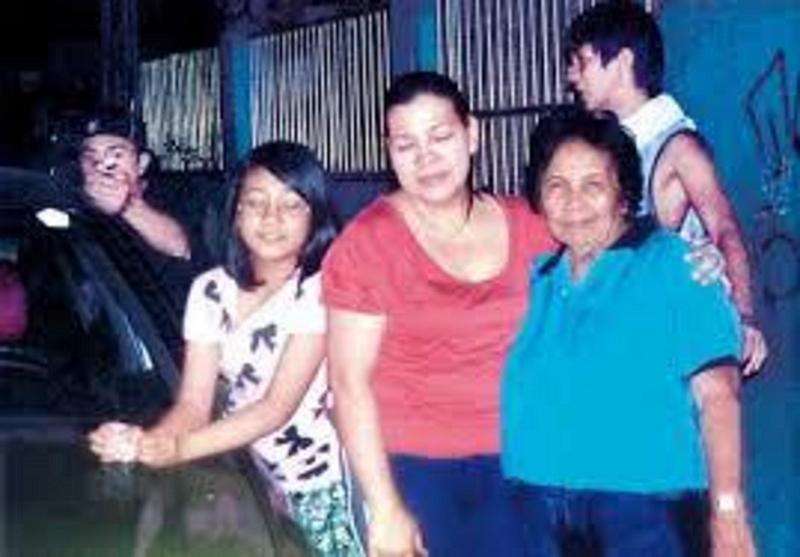 Reynaldo Dagsa was a Filipino politician who specialized in antagonizing violent gangsters. Like Begnino Aquino before him, Dagsa would be made to pay for making enemies. This picture, taken just after midnight on New Year's Day, 2011, shows Dagsa's family celebrating the holiday. It also shows a man named Arnel Buenaflor jumping out of his car and firing the shot that would kill Reynaldo, who was taking this picture. When your victim literally takes your photograph as you squeeze the trigger, you're as good as convicted. Buenaflor and two partners were arrested within days of the murder. Source: Imgur 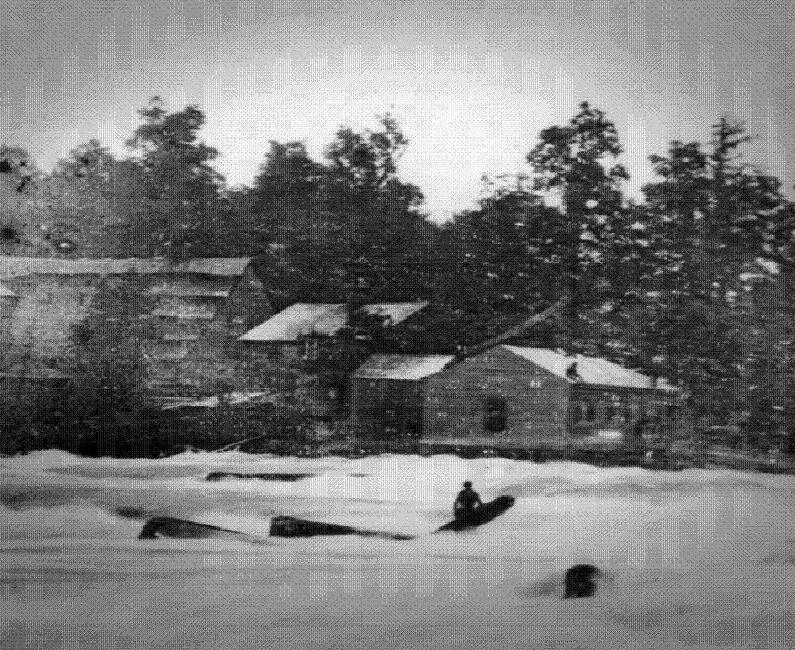 Joseph Avery went rafting on the Niagara River in 1853. During the trip, the team's boat capsized, and Avery's two companions drowned. A strong swimmer, Avery managed to get to a log, which is where this photograph was taken. Unfortunately, nobody had the equipment or the expertise to mount a successful rescue, and after 18 hours he lost his grip. Avery's body was swept over Niagara Falls. Source: Niagara Hub 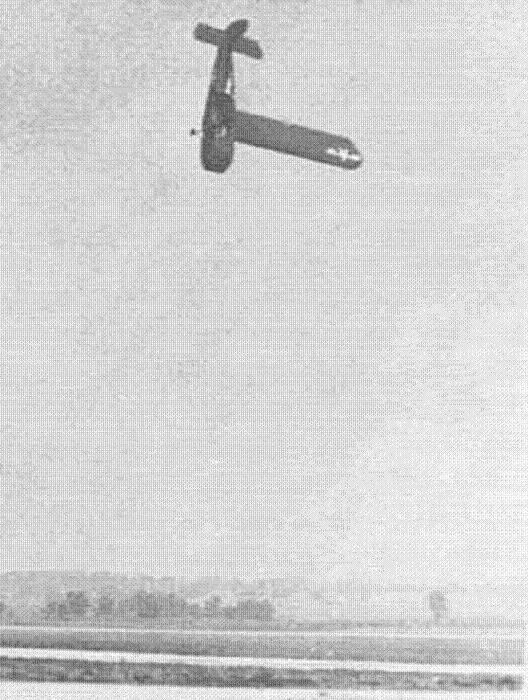 Quick science lesson: Gliders, in order to stay in the air, must have a minimum of two (2) wings, preferably one on each side. On its first public exhibition in St. Louis in 1943, this Waco glider crashed after a poorly-fastened bolt came loose and the starboard wing sheared off. The glider plummeted 2,000 feet onto Lambert field and hit the ground with what one witness described as a dull thud, killing 10 people. Source: Gen Disasters 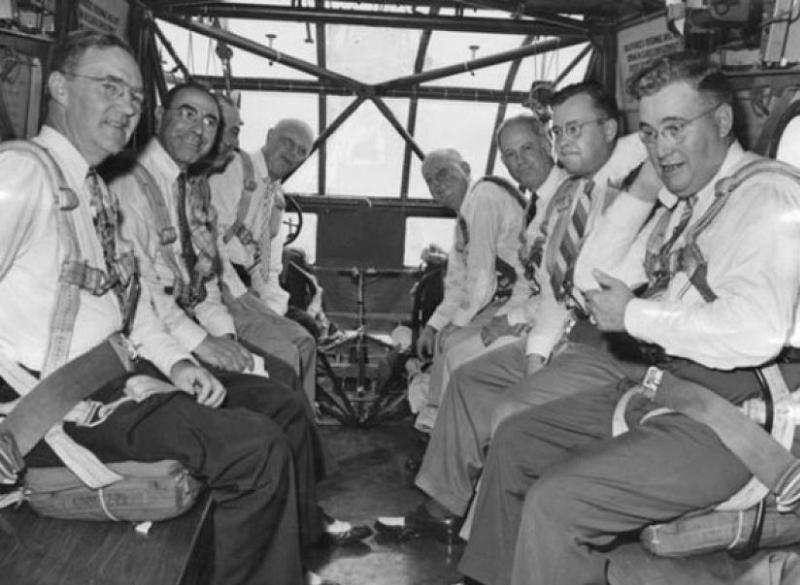 And what people they were! Since this was the Waco's first public exhibition, all kinds of important people went up for the test flight. The group in this picture, which was taken a few minutes before liftoff, includes St. Louis Mayor William Becker; William Robertson – the founder of Lambert Airport and head of the company that built the glider; Chamber of Commerce president Thomas Dysant; and the St. Louis County Chief Executive, Henry Mueller. In a single crash, a sizable fraction of St. Louis' political and business elite were lost, which is something to think about if the mayor of your city ever invites you and his golfing buddies along on a SpaceX trip he's taking. Source: Kurir 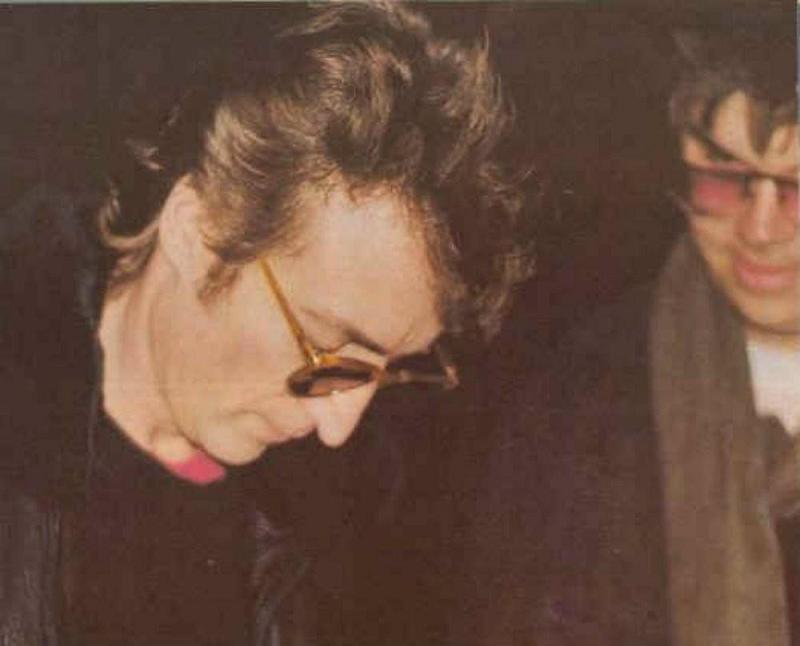 John Lennon, signing an autograph for Mark David Chapman – his biggest fan. Chapman shot Lennon a few hours after this picture was taken, as Lennon was returning to his apartment. Source: This Is Ego 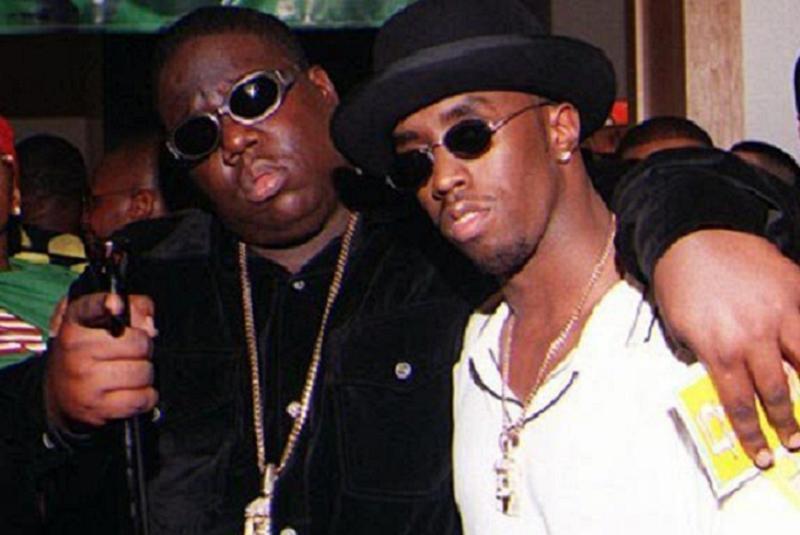 Speaking of groundbreaking musicians, here's the Notorious B.I.G. enjoying a night out in Los Angeles. The dapper young man at his side is Sean Combs, a.k.a. "the guy whose job used to be saying 'that's right' in the background whenever Biggie sang." Right after this picture was taken, the 24-year-old Biggie got in his car and was shot at a red light by some prick in an Impala. Source: Genius 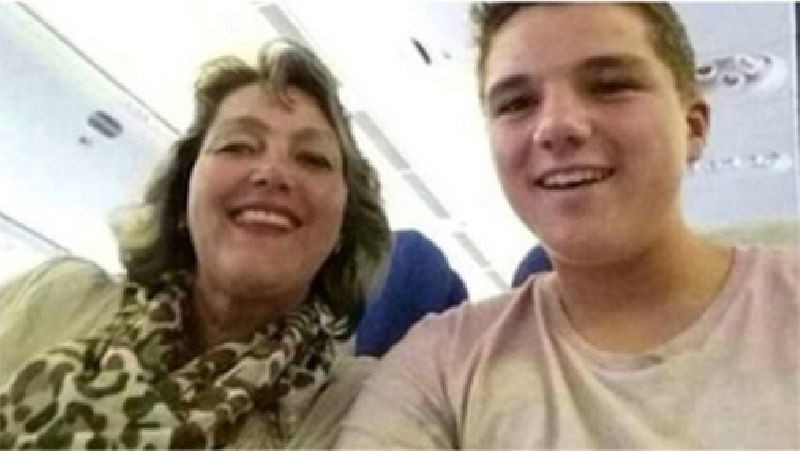 This is Gary Slok, posing for a selfie with his mom right before their flight lifts off from Amsterdam in June 2014, at the start of their South Pacific vacation. A few hours later, their flight, Malaysian Airlines Flight MH17, was shot down over Ukraine with no survivors. Source: Blog Gang 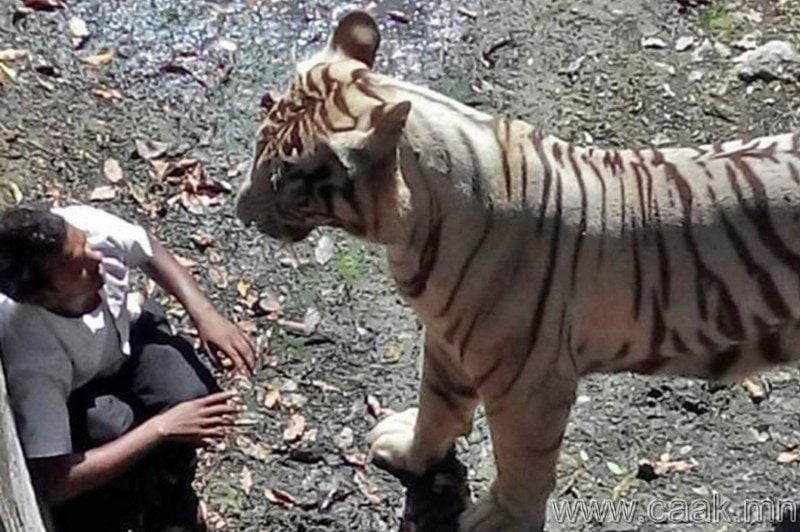 This 20-year-old man, identified to the press by his first name, Maqsood, allegedly crossed two or three barriers to get to the edge of the New Delhi Zoo's tiger exhibit. As you can see, he slipped and fell 18 feet into the moat. The tiger saw it too, and came over to investigate. What happened next is probably best left to the imagination, but it was a couple of hours before zookeepers were able to drive the tiger back into its cage and recover the body. Source: Bataar 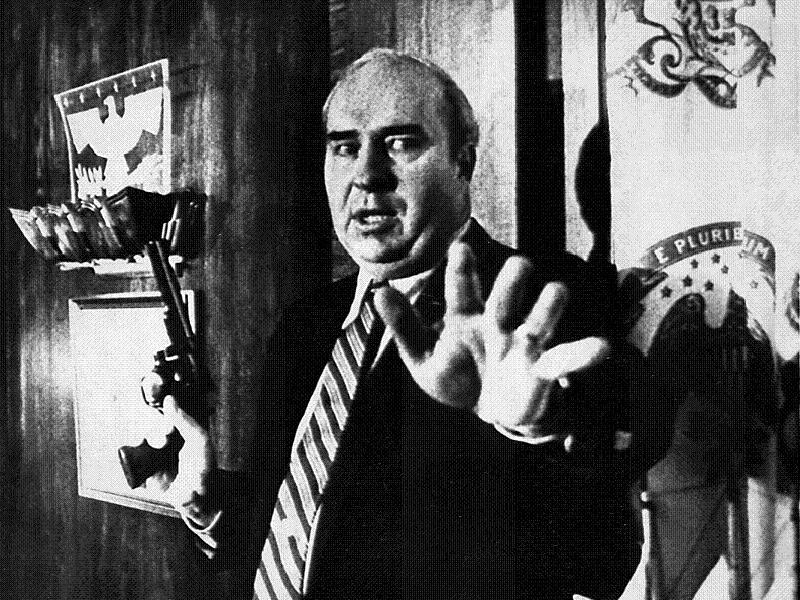 Older readers will doubtless remember R. Budd Dwyer, pictured here at his last press conference. Dwyer was a career politician and Pennsylvania State Treasurer who, in 1986, was convicted of some serious corruption charges. This press conference was called immediately before he could be removed from office. At the conference, Dwyer repeated his denial that he had broken the law. After his statement, Dwyer pulled a revolver out of a paper bag. In this picture, he's warning onlookers to stay away, as: "this thing could go off." Source: Penn Live 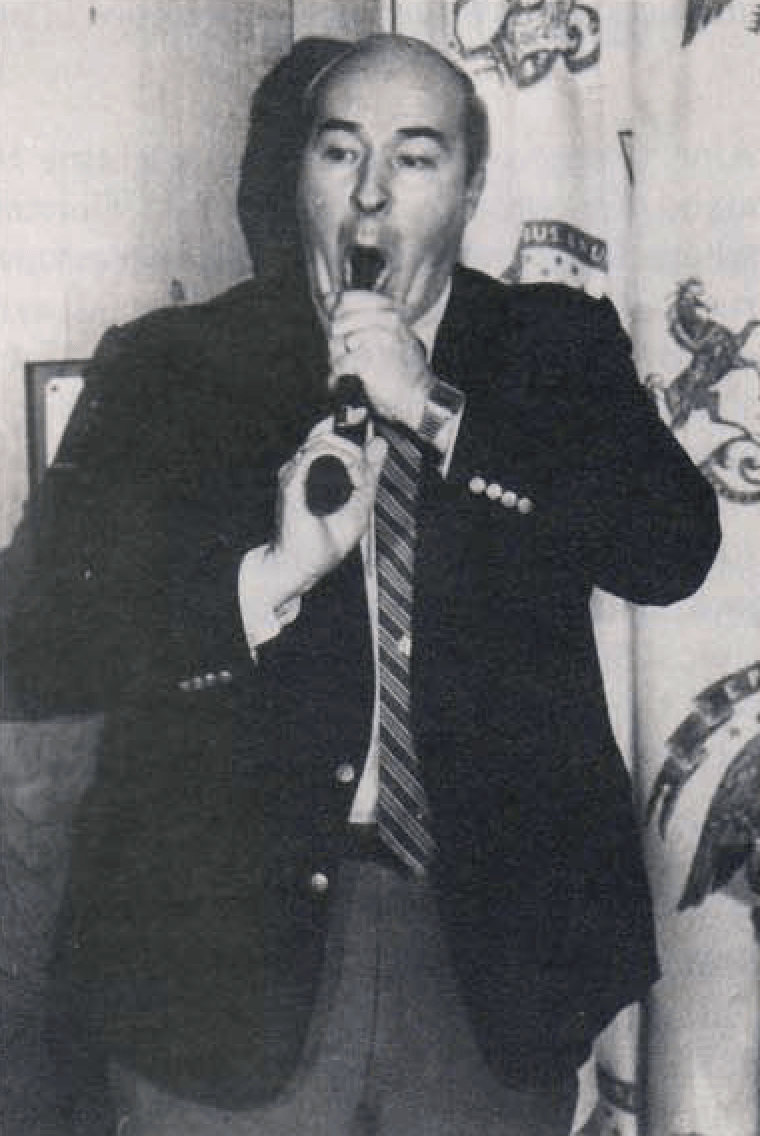 Then he did this. As it happens, this wasn't exactly the irrational act of a desperate man. Since he had already been convicted of corruption charges, Dwyer was no longer eligible to hold his office, and in fact was due to be formally removed that afternoon. By killing himself before his official firing, Dwyer ensured his state pension would be paid to his surviving dependents. Source: Wordpress 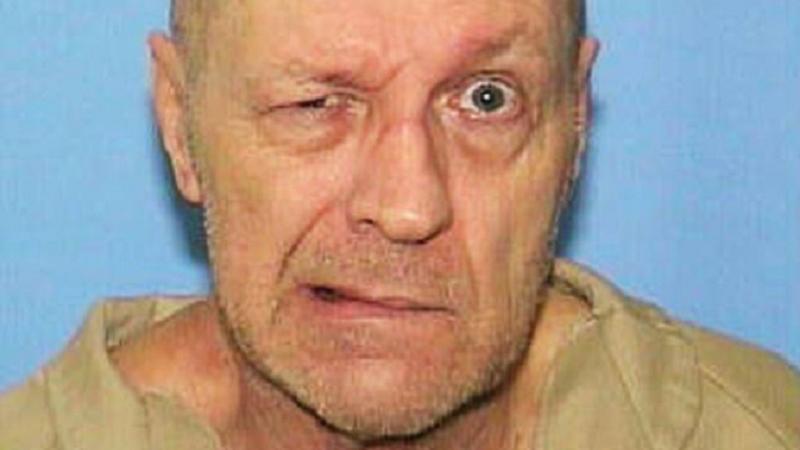 This perfectly normal looking guy is Robert Ben Rhoades. Like all people whose middle name is used in news reports, he's a serial killer. His thing was picking up hitchhikers in the early '90s and . . . doing things to them. He's sitting on multiple life sentences, and he keeps confessing to more killings, so he probably isn't getting out. Anyway, the next picture is the last one in this gallery. It was taken of Regina Walters, one of Rhoades' victims. It isn't graphic, but we won't hold it against you if you maybe skip it. Source: Img ArcadeIllinois Department of Corrections/AP Photo/IDOC 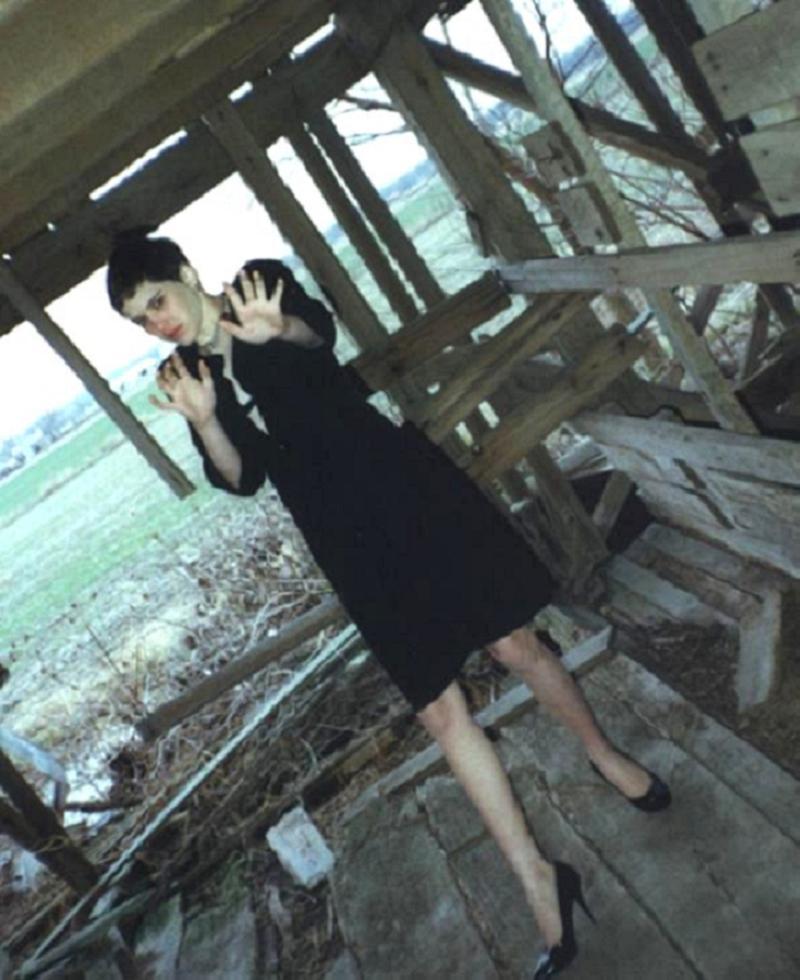 Regina Kay Walters (1975-1990). Nothing to say here. No jokes. She was 15. Rhoades took this picture in a dilapidated barn a few minutes before he killed her. The pewter lining is that this picture was shown to the jury and earned Rhoades his first life sentence. Source: Reddit

Be sure to like All That Is Interesting on Facebook and to check out our other galleries on life inside North Korea and the last photos of 15 icons before they died. Then, read up on the five worst ways to die.