In 1901, Leon Czolgosz shot President McKinley twice at the Pan-American Exposition in Buffalo, New York. He was executed for the assassination less than two months later. 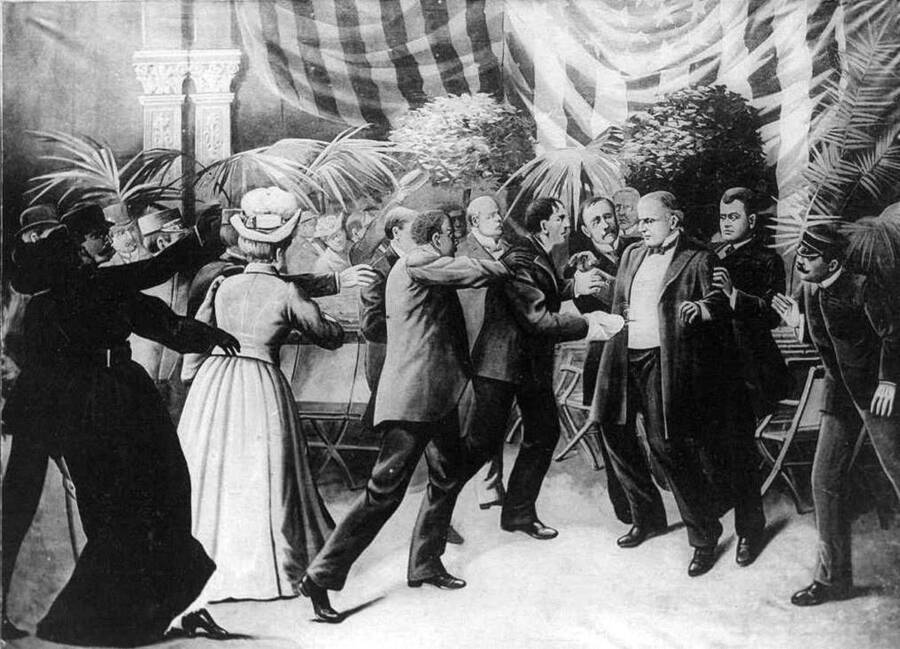 President William McKinley believed in luck. He specifically believed in the luck brought by red carnations, which is why he wore one to the Pan-American Exposition in Buffalo, New York, on September 6, 1901. When a little girl asked him for the flower, the president gave it to her. Then, Leon Czolgosz shot McKinley in the abdomen.

For Czolgosz, luck had nothing to do with it. An anarchist who’d become enraged by inequality in the United States, Czolgosz saw McKinley as the “enemy of the good people.” Upon learning that McKinley would be at the Pan-American Exposition, he bought a train ticket. Then, he bought a gun.

In the end, Leon Czolgosz did more than end McKinley’s life. He also altered the course of American history. The president’s death elevated his young, dynamic vice president, 42-year-old Theodore Roosevelt, to the White House.

How Leon Czolgosz Decided To Kill The President 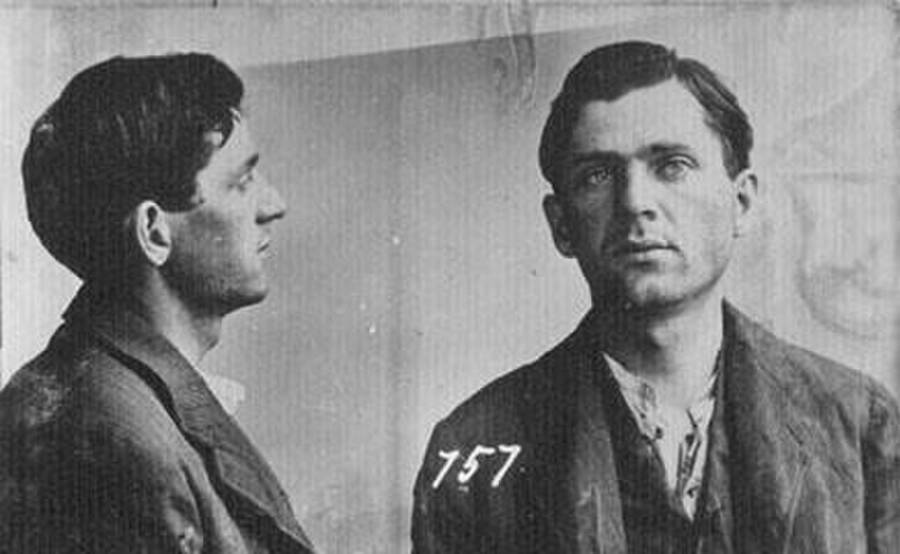 Born on May 5, 1873, to Russian-Polish immigrant parents, Leon Czolgosz grew up one of eight children in Detroit, Michigan. As a teenager, he found work at a glass factory just outside of Pittsburgh, Pennsylvania, then at a steel mill in Cleveland, Ohio.

According to his confession, published in the New York Times on Sept. 8, 1901, Czolgosz’s experiences in Cleveland proved formative.

Wage cuts, strikes, and tensions between mill workers and owners convinced Czolgosz that the system was rigged against the poor. He began to dabble in socialism, then anarchism.

And then, in May 1901, Leon Czolgosz fatefully attended a speech given by anarchist Emma Goldman.

“I know I was bitter,” he said in his confession. “I never had much luck at anything, and this preyed upon me. It made me morose and envious but what started the craze to kill was a lecture I heard some little time ago by Emma Goldman… She set me on fire.” 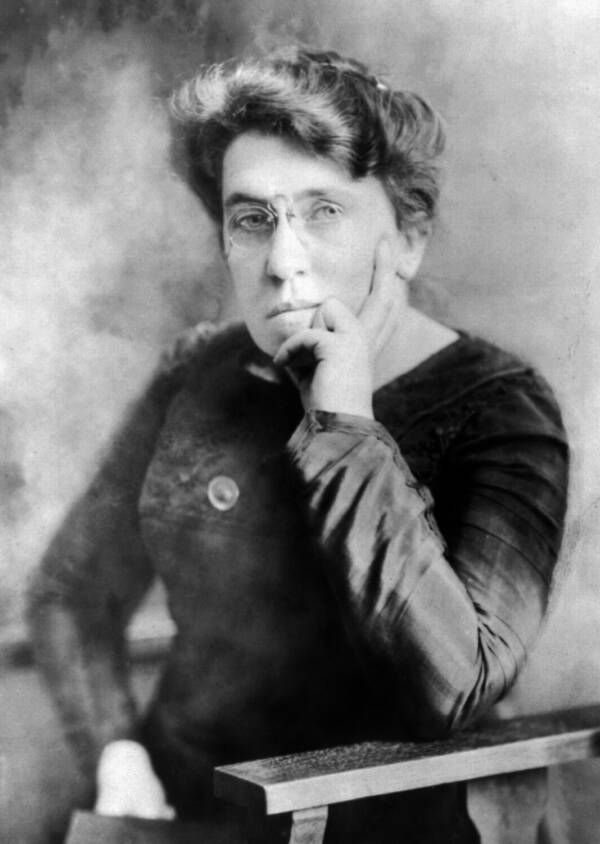 Public DomainEmma Goldman was a feminist, anarchist, and activist.

Goldman, Czolgosz claimed, had said that all rulers should be “exterminated.” This fit in neatly with Czolgosz’s own rage about unfair working conditions and the power of the elites.

“Her doctrine… set me to thinking so that my head nearly split with the pain,” Czolgosz said. “Miss Goldman’s words went right through me, and when I left the lecture I had made up my mind that I would have to do something heroic for the cause I loved.”

Goldman and Czolgosz did, indeed, have a passing acquaintance. But in her memoir, Living My Life, Goldman noted that other anarchists actually suspected the socially awkward Czolgosz of being a spy. He’d introduced himself as Fred Nieman (a Polish and German surname that translates to “nobody”) and had aroused suspicion by asking too many questions.

The Assassination Of William McKinley 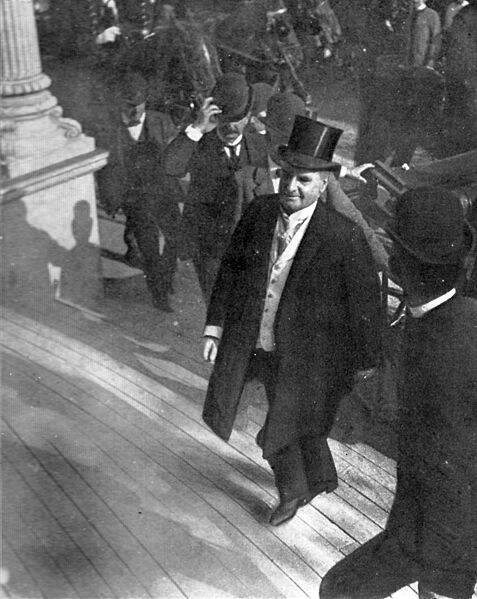 Public DomainPresident William McKinley mounting the steps to the Temple of Music, where Leon Czolgosz shot him on Sept. 6, 1901.

According to The Buffalo News, Leon Czolgosz arrived in Buffalo, New York, on Aug. 31, 1901. On Tuesday, Sept. 3 — the day before President McKinley was due to arrive in Buffalo — he bought a .32 caliber Iver Johnson revolver at a local hardware store.

“Not until Tuesday morning did the resolution to shoot the president take a hold of me,” Czolgosz later confessed. “It was in my heart; there was no escape for me. I could not have conquered it had my life been at stake.”

On Sept. 4, Czolgosz waited at the train station with a large crowd for President McKinley to arrive. Ironically, McKinley had a brush with death when his train pulled in and a 21-shot salute from three cannons meant to honor his arrival shattered the windows of the first car. But McKinley emerged unscathed, and Czolgosz couldn’t get close enough to him through the crowd.

Over the following two days, Czolgosz tried — and failed — to put his plan into action. Finally, on Sept. 6, Czolgosz found his opportunity when McKinley attended an exposition at the Temple of Music. 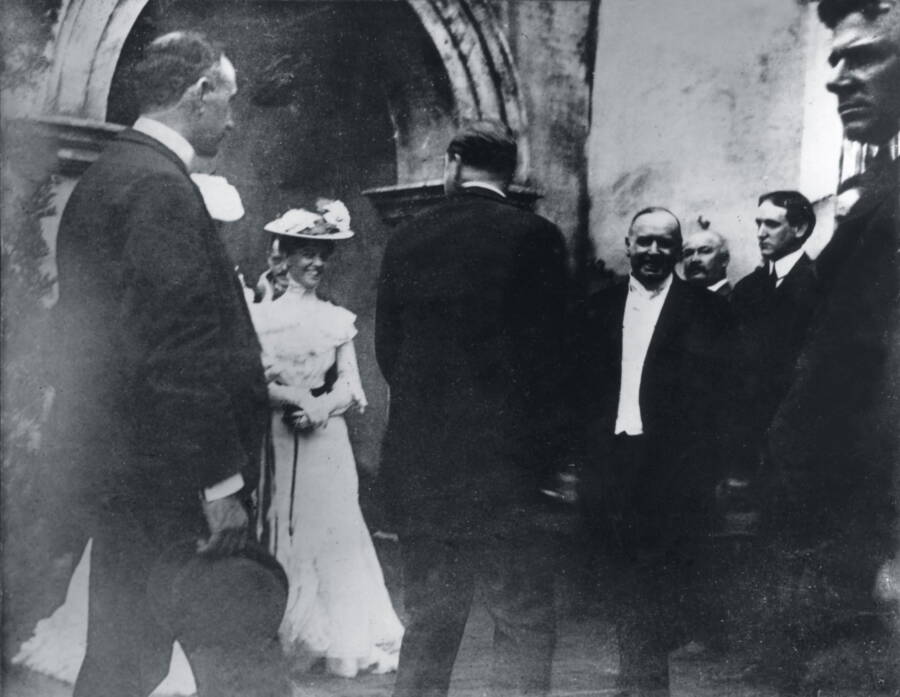 Library of CongressWilliam McKinley at the Temple of Music on September 6, 1901, likely mere minutes before he was shot.

The assassin waited in line as the president made his way through the crowd, shaking hands. At one point, he met a 12-year-old girl named Myrtle Ledger who asked him for the red carnation he wore for luck in his lapel. “I must give this flower to another little flower,” McKinley said, according to the Tribune Chronicle.

Just a few minutes later, McKinley found himself facing Leon Czolgosz, who had his gun hidden under a white handkerchief in his right hand. Though people were supposed to approach the president empty-handed, McKinley may have thought that Czolgosz was concealing a deformity or that he held the handkerchief because the day was so hot.

Either way, the president reached to shake Czolgosz’s left hand — and Czolgosz shot him twice in the abdomen.

“I would have fired more,” Czolgosz later confessed, “but I was stunned by a blow in the face.”

The blow came from an African-American waiter named James Parker, who reacted faster than McKinley’s guards to the gunfire. As the rest of the crowd turned on Czolgosz, McKinley instructed them not to hurt the “poor misguided fellow,” according to PBS. He then told his secretary, “My wife, be careful… how you tell her, oh be careful.”

Czolgosz had shot McKinley once in the stomach and once in the sternum. And though the sternum wound was superficial, the abdominal wound caused the president to succumb to gangrene on Sept. 14. He died whispering the words to his favorite hymn, “Nearer, my God, to Thee, Nearer to Thee.”

In the aftermath, Leon Czolgosz proudly declared that he’d killed the president in the name of anarchy. “I am an anarchist. I am a disciple of Emma Goldman,” he told the police when they asked him for his motive. “Her words set me on fire.”

The Legacy Of Leon Czolgosz 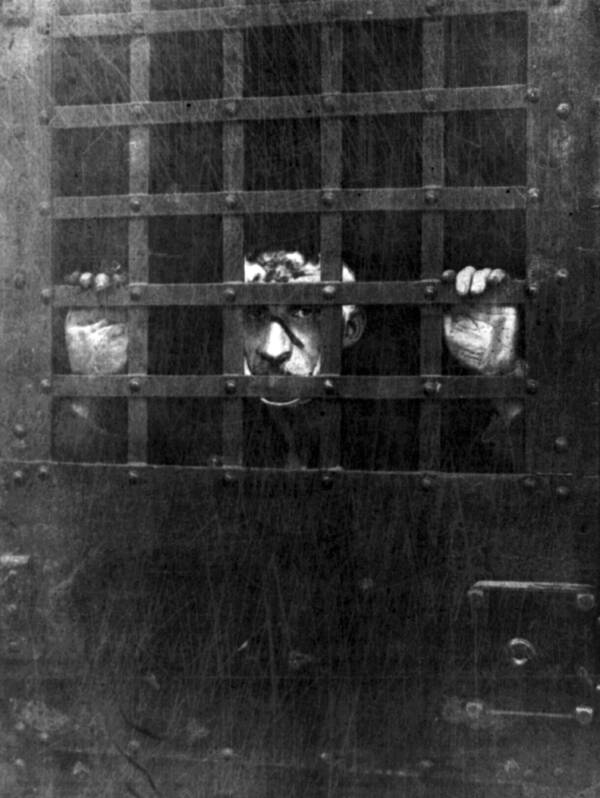 Library of CongressLeon Czolgosz died in the electric chair at the age of 28.

Following William McKinley’s death, Leon Czolgosz was declared sane, and he was found guilty of first-degree murder on Sept. 24, 1901. The assassin was sentenced to death two days later and executed in the electric chair on Oct. 29, at the age of 28.

“I killed the President because he was the enemy of the good people — the good working people,” Czolgosz declared at his execution. He added, “I am not sorry for my crime. I am sorry I could not see my father.”

Goldman, for her part, denied any association with Czolgosz, though she defended his actions.

“As an anarchist, I am opposed to violence,” she said. “But if the people want to do away with assassins, they must do away with the conditions which produce murderers.”

Like any presidential assassin, Czolgosz left a deep mark on American history. He cut short the second term of William McKinley and elevated his vice president, Theodore Roosevelt, to the White House.

Roosevelt would go on to modernize and expand the American presidency, conserve millions of acres of land, and steer the nation with a foreign policy in which he’d “speak softly and carry a big stick.”

In that way, Leon Czolgosz did more than kill William McKinley in September 1901. The assassin also irrevocably changed the course of American history and ushered the country into the 20th century.

After reading about Leon Czolgosz and the assassination of President William McKinley, learn about Charles Guiteau, who fatally shot President James Garfield. Or, look through these eight presidential assassination attempts from U.S. history.