The 7 Most Shocking Election Upsets In Presidential History 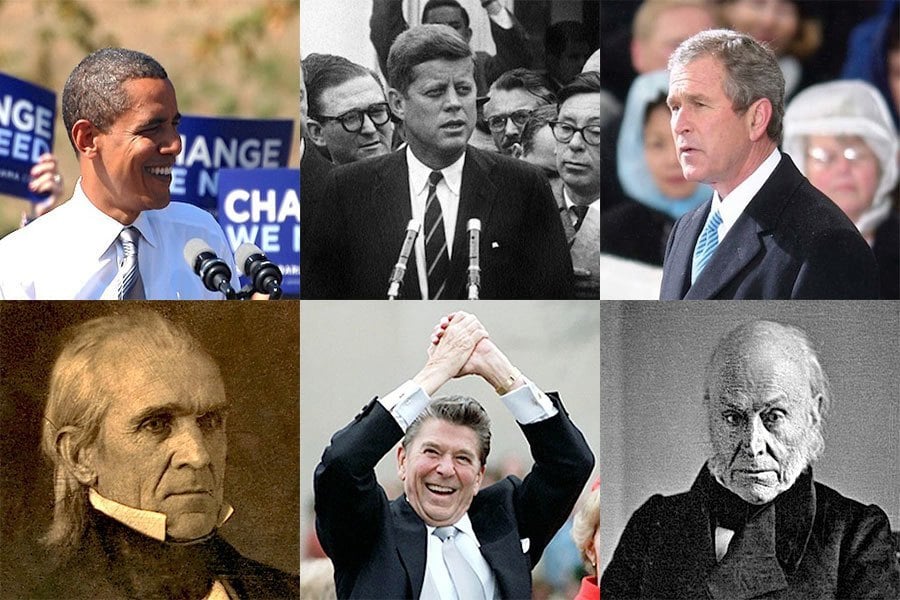 With caucusing and voting about to begin in the 2016 U.S. presidential elections, it is worth looking back at seven of the biggest upsets and surprises in the country’s history. If these historical chapters teach us anything, it is that all the experts can be wrong and that anything can happen: 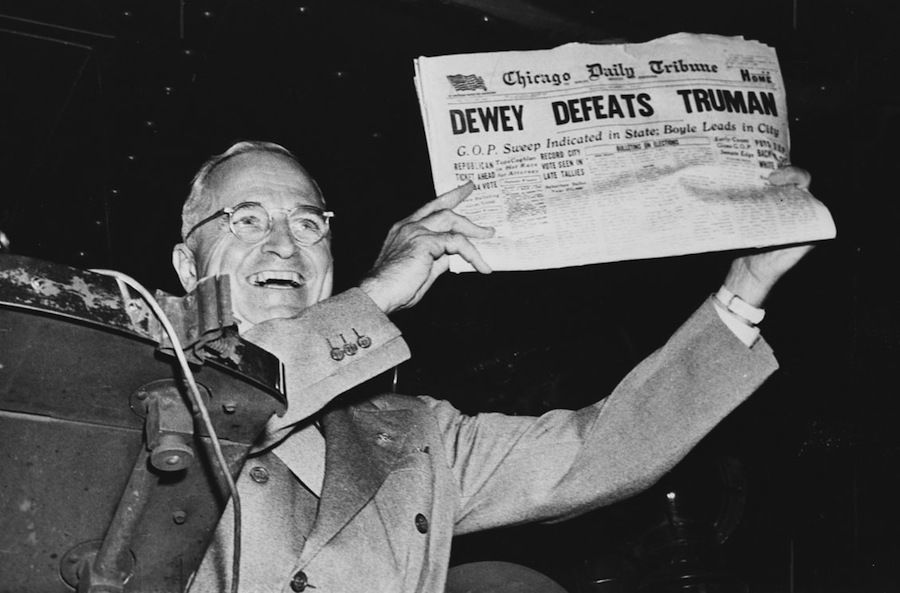 In one of the most famous photos in the history of U.S. politics, re-elected President Truman holds up a newspaper that had wrongly declared his demise. Source: National Archives

Weeks before the 1948 presidential election, the Washington Star ran a political cartoon showing a distraught President Harry Truman looking at a bulletin board full of dismal headlines about his re-election chances. In the cartoon, Truman’s opponent, Thomas Dewey, stands behind the President, smirking and saying, “What’s the use of going through with the election?”

No one thought Truman would win a second term. Dewey, the Republican governor of New York, was an incredibly popular figure, and Truman also faced open rebellion within his own Democratic party as Strom Thurmond made a run for the White House as the leader of the racist Dixiecrats. Despite a near national conviction that he would lose the election, Truman campaigned fiercely in the fall of 1948. During a campaign around the country that covered nearly 22,000 miles, Truman convinced voters to give him another four years. And though the Chicago Tribune (in)famously declared that “Dewey Defeats Truman” in its morning-after headline, the count of actual votes showed President Truman had convincingly beat his New York challenger.

2. Yes We Can: Obama Stops the “Inevitable” 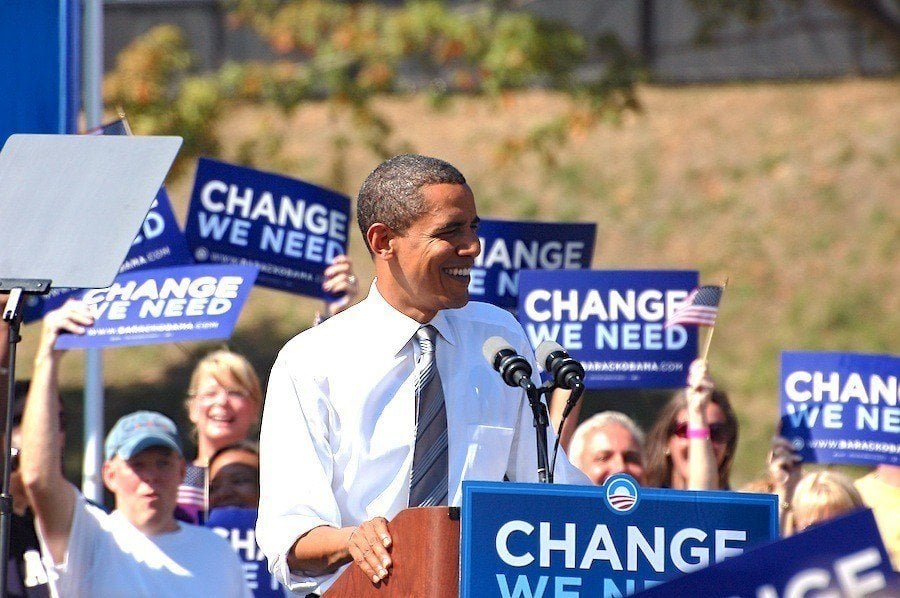 Barack Obama on the campaign trail in 2008. Source: Flickr

Hillary Clinton has been “inevitable” before. But unlike today, when she faces only two, relatively weak primary challengers, eight years ago she was up against a field that included a young senator from Illinois, named Barack Obama.

Barack Obama’s 2008 defeat of the Clinton presidential machine is one of two nomination upsets that makes our list. As a senator from New York, Clinton, then as now, was a highly regarded figure in the Democratic party in her own right, as well as the wife of a very popular former president.

Senator Obama, on the other hand, was two-years on the job in the Senate and, before the campaign, a relatively unknown figure. His talent as a campaigner as well as several key endorsements pushed him into the lead in January 2008, but it would take six months of primary voting before Clinton dropped out and endorsed Obama in June. He took his message of “Change We Can Believe In” and “Yes We Can” into the general election match-up with John McCain, won decisively, and became the first African American President of the United States.