The White Queen: The Best “Queen Elizabeth” Who You Know Nothing About

Elizabeth Woodville, known as the White Queen, pissed off the royal family so much they wanted to kill her. Which naturally makes her one of the most interesting figures in royal history. 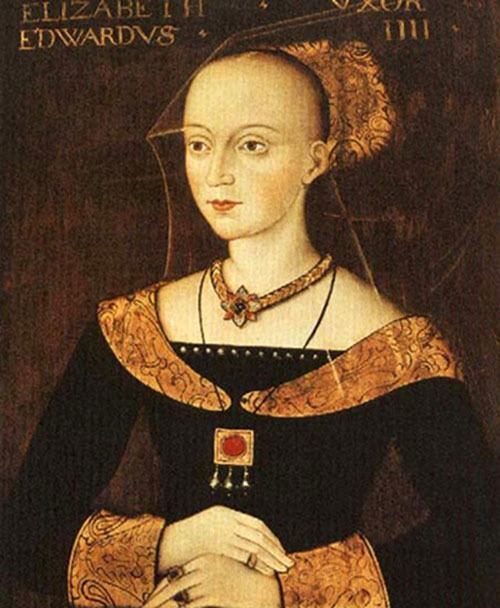 Of all the Queen Elizabeths in history, Elizabeth Woodville was definitely the most badass — which makes one wonder why she hasn’t received the same amount of attention as subsequent Elizabeths.

It might have something to do with the fact that the British monarchy hated her guts, mainly because they felt she used her feminine wiles to nab herself the king and was totally nepotistic after the crown was hers. Can you blame a girl for trying?

Elizabeth Woodville was the eldest of fourteen children born to the Earl of Rivers and his wife, Jacquetta, in February 1437. She married young to Earl John Grey (but not like the tea– that dude came later). She bore him two sons, Richard and Thomas. Unfortunately for Elizabeth and her boys, the Earl was killed in the Battle of Saint Albans and all of her dower lands were confiscated by the Yorks. Seriously down on her luck, she moved back home with her parents. 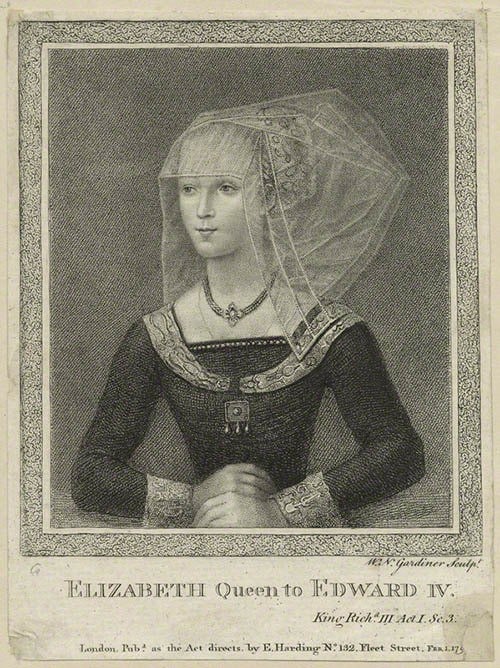 Elizabeth Woodville had a plan, though. She wanted her lands back — as they were her right now that she was a dowager — and figured the only way to get them back was to ask King Edward IV for them. Ballsy, perhaps, but her plan worked — if it’s true. Legend has it that she took her sons into the village and sat down near the path which the King took daily (as he was recruiting for the next battle).

She stopped him, demanded her land back — and he was like, “Sure, if you’ll be my mistress,” and she basically said, “No, I will not, but you are going to give me my land.” The King was so taken with her that he obliged —and since she refused to be his mistress he proposed marriage instead.

This was pretty serious for a couple of reasons. First and foremost, she was a Lancastrian–which foiled the royal family’s attempt at forging an alliance with France. She was also a commoner who already had children by another man — sons, but not heirs to the throne. Furthermore, the marriage occurred in secret and some historians believe that it wasn’t done properly, meaning that the two were never technically married. Not only does that mean she wasn’t “technically” Queen, but the children she bore to King Edward IV were technically bastards. Drama abounded, and the royal family did not take to Elizabeth once her marriage to the King became common knowledge.

Matters were further complicated when King Edward IV died quite suddenly and the only son Elizabeth had bore him, little Edward, wasn’t old enough to reasonably assume the throne. So, King Edward’s brother Richard became the Lord Protector and started running the show. His first order of business was to get rid of Elizabeth and all her “bastard children” — in fact, he was so paranoid about them that he locked her two sons in the Tower of London. What happened to them after that became one of the most infamous mysteries in British history and has been depicted quite famously in several paintings. 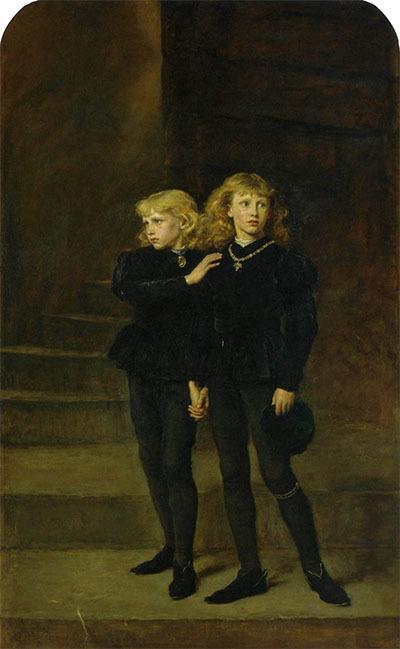 Elizabeth took off as soon as Richard crowned himself King, knowing that he was probably plotting her murder. In the meantime, she somehow had time to matchmake for her daughters and used the dowry of one of them — the eldest, Elizabeth — to enter an alliance with the Tudors. By marrying Elizabeth to Henry VII, she hoped that the Tudors would overthrow Richard. They did.

As Elizabeth Woodville entered her dotage, however, she still had trouble keeping the land that was due to her. But seemingly having had quite enough of the monarchy’s attitude toward her (and, you know, probably not wanting to be around for the infamous Tudor reign) she slunk away to live out her final days in a secluded Abbey where she died in 1483.

While she’s often forgotten about in history books, Elizabeth Woodville has been captured in fiction: Philippa Gregory’s book, The White Queen, has been adapted into dramatic and beautifully costumed TV dramas, and now we can all imagine determined and savvy Elizabeth in splendid GIF form.