The Inspiring Story Of Ellen Ochoa, The First Hispanic Woman In Space

Ellen Ochoa became the first Latina to venture into space in 1993 — then became director of NASA mission control in 2012. 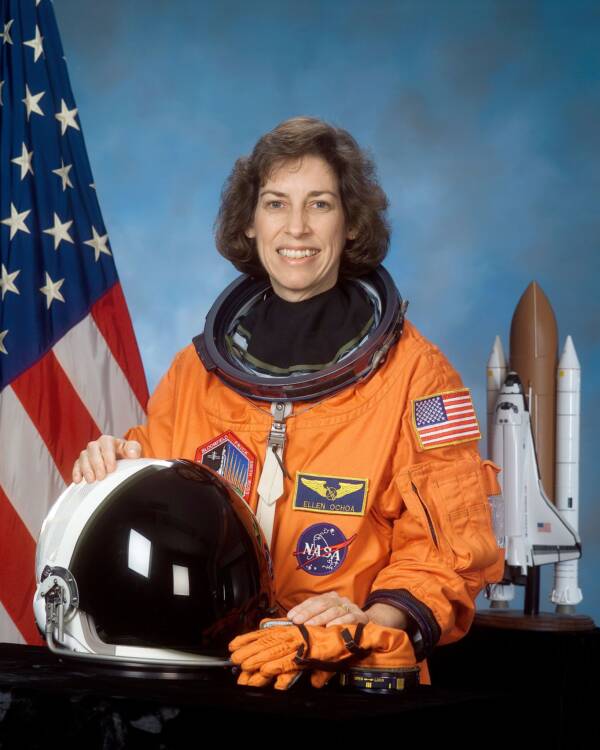 NASAOchoa in her space suit, ready for her last mission in 2002.

In 1961, Soviet astronaut Yuri Gagarin made history as the first person to travel into space and complete one full orbit of the Earth. A full two decades later, Ellen Ochoa added her name to that same history book as the first Hispanic woman to complete a nine-day space mission as a member of the Space Shuttle Discovery in 1993.

Ellen Ochoa, who grew up in the space age, watched as NASA launched missions to the moon. But Ochoa never dreamed of becoming an astronaut herself. Not until 1983, when she saw Sally Ride become the first American woman to travel into space. Inspired by Ride, she developed a dream of her own to become the first Hispanic woman to venture into space.

Ochoa would go on to achieve that dream, but it wasn’t a smooth ride initially. NASA rejected Ochoa twice from its astronaut training program before finally granting her admittance. Once accepted, she logged more than 950 hours in space, rising up in the ranks to become the director of mission control.

Who is Ellen Ochoa?

Born in Los Angeles in 1958, Ellen Ochoa learned the value of education early. When Ochoa was young, her mother enrolled in college. Between raising five kids while taking classes one at a time, Ochoa’s mother finally earned a college degree. It took her 22 years.

“In our household there was a big emphasis on education,” Ochoa explains. “My mom expected us to work hard and do well.”

In college, Ellen discovered a love of science. Although few women majored in science and engineering In the 1970s, Ochoa studied physics. And after earning a bachelor’s degree, Stanford University invited Ochoa to its graduate program in engineering.

After earning a doctorate from Stanford, Ochoa decided to add another line to her resume. She wanted to be an astronaut.

An Optical Engineer Who Wanted To Be An Astronaut

Ellen Ochoa was a doctoral student at Stanford when Sally Ride made history. It was this event that compelled Ochoa to apply to the astronaut training program after earning her doctorate in 1985. NASA rejected Ochoa in 1985 and again in 1987, all while Ochoa trained as a pilot knowing that her time would eventually come. In 1990, NASA admitted Ochoa. For the next year, the inventor trained to become an astronaut.

“I just don’t know that I would have ever gotten to the point of thinking about applying or actually applying if I hadn’t seen Sally,” Ochoa later confessed.

The similarities between the two women struck Ochoa. Both studied at Stanford and both majored in physics. Those commonalities made Ochoa think, “Well, maybe this isn’t the craziest idea ever and maybe this is something that I could actually do.”

Ellen Ochoa And The Discovery Mission

Ellen Ochoa graduated in NASA’s astronaut class of 1991. Two years later, she was in space.

That voyage – the April 1993 Space Shuttle Discovery mission – made history. Ellen Ochoa had achieved her dream, she’d become the first Latina in space.

On the mission, Ochoa manned the robotic arm. She successfully launched a satellite from the shuttle and retrieved it two days later. 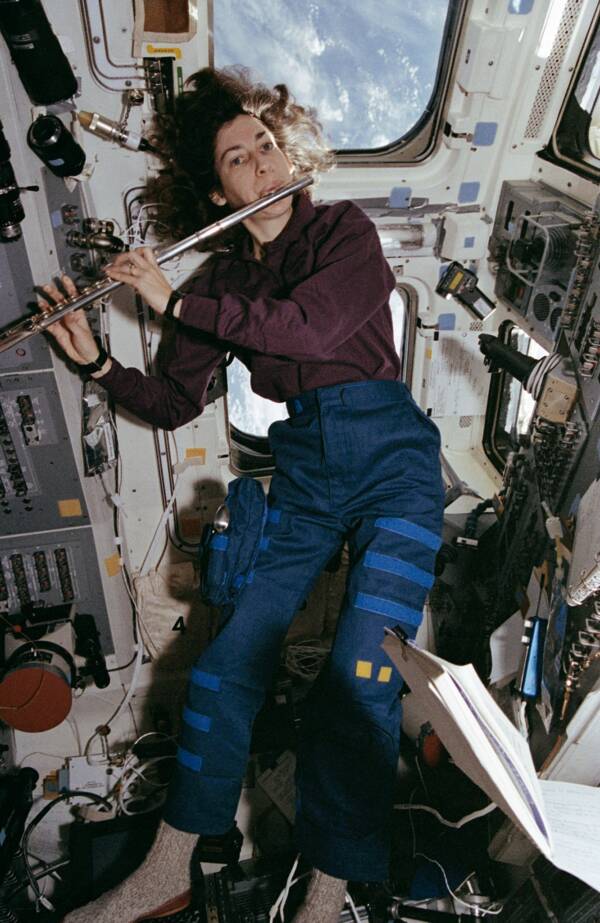 NASAOchoa brought a flute on her first space mission and played in zero gravity.

“I am committed to space flight, human exploration, learning how to do more and more,” Ochoa relates. “I like the fact that it is much bigger than myself, important to my country and to the world. I like being able to contribute in this way.”

Inspired by a female astronaut herself, Ochoa has used her position at NASA to inspire future generations of astronauts, including Latinas and other women of all different nationalities.

After her last space flight in 2002, Ellen Ochoa continued to devote her career to studying space. She took over as deputy director of flight crew operations at the Johnson Space Center, also known as Mission Control. In 2013, Ochoa became the director. 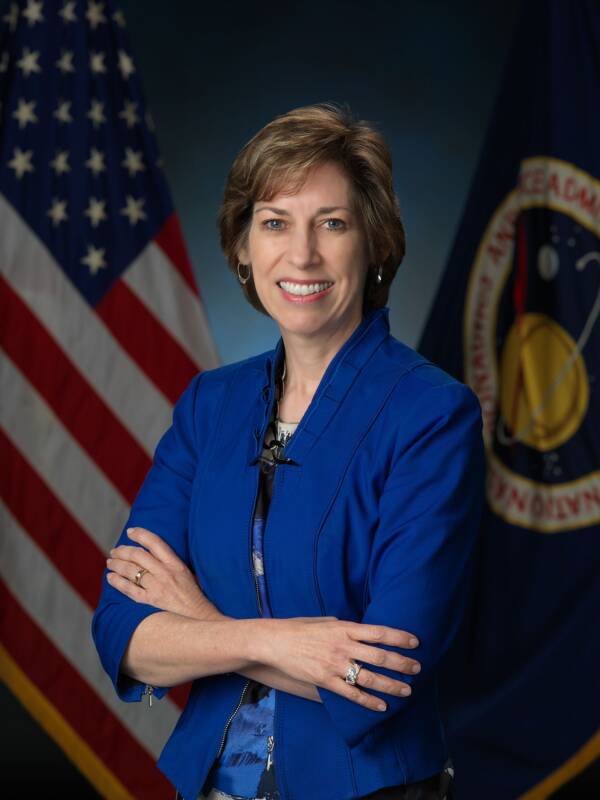 Bill Stafford/NASAOchoa became the Director of the Johnson Space Center in 2013.

As the director of the Space Center, Ochoa oversaw mission operations and research for future missions.

Throughout her career, Ellen Ochoa had encouraged women to study science and engineering. Today, women hold fewer than one in three STEM jobs.

“I think we need all the best and brightest people working in science and engineering fields, and that is certainly not limited to men or white men or anything like that,” Ochoa says. 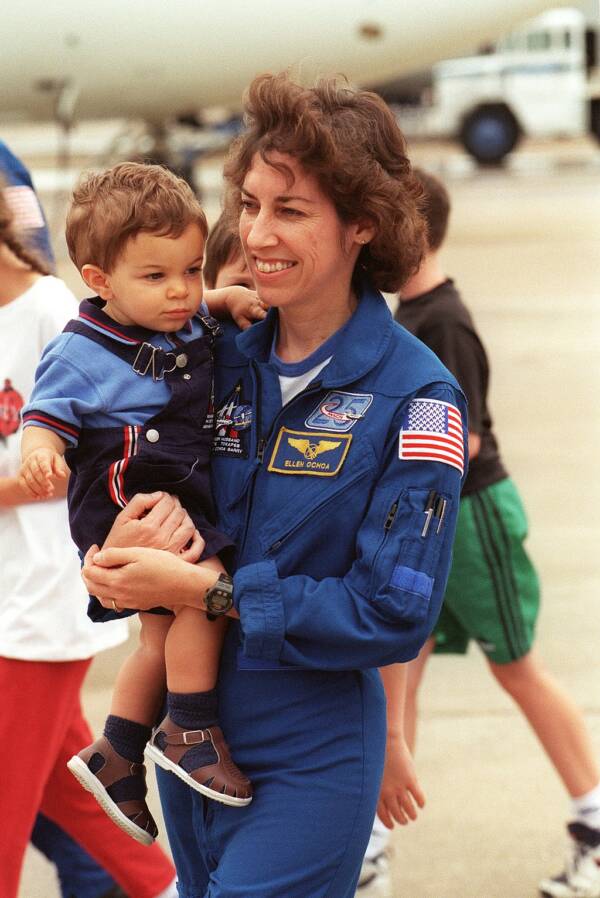 NASAOchoa reunited with her son after her June 1999 mission.

During her long tenure at NASA, Ochoa also became a mother to two boys. When one of her sons was four, he asked her, “Mommy, can boys be astronauts, too?”

Ellen Ochoa and Women in STEM

When she’s not in space or overseeing Mission Control, Ellen Ochoa often speaks to students – she’s given more than 300 speeches on the importance of curiosity and perseverance.

“Curiosity is probably one of the most important characteristics that people have who go into science, and engineering is about solving problems and creativity,” Ochoa explains. “I think those are things that really appeal to girls, but it’s not necessarily spoken of that way when people talk about science and engineering.” 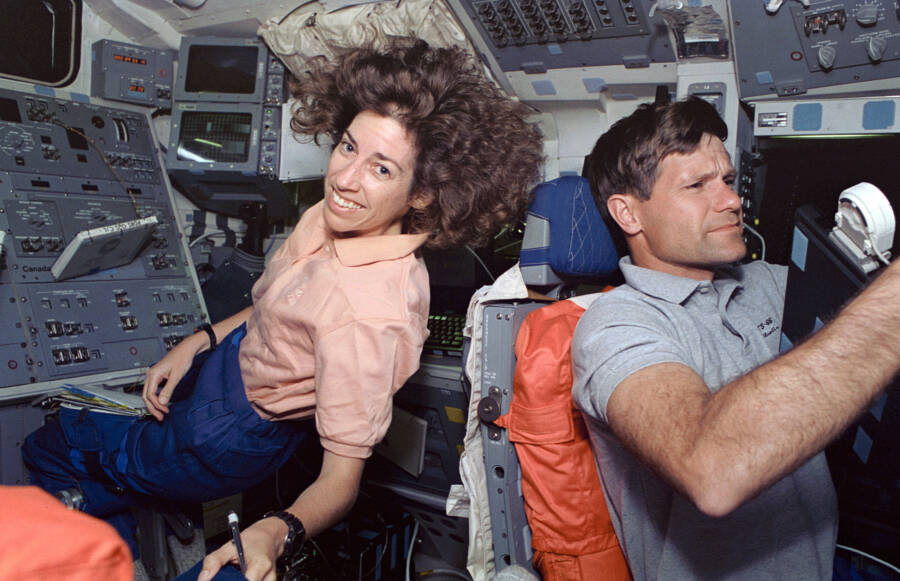 NASAEllen Ochoa and Donald McMonagle on the Space Shuttle Atlantis in Nov. 1994.

Ochoa witnessed a transformation in science over the course of her career. While working at a Department of Energy lab, Ochoa was the only woman on a team of 60. Only a small number of women graduated from Stanford’s electrical engineering program. At NASA, Ochoa was happy to find that women made up a quarter of those in her department.

“That caught my eye right at the beginning,” Ochoa recalled. “What you didn’t see at that time at NASA, though, was really women in leadership positions. You could sort of tell NASA had been working on recruiting a more diverse workforce, but they hadn’t really yet percolated into the leadership positions.”

By advancing to one of the top positions at NASA, Ellen Ochoa helped change that – while inspiring an untold number of women to follow in her footsteps.

Ellen Ochoa joins a growing number of women astronauts. Next, learn about Sally Ride’s history-making space mission and then read about Wally Funk, the woman who spent six decades fighting to go to space.