"This woman had all the supplies she needed to cause mass destruction at her disposal." 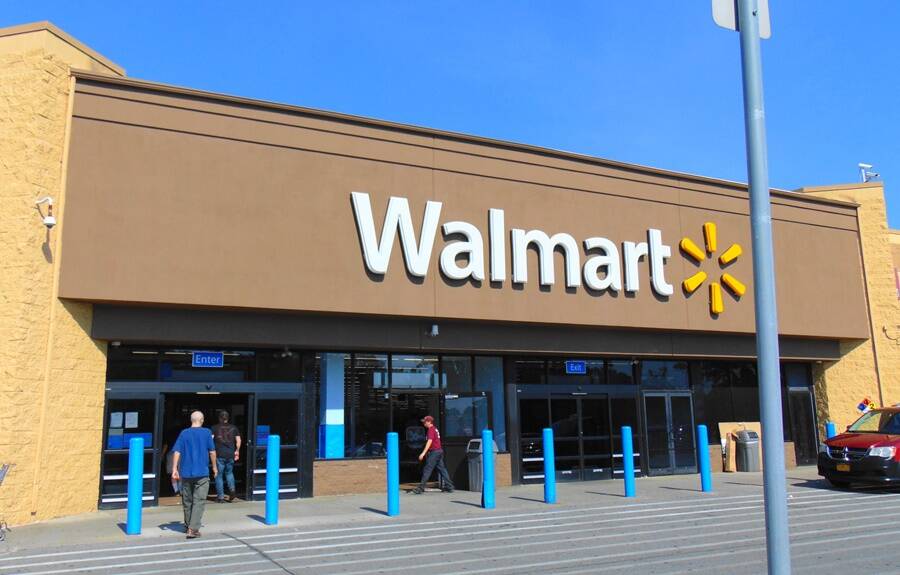 JJBers/FlickrA Florida woman was arrested after trying to make a bomb inside a Walmart.

Last weekend, a security guard at a Walmart store in Tampa, Florida was canvassing the outlet when he noticed something suspicious: a woman with a child had been walking around aimlessly for an hour opening up unpaid items. Among the items she collected were denatured alcohol, nails, and a mason jar.

When she tried to test out a wick, the guard realized what the suspicious woman was up to: she was trying to build a bomb, right there inside the store.

Florida’s WFLA is reporting that 37-year-old Emily Stallard was indeed collecting materials for a makeshift bomb with her son in tow and that the alarmed security guard quickly reported the woman to the Hillsborough County Sheriff’s Office.

The security guard also notified an off-duty Florida Fish and Wildlife Conservation officer who was in the store at the time. Together, the two men stopped Stallard before she lit a wick that would presumably have detonated her DIY device. When sheriff deputies arrived on the scene, the security officer and FWC officer had successfully detained her.

In a statement from the Hillsborough County Sheriff’s Office, officials said that the assortment of items Stallard also included projectile items and matches. 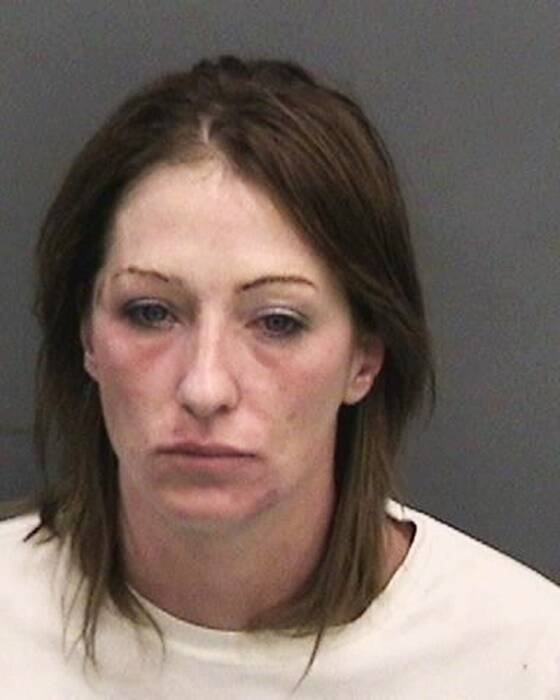 Hillsborough County Sheriff’s OfficeEmily Stallard was arrested and charged on multiple accounts after her bomb plot.

“This woman had all the supplies she needed to cause mass destruction at her disposal,” said Sheriff Chad Chronister. “Had it not been for an alert off-duty law enforcement officer and a watchful security staff at Walmart, she may have followed through with her plans to cause an explosion inside the store.”

He added: “I am proud of the quick response by the officer and security personnel who stepped in and the thorough job performed by my deputies to investigate this matter and make an arrest.”

After the possibly lethal incident was diffused, Stallard was arrested, though she managed to spit at the deputies while they were loading her into the police car. Following the incident, a Walmart representative said in a statement put out by the company: “We take the safety and security of our customers and associates seriously. We appreciate the quick response of local law enforcement and are assisting them as they investigate the matter.”

Stallard has been charged with firebombing, attempted arson of a structure, contributing to the delinquency of a minor, child abuse, and battery on a law enforcement officer. She remains behind bars with bail set at $8,500.

The incident no doubt has the retail chain’s employees and customers on edge after the deadly shooting inside of a Walmart store in El Paso, Texas, in August 2019. Twenty-two people were killed in the El Paso shooting while two dozen more were injured. 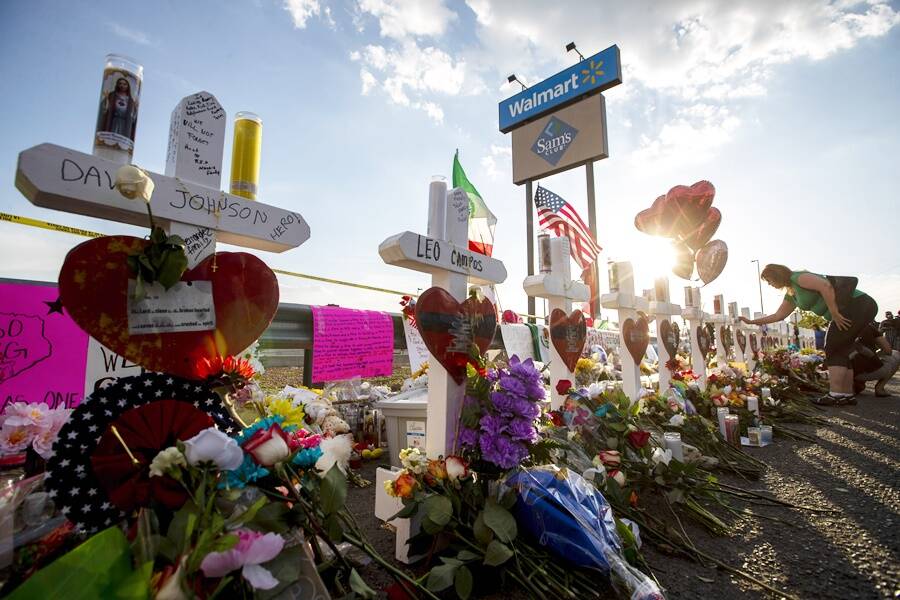 Xinhua/Wang Ying via Getty ImagesCrosses with names of victims placed near the Walmart center where a mass shooting took place in August 2019.

The ad hoc bombmaking attempt serves as a jarring reminder of just how unpredictable these kinds of attacks can be — even in the most mundane of places.

According to the US’ Bureau of Alcohol, Tobacco, Firearms, and Explosives, a total of 1,288 bomb threats were reported in 2017. The same report indicated “education, office/business, residential, and assembly” as the top four targeted venues of bomb threats with restaurants and courthouses making up half of the assembly targeted venues that year.

Just last week there were at least three separate bomb threats reported in courthouses in Wisconsin, Washington, and Pennsylvania. One of the cases involved a man who called in a bomb threat at the Lewis County courthouse in Washington state to impede court proceedings in a case he was involved in. The man has since been arrested and jailed with a $500,000 bail bond.

The unpredictability and randomness involved in these types of attacks can be disheartening, but the best way to combat possible bomb attacks is to stay vigilant.

“I can’t stress enough: if you see something, say something,” Sheriff Chronister said. “You don’t have to tackle a bad guy to be a hero. One phone call to law enforcement when you spot something or someone suspicious can ultimately save lives.”

Next, read the true story of Richard Jewell, the hero-turned-suspect in the 1996 Olympic bombing. Then, checkout these 11 outrageous ‘Florida Man’ headlines from last year.