Experts said the animal captured in the footage was likely the long-lost wolf breed. 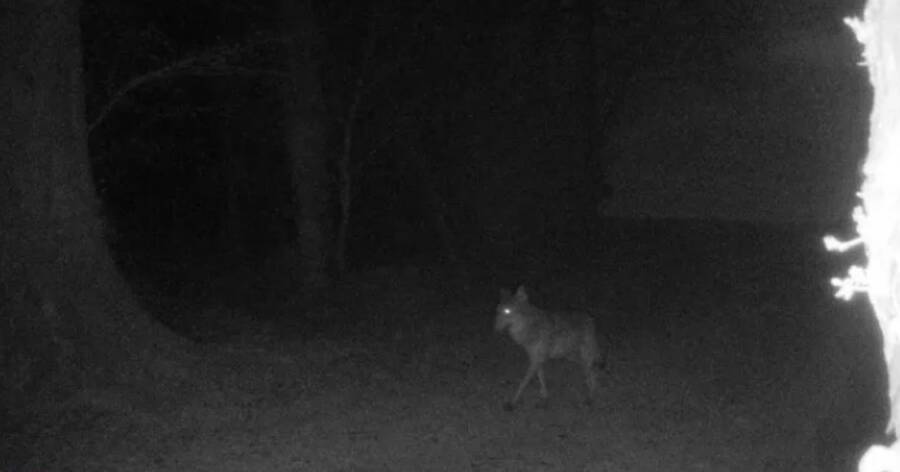 A European gray wolf may have been spotted in France’s Normandy region in what could be the first appearance of the species in the territory in 100 years.

According to local news outlet Francetvinfo, the extremely rare sighting was captured by a surveillance camera setup a few miles north of the town of Londinières. Resident David Desjardins was the first to witness the wolf’s on-camera appearance when it was recorded early morning on April 8, 2020.

Desjardins sent the grainy image to the French Office for Biodiversity (OFB), a public agency responsible for keeping track of the wolf’s population, for analysis.

Experts with the agency said the animal captured in the footage was likely a gray wolf or Canis lupus lupus, a breed of wild canine that was run out of the region by livestock farmers in the 19th century.

However, OFB officials emphasized that more evidence was needed for complete authentication of the sighting, especially given the low quality of the footage. 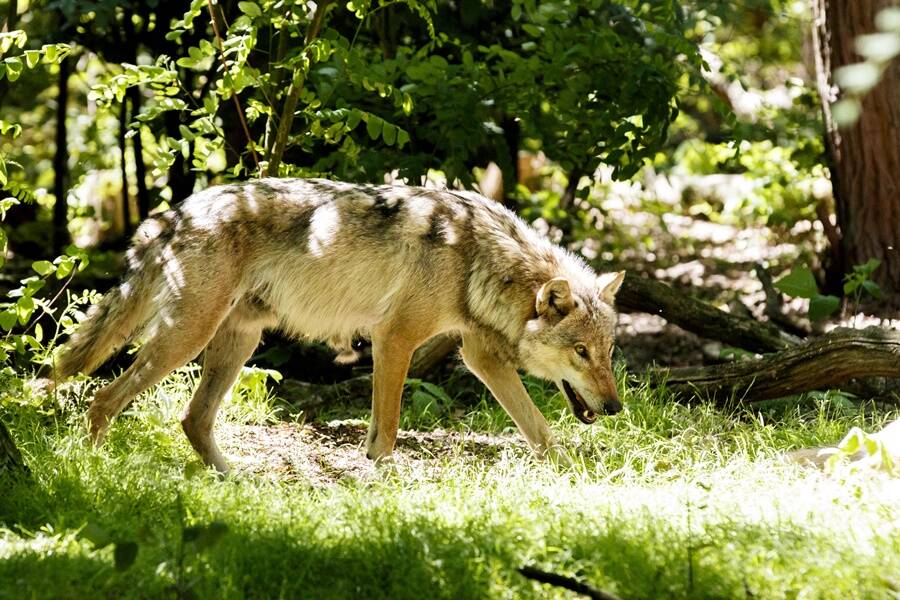 Morris MacMatzen/Getty ImagesAfter it was wiped out in the 19th century, the European gray wolf appears to be making a steady comeback across Europe.

“Given the quality of the images provided and considering that many breeds of dogs can have a size and coat colors similar to that of a wolf, this expertise should be considered with some reservation,” the OFB said in a statement.

The agency shared that the wolf photo was analyzed by “several people experienced in the identification of the wolf” and, though these experts think it is a high probability that the sighting is in fact of the long-lost species, authorities cannot be 100 percent certain.

“Only DNA analysis on biological material would remove doubts,” the agency told Newsweek.

Still, the news is cause for celebration. These European wolves once had an abundant population across Europe, particularly in the northern region of France. Unfortunately, the animal’s high population numbers at the time meant that encounters between the wolves and humans were frequent.

The wolves were considered a threat to the economy as packs often attacked sheep, cows, and poultry of local farms.

Local officials finally launched a public eradication program in the early 19th century, offering princely rewards to those who were able to hunt and kill the animals. Hunters needed to cut off and bring back the animals’ ears as evidence to claim their prize.

The program was a huge success in cutting down the local wolf population that terrorized locals and livestock but it also caused a severe decline of the species. However, modern conservation efforts that aimed to rehabilitate the wolf population have helped them bounce back across the continent. 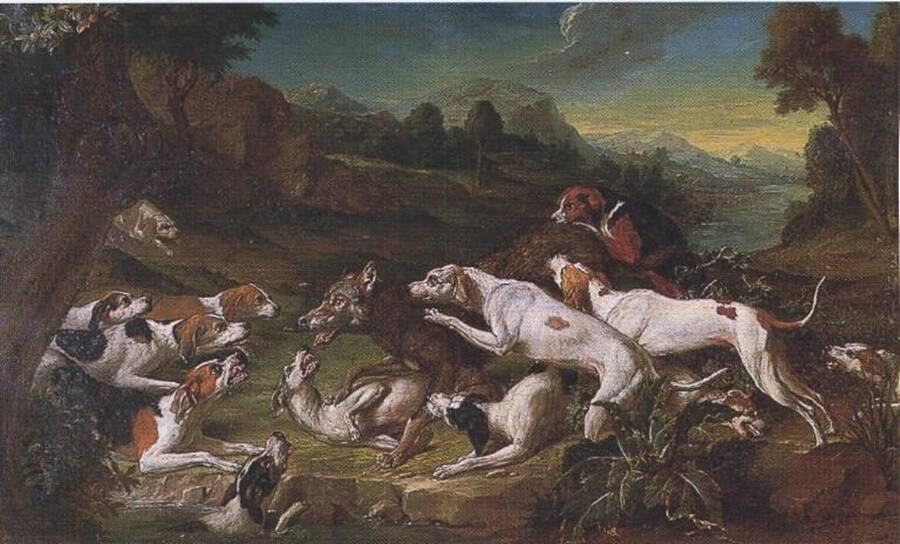 “It is in this territory from the forest of Eu to the forest of Eawy that the wolf was eradicated in the 19th century,” said Jean-Marc Moriceau, a historian and professor at the University of Caen who has written extensively about the animals’ history in the region.

“It is as if instinctively the wolf returned to where it had settled before being hunted by man.”

A 2015 report by the European Union counted at least 10 separate wolf populations which spread from Portugal to Poland with the majority found in the Baltic states.

Ironically, their numbers have rebounded so greatly that another report a few years later sought to address the impact that the wolves’ recovery could have — again — on the livelihood of local farmers.

Agriculture Minister Didier Guillaume has said, “We now consider that the wolf is no longer a species at risk of extinction, which is a good thing in terms of biodiversity.”

As the planet faces unprecedented environmental decline, more attention has been paid to the severity of humanity’s impact on wildlife.

The prevalence of wild animal sightings near human habitats amid the 2020 coronavirus lockdown is considered by many as a prime indicator of the influence human encroachment has over the environment.

Now, with the rehabilitation of nature around humans, it’s time to make sure the same mistakes don’t happen again.

Next, read how DNA from an extinct wolf was found in a pack of wild dogs in Texas and learn the tragic story of Takaya, Canada’s famous lone wolf who was shot dead by a hunter.