Before his tragic death, Takaya made the wild island territories near Vancouver Island his home for 11 years. 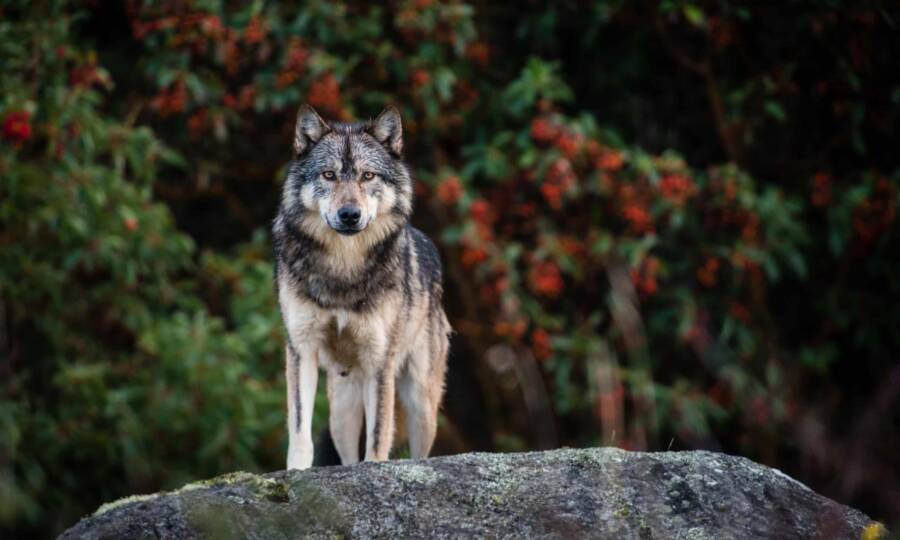 Canadians and animal lovers are mourning the death of a lone wolf known to Vancouver Island locals as Takaya after he was found shot to death in late March 2020.

But Takaya wasn’t just any wild animal. According to the Guardian, Takaya was part of a rare breed of wolf known as the coastal or sea wolf.

This species of wild canine is uniquely adapted to marine environments, like the many islands scattered near Vancouver Island where Takaya was known to roam.

Unlike their carnivorous counterparts who prey on wild deer, sea wolves like Takaya — who earned his name from the local Songhees First Nation tribe’s word for wolf — live off a diet of aquatic prey from shellfish to seals.

Their population has unexpectedly thrived over the last few decades with an estimated 250 of them believed to inhabit Vancouver Island, which covers 12,000-square miles. 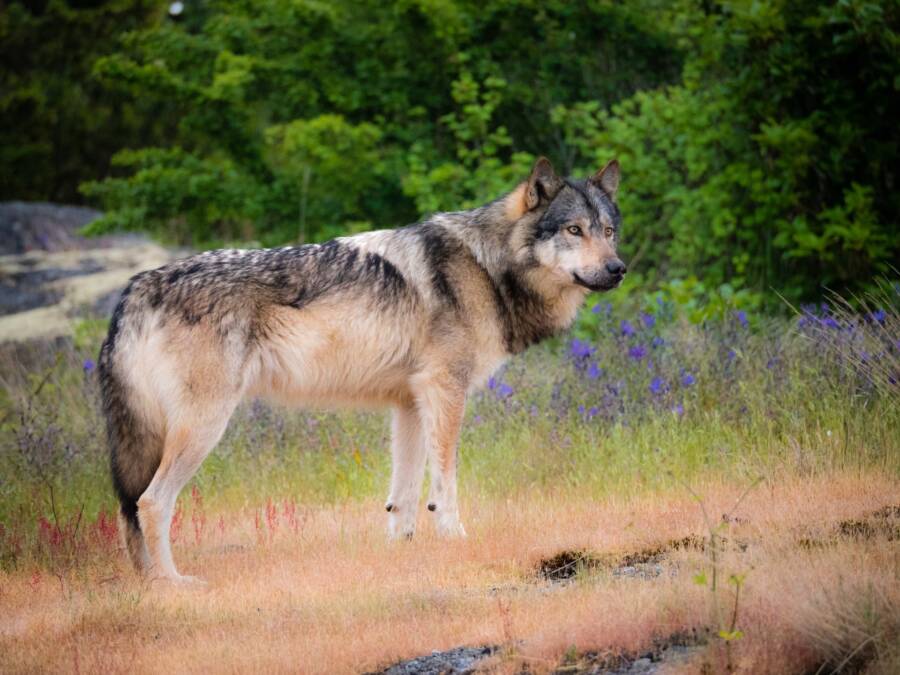 Cheryl AlexanderTakaya’s unique traits made him a fascinating wildlife fixture among residents and researchers.

After he was first spotted in 2012, Takaya made his way to the very eastern tip of Vancouver Island where he was seen swimming and trekking between the micro islands near Victoria’s shores ever since.

What made Takaya so unique was his habitat on the tiny islands in which he roamed freely on his own around the greater Victoria area, a part of British Columbia that is still largely untouched by humans.

The fact that he traveled solo was also unusual. Wolves typically remain in nuclear families before the offspring break off to form their own groups. But Takaya seemed happy without his own pack.

In fact, Vancouver Island’s most famous sea wolf displayed remarkable signs of ingenuity in adapting to the area’s eclectic weather. At some point, Takaya began to dig wells on the island, a behavior that stunned local biologists.

According to Chris Darimont, a wolf expert at the University of Victoria and the Raincoast Conservation Foundation, Takaya was an “extreme data point” for researchers.

“He really pushed the envelope of what’s possible ecologically, both in terms of how he made his living, and the small amount of space that he actually required to do so,” Darimont said, adding that no wolf had ever been recorded living alone for so long as Takaya had.

But it wasn’t just scientists mesmerized by Takaya’s special qualities. Before his death, Takaya was a celebrity among locals, many of whom had unforgettable encounters with the famous lone wolf.

Takaya’s unique lifestyle earned him fans around the world.

Among Takaya’s most loyal devotees was Cheryl Alexander, an environmental consultant and resident of greater Victoria who got her first look of Takaya up-close in May 2014.

Alexander since developed an obsession with the island wolf who residents often heard howling by himself at night, another unusual trait he displayed.

“There was something very captivating about him,” Alexander explained. “For whatever reason, I felt a really intense connection. I just wanted to learn about his life.”

She made frequent trips to Takaya’s territory on the islands near Victoria and developed a relationship with the Songhees Nation to permit her treks into the forests of their reserve.

Many made their way to the untouched wilds of the islands in hopes of getting a glimpse of Takaya. His popularity both excited and worried the Songhees Nation who own all of Chatham Islands and share a part of Discovery Island with the province of British Columbia.

“There’s a huge piece of culture that’s not known or appreciated,” said Mark Salter, the former tourism manager for the Songhees Nation. Salter said visitors often leave campfires and trash in their wake.

Fearing frequent encounters between Takaya and visitors would end badly, the government tried to capture Takaya to remove him from the area. This put officials at odds with the Songhees who regarded the wolf as an important cultural symbol. 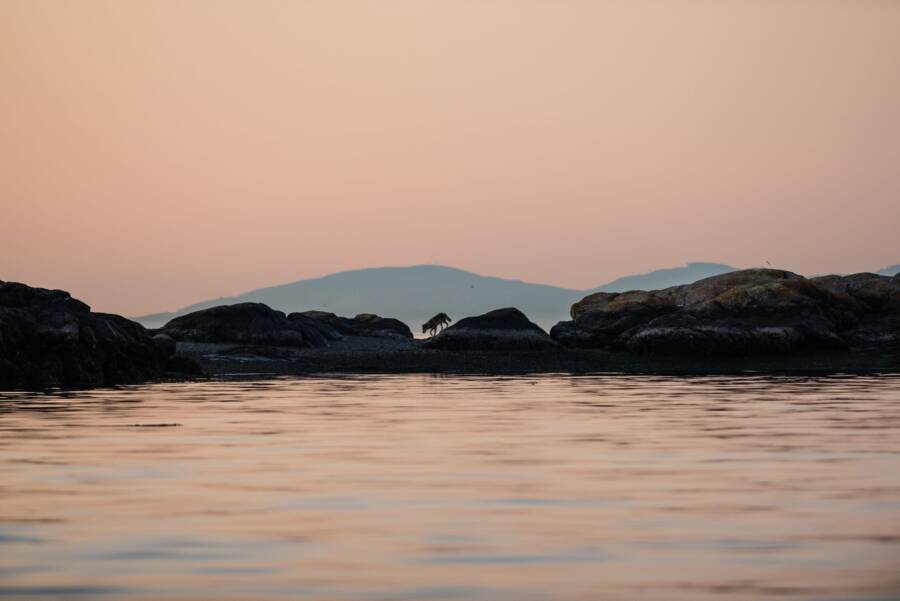 Cheryl AlexanderMany made their way to the wilds of Victoria’s micro islands where Takaya made his home for 11 years.

Takaya’s remarkable lifestyle even gained him worldwide fame when he appeared in the BBC Documentary Takaya: Lone Wolf.

In January 2020, however, Takaya somehow ended up on the other side of the shore closer to the city. Experts believe the urge to mate or scarce food in his territory may have forced the wolf onto the mainland and toward downtown Victoria.

Takaya was captured by local wildlife control. But instead of returning the famous wolf to his previous eastern island territory officials relocated Takaya to the other side of Vancouver Island, an unfamiliar environment for the 11-year-old wolf.

Then, tragedy struck. On March 24, Takaya was shot and killed after he got too close to a hunter’s dogs. The incident happened near Shawnigan Lake which is about 30 miles from where he was relocated.

“We understand many British Columbians and people around the world shared care and concern for the wellbeing of this wolf and this update will affect many people,” British Columbia’s Conservation Officer Service told Canada’s CTV news.

For Alexander — and many others — the news was nothing short of a tragedy. “It’s heartbreaking,” she said.

Next, read about Spitfire, the beloved Yellowstone wolf killed by a trophy hunter and learn about Dogor, the mummified wolf-dog ancestor that died 18,000 years ago in the Siberian permafrost.